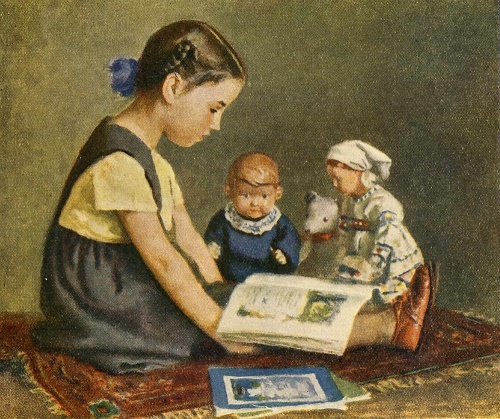 Soviet graphic artist Igor Ivanovich Yershov (7 November, 1916 – 6 February, 1985) – member of the USSR Union of artists. His father was an outstanding opera singer Ivan Yershov, and his mother Sofia – a singer and vocal teacher. In 1947, Igor Yershov graduated from the Academy of Fine Arts named after I. Repin. At first, he studied first at the fine art department, in the workshop of I. Brodsky, and then moved to graphic department, where his teachers were Shilingovsky, Zaitsev, I. Bilibin and K. Rudakov. His Diploma work were later illustrations to “The Bronze Horseman”. For this work, published in academic collected works of AS Pushkin, he was admitted to the USSR Union of Artists. 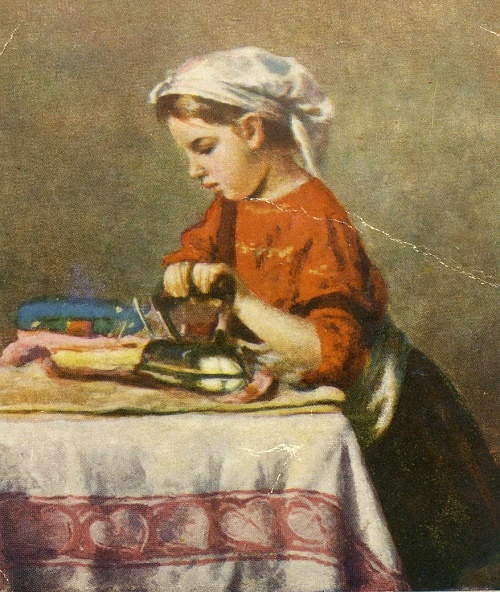 In 1948, he faced the difficult choice between the career of an artist or an opera singer. Thanks to his distinct baritone voice, acting talent and a beautiful appearance, he could make a brilliant theatrical career. Thus, by the end of 1948, he sang at the Maly Opera House in Leningrad, for 2 seasons. Besides, had success as Kurakin, in the opera “War and Peace” by SS Prokofiev and began acting in film-opera “Don Giovanni”. But as a result of deliberation, he decided that it was not his way, and not his destiny. All he wanted – to go the way of creativity – the creation, but not performing; as he saw himself in painting and drawing. 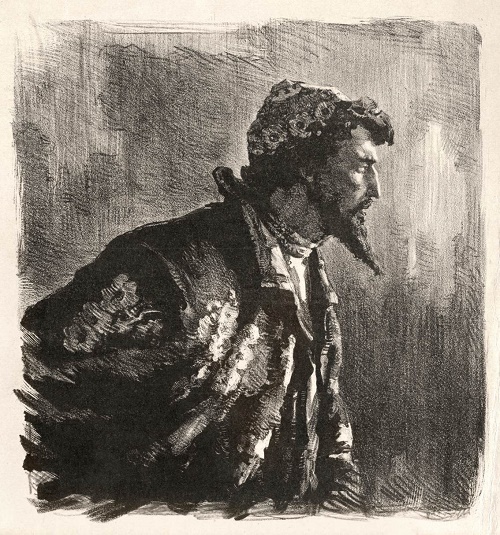 During the 1948-1954 he survived the most difficult for himself time of duality. It was the work of painting and drawing, “dry brush” portraits of leaders, workers, farmers, and later, he moved to illustrating children’s books. In 1956-60s he created his first watercolors and drawings remotely resembling the future paintings.

Since 1958, the artist worked a lot on children’s books. His illustrations to Russian folk tales and books of Charles Perrault and Pushkin remain in the memory of generations of young readers: “The Tale of the Golden Cockerel” (1956-57), “The Tale of the Fisherman and the Fish” (1956-57) “Russian folk tales” (1957-60). In addition, Ershov Illustrated poems of contemporary poets: G. Sapgir, E. Rhine, and Dudin. 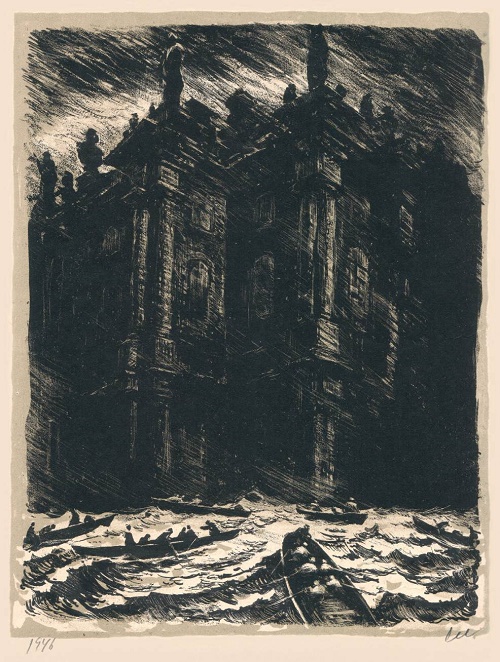 As a graphic artist, Yershov worked in lithographs, lino-cuts, screen printing, and watercolors. Since 1970, he worked together with his daughter, painter Xenia Krivosheina (Yershova). Together, they have illustrated several children’s books that have been published in Finland, Holland, and England. 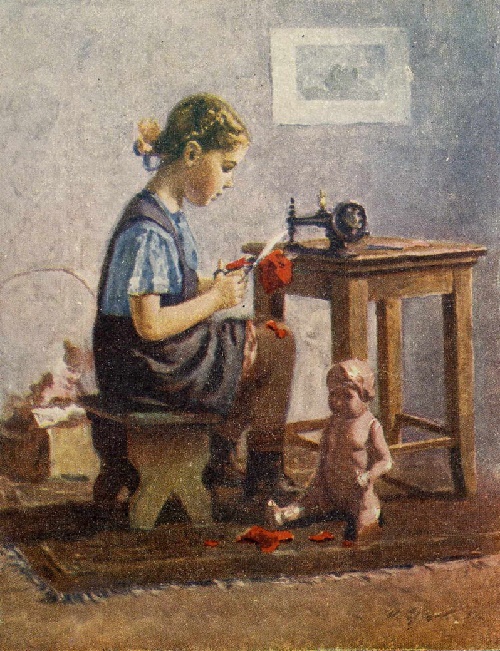 Igor died on February 6, 1985 in Leningrad. First, the personal and the posthumous exhibition was held in Leningrad in 1989. In 2003-2005 acted exhibition “Tales in the engraving” of II Yershov and KI Krivosheina (Yershova) at the State Russian Museum. In 2005, was a great exhibition of the Mikhailovsky museum reserve named after AS Pushkin dedicated to the 20th anniversary of the death of the artist.

His works are in the collections of many museums: the State Russian Museum, the Museum of History of St. Petersburg (Peter and Paul Fortress), the Russian Museum of AS Pushkin, the Russian National Library named after Saltykov-Shchedrin; State Museum of Fine Arts in Arkhangelsk and abroad: in the “Museum” Carnival”, (Paris), the Library of Francois Mitterrand (Paris), and in private collections in France and England. 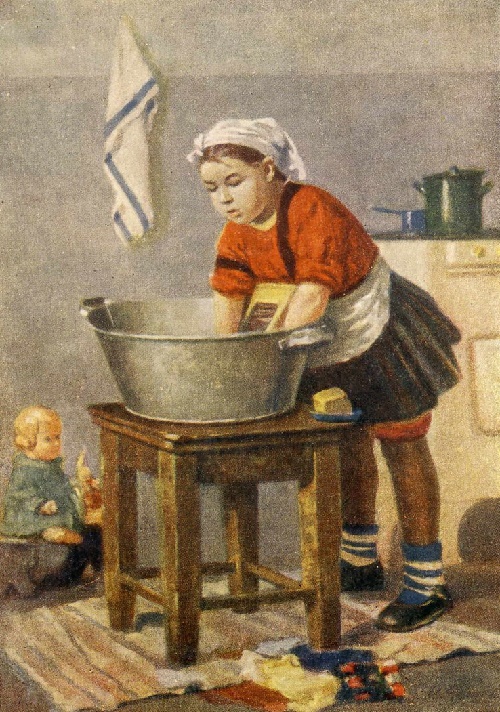 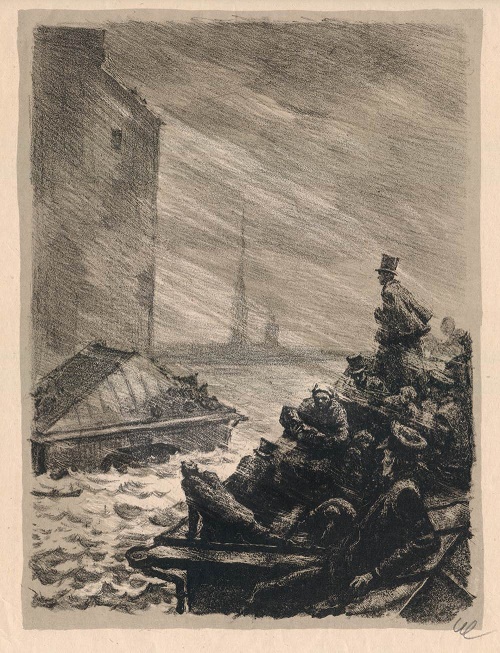 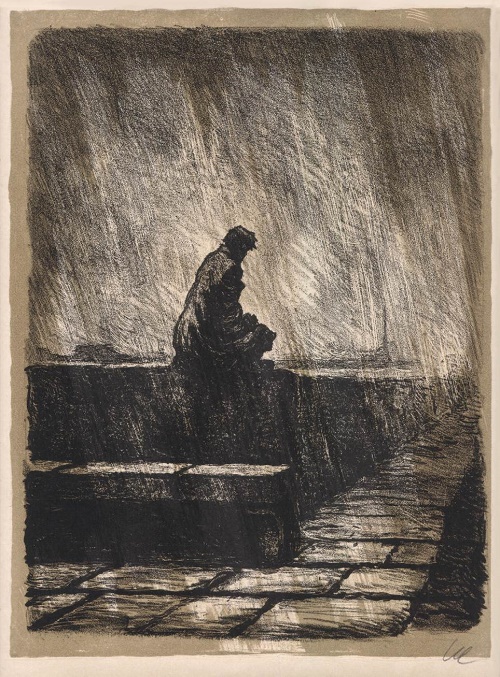 From the Petersburg series. 1946 lithography 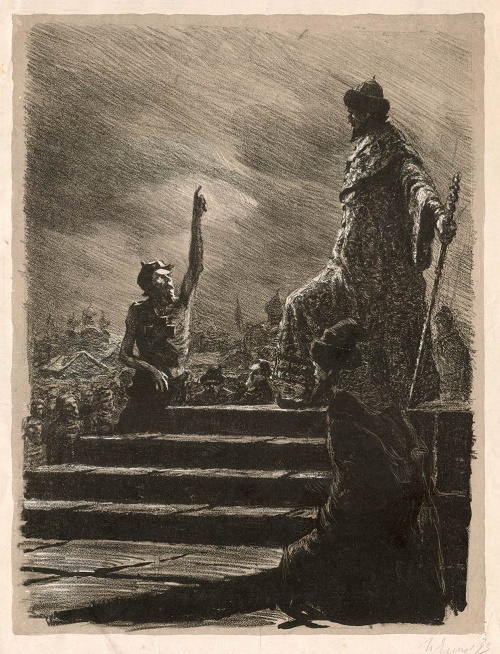 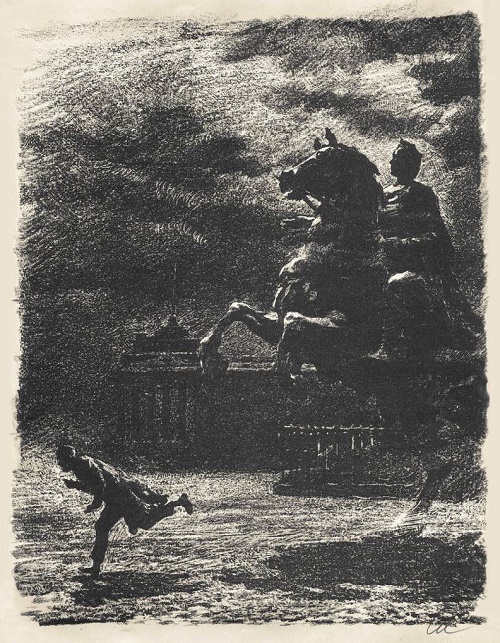 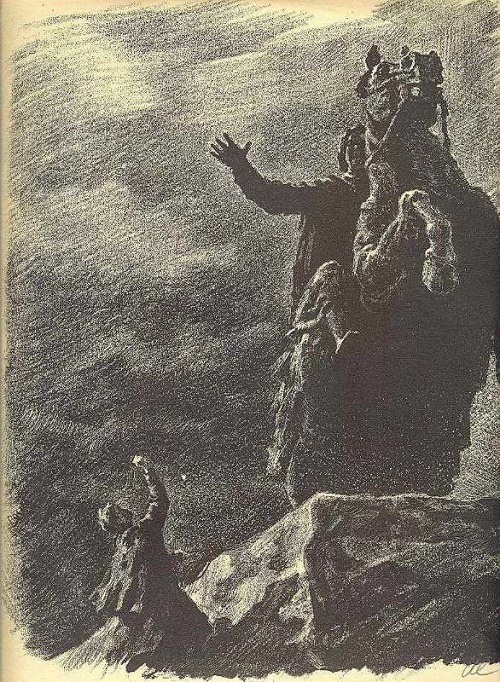 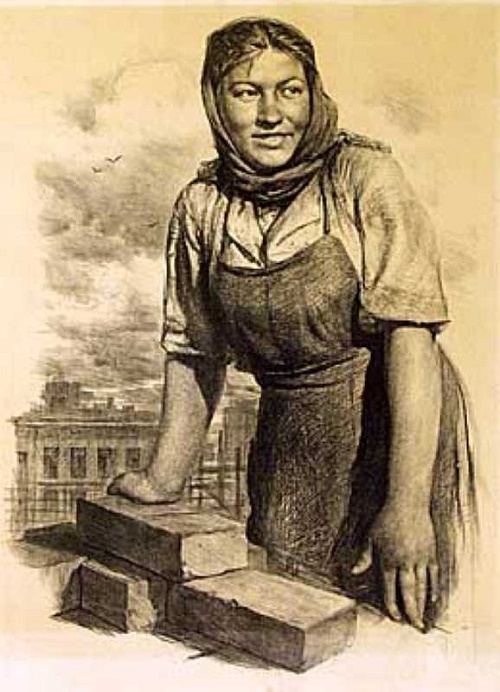 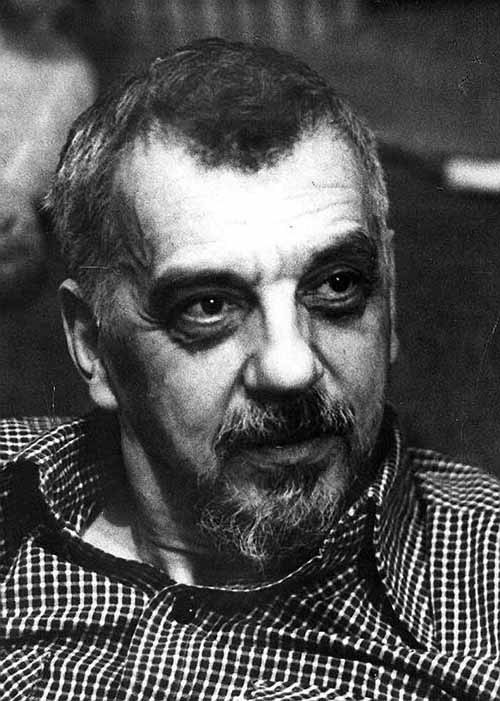 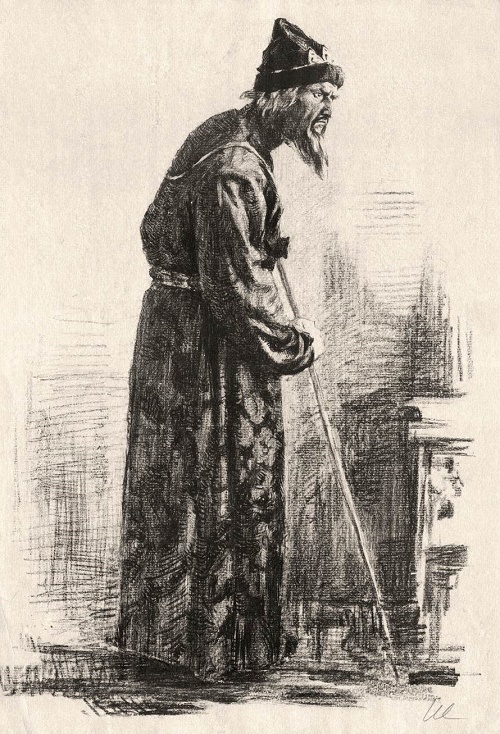 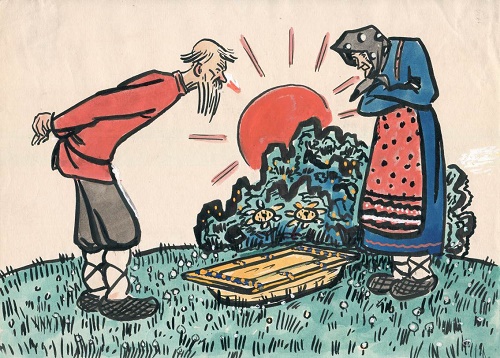 An old man and a gold fish. Illustration for Pushkin tale 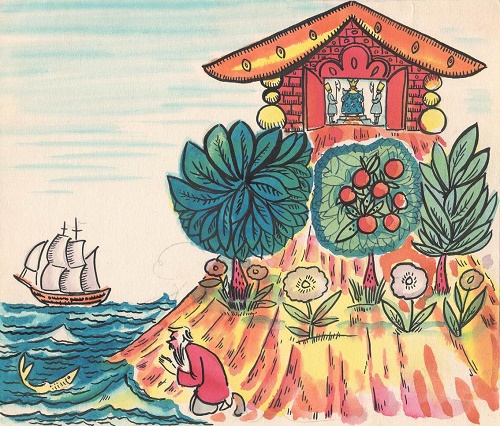 Pushkin’s tale An old man and a gold fish. Illustration 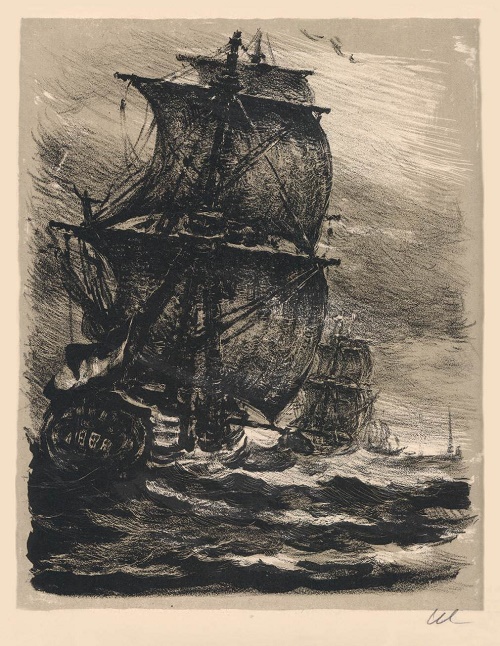 In the sea storm 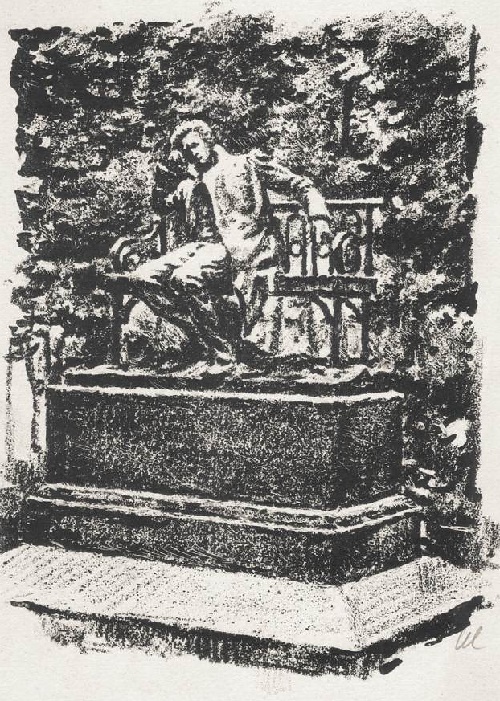 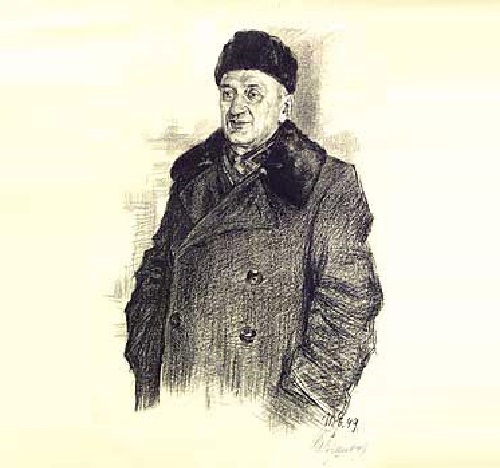 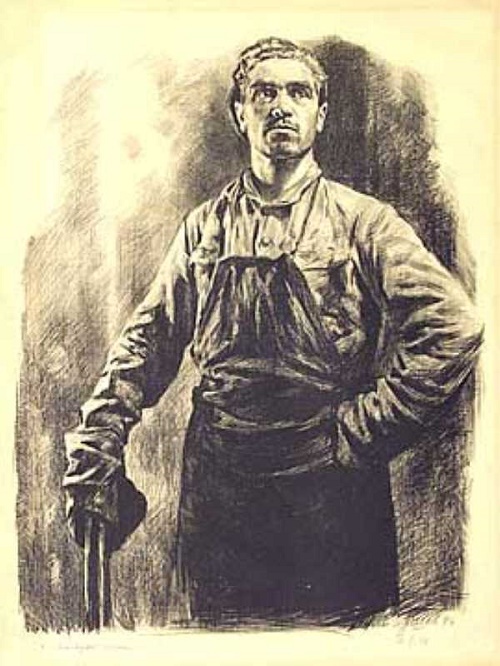 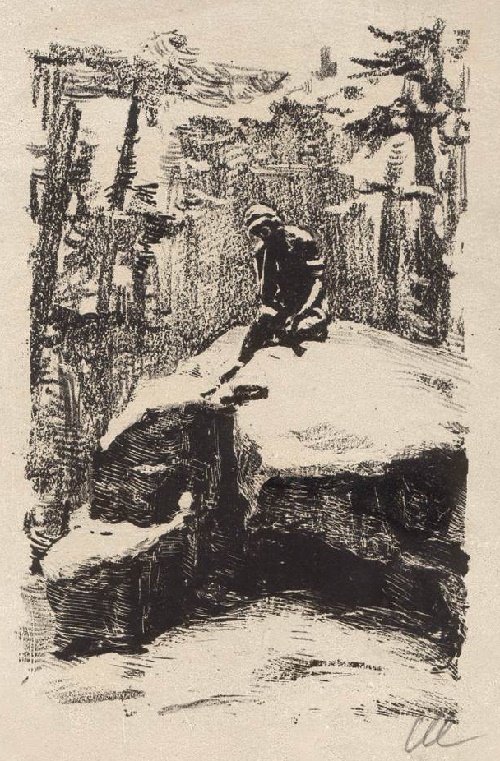