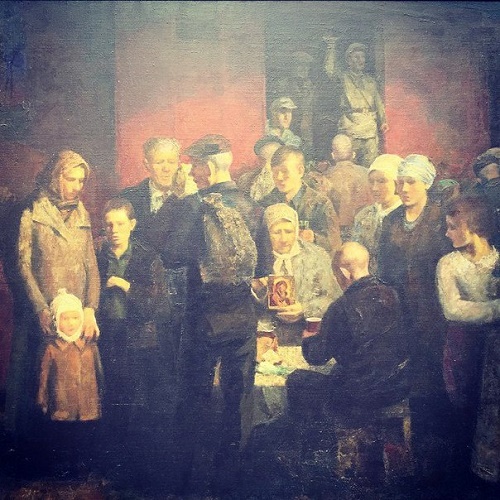 Soviet artist Stepan Yegorovich Orlov – member of the USSR Union of artists (1970), Honored Artist of Tuva ASSR (1982), Honored Artist of the RSFSR (1991). Born on August 3, 1929 in the village of Kalugin, Kazakh SSR, Stepan Orlov spent his childhood and adolescence in Magnitogorsk, the Urals. To survive during the difficult years of war, the boy had to begin working at the age of twelve. He worked at the Central Club of builders as an apprentice of artist. And in 1947 – as the artist in the open-hearth shop of the plant, simultaneously studying at night school. Then, in 1955 he entered the Leningrad Art College of Serov. After graduation from the college, in 1960, he arrived in the Siberian city of Krasnoyarsk. There he began working in the Art Fund. His first steps in Soviet art connected with the romance of the construction of the Krasnoyarsk hydroelectric power station in the city of Divnogorsk. The first work – “Portrait of a welder Reutsky”. Then followed a series of portraits, which brought him the deserved fame of a brilliant portrait artist. His work combines restraint and inner strength, deep emotionalism, images filled with drama. 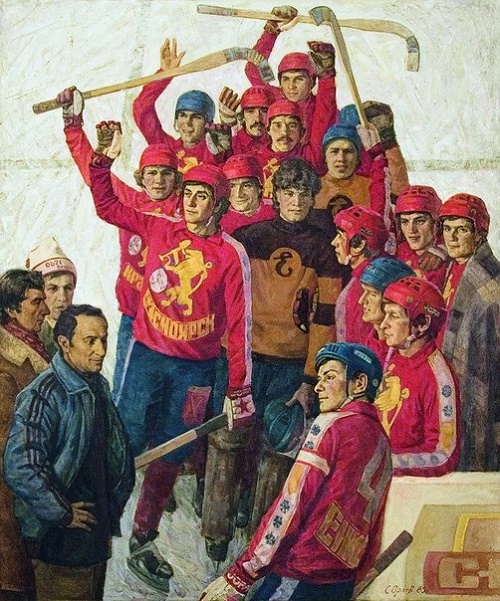 Since 1961, Orlov – participant of art exhibitions – regional, zonal, and then the republican and All-Union exhibitions. As a result, in 1970 became a member of the USSR Union of Artists, and was a board member of regional organization. Also, he was the chairman of the Arts Council, a delegate to the Congress of Soviet artists.

Throughout his life the artist showed great interest in the theme of the Great Patriotic War (“Father. 1941”, “Namesake”, “In the guerrilla headquarters,” “Back in 1941”). In the paintings of recent years he showed himself as the artist who is in love with life. He also painted a lot of portraits, many of them female, in which the artist managed to convey especially fine romantic image. 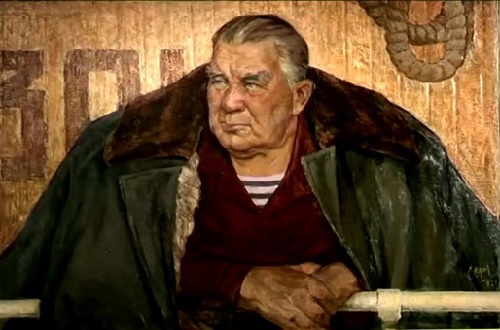 The last years the artist completely dedicated to the landscape, the main motifs of his works are the suburbs of his native Krasnoyarsk. He worked as a graphic artist, preferring sanguine, charcoal, pastel (“Portrait of the daughter,” triptych “Khakassia”). He managed to create a number of important works in monumental art. In particular, he created mosaic panels in the city Palace of Culture, the mosaic on the building of the railway post office, working in the technique of sgraffito. In these works monumental beginning, characteristic of Orlov, acquired its vivid expression. 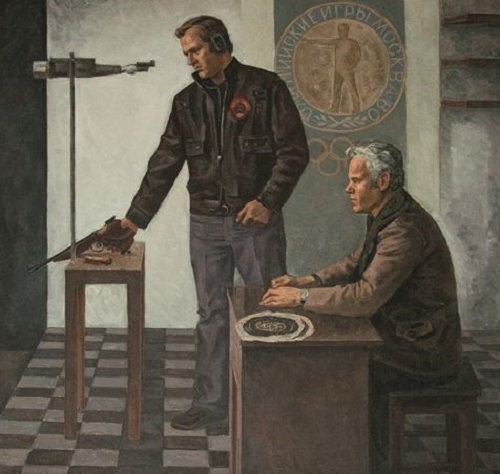 World champion in shooting G.N. Zapolskikh and his trainer 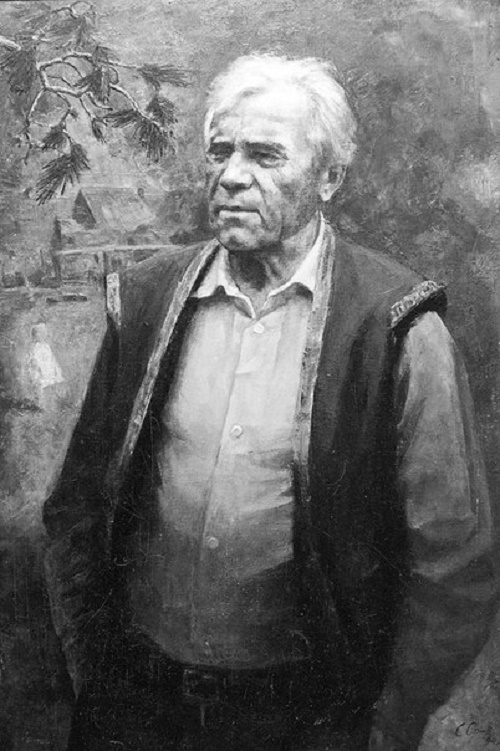 Portrait of the writer VP Astafyev (1994) 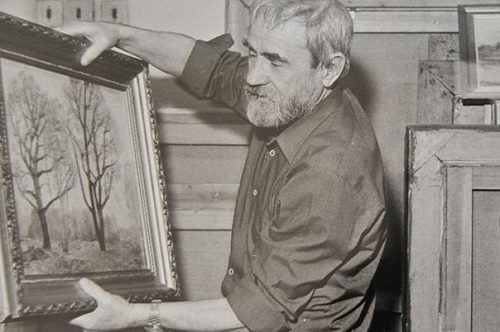 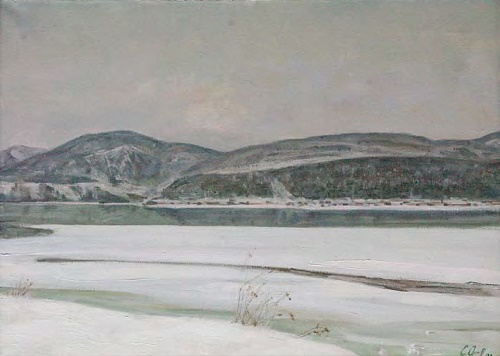 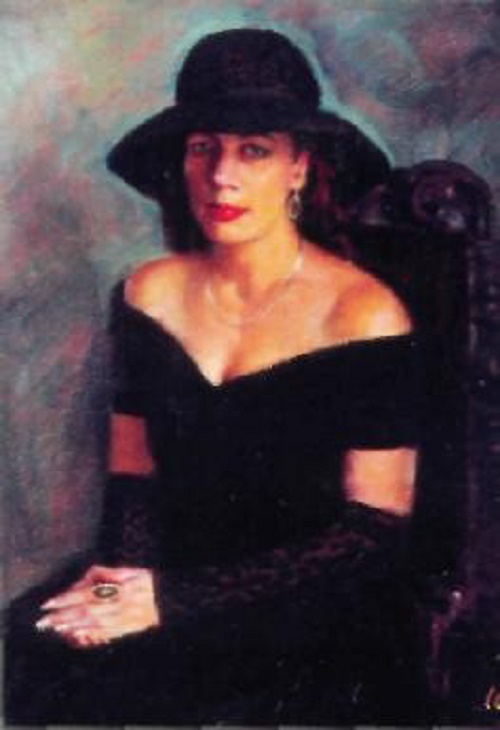 Woman in a hat. Portrait 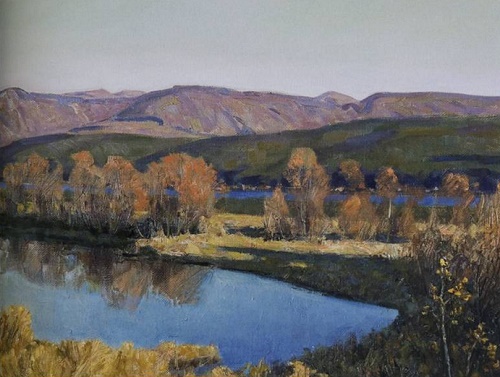 Autumn landscape with the flow. 1997. Oil on canvas 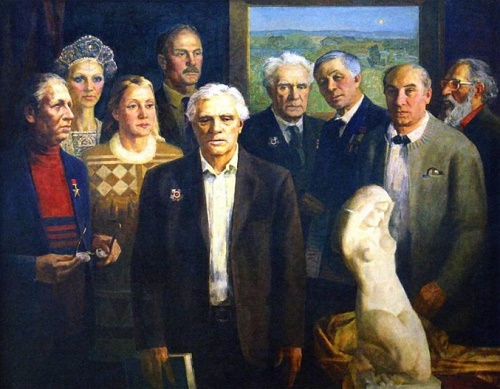 Figures of culture and art of the Krasnoyarsk Territory. 1987-1997. Canvas, oil 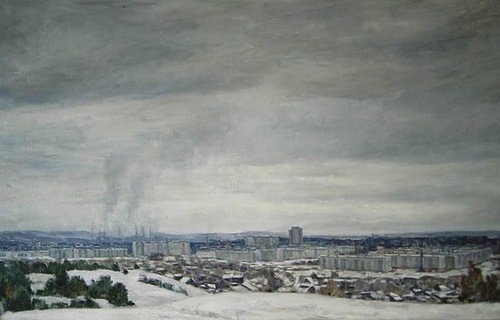