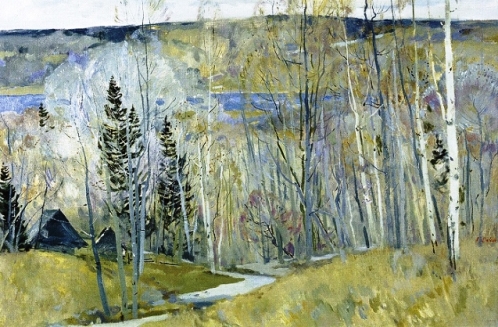 Art must be profoundly national, for only in this way it becomes international. Soviet artist Pyotr Fomin. The art lovers know Pyotr Fomin primarily as a poet of Russian nature, the singer of the Northern Territory. It is said that the artist is often similar to his works. With regard to the work of Fomin this statement is true. The simplicity and openness, kindness and naturalness are the features of his art and nature. These qualities Professor Fomin, rector of the oldest artistic institution of the Soviet Union – the Repin Leningrad Institute educated his students. Peter Timofeyevich Fomin (1919-1996) – Russian Soviet painter and teacher, People’s Artist of the USSR (1991), Member of the St. Petersburg Union of Artists (before 1992 – the Leningrad branch of the Union of Artists of the RSFSR). Participant of Great Patriotic War, Pyotr Fomin was awarded Order of the Patriotic War II degree (1985), medal “For Victory over Germany in the Great Patriotic War of 1941-1945”, medal “For the Defense of Leningrad”. 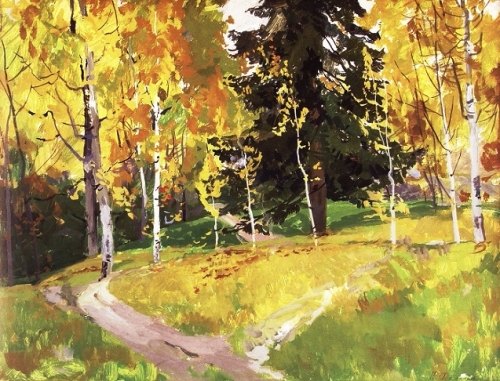 He knows how to convey the landscape history and modernity to create a truly lyrical work, bring a light motif of life-affirmation. Most close to the artist is the time when the earth wakes up from its winter sleep. His paintings could be combined under the general name “Springs of Russia.” They reveal the inexplicable charm of a joyful, gentle state of nature in his native Pskov region, and the city on the Neva. The colorful gradations, their trepidation, turn into a clear image of nature. 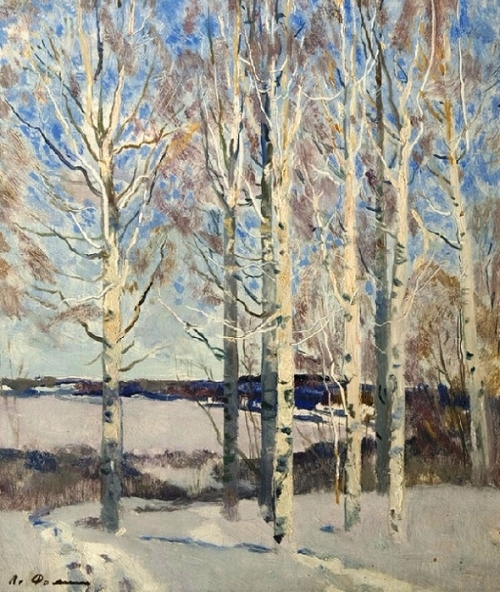 The ability to see and distinguish, to see and to feel the nature – came from a childhood spent in the Pskov region, the birthplace of Fomin. “I was lucky, – said Pyotr, – that I was born in the village and lived there in the time of formation of artistic interest to unfolding grass, the river, the change of seasons, and changes in the nature. Much was learned with the observation of the animal world. I began to sculpt them – horses, cows, sheep – from clay and put these sculptures to dry under the bridge. 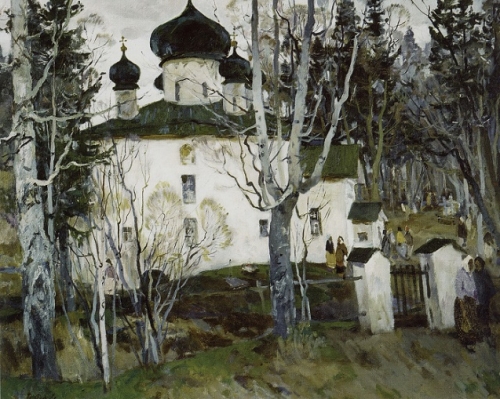 Church of the Nativity in Malakh, 1994

Fomin painted in the school in the village of Bashov and then in Leningrad, in the Vyborg House of Culture, and the regional art school. In the late thirties he began pedagogical activity of the artist in high schools where he taught children paint and draw. Later Fomin painted already at war. A little bit at a hospital, and made posters for military units, newspaper flyers. Volunteer, he fought on the Leningrad and the 3rd Belorussian fronts, participated in the fights for Konigsberg. 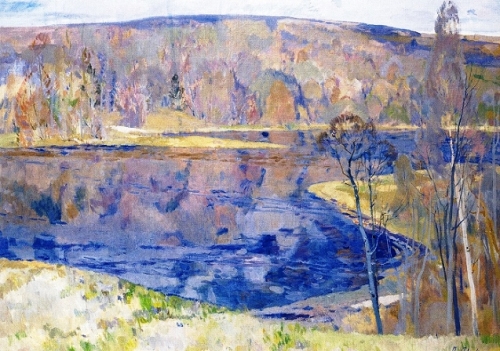 Many years later he would return to the courage of the Soviet people who have known war, turn to the pages of the heroic revolutionary history. And first painting which completed his studies at the Institute of Painting, Sculpture and Architecture named after Ilya Repin, where he studied, was the diploma work “Kutuzov at Borodino.” Choosing this theme was also not accidental, it was linked to the Great Patriotic War. But the battle genre did not become decisive for the artist – a sense of Fatherland, deep and lasting, he expressed primarily in the landscape. After all, the spiritual life and the memory of people can store nature itself.

P.T. Fomin died on January 9, 1996 in St. Petersburg at the age of seventy-seven. His works are in the State Russian Museum, the Tretyakov Gallery, in Art museums and private collections in Russia, Great Britain, Japan, the USA, France and other countries. 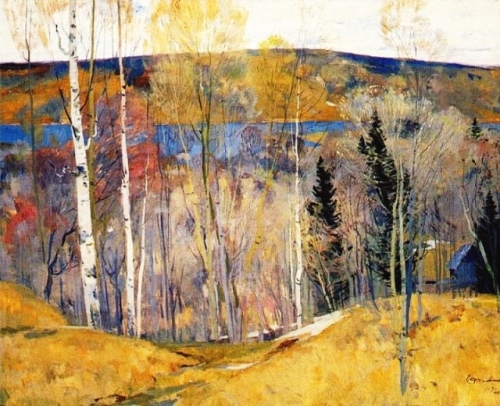 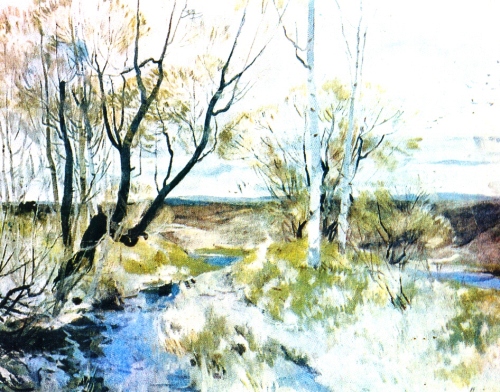 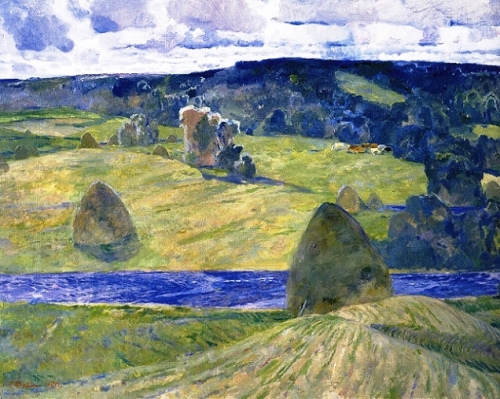 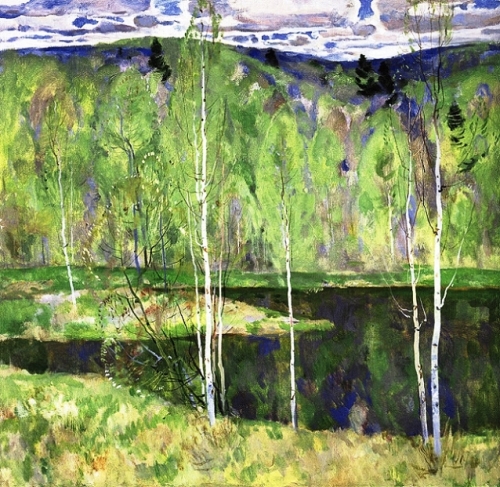 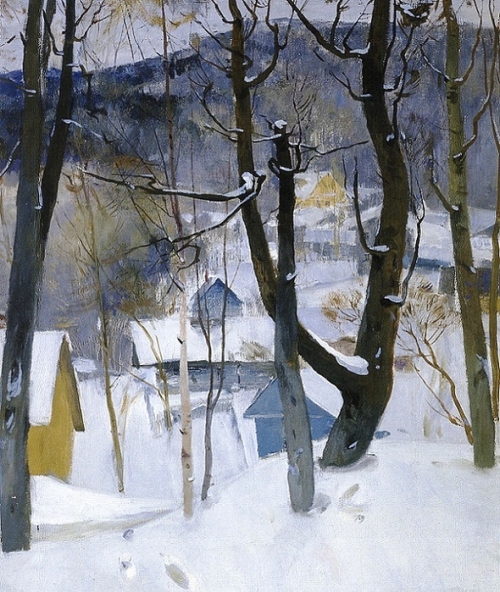 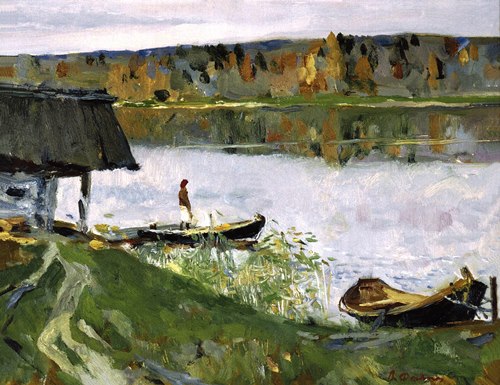 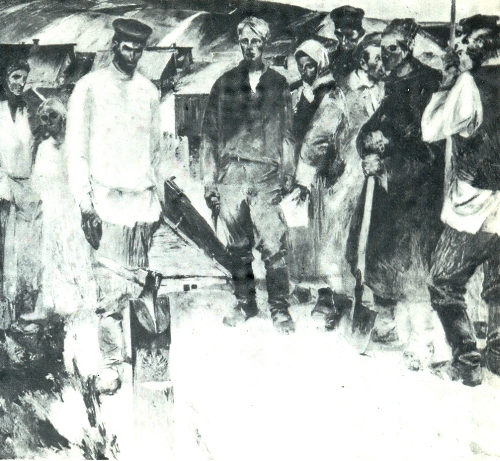 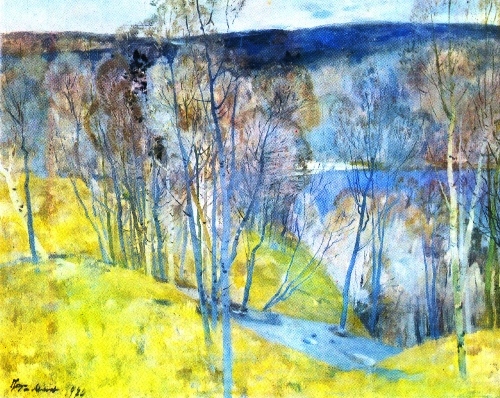 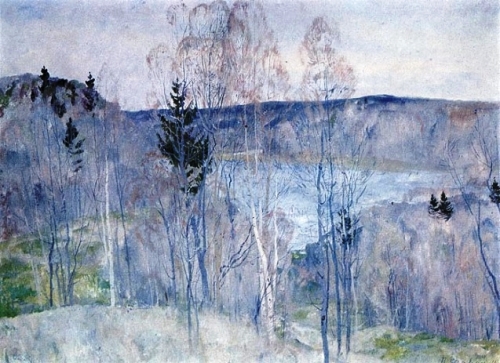 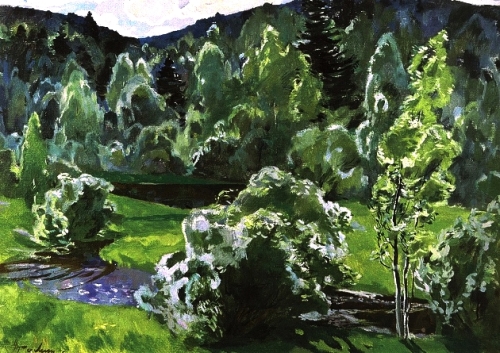 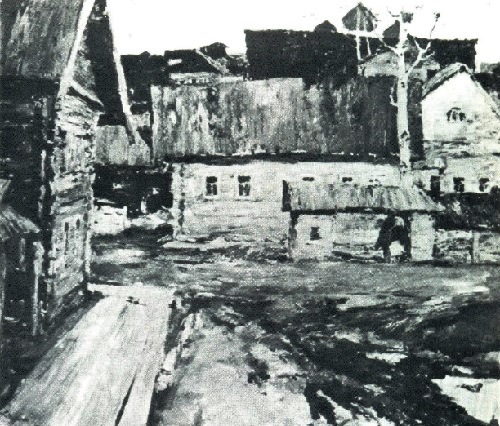 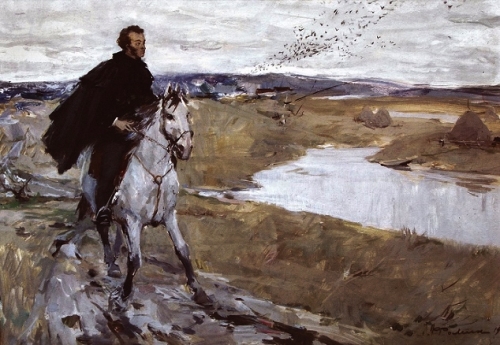 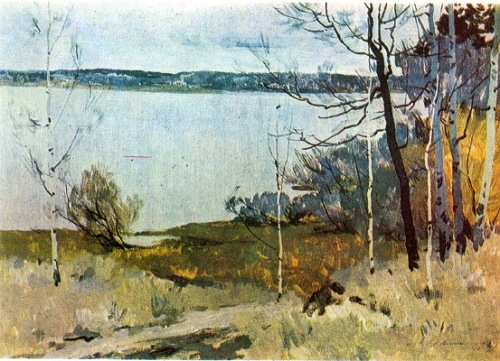 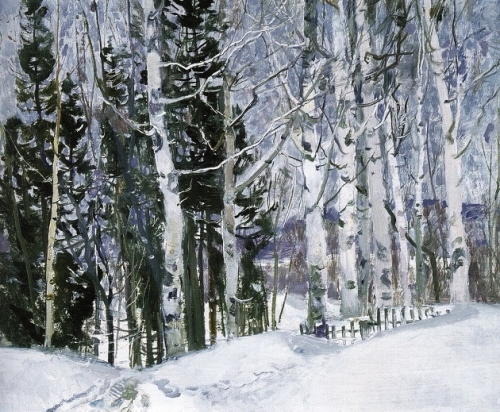 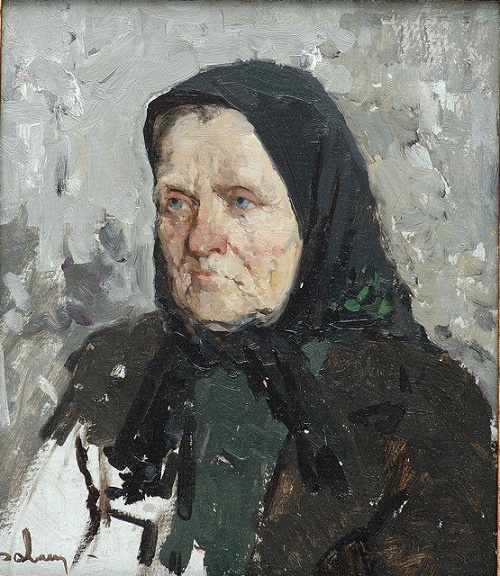 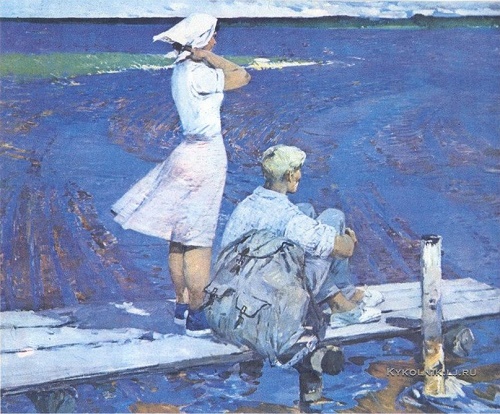 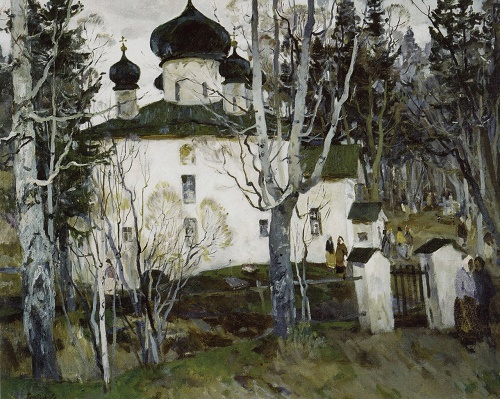 Church of the Nativity in Malye. 1994 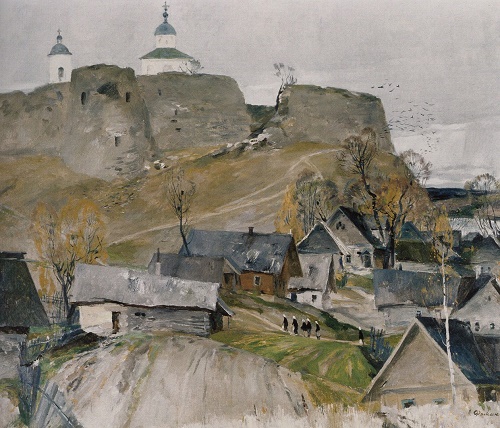 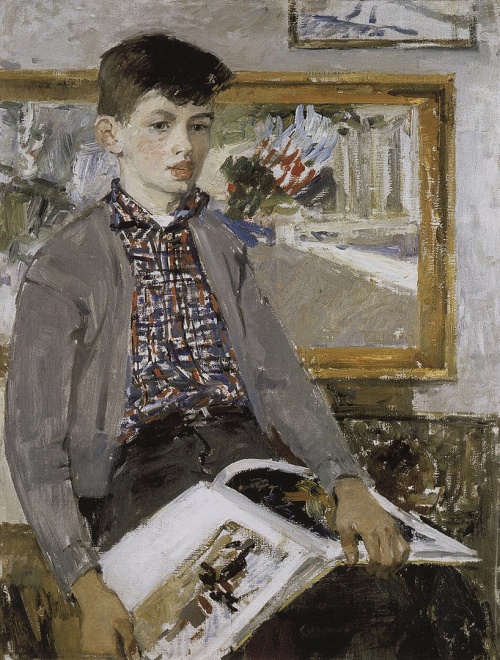 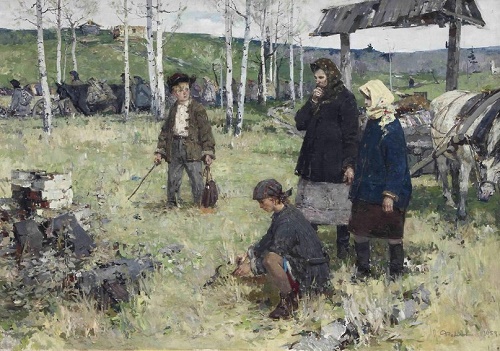 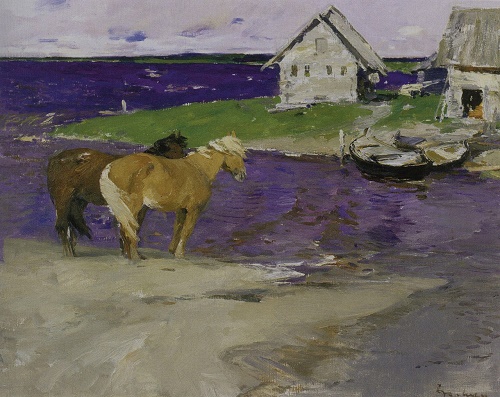