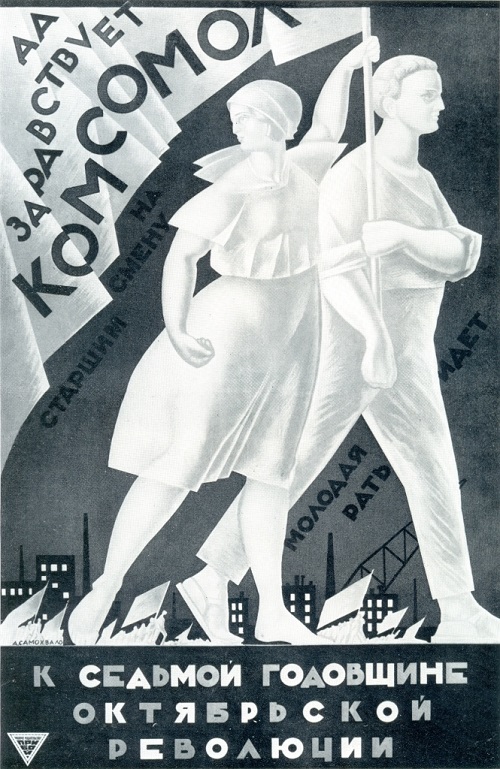 Long live the Komsomol!. Poster. 1924. Soviet artist Alexander Samokhvalov (1894-1971), Honored Arts Worker of the RSFSR, a member of the Leningrad Union of Artists of Russian Federation

By the seventh anniversary of the October Revolution, the artist AN Samokhvalov created the poster “Long live the Komsomol!”. Gusty movement of the figures, marching rhythm of the composition creates an emotional image, close to the lines of Komsomol poet- song writer A. Bezymenski:
Go forward. Along the sunny roads,
To the factories, the mines, the court!
To all countries and Oceans we’ll spread the scarlet banner of labor!

This poster symbolized a purposeful movement forward, romantic and daring youth, abruptly and rapidly moving to the goal.
By studying the artistic heritage of the famous Soviet artist Alexander Samokhvalov, one may be surprised at his ability to vividly respond to the most important events of the time, immediate and enthusiastic he had witnessed. It seems quite natural that Lenin theme in the works of master got deeply felt incarnation. It appeared in his work back in the mid 20-ies in the posters, then put into a number of paintings, united in a kind of a series on which the artist has worked long and hard, turning to it again and again. Samokhvalov gave this series code name “Lenin and the people of the revolution”, stipulating at the same time that in his plan would be more appropriate the name of “Lenin and the people”, as the “people of the revolution are actively involved in the revolution, in the case of Leninist principles. ” 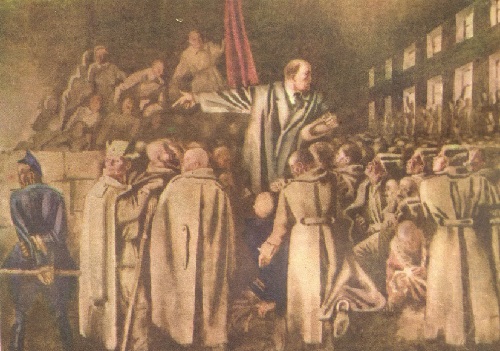 All works included in the series are well known, often were exhibited, reproduced in print. The artist in his memoirs gave an accurate list of them, told the story of creation. But in 1982, a collection of the State Art Gallery of the USSR entered the watercolor “Speech of V.I. Lenin in front of the soldiers,” made in 1934. For a long time it remained unknown not only for fans, but also the majority of experts. And yet at first glance it is clear that we are dealing with an exceptional product. Restraint color, laconic plastic means give it a kind of monumentality. In his sketch, Lenin stands on a small hill among the masses of the soldiers with a hand vigorously raised in a gesture, familiar to us from photographs and paintings of artists – contemporaries of Samokhvalov. 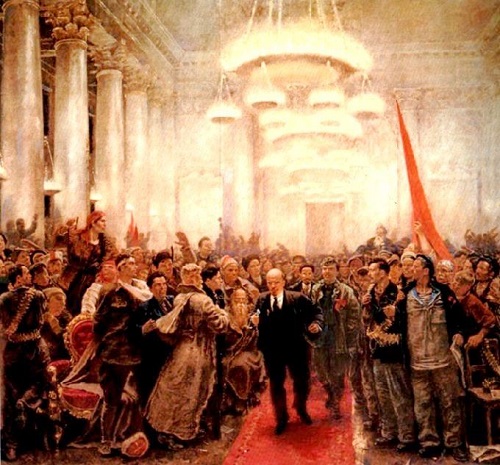 A. Samokhvalov. ‘The appearance of Lenin at the II All-Russian Congress of the Soviets’ – an impressive mega painting. Monumental, spectacular. Lenin walking on the red carpet, put specially for him, and it seemed that Lenin is going right to you … impressive. In the choice of subject Samokhvalov is quite traditional. In those years in the Soviet art has developed a certain iconography of the image of Lenin as the leader pronouncing speech with great temperament to the people, passionately convicting listeners. 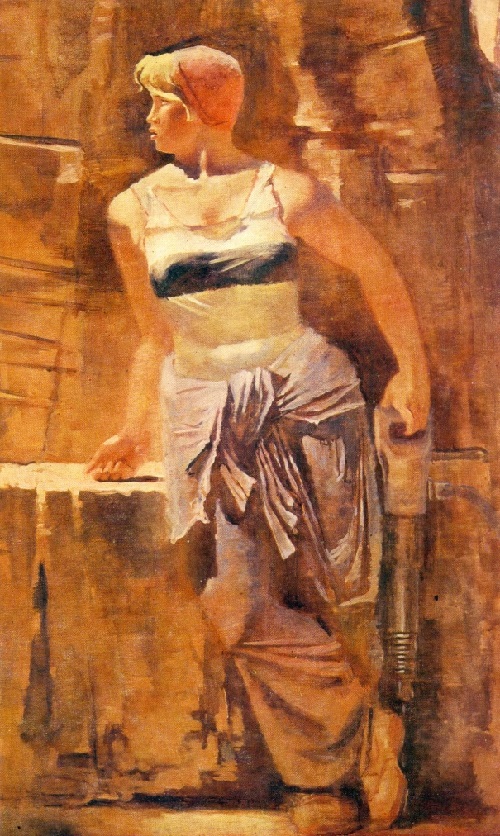 Alexander was convinced that “the search for a modern, contemporary rhythms and modern color-adding and color- expressing required for the artist.” This belief, he was able to embody in his best works, which include the ability to give a special significance to images generated by the imagination of the artist. 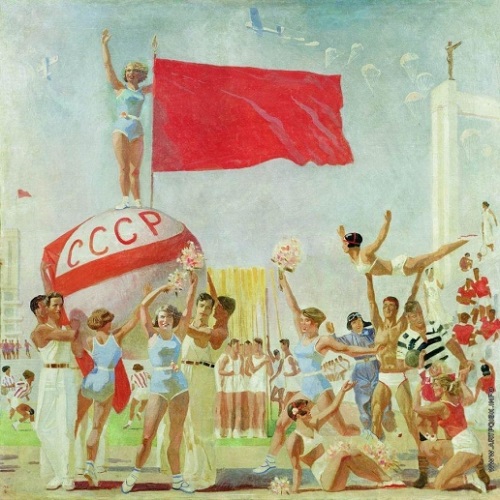 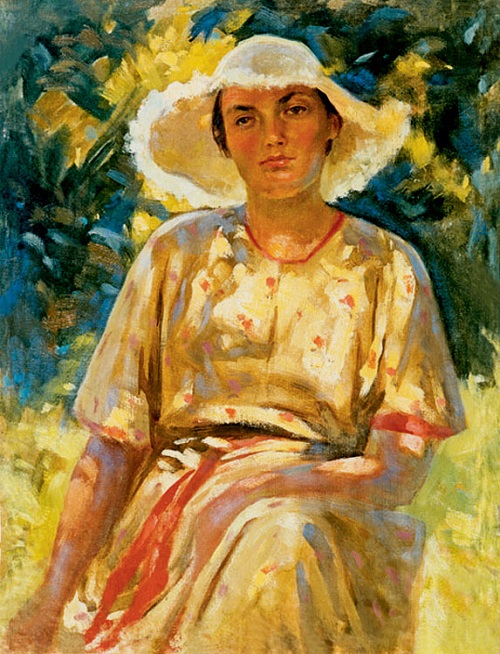 Seventy years ago, A. Samokhvalov painted in Crimea the portrait of his wife Maria “Under the Sun”. They met three years before and had lived together for 21 years before the death of the artist. He was 21 years older than her. 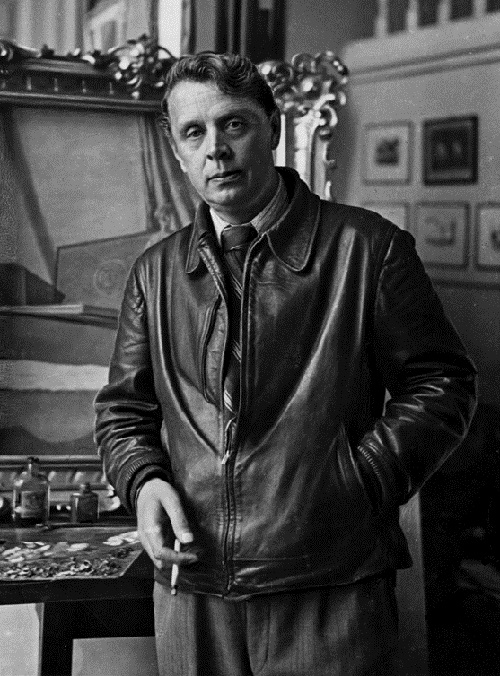 Kirov takes the parade of athletes, 1935