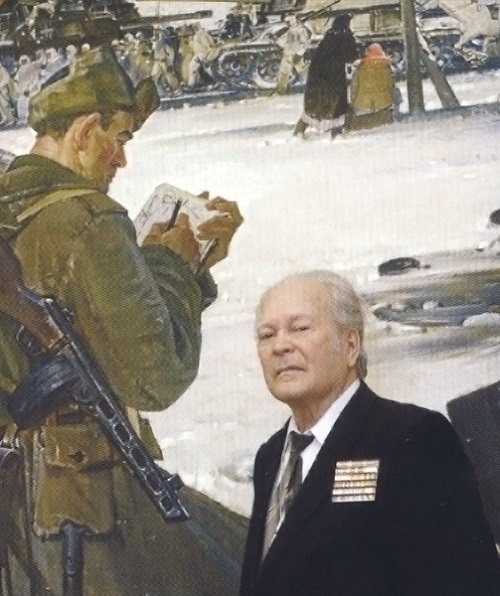 Standing next to his painting, Soviet Tatar artist Haris Yakupov (1919-2010)

Soviet Tatar artist Haris Yakupov
The author of historical and genre paintings, portraits, and landscapes, he was an academician of the Russian Academy of Arts (1997, Corresponding Member (1973). Besides, People’s Artist of the USSR (1980), and deputy of the Supreme Soviet of the USSR (1971-1974). In addition, he was the winner of the third degree of the Stalin Prize (1951) and RSFSR State Prize of Repin (1976). Born December 23, 1919 in Kazan, Haris Abdrahmanovich Yakupov began to draw in an early age. According to the artist, he he copied his favorite pictures from magazines and books. Then, he sold his paintings at a local market, helping his large family. Once in the street, he saw an artist at the easel, and realized that this is his calling. The talented boy easily passed the exams and entered the Kazan Art School. 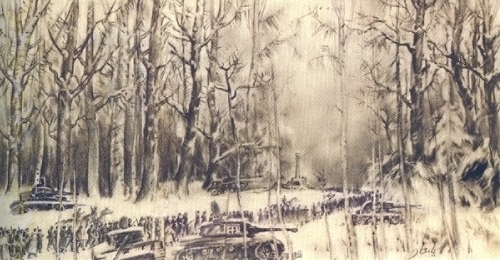 In January 1940, the fifth year student Yakupov, with another ten fellow students were drafted into the army. Despite the fact he was in the army, his last sketches allowed him to pass final exams and graduate from the Kazan Art School in 1940. However, the war interrupted his career of an artist. Yakupov went to the front to defend the homeland, like most of his peers. Also, on the front he joined the Communist Party of the Soviet Union.

So, on July 22, 1941 a young fighter Yakupov participated in the battle. The ability to engage in at least sporadically painting appeared only in December 1941. First, he drew only at night, taking minutes of sleep, but fellow soldiers, seeing his pictures, supported the young artist, and Yakupov began painting portraits of fighters. These portraits were sent home, to their relatives and friends. In his field bag was always ready a homemade album and a pencil.

Meanwhile, about 250 drawings preserved, are now the priceless artistic and documentary evidence of wartime. In the spring of 1944, when the 60th Army stormed Ternopol, in the dugout for soldiers appeared General Chernyakhovsky. When Yakupov was reporting about the fighting positions, Chernyakhovsky saw next to the map, on the desk – his drawings. Having looked through them, he said, that this self-made album contains great strength. General’s words have inspired the artist and proved prophetic for him. Subsequently, often in difficult moments of life Yakupov recalled the words of the commander of combat.

The front-line roads of Yakupov passed through Battle of Stalingrad, Kursk Bulge, Lvov, Poland, Germany and Czechoslovakia. Awarded the Order of the Patriotic War II degree, the Red Star and the medal “For Service in Battle”, Yakupov met Victory day in Prague. Back to his native Kazan, Veteran of the Great Patriotic War, he had many military awards – from the medal “For Service in Battle” to the Order of the Red Star.

During his long artistic career Haris Yakupov created more than 300 works, including 20 large-scale paintings and over 200 drawings. Significant and most valuable work the artist has decided to donate to the capital of Tatarstan. Some works of H. Yakupov are at the State Tretyakov Gallery and the Russian Museum of Eastern cultures. His work has been exhibited in Finland, China, USA, Korea, France, Bulgaria, Germany, Poland and others.

Interestingly, in the large family of Haris Yakupov 14 artists! including his wife and sons. Soviet Tatar artist Haris Yakupov died on February 17, 2010 in Kazan. Buried at the Arsk cemetery. 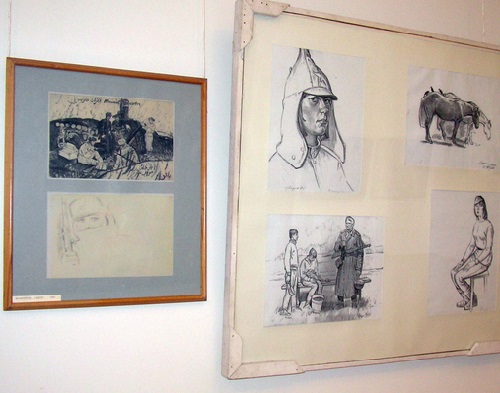 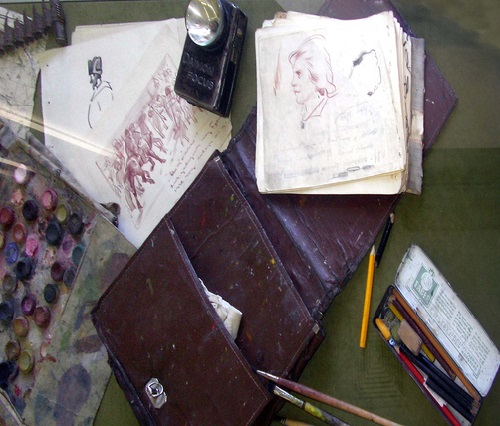 Field bag, self-made album and pencils of the artist during the WWII 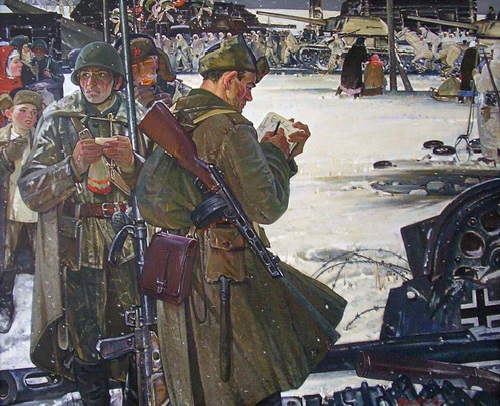 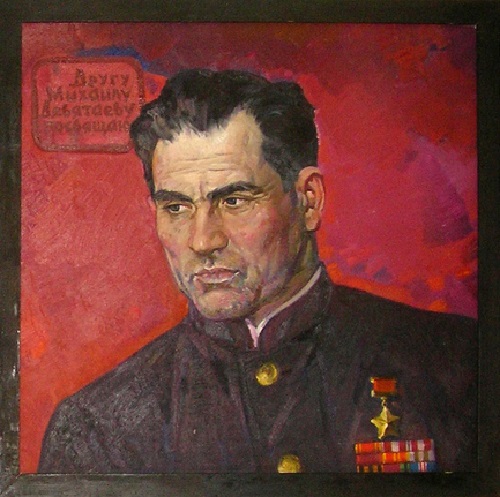 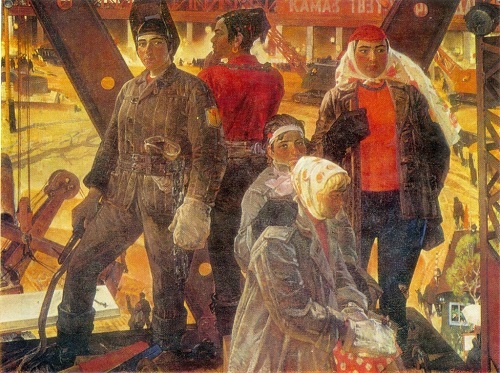 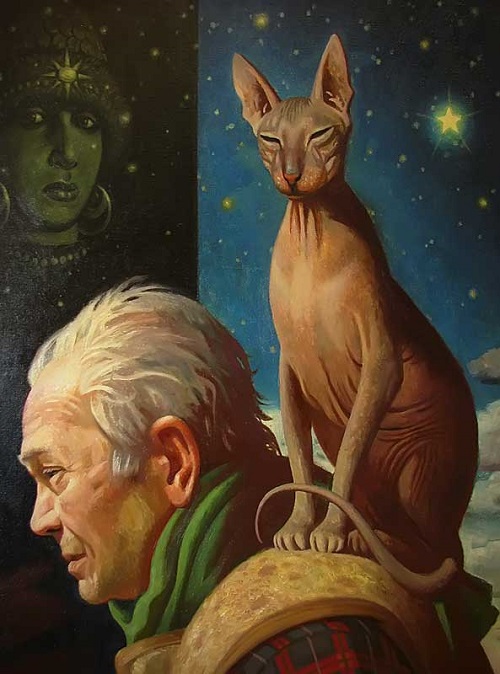 Portrait of Ninety-year-old Haris Yakupov. 2009. Oil on canvas. Painted by the artist’s son 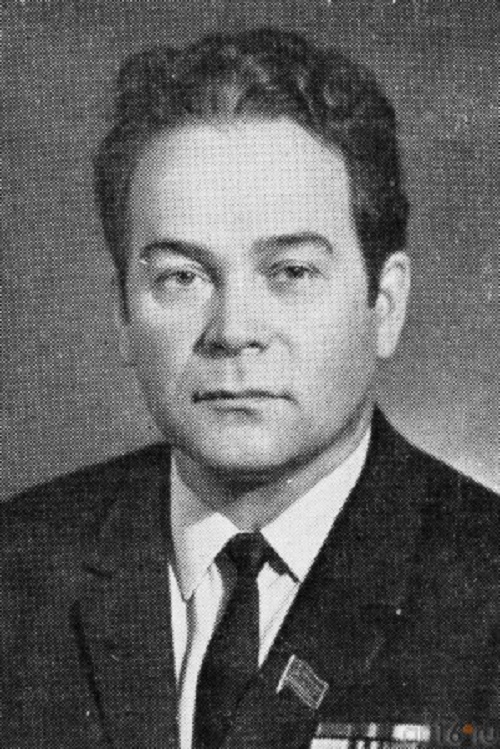 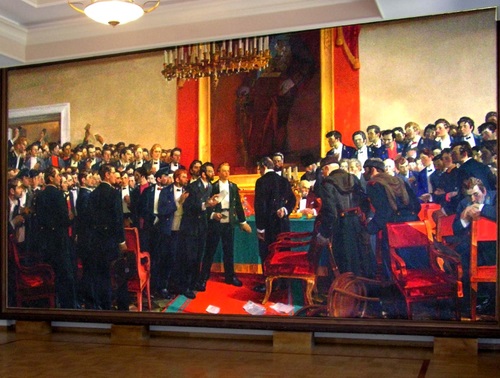 Vladimir Lenin at the student gathering at the University of Kazan in 1887. canvas, oil 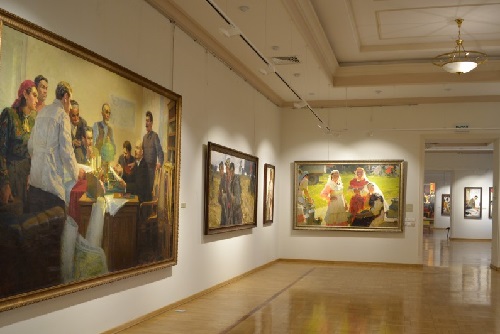 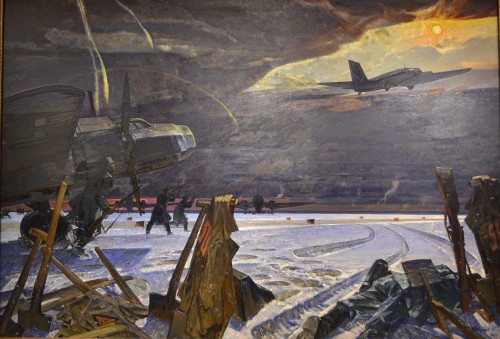 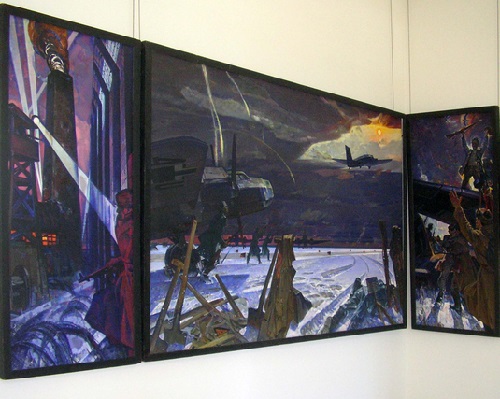 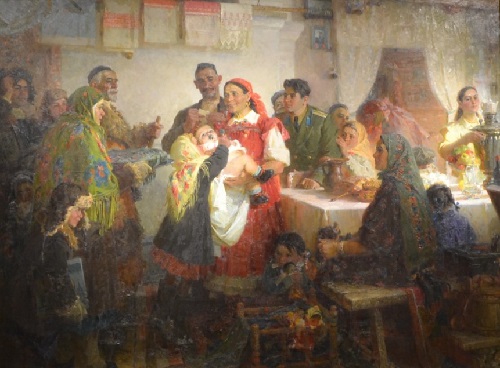 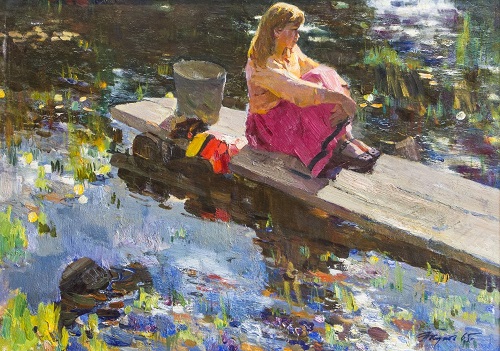 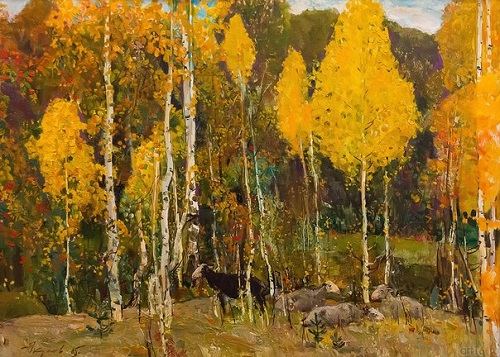 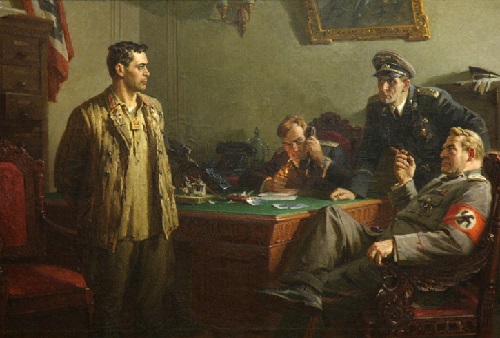 Before the sentence. canvas, oil 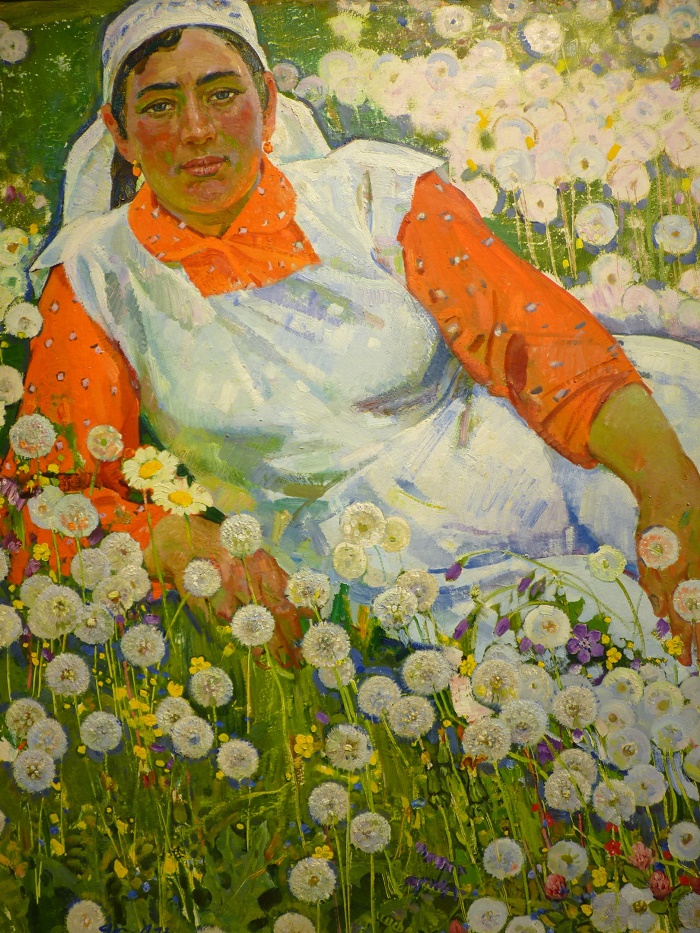