Heroes of the compositions on which Soviet sculptor Anatoly Kusch worked in the 1980s were as young as their creator. They are in love, joy, experiencing first feelings of young parents, boys and girls. He took an active part in tenders for the creation of various monuments. These include sculptural and architectural complex “Friendship of Peoples”, dedicated to the reunification of Ukraine and Russia. He refers to the sculpture park. Soon the territory of the beautiful resort “Khmelniki” of Vinnitsa region, surrounded by greenery and lakes decorated sculptural compositions “Young Family”, “Boy with a Dolphin,” “The Swan Princess”, fountain “Source”. 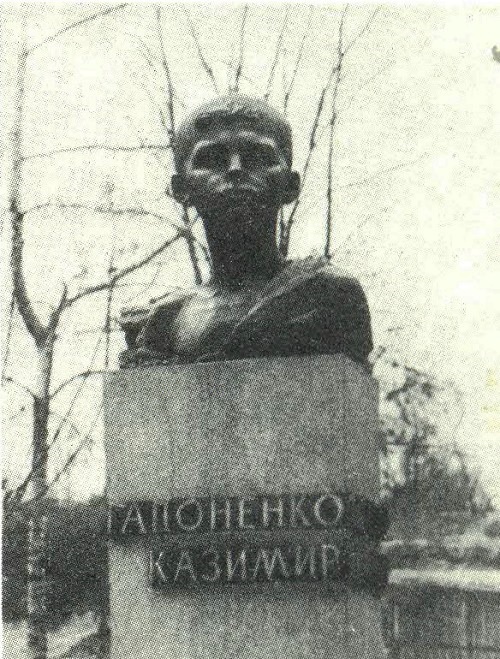 Soviet sculptor Anatoly Kusch was born in 1945 in Kiev, Ukrainian Soviet Socialist republic of the USSR. He graduated from the Kiev Art institute and the Academy of Arts in Moscow. While still a fourth-year student of the Kiev Art Institute, Anatoly Kusch was the author of the portrait of the monument to the pioneer-hero of the Great Patriotic War (1941-1945) Casimir Gaponenko, established in Kiev in 1971. The novice sculptor managed to convey in a monumental portrait a live plastic of child’s face. The task is not simple. Looking at the same time gentle and vigorous boyish features, the fragile angular figure, yet acutely aware: for the young hero, who went through terrible torture and did not tell Gestapo the names of resistance activists, was only eleven years old … Two years after graduation, Anatoly refers to a serious theme – “1941. Mothers”. His new sculpture the young artist conceived as a monument to the eternal mother’s hopes and expectations. Three female figures are fused into a single, almost dissected volume. Women of war time, frozen in splendid isolation … But suddenly in a tragic sound composition appears gentle melody – fragile, like a root, figure of a boy, clinging to his mother.

The theme of the Great Patriotic War sounds in the young wizard works with such emotional power because they became part of his destiny. During the war, mother of Anatoly was a nurse, his father – an ordinary soldier. Severe childhood and heroic youth of parents affected the formation of the character of their son Anatoly. Genre Portrait – a favorite in his work. He creates images of people of different ages, conveying the living continuity of generations.

One day a journalist came to his studio to interview. And Anatoly suddenly wanted to mold this energetic, independent, passionate, experienced modern girl. Like eye of camera the artist “grabs” her slender figure. “Reporter”, slung over her shoulder, microphone in hand, casual wear, long hair – the author tries not to miss a single detail. 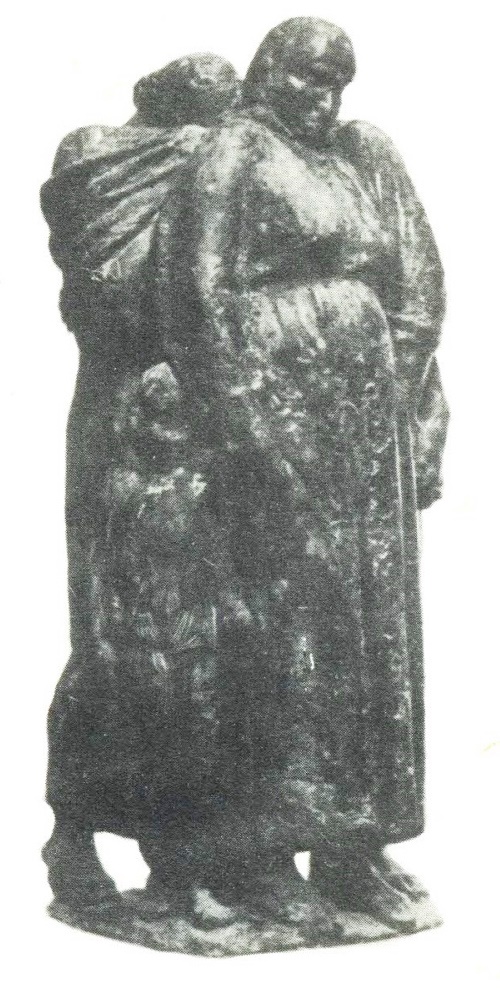 In the portrait of Che Guevara Kushch reveals courageous son of the heroic Cuban people. Anatoly said that for a long time was thinking about the artistic means for the transmission of the internal dynamics of the figure, the call of the revolutionary gesture of the fiery orator. It must be the meaning of the image, the power of nature – strong-willed and inflexible. Sculptor conveys it through the hard plastic of the head and torso, building composition on an upward diagonal of movement forms. In the portrait of Che Guevara is seen difficult search of the sculptor, working with full dedication forces.

In the decorative forms Kushch enthusiastically seeks for new figures, their plastic variations. Sculpture “Peace” on a silhouette reminiscent of a tree. The “young family” the same family motif played out differently. The composition of the three figures – mother, father and child – is no longer associated with a flexible plastics plant, and with a strong architectural design. Sculptor carefully raises it, floor by floor, build a modern house, looking for unexpected angles. 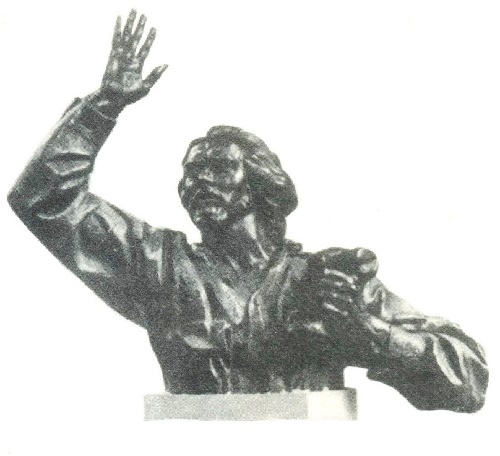 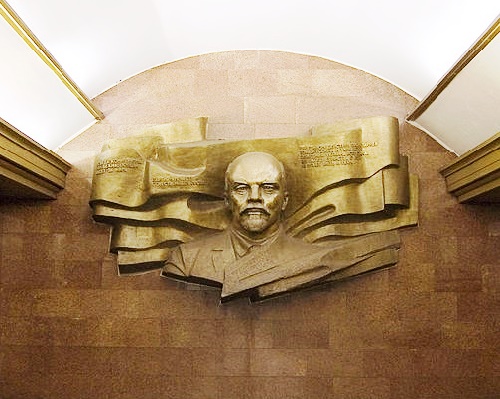 The bust of Lenin at Teatralnaya station of Kiev metro 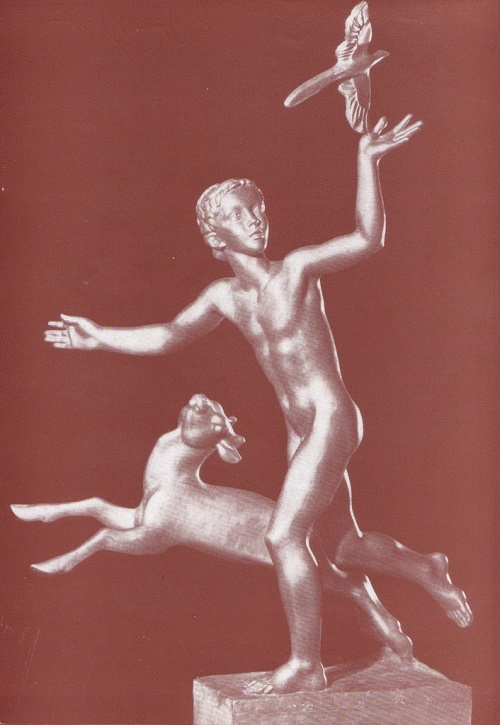 In the country of childhood. Gypsum. 1979 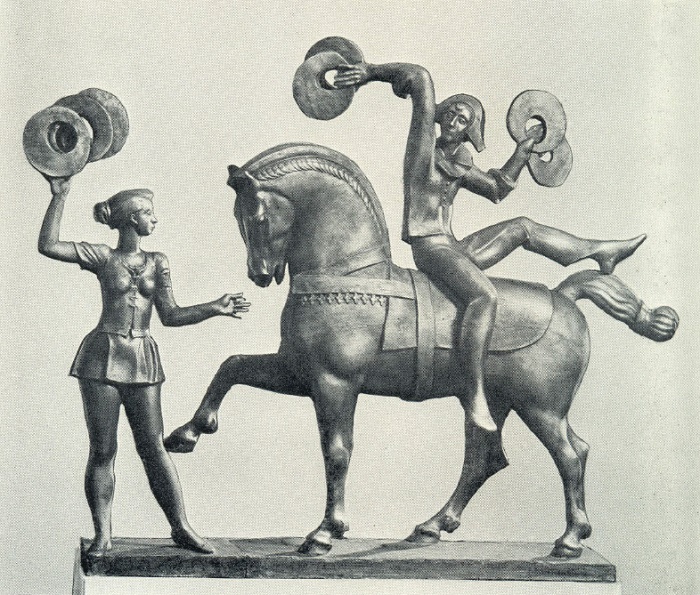 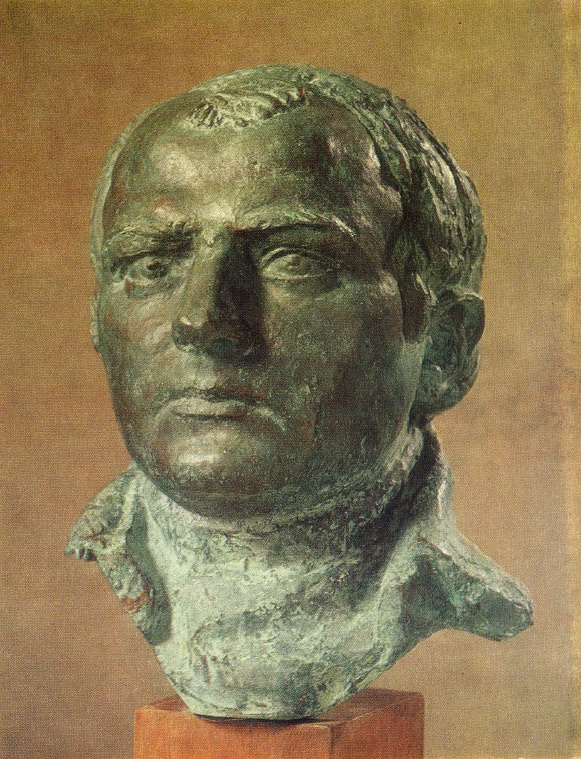