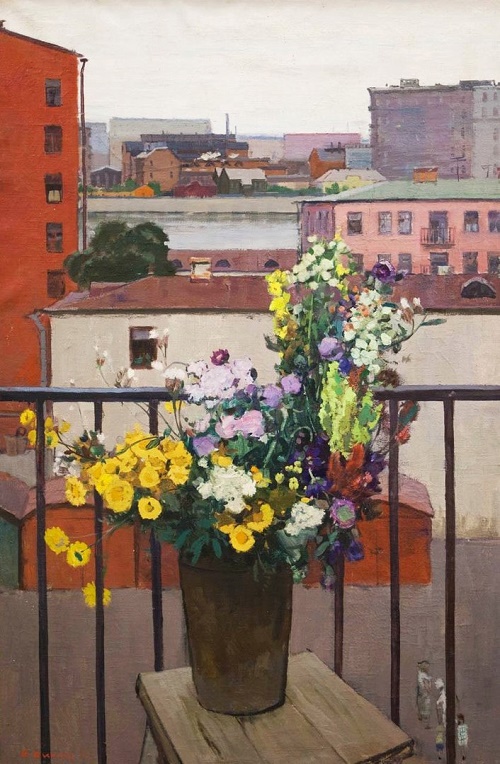 Soviet artist Anatoly Nikich-Krilichevsky (1918-1994) was a member of the USSR Union of Artists, Moscow Union of artists, and an Honored Artist of Russia. He studied in the Moscow Institute of Fine Arts, where his teachers were such prominent Soviet painters, as Boris Ioganson and Alexander Osmyorkin. He graduated from Moscow State Art Institute of Surikov in 1942. Like many artists of the time, he participated in the Great Patriotic War of 1941-1945. Anatoly Nikich-Krilichevsky lived and worked in Moscow. His works are in the Tretyakov Gallery and the regional museums of Russia and former Soviet Union. 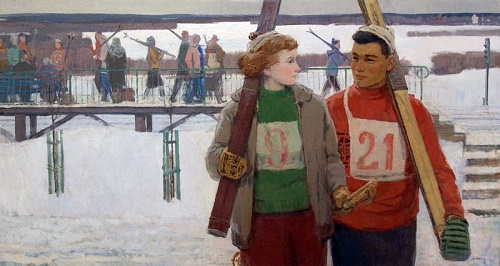 In the USSR, more than anything was known his severe style painting “War correspondents” (State Tretyakov Gallery). However, the best in creativity of Anatoly Nikich-Krilichevsky – still lifes representing pictorial space of embodied harmonic world. Influenced by his teachers, among whom was Alexander Osmyorkin, he formed his own style in the Soviet art. The first and only lifetime personal exhibition of Anatoly Nikich-Krilichevsky took place in Moscow in 1969. 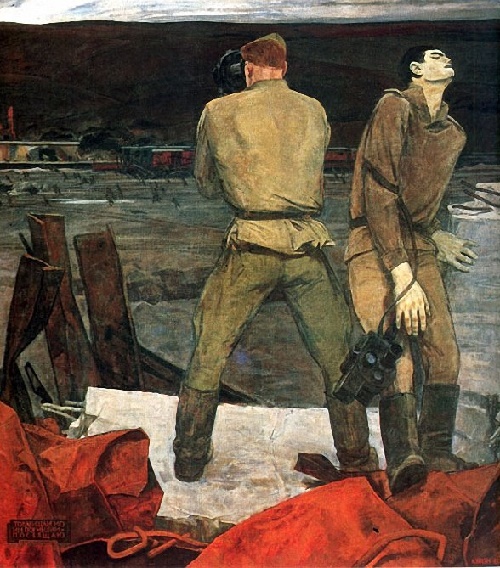 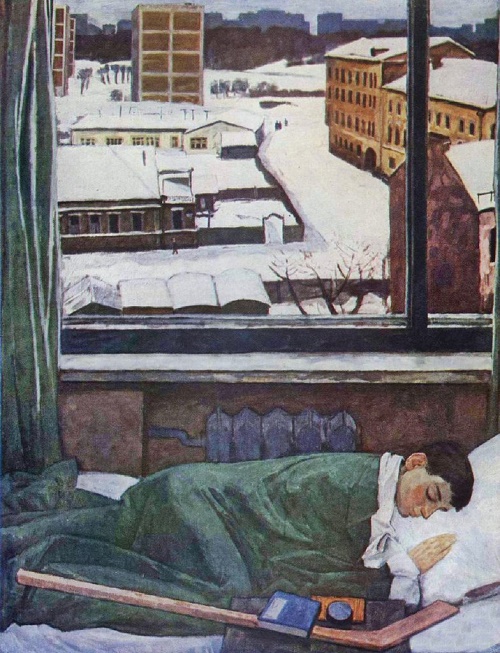 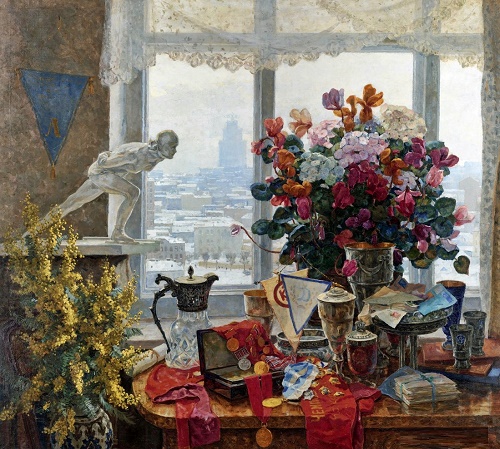 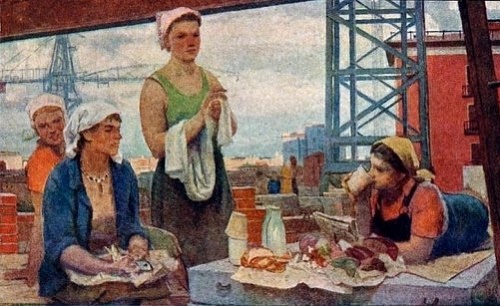 Breakfast on the construction site 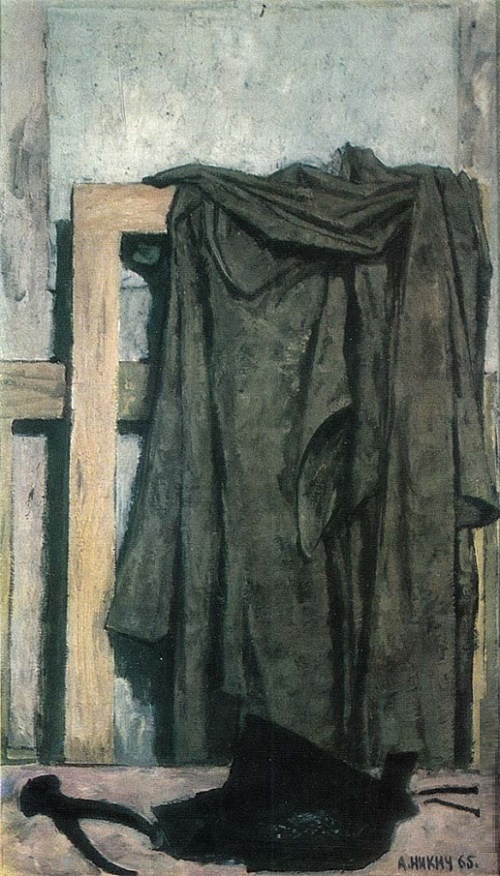 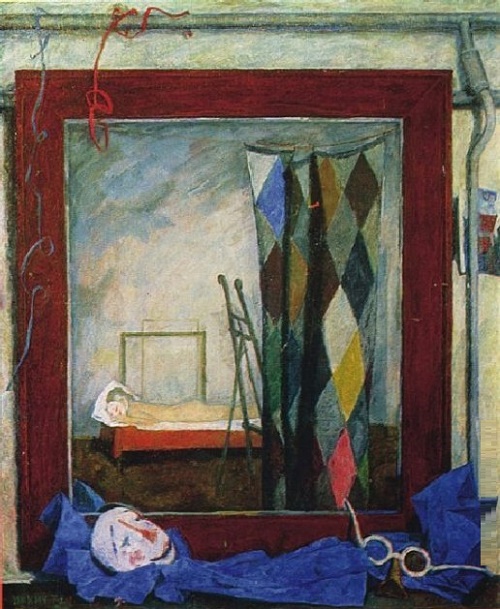 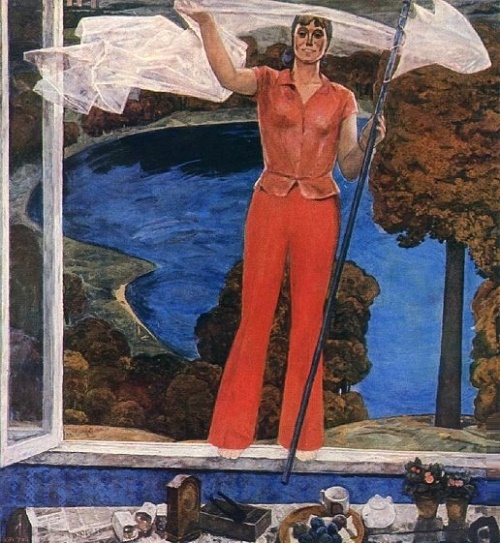 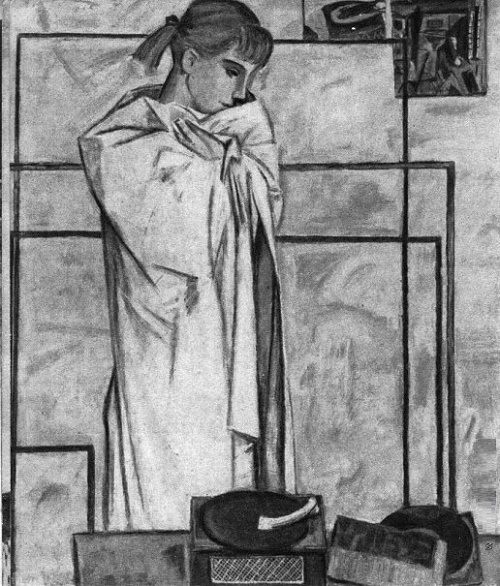 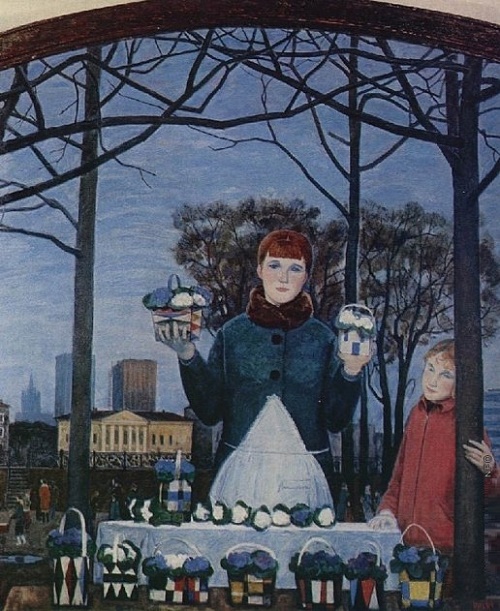 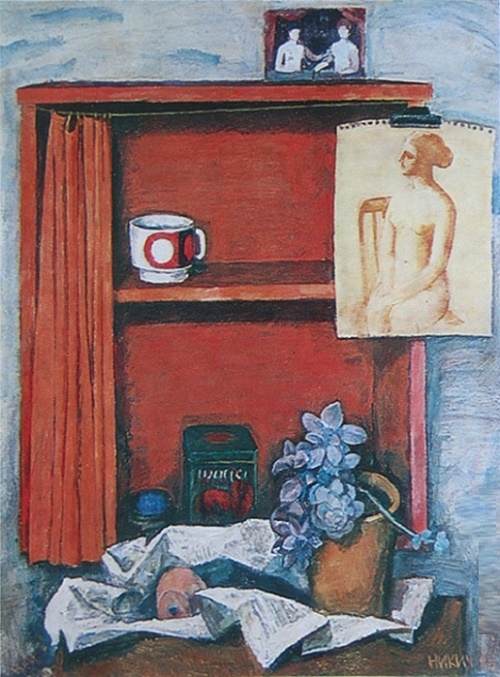 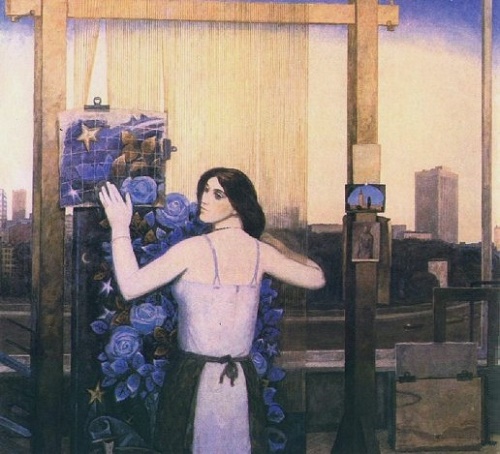 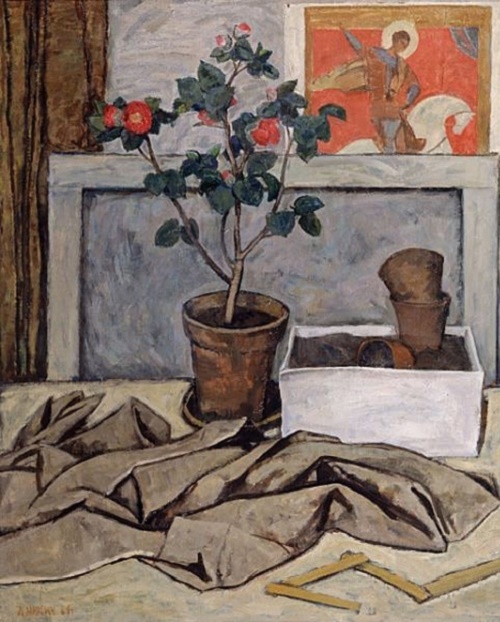 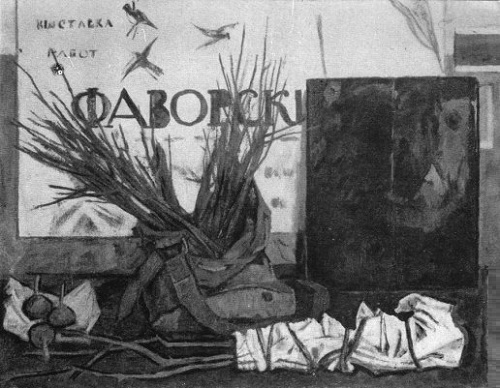 Still life with a poster of the exhibition of Favorsky. 1966 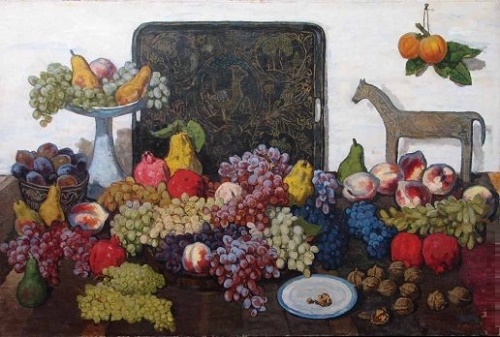 Still life with grapes and toys. 1960 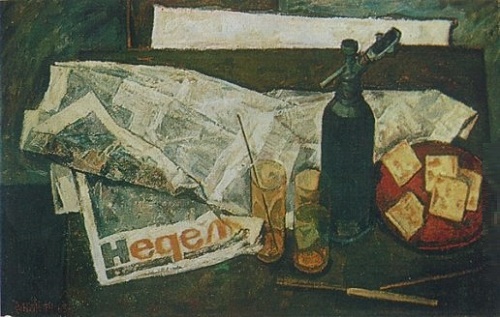 A bottle and newspaper still life 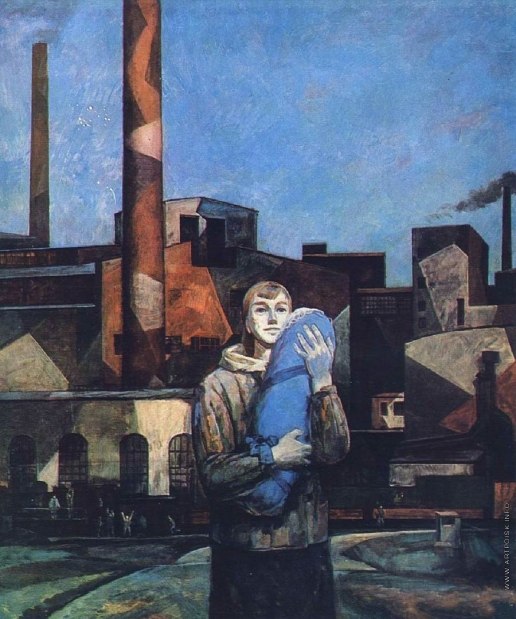 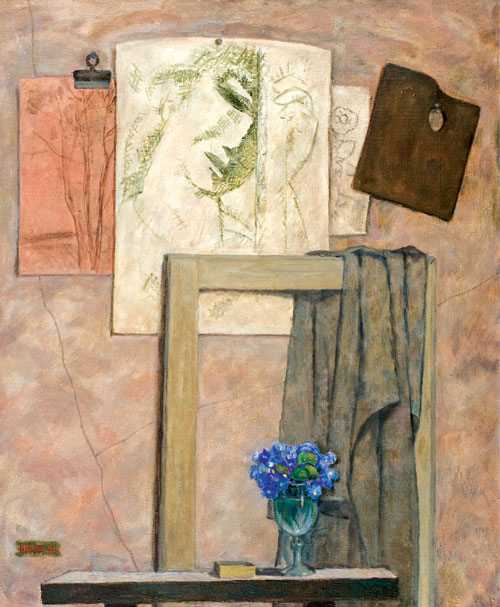 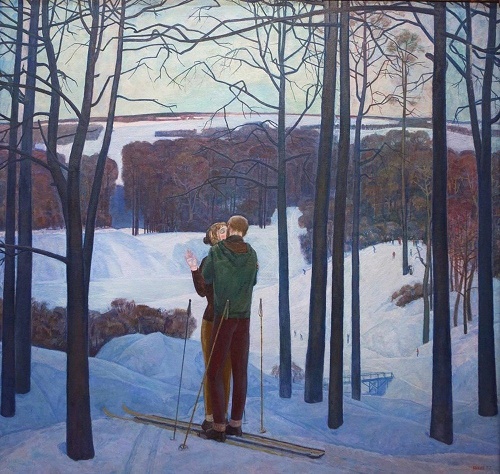 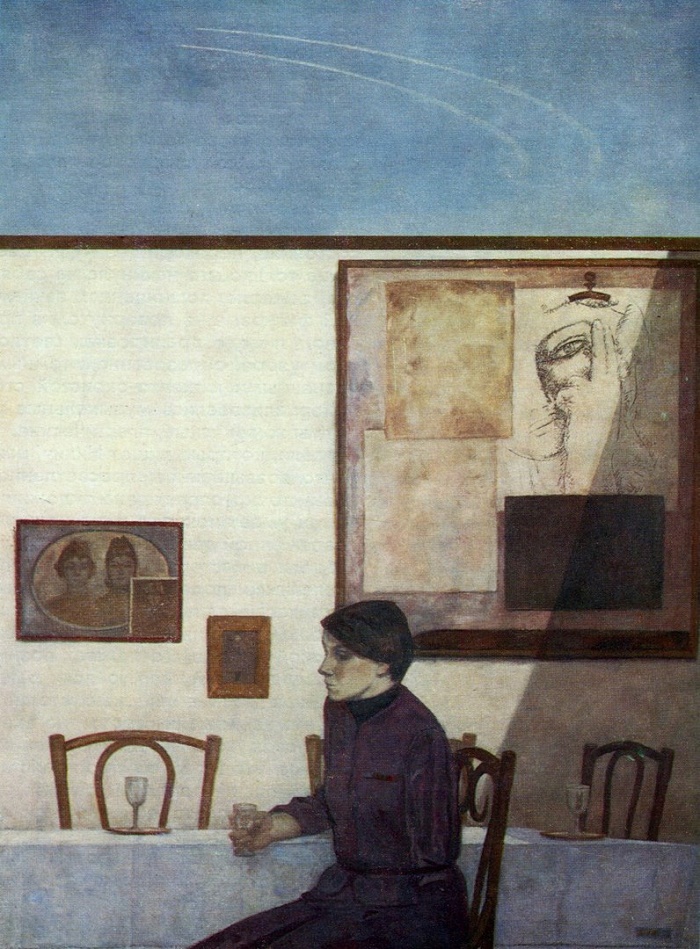 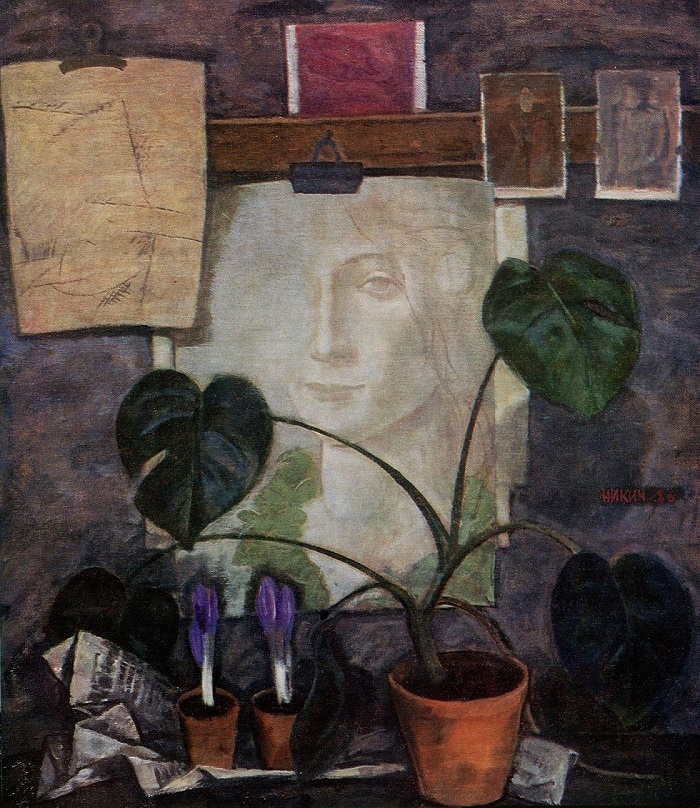