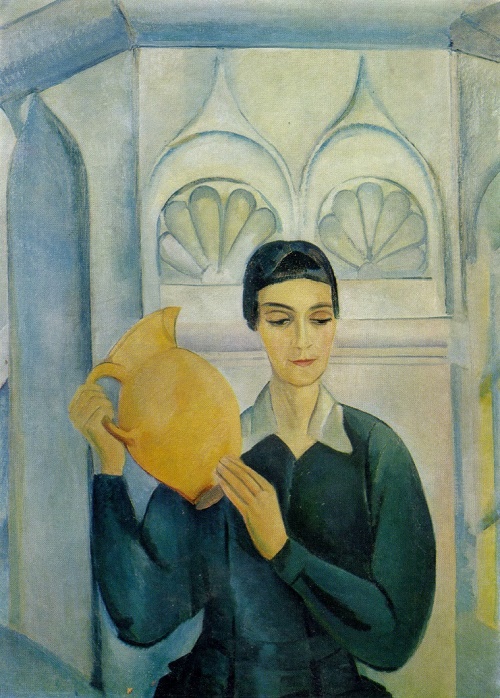 Soviet Russian painter Pavel Varfolomeevich Kuznetsov (17 November, 1878, Saratov – 21 February, 1968, Moscow) quickly and unconditionally accepted the revolution. He genuinely believed in the slogans it proclaimed. And believed that, just after the victory of the October Revolution, art should have been assigned one of the most crucial roles in the grandiose plans for building a new life. He actively participated in the design of public holidays, and was an initiative member of the Department of Fine Arts Commission and the protection of monuments of art and antiquities of the Moscow Soviet of Workers’ and Red Army deputies.
Simultaneously, the artist worked in the College of Fine Arts, and even before the October days, in July 1917, he became an art editor of the magazine “The Way of Liberation”, combining it with teaching at the Stroganov School of Monumental Painting. In 1918 he became elected professor at the Moscow School of Painting, Sculpture and Architecture. In both educational institutions, Kuznetsov directed the workshops, and when the two free art workshops merged, Kuznetsov headed the united monumental workshop up until the end of 1929. 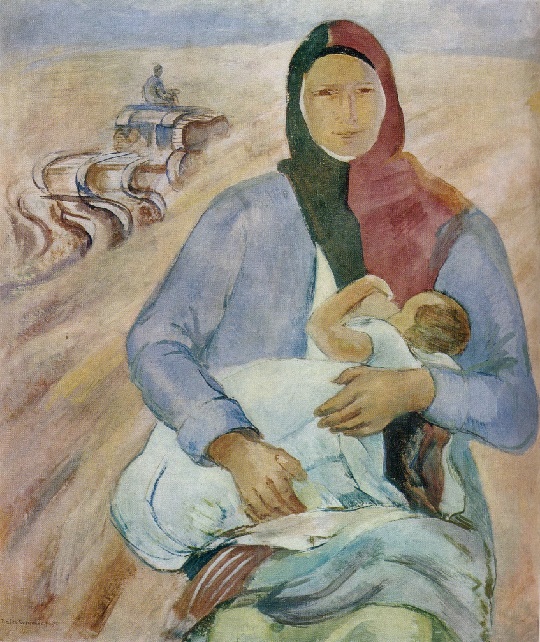 In the 1920s, Kuznetsov turned to an area that had not previously occupied a large place in his work – a portrait. After the revolution, Kuznetsov created a series of portraits of Elena Bebutova. In one of them (1918), the artist showed a fantastic character, giving the female figure four hands with fans. Perhaps, the artist remembered the many-armed Shiva, because Indian culture interested him in the years of working on the design of Sakuntala.

Another artistic solution – in the portrait of Elena Bebutova with a jug (1922). Here the desire for pure harmony prevails in the slender figure of the artist’s wife, and in the musical roll of her round contour with the outline of the pitcher. The high spirituality that Kuznetsov acquired in the 1910s, he transferred both to this portrait of his wife and to the almost simultaneously created portrait of Rest (1921-1922).

In the 1920s Kuznetsov was actively involved in public activities. In addition to teaching, he joined the work of the State Academy of Art Sciences, where he delivered theoretical presentations on the composition of painting, the peculiarities of artistic perception. No major exhibition of Soviet art could do without his works. And since Anatoly Lunacharsky favored him, his trip to France with Bebutova became possible. Previously, the exhibition took place in Moscow, and then went to Paris. The basis of works by Kuznetsov was his oriental works, and among them such masterpieces as “Mirage in the steppe”, “Evening in the steppe”, and Gadani. Of course, these works were favorably received by artists and critics, including Pablo Picasso and Andre Derain.

In 1930-1931 he made a trip to Armenia and a new theme appeared in his work – an industrial landscape connected with the construction of Yerevan. Instead of a concentrated depth in his work appeared expressive movement, dynamic rhythms, and unexpected angles. 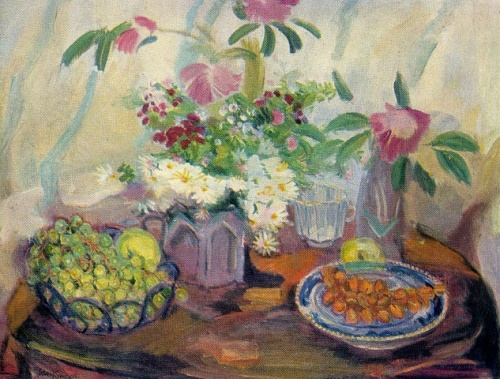 Since the second half of the 1930s, the main genres of the artist are landscape and still life. In contemplating the beauty of the visible world, he found a break from the unfair criticism. Besides, since 1948 Kuznetsov stopped teaching at the Moscow Art and Industrial School and almost ceased to participate in exhibitions. However, he painted a lot – bouquets of flowers, Moscow or Baltic landscapes. At the same time, he returns to plein air painting, admiring the fresh breath of the summer morning or the changing shades of the Baltic sunset. This is mainly sketches, as it became increasingly difficult for the aging artist is to work.

During the Khrushchev thaw, recognition returned to him. Thus, took place retrospective solo exhibitions in 1956-1957 and in 1964.
Today, when there is a shortage of spirituality and kindness, paintings by Kuznetsov, wise, pure, full of profound humanity, are especially relevant as an example of the highest service to beauty.

Sleeping in the koshara. 1911. Oil on canvas

Rock by the river. Color Lithography. 1923

Sketch of the curtain for the performance of Scheherazade. 1923

The road in the Crimea. 1926. Saratov Art Museum