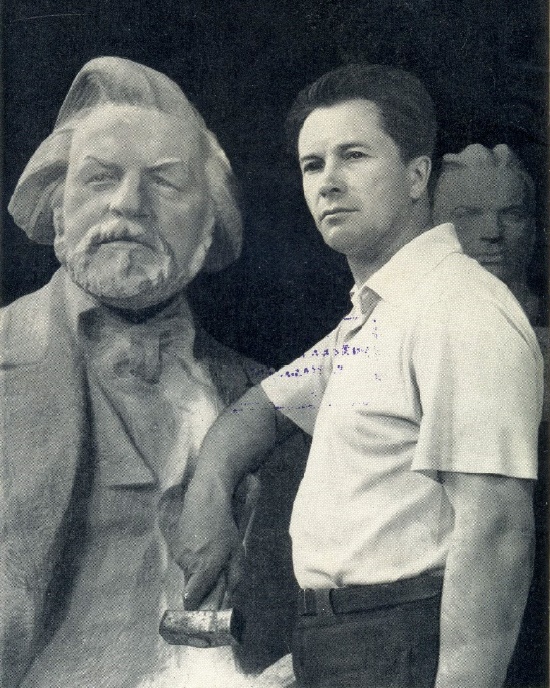 Born July 14, 1917 (the village of Bornukovo, Nizhny Novgorod region), Pavel Ivanovich Gusev was the same age as the Great October Revolution. The boy grew up in the family of a hereditary blacksmith, from whom he received skills of working with metal and love of creativity. As most of his contemporaries of the time, he began working early. Even as a schoolboy he entered a stone carving workshop, where he studied the work of stone cutter for two years. Shalnov, the Ural master of malachite works noticed the abilities of the boy and tried to develop them. Thanks to him, the art skills of Gusev gradually grew. Meanwhile, in the 1930s, Moscow specialists and artists became interested in the studio and came to Bornukovo. Together with the Ural masters, they created sketches of products, according to which the stone cutters worked.
Fortunately, the Moscow artists noticed the talented young master Pavel Gusev and helped him enter the Moscow Art College of Kalinin. Thus, he began studying sculpture and drawing in the workshops of sculptors B.N. Lange and the bone carver SP Evangulov. 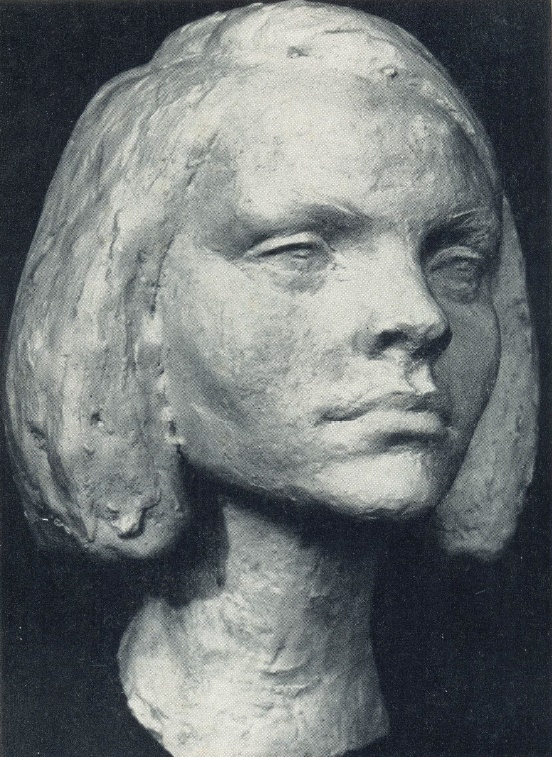 Having successfully graduated from art school in 1940, Pavel Gusev returned to his native village, to the stone-cutting artel “Bornukovskaya Cave”. Here, in the artel, together with the artist PF Rubtsov, he directed a club of modeling and drawing.

However, he had to interrupt his creativity due to the hard times in the country. Drafted into the Army in 1940, he returned home in the rank of lieutenant only 6 years later, in 1946, when the WWII was over. Upon his arrival from the army until August 1947, he worked in the Gorky Association of Artists.

And the same 1947, Pavel Ivanovich entered the Leningrad Institute of Painting, Sculpture and Architecture named after Repin of Academy of Arts of the USSR. In the institute, Gusev’s teachers were prominent Soviet sculptors – professors Vsevolod Lishev, Fedot Shubin, Vera Mukhina VI, and Ivan Shadr. Like Shadr, Gusev seeks to reveal the spiritual wealth and beauty of a person’s character from the people, organically combine the typical character of the images with their Concreteness. Following Mukhina Gusev makes heroes of his works people with a rich inner life.

Graduated in 1953 with honors, his Diploma work was a statue of Valery Chkalov. Already in 1954, Chkalov’s portrait, created after the statue, appeared at the All-Union Art Exhibition, and then became the property of the State Tretyakov Gallery.

After graduation, Gusev settled in Gorky, and worked as a sculptor in the Union of Artists. His characters are very different people – workers, writers, scientists, and peasants. The talent of the portraitist Gusev revealed itself in full power in the 60s. Among most notable works – the portraits of Academician Razuvaev, painter Varlamov, and chairman of the collective farm Emelyanov. Also, one of the best works of Pavel Ivanovich Gusev is a sculptural portrait of the shepherd V. I. Nedugov from the village of Bornukovo. Meanwhile, Gusev did not give preference to any material – wood, bronze, marble, or gypsum.

In addition to creative work of a sculptor, Pavel Ivanovich did a lot of social work. Particularly, repeatedly elected a member of the Union of artists. Besides, from May 1960 to December 1964 he was chairman of the Gorky Union of Artists. Several times he became secretary of the party bureau of the Union. 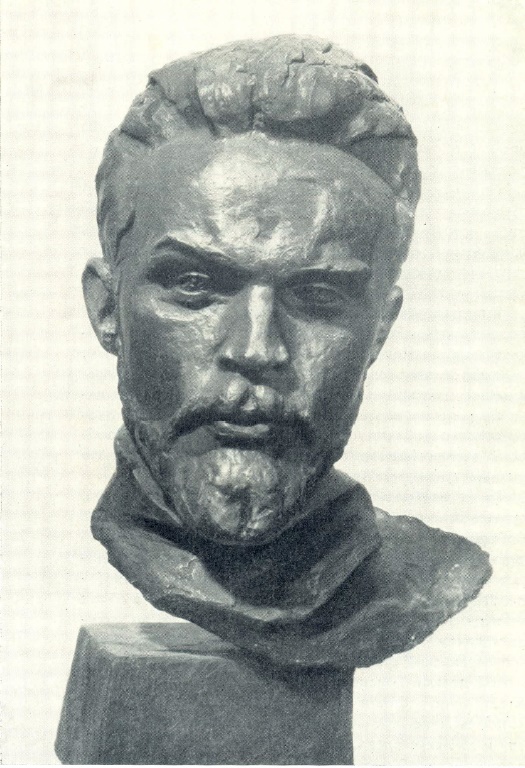 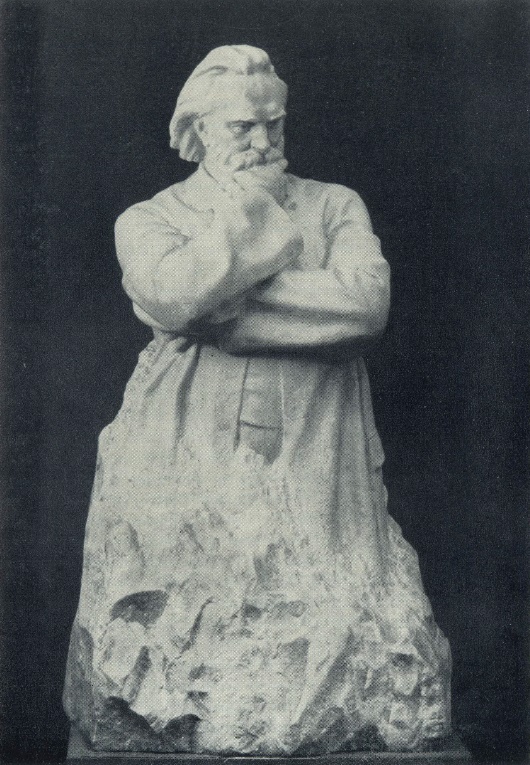 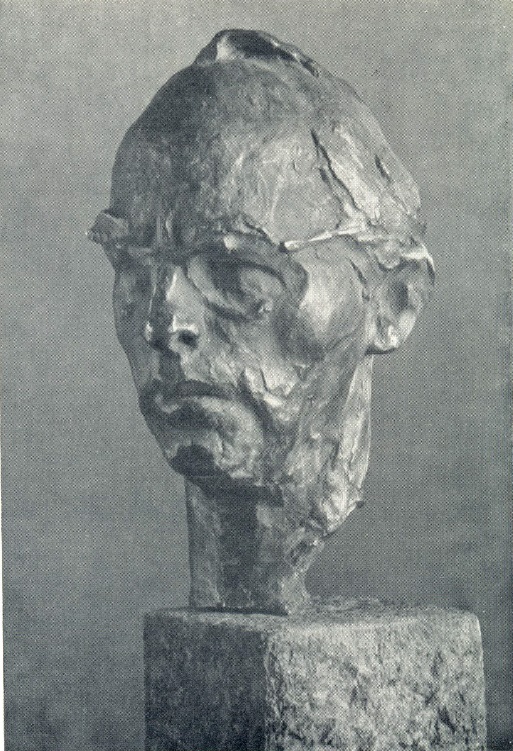 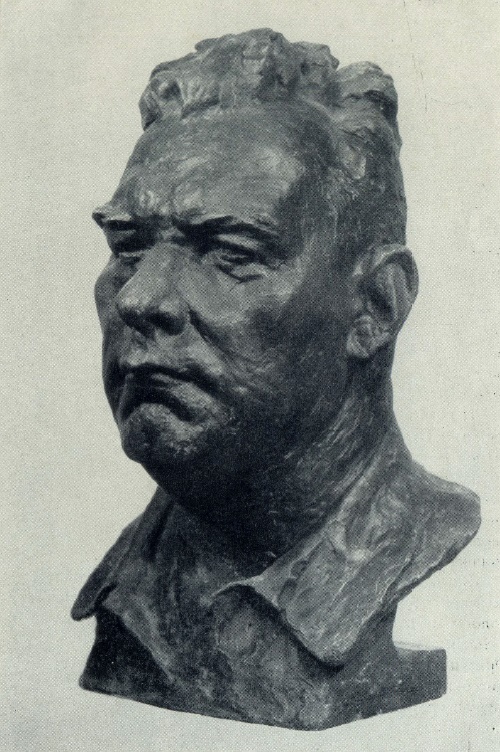 Hero of Socialist Labor, chairman of the collective farm A. Emelianov. Gypsum. 1961 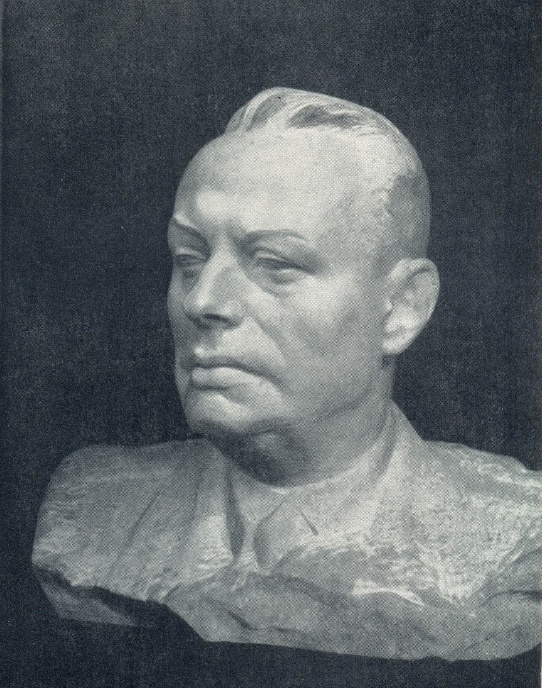 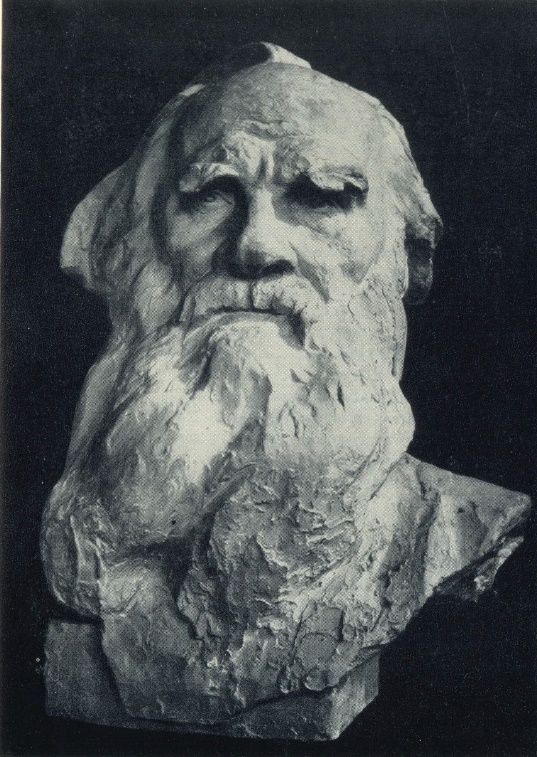 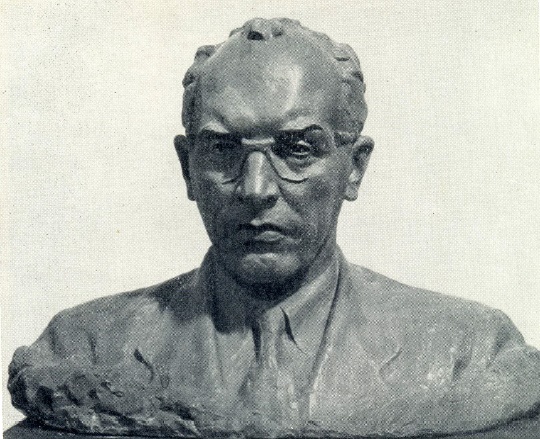 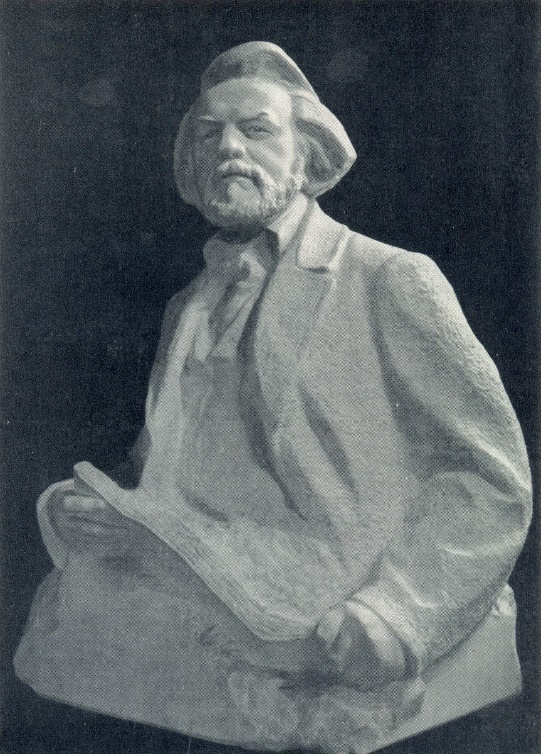 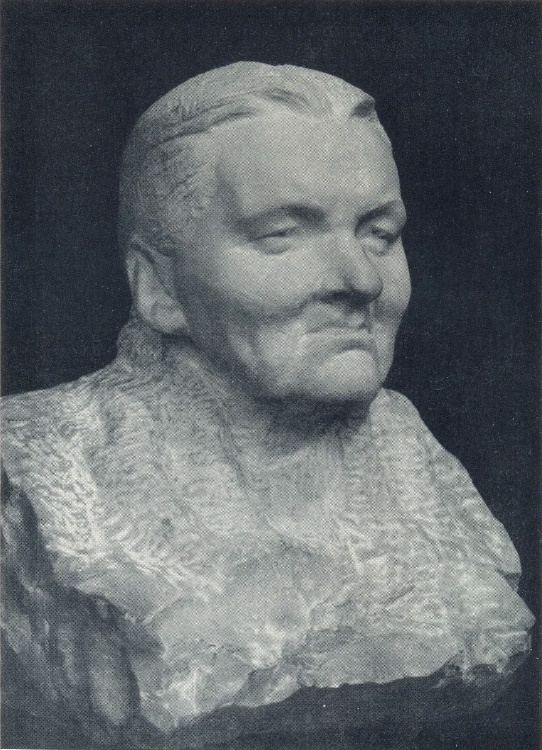 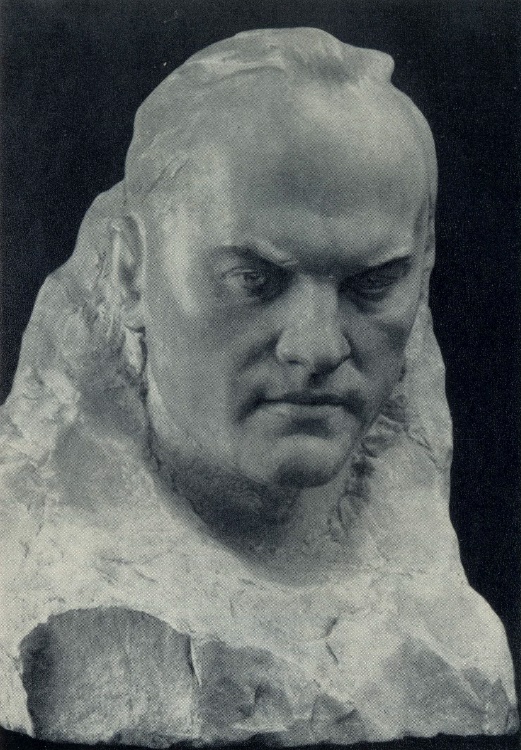 Portrait of the painter Varlamov. 1959. Marble 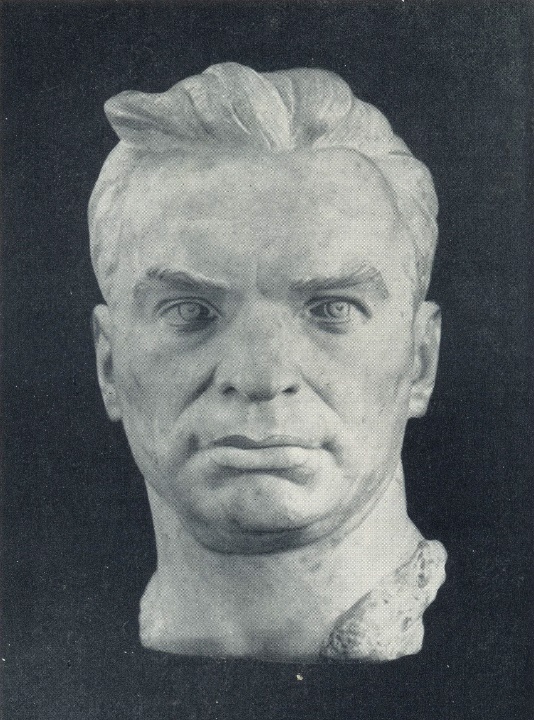 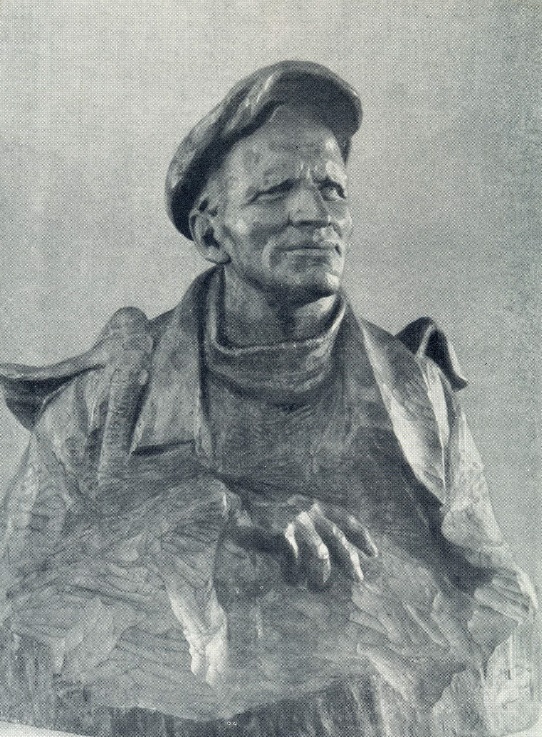 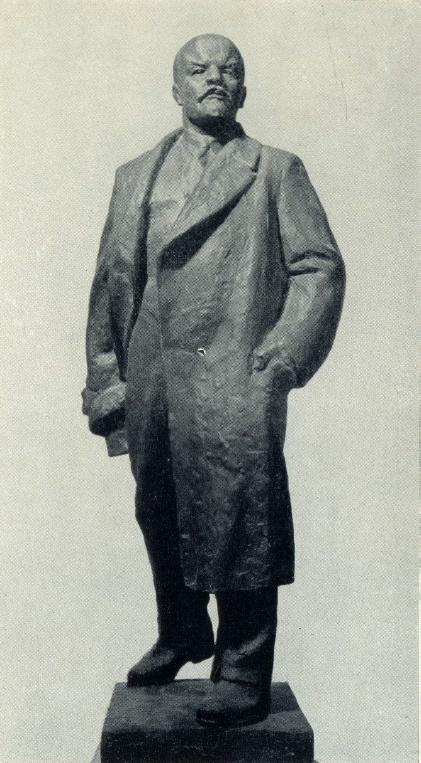 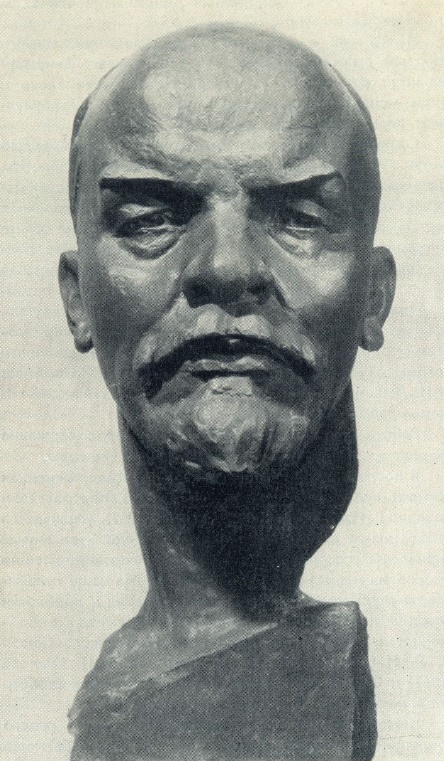 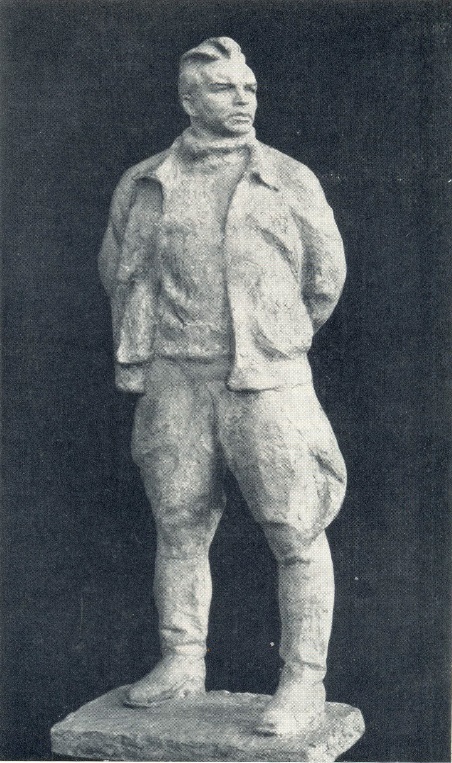