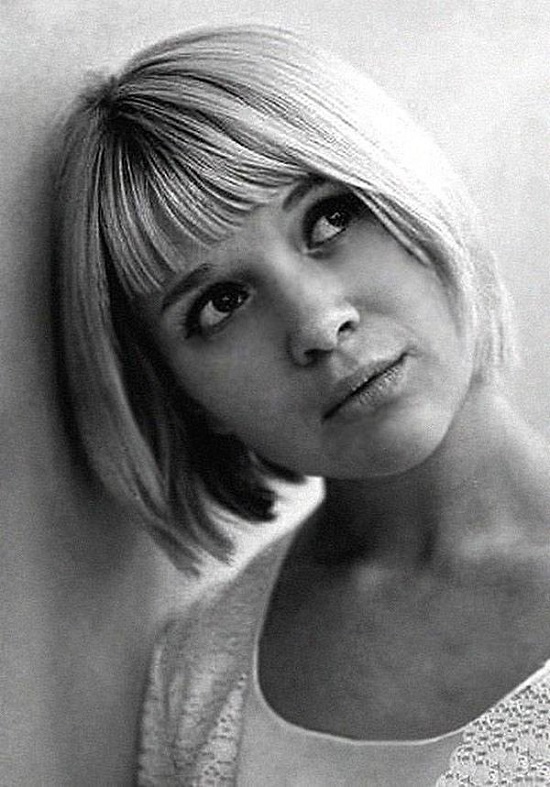 Soviet Russian actress Galina Polskikh
“… I think that I became an actress not accidentally,” says Galina Polskikh, “when I was playing, I filled a terrible emptiness in my life, I lived in an imaginary world.”
Born in Moscow on November 27, 1939, Galina Polskikh Soviet Russian theater and film actress.
Galina practically does not remember her parents: during the war, when she was only three years old, her father was killed at the front, and in 1947 her mother died from anemia. Therefore, at the age of 8, Galina was in the orphanage. However, she didn’t stay there for long. Soon her maternal grandmother, Efrosinia Andrianovna, moved to Moscow from Kaunas and took care of her grandchildren. They settled in the former parental 9-meter basement room in Sretenka. Their house was opposite the store “Mushrooms-berries”, where the grandmother got a job as a cleaner.
After graduating from school in 1956, Galina Polskikh decided to go to All Union Institute of Cinematography. According to Polskikh, at first, she even did not understand that acting was not just a game, but a profession, work. She entered the course to famous Soviet film director Mikhail Ilyich Romm. 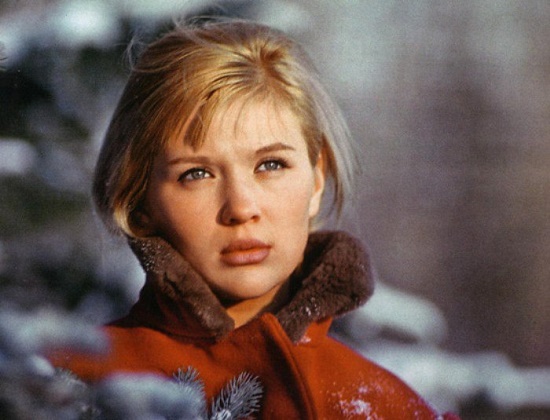 While studying at the All-Union State Institute of Cinematography, she met her love – a student from the faculty of directors Faik Gasanov from Baku. He dated with her for a long time, sometimes even spent the night at the entrance to his lover (Galina’s strict grandmother would not let him into the apartment), and in the morning they together went to the institute.

Galina, deprived of parental affection, needed a strong male shoulder, on which she could lean. Besides, as she thought, he and Faik were a spectacular couple: he is brunette, and she is blonde. As a result, at the very end of Galina’s studies at the Institute (1960), she and Faik got married. Grandmother did not object, because during this time she saw the seriousness of the groom’s intentions. Especially it was bribed by one incident that happened on the eve of the wedding. Faik had to buy an engagement ring, but he did not know the size of the finger of his bride. Then he came to her house, but she was already asleep. And the groom persuaded her grandmother to let him into the house to take the measurement from the ring finger of … sleeping Galina. Until the end of the procedure, she never woke up.

On November 2, 1960, Galina and Faik became the happy parents to their daughter, whom they gave a rare name – Iriada. After that, Galina had to leave the institute and become a housewife. However, she could not live without a movie for a long time. And only six months after the birth of the child, she went to the set of the film, which brought to her all-Union glory. It’s about the film “Wild Dog Dingo” directed by Yu. Karasik. Interestingly, it was the director of the legendary film “Flying Cranes” Mikhail Kalatozov who recommended the actress. He was going to shoot her in the main role in his film “A, B, C, D, D …”, but the film did not take place, after which Kalatozov advised the young actress to the crew of the Wild Dog Dingo.

Meanwhile, the bright film debut brought to Galina Polskikh not only all-Union, but also world fame. Thus, at festivals in Venice, Vienna and London in 1962-1963, this film received the main prizes (in Venice – the first prize – “Golden Lion of St. Mark” and a special award of the jury “Golden Branch”). However, Galina herself did not get to these prestigious festivals. Why? Here is what she herself says:
“I myself refused to travel to the Venetian Festival, to Norway, and to Mexico. I had a child, I lived with my grandmother, and she told me: “Where will you go, what are you? What if something happens to you? I raised you, but not my granddaughter!” I listened to my grandmother, and did not go anywhere.”

The reader has the right to ask: where was the husband of Galina – Faik Hasanov at that time? In fact, in the early 1960’s he lived in two houses – Moscow and Baku. Unable to get a job in his specialty at the capital film studios, he went to make a career on “Azerbaijanfilm”. However, it did not work very well for him – they did not give him any independent productions. But his wife’s career clearly went up the hill. And in 1963, Galina played her second role in the cinema, which strengthened her fame as one of the most talented young actresses of Soviet cinema of the 60s. It’s about the film “I’m walking around Moscow” by Georgy Danelia, where she got the role of Alena.

The film premiered on April 11, 1964. By the end of the year, it gathered 20 million spectators. After this film, the name of Galina Polsky confidently took a place among a pleiad of young “stars” of Soviet cinema. And in the same year she acted in two films: “Once upon a time there was an old man with an old woman” and “Loyalty”.

Meanwhile, the following, 1965, the actress remembered from the tragic side. Although at first nothing boded ill. Invited to the main role (Shura Okamova) in the film of Sergei Gerasimov “Journalist”, she had to move to another city. Full-scale shooting took place in the summer of the 1965 in the Chelyabinsk region (near Miass), and Galina left her daughter in the care of her grandmother, as she did before many times.

The shooting of the “Journalist” was in full swing when Galina got a telegram from Moscow, which reported that her grandmother had died. The actress immediately left for Moscow. After burying her, Polskikh returned to the shooting, taking with her a 4-year-old daughter. They traveled by train for about three days, and when they arrived at their destination, a new telegram arrived – as terrible as the first one: it reported the death of Faik Gasanov.
Versions of his death vary. According to Galina herself, her husband died under the wheels of a car near the Odessa film studio. However, other witnesses say that everything happened because of an absurd accident: Gasanov ran after the last night tram, grabbed handrail, but suddenly slipped and got under the wheels. If the latest version is correct, then his death resembles the death of the famous Polish actor Zbigniew Tsybulsky.

Despite the double grief that fell on her, Galina managed to complete the work in the “Journalist”. And a year later, having finally recovered from the incident, she again found herself in the epicenter of steadfast male attention. Her colleague in the cinema world took her seriously. And again it was the director, only now not an ordinary, but the offspring of a very influential figure. It’s about Alexander Surin, whose father – Vladimir Surin – at that time headed the country’s main studio “Mosfilm.”

It was thanks to the efforts of her husband, Galina again began to travel abroad as part of the cinematographic delegations. And the first such trip of a star couple was the trip to the Cannes Film Festival.

Galina recalls: “The first trip to France was a shock to me. Hotels, restaurants, shops, and I enjoyed even window shopping …” Next, in 1968, Polskikh visited the neighboring country – Italy. And again – her own story about this: “Of the actresses we were three there: I, Lusia Savelyeva and Marianna Vertinskaya. For some reason, I felt not very comfortable on this trip. In addition, if Savelyeva brought War and Peace with her, the film with my participation was more than average. One day, Maestro Fellini invited us to his villa. Fellini was taciturn, but friendly. Fellini said that he hopes to meet me in a month in Moscow, during the Italian movie festival. I was waiting for Fellini, it seemed to me: something will happen in my creative destiny. But Fellini fell ill and did not come. And only a lot of his photographs with good wishes signed by him say that it was not a dream.”

According to Galina Polskikh, her acting life is happy. She managed to organically move from one age to another, without losing any humor, philosophical attitude to life, natural charm and … youth.

(Based on the book Favorite women of Leonid Gaidai), source of images kino-teatr.ru 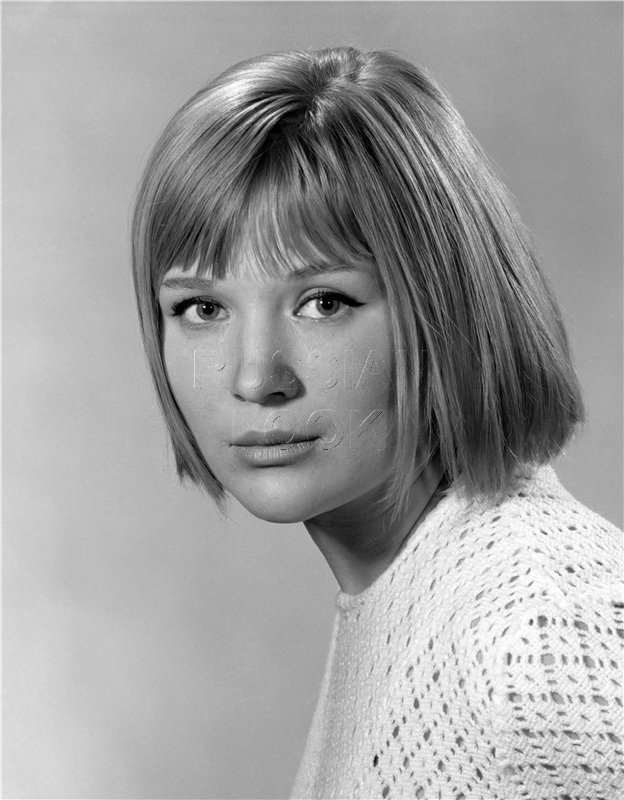 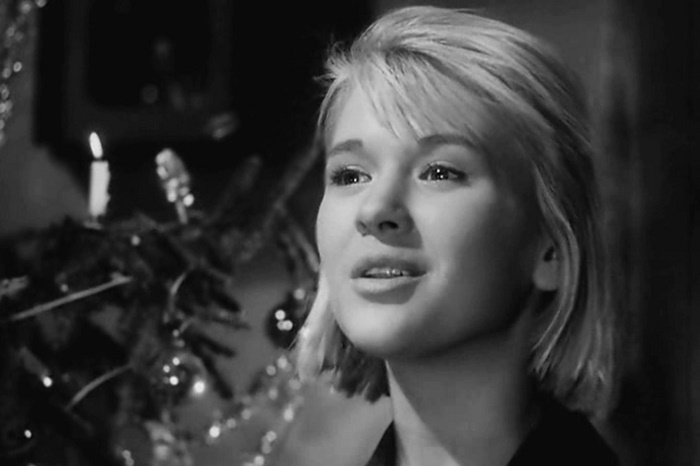 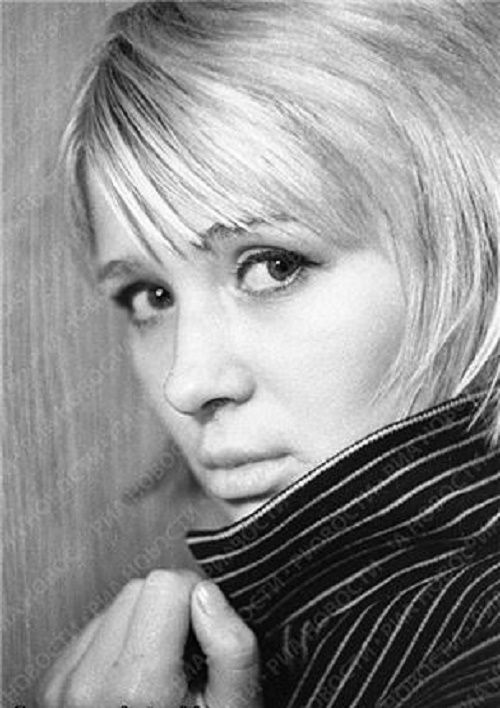 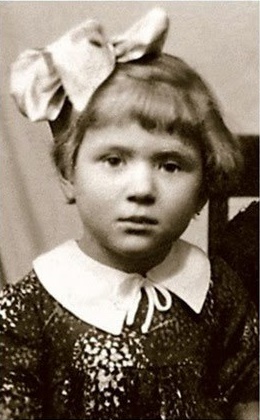 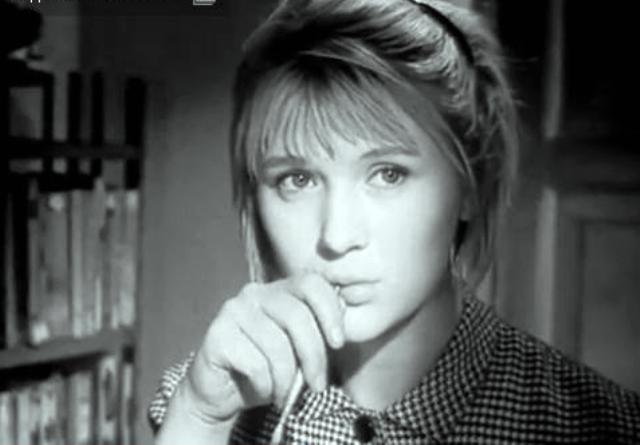 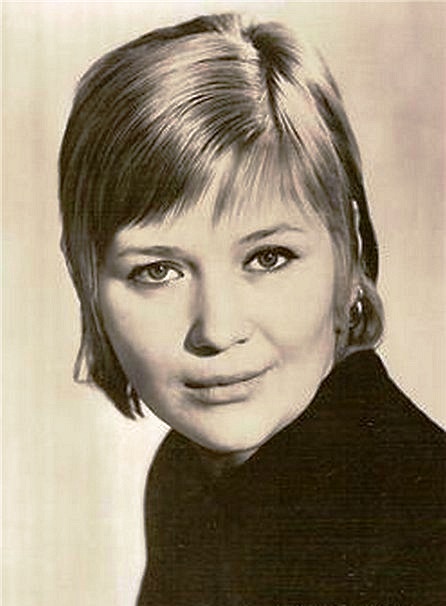 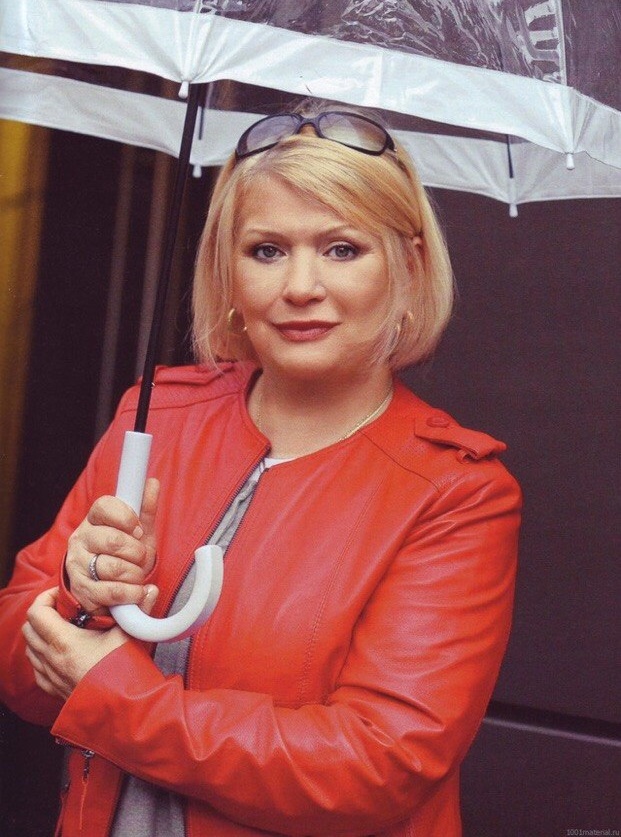 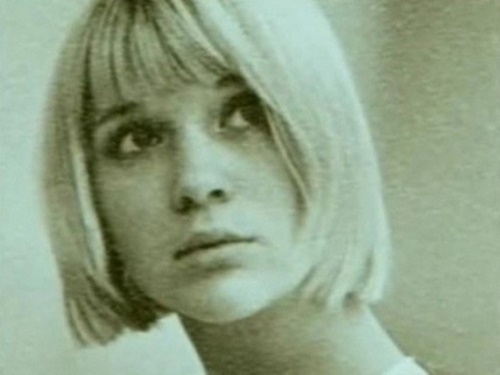 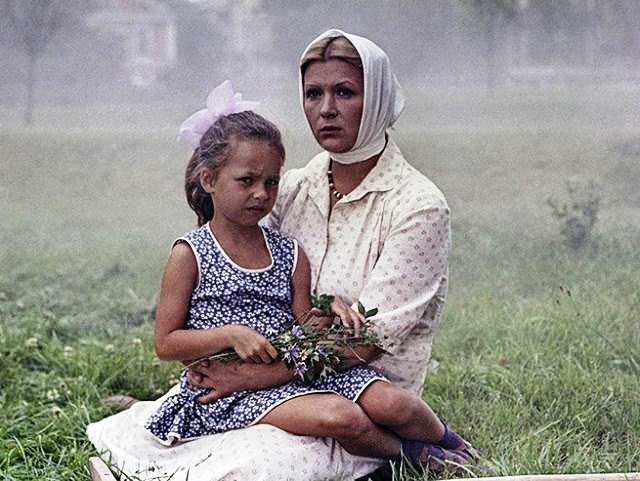 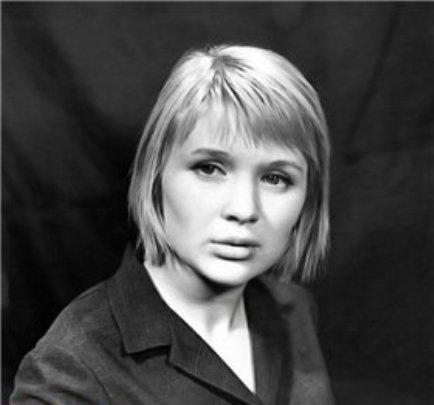 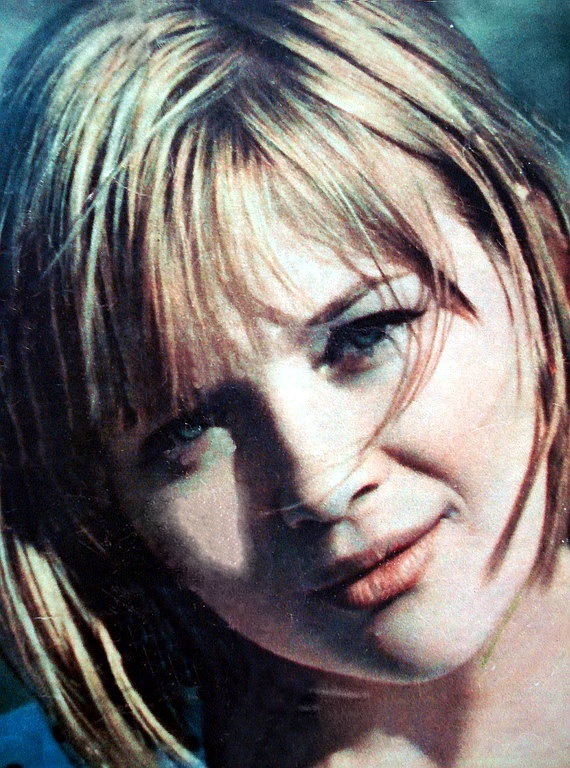 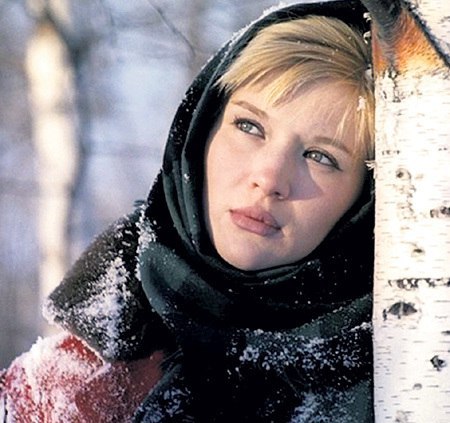 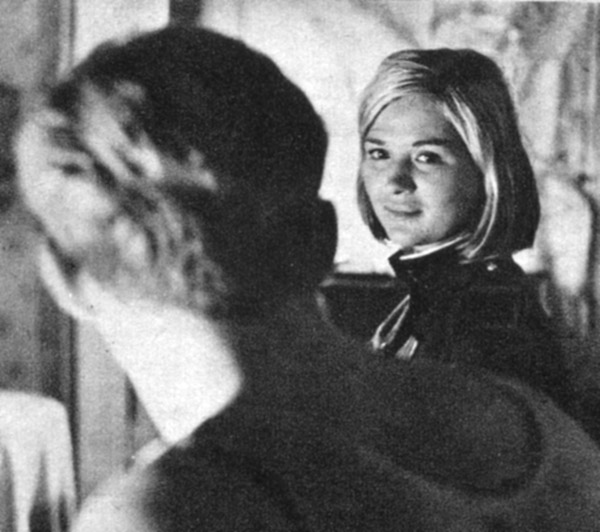 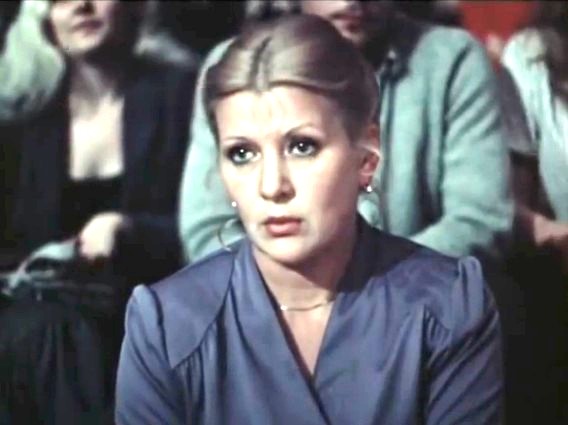 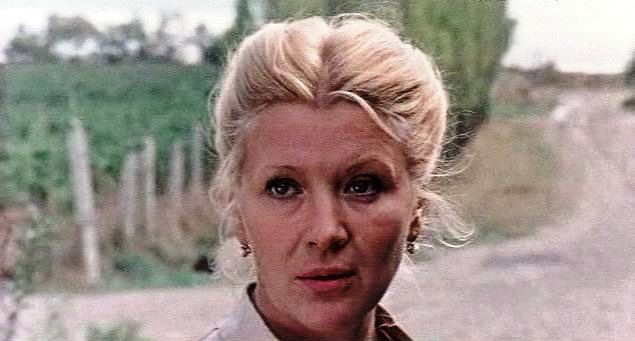 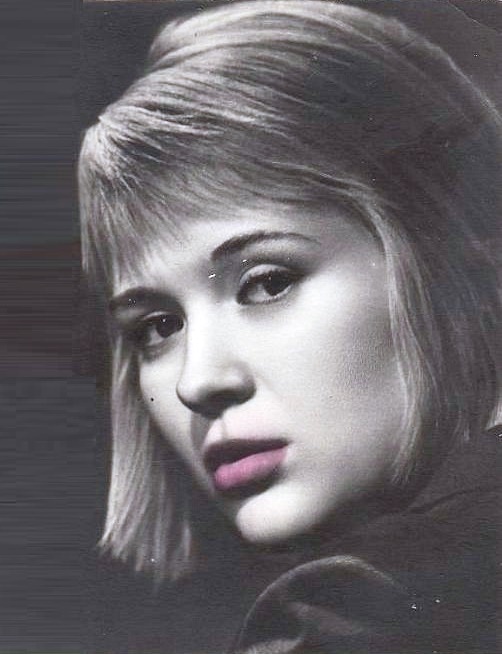 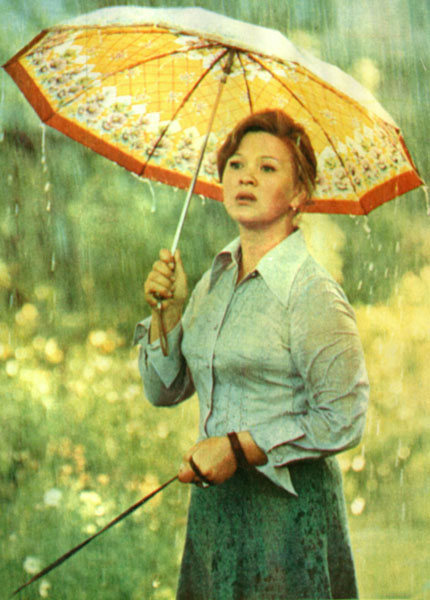 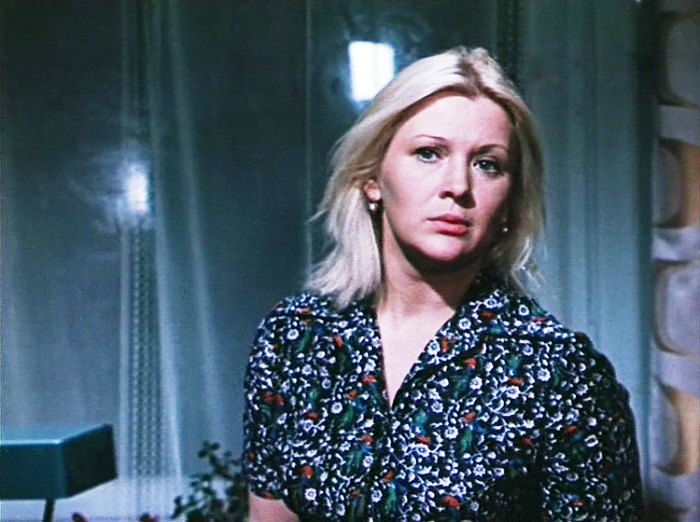 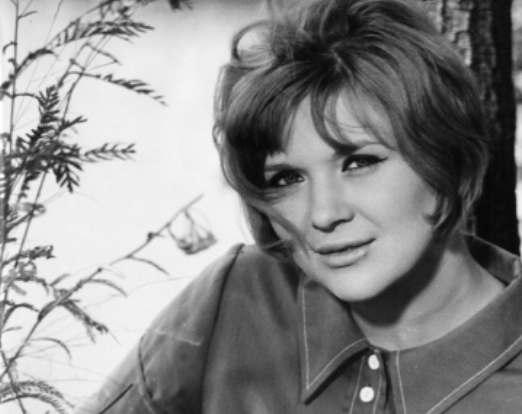 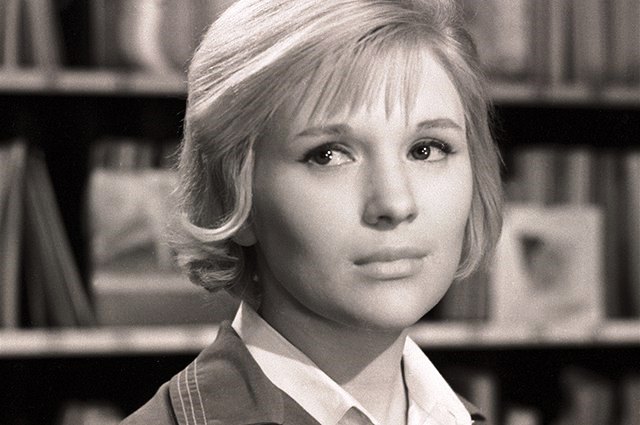 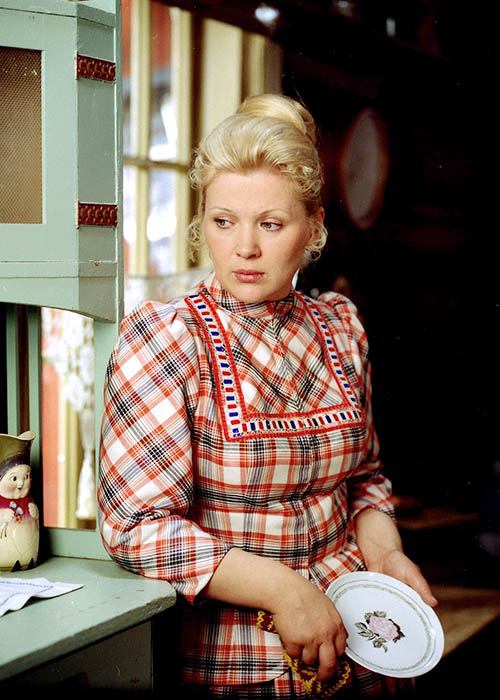 She manages to organically move from one age to another, without losing any natural charm and … youth 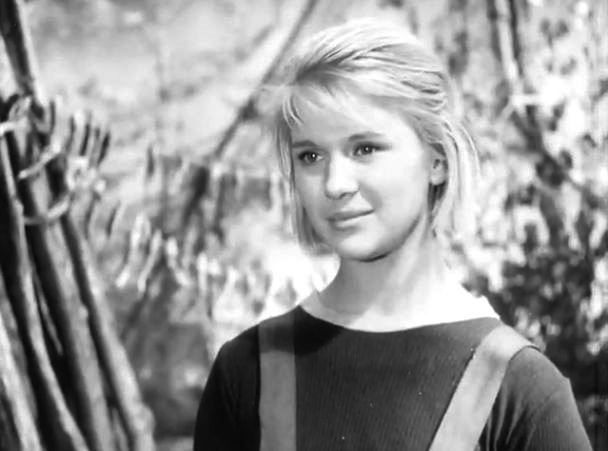 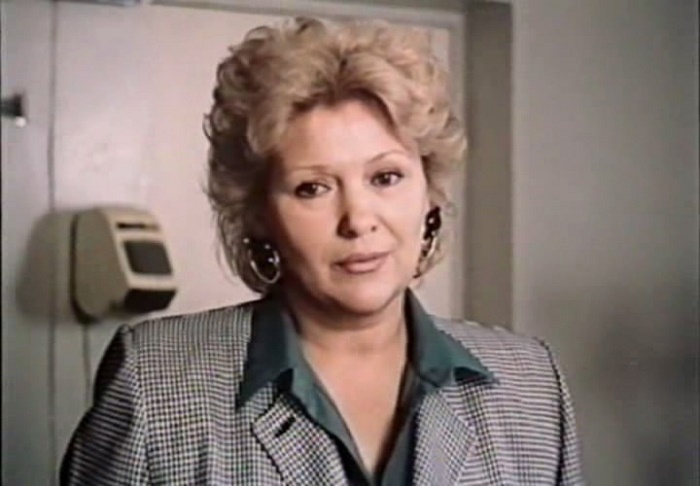 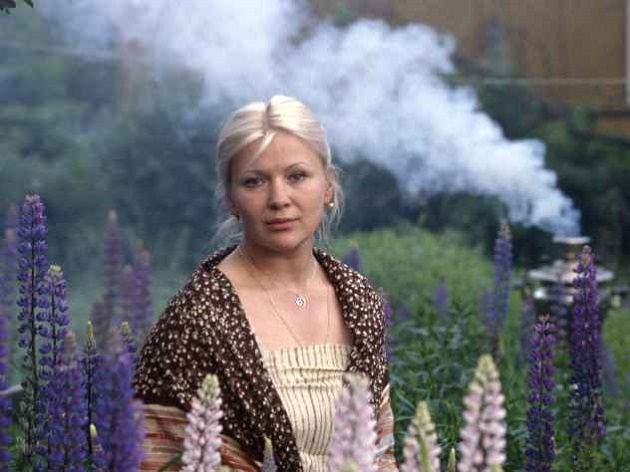 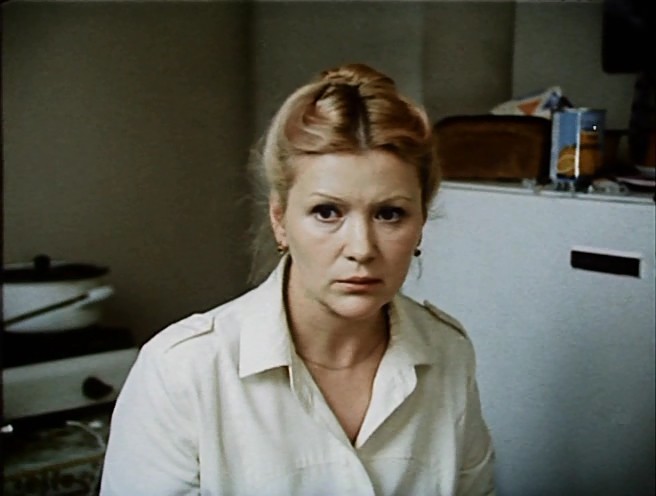 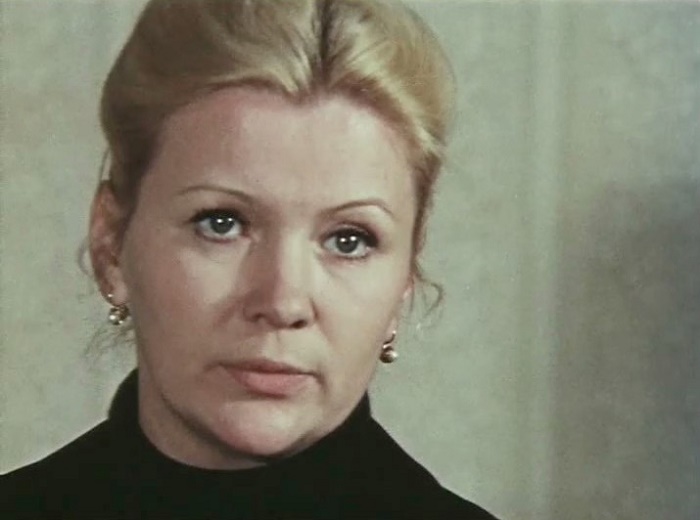 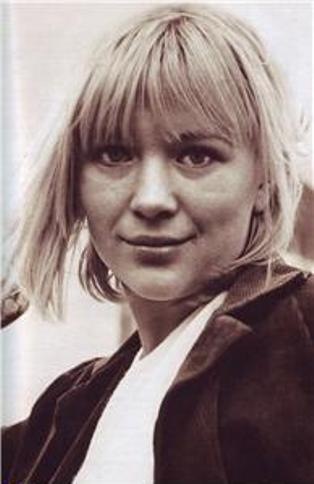 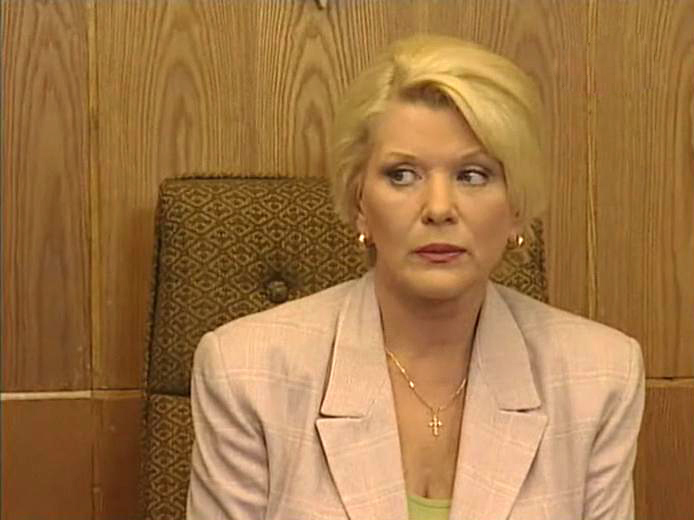