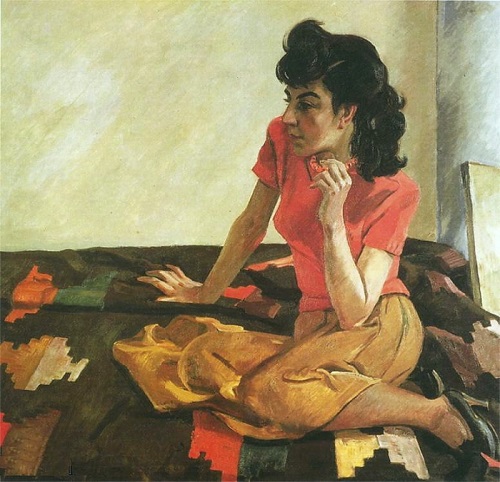 Soviet artist Mirel Shaginyan (May 17, 1918 – February 24, 2012) – painter, member of the Union of Artists of the USSR. Her mother, Marietta Shaginyan (1888-1982) was a famous Russian writer, one of the first science fiction writers in the Soviet Union. Mirel’s father – Yakov Hachatryants was a teacher of Nakhichevan seminary. Mirel’s first school was Russian school in Armenia, and then she continued studying in Kislovodsk. In 1931 Shaginyan family moved to Moscow. In 1936, Mirel Shaginyan graduated from high school. During World War II she was evacuated to Sverdlovsk. In 1948 she graduated from the Moscow Art Institute of Surikov (class of Alexander Deineka). Mirel Shaginyan lived in Moscow (Arbat) and in Koktebel, the Crimea. 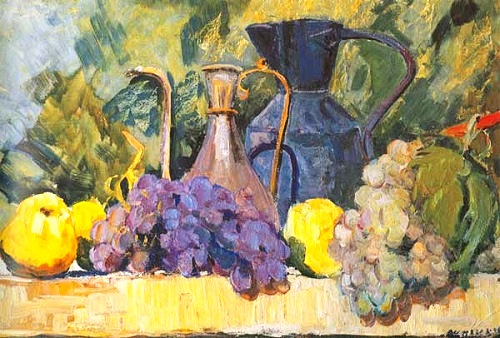 M. Shaginyan visited many countries of the world, which is reflected in her paintings. Since the late 1950s, with the first trip to Ethiopia, began acquaintance with Africa, which have prompted Mirel’s interest in this continent, its exotic nature and the lives of people. The most famous series of her paintings are devoted to Africa, which the artist visited 16 times. 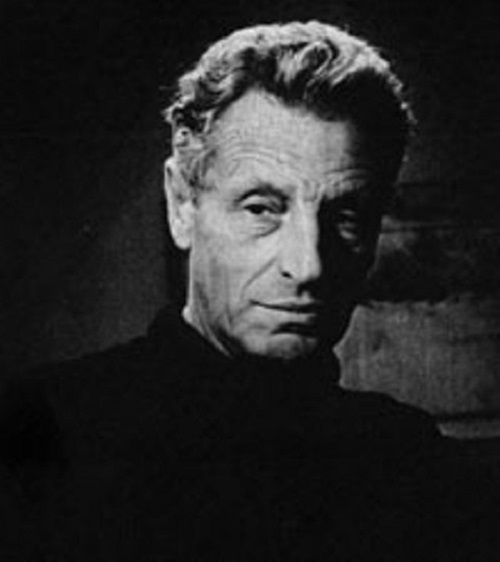 Mirel Yakovlevna Shaginyan died February 24, 2012 in Koktebel, the Crimea. Under her will she was buried at the village cemetery. 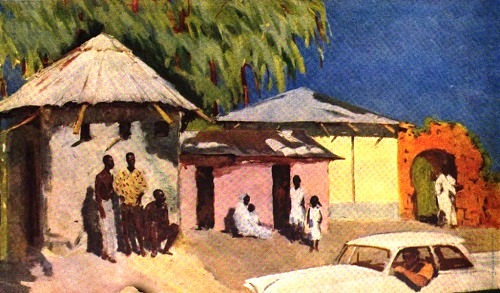 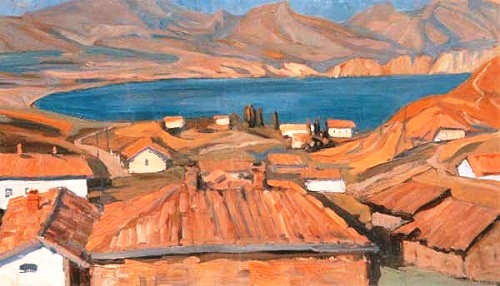 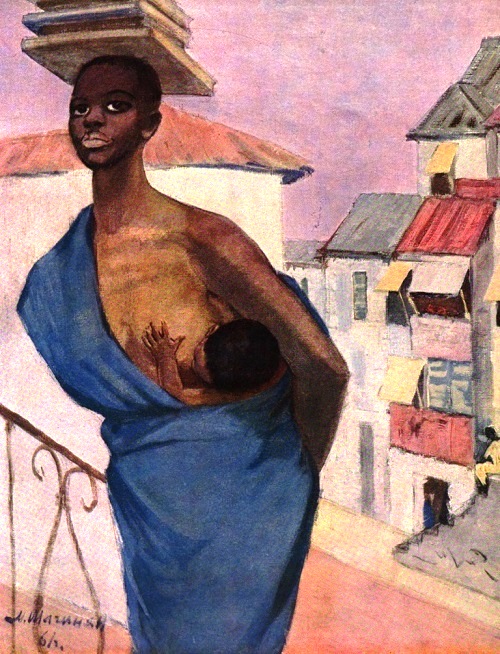 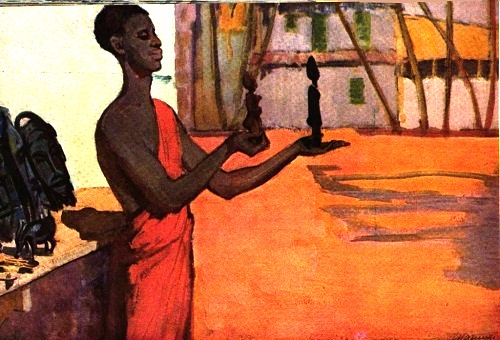 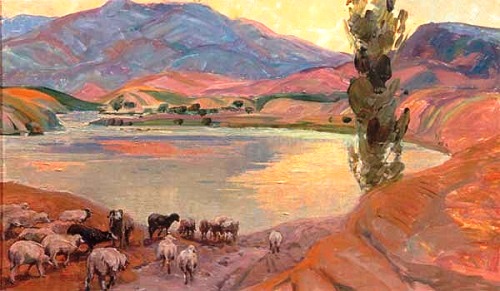 Sheep at the lake in Crimea