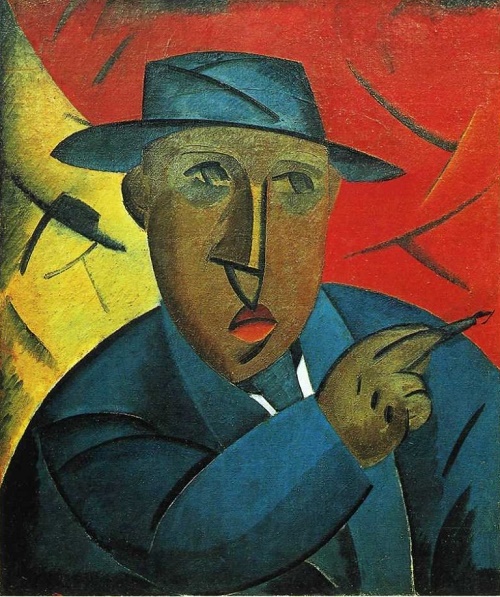 “Vladimir – thin and tall young man, a bit like a fish with a protruding upper lip, with a snub nose and evocative melancholy eyes.” Natalia Goncharova, 1911.
In fact, Constructivism was a Soviet phenomenon that emerged after the October Revolution as one of the areas of new, avant-garde, proletarian art. As Vladimir Mayakovsky wrote in his essay on the French art: “For the first time not from France, but from Russia flew the new word of art – constructivism …”
And one of the largest representatives of the Russian Soviet avant-garde, the father of constructivism was Soviet artist Constructivist Vladimir Tatlin (28 December 1885 — 31 May 1953). This direction, called Constructivism, was a new way of thinking. It presents a new logic in the way of artistic thinking, hence its importance to contemporary art. Besides, it assigns a major role to structure and establishes design principles. Tatlin, Rodchenko and many other artists, coming from the abstract, worked on the problem of interdependence of forms. By the way, Tatlin was one of the few avant-garde artists who stayed in the USSR, while the majority of them left the Soviet country. 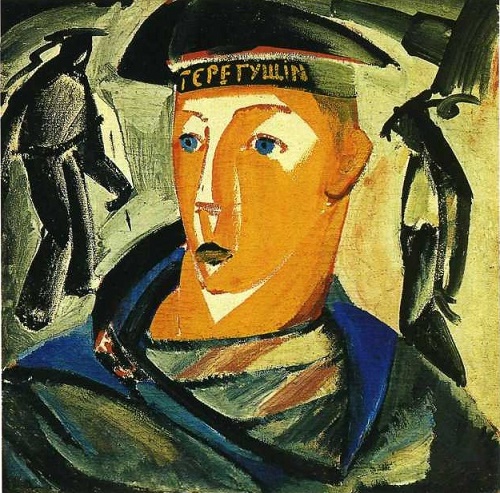 Vladimir Tatlin was born in 1885 in Moscow. The artist could not remember his mother, as she died when he was barely two years old. His father entrusted the education of his son to his second wife. Vladimir hated stepmother, did not like his father, and grew withdrawn and angry. Remembering his childhood, he said that he was then very unhappy. At 15 he dropped out of school and hired a real cabin boy on a ship. However, sea World will have a great influence on his artistic development. 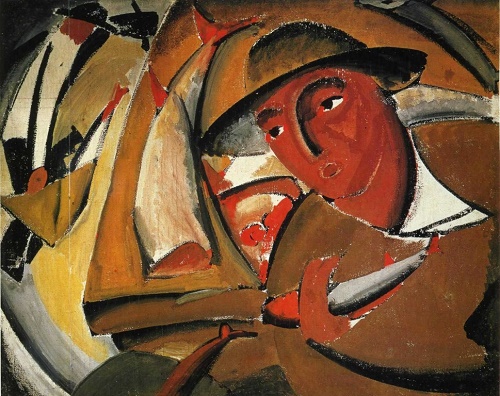 After his father died in 1904, he enrolled in the Penza Art College. In parallel, he attended various art courses in Moscow and St. Petersburg. There he moved closer to the avant-garde figures – architect Alexander Vesnin (1883-1959), poet Velimir Khlebnikov and AE Kruchenykh. And later – with artists Mikhail Larionov (1881-1964) and Natalia Goncharova (1881-1962). With the latest Tatlin had close cooperation. Unfortunately, in 1913, between them, as the proverb says, “ran a black cat …”. Their relations were ruined.

In March 1914, Tatlin went to Paris, where he visited Picasso in his studio. Meeting with an outstanding master, one of the founders of Cubism, inspired Tatlin to create “beautiful reliefs”, which he exhibited in Moscow after the return in winter of 1914.

In March 1916 Tatlin organized an exhibition called “Shop” This exhibition exposed the works of numerous figures of the Russian avant-garde. Tatlin – “pictorial reliefs” and “counter-reliefs”, Lyubov Popova – plastic paintings, Alexandra Exter (1882-1949) and Alexander Rodchenko – graphical abstractions. With the same artists Vladimir Tatlin in 1918 would be in the range of teachers of the Moscow Art Workshops.

The following year, 1919, he is working on a draft of the monument to III Communist International, the work, now known as the “Tatlin Tower.” In the same period, the artist directs his artistic quest in the direction of productivism. From 1927 to 1930 he continued teaching job in VKhUTEMAS and VHUTEIN workshops.

“Monument” will never be built. Conceived as a manifestation of the aesthetics of constructivism in architecture, it was to become the seat of the international communist institutions.

Not picture, rather, a set of objects, by the will of artistic conception of Tatlin collected in a single composition. Who, if not a creative genius, would be able to create a work of art from the rough wooden planks, a few unidentified metal and wooden elements, a pair of folded accordion leather inserts and cardboard? Details of the work are placed in such a way that looking at the collage spectator himself can build a tram. Meanwhile, the whole composition with correct and accurate lines in this work is not as important. The very appearance of this work, the courage to master, who showed it to the world – is the main point of this creation.

Since 1940, Tatlin, whose art was defamed as “formalist”, returns to the realistic painting. He died in Moscow in 1953. 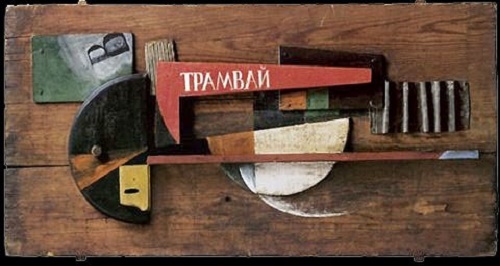 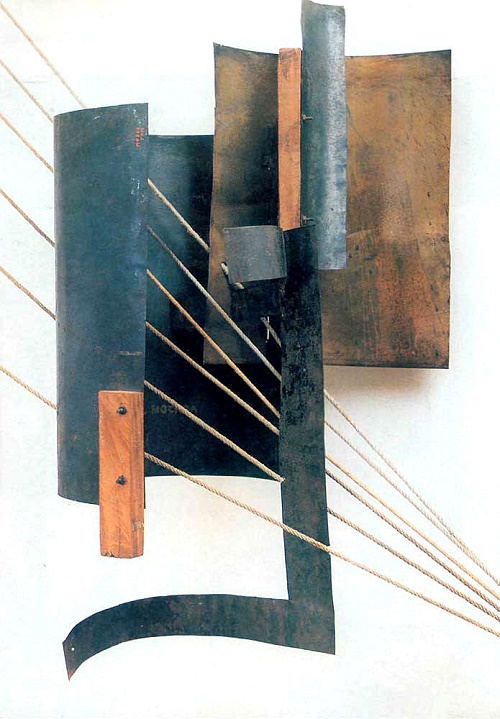 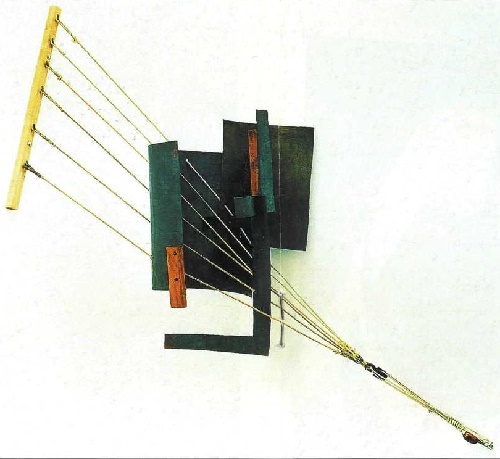 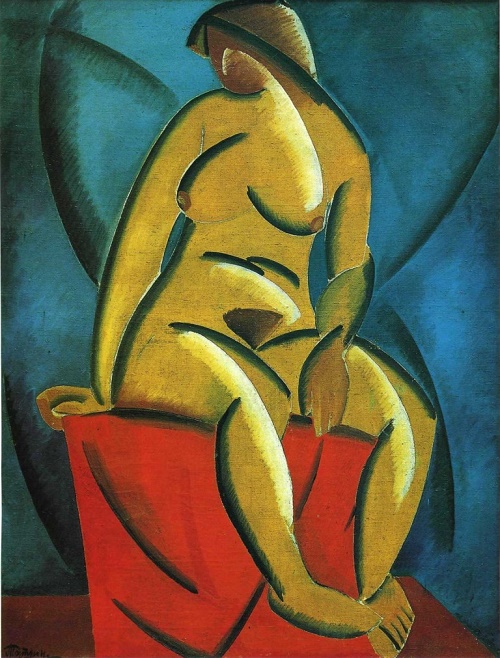 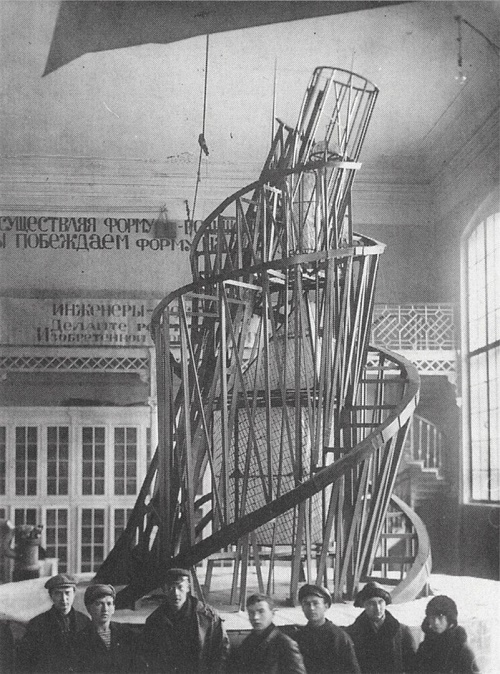 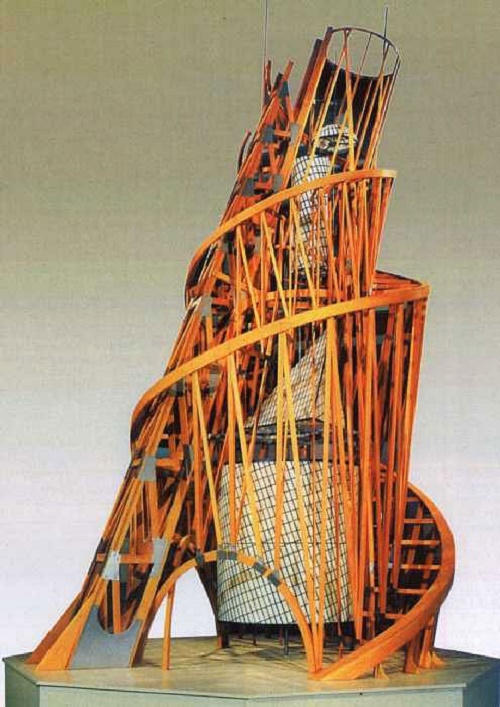 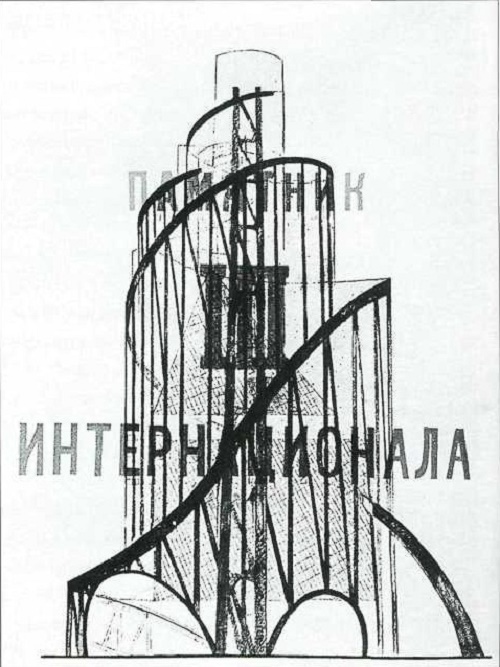 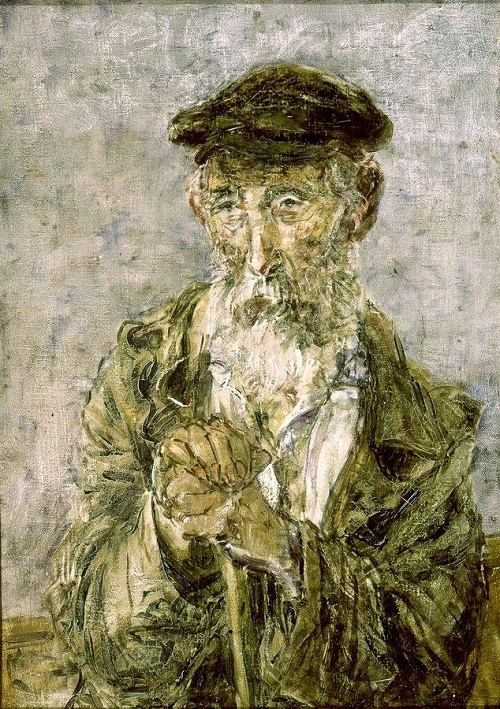 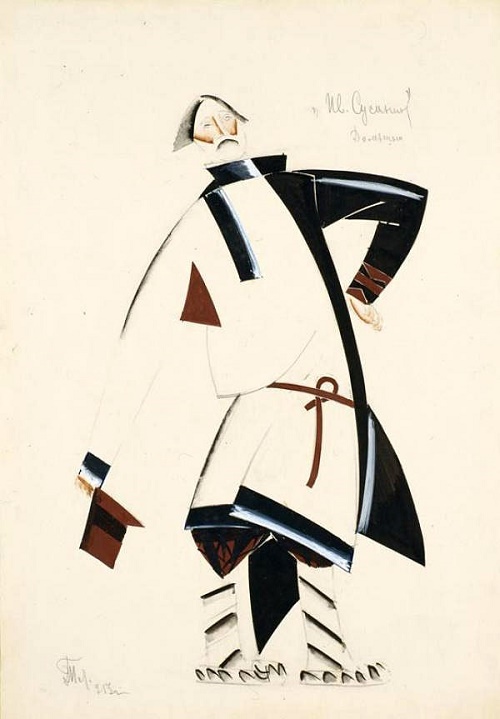 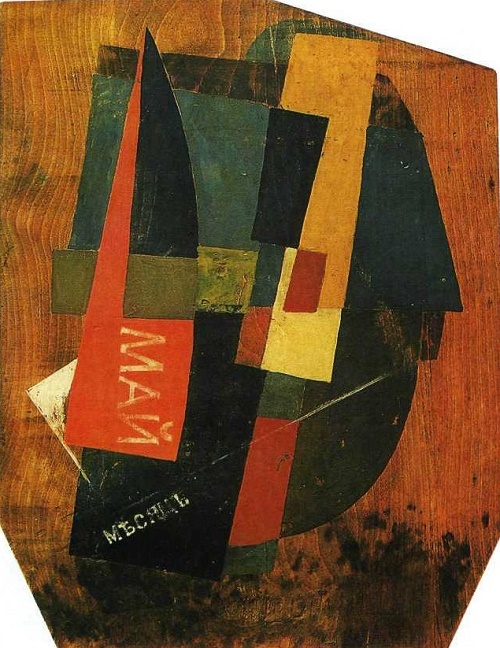 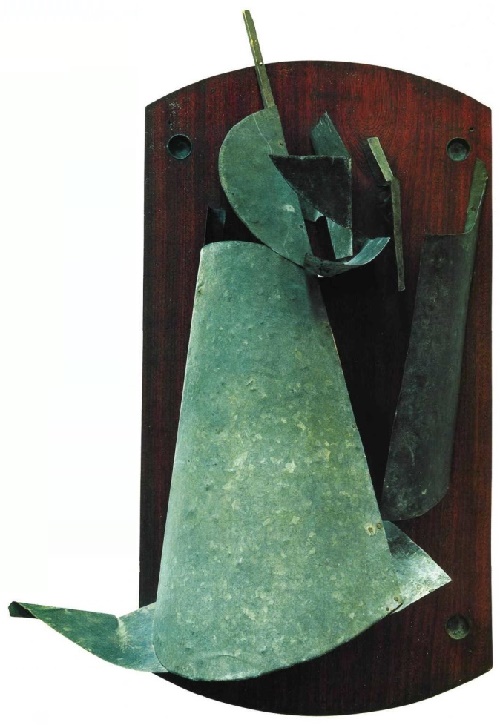 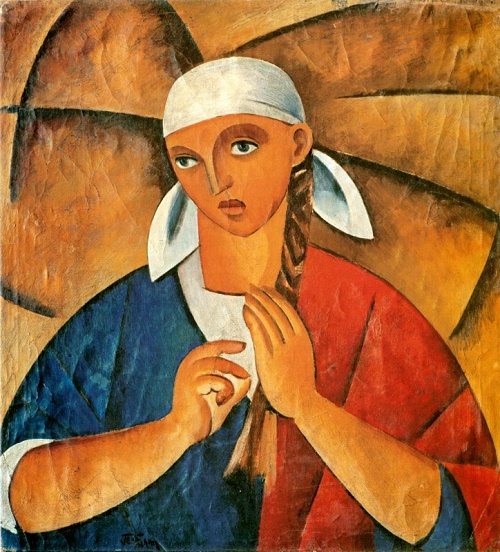 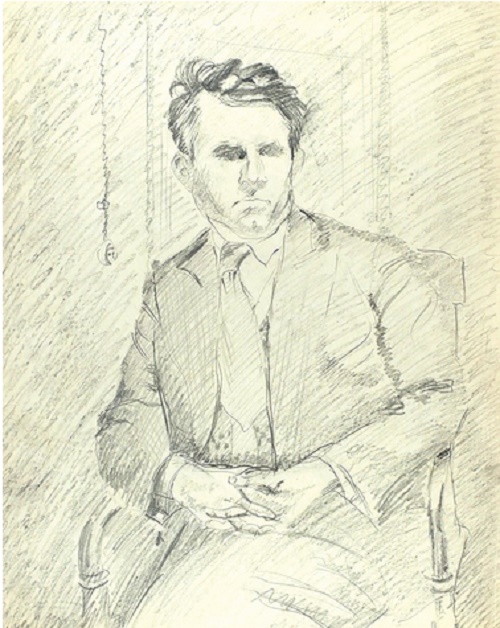