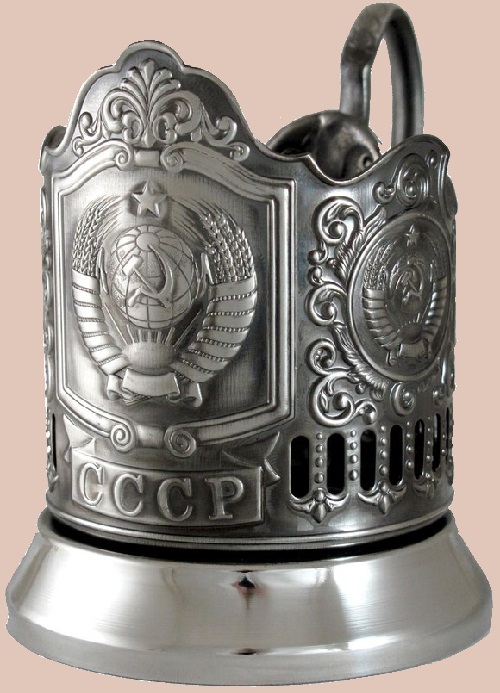 Legendary Soviet Podstakannik
Traditionally, in the Ukrainian, Belarusian, Georgian and any Soviet republic’s trains the tea was served and drunk from glasses, not from cups. The stability of the glass on the table provided made of metal “podstakannik” that holds a drinking glass.
Meanwhile, the tradition of drinking tea from glasses and podstakanniks penetrated the life of ordinary families, and homes. Noteworthy, the history of podstakannik is inextricably connected with the history of the USSR. Chosen, in particular, an ideal advertising medium, billboard, and conductor of Soviet propaganda. There was no television yet, and for advertising used other subjects, mostly collectible things. Among them – podstakanniks and matchboxes, stamps and postcards, badges and porcelain figurines. Besides, each of them could not help but caught the eye of every Soviet citizen. 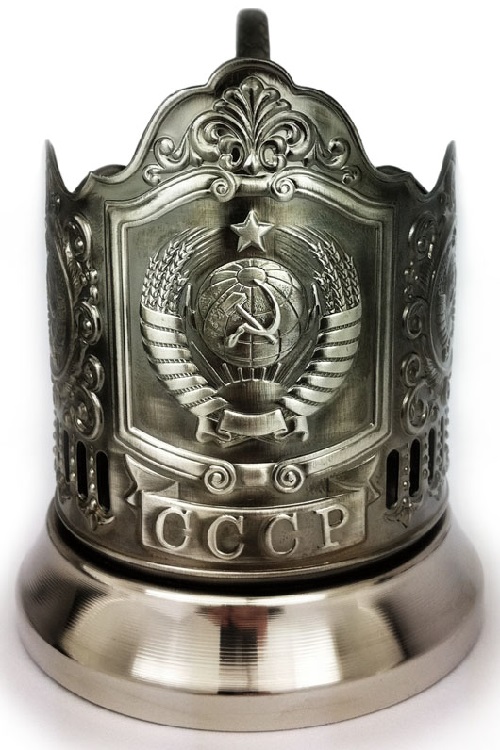 On the bas-relief medallion depicts the flag of the revolution against the backdrop of high-rise “Stalin” buildings and the cruiser Aurora. The message – the famous patriotic slogan of Soviet people “All Power to the Soviets”. 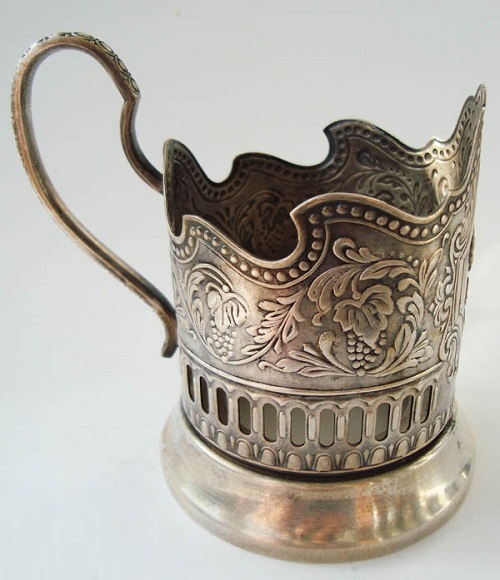 Glass Holder ‘Moscow Olympic Games’. Silver cup holder, covered with multi layered silvering. Issued in limited edition in honor of the XXII Olympic Games in Moscow in 1980. During this period, our athletes for the first time brought the golden glory to the Soviet sport with the legendary achievements. In the games Soviet athletes were far ahead of their rivals: 195 medals – 80 gold, 69 silver, 46 bronze. 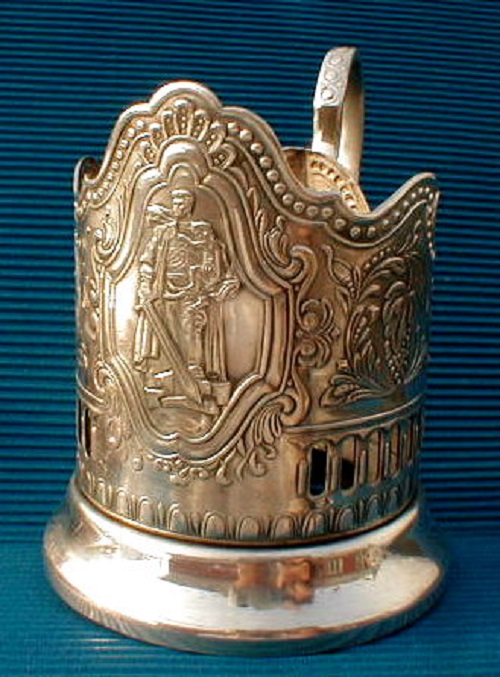 Jubilee Holder ‘Warrior-liberator’. Nickel silver cup holder, covered with a multi layer silver. Issue 1965. On the front of the cup holder is made bas-relief of the monument to the Liberator Soldier in the park in Berlin (E.V.Vutechich sculptor, architect L.B.Belopolsky). Dedicated to the great liberators of humanity from the brown plague of fascism of World War II.

Glass holders, which appeared in the 19th century, became popular in the 1930s. It was a kind of ideological mouthpiece of the achievements of Soviet Union. Since that time, the production of podstakanniks started out on an industrial scale. Used precise stamping and silver. For example, the plant “Severnaya Chern” from Great Ustyug manufactured the silver cup holders in the technique of “blackening” that made these objects works of art.

Podstakanniks reflected the diverse aspects of the political and cultural life of the country. Available were whole thematic series: architecture, monuments to famous people, memorable dates, cities of the USSR, Russian fairy tales … Images of the workers and peasants, the first tractor, the hammer, the tank, Lenin and Stalin portraits – all this can be found on the glass holder at the time. Even resting, the Soviet people had to remember the achievements of their homeland.

The most prestigious were nickel and silver holders, and they were expensive. More accessible were podstakanniks from aluminum and stainless steel products. In the 70-ies of XX century, there were cup holders, made of an alloy of “copper-nickel – zinc” with deep silvering. The most significant contribution to the production of nickel silver glass holders were produced in Kolchugino.

Interestingly, in the Soviet times attitude to the glass holders was really serious. In honor of the 1980 Moscow Olympic Games were made 10 thousand glass holders of expensive material with the logo of Olympiad and Olympic bear. The image of the Bolshoi Theater also enjoyed great success. 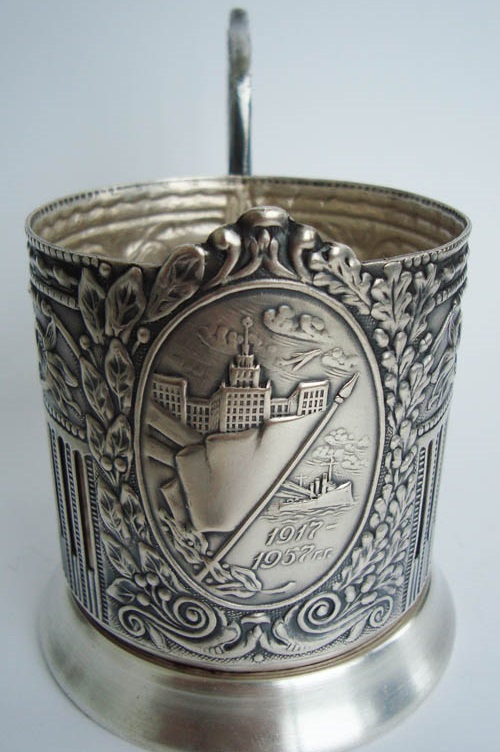 40 years of the October Revolution 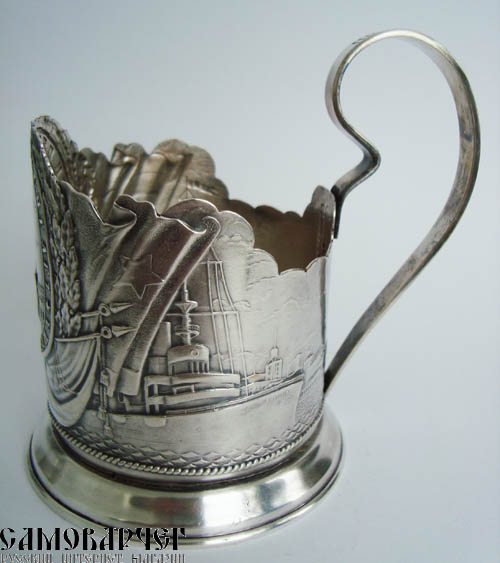 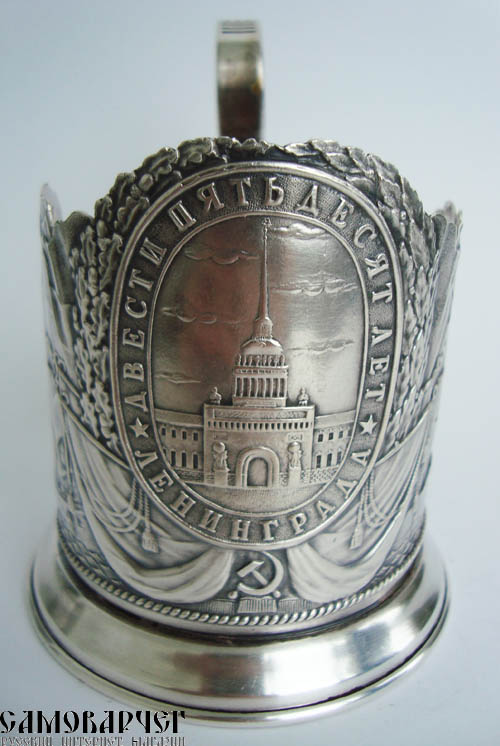 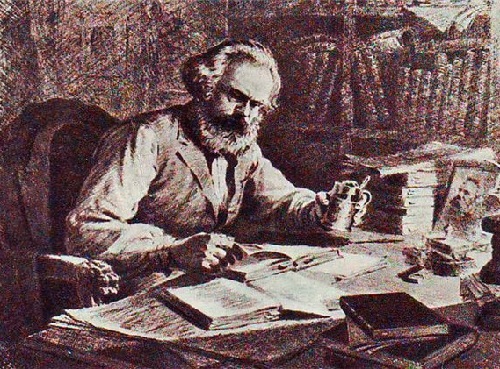 Only Soviet artist could depict Karl Marx with podstakannik in his hand. Unknown artist 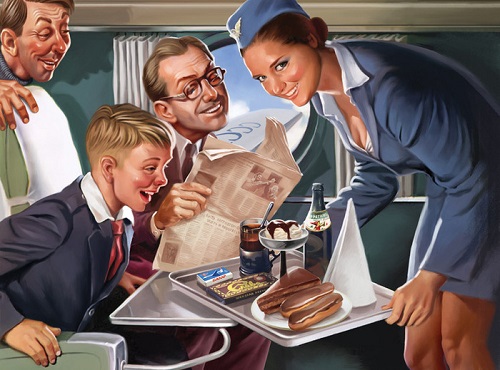 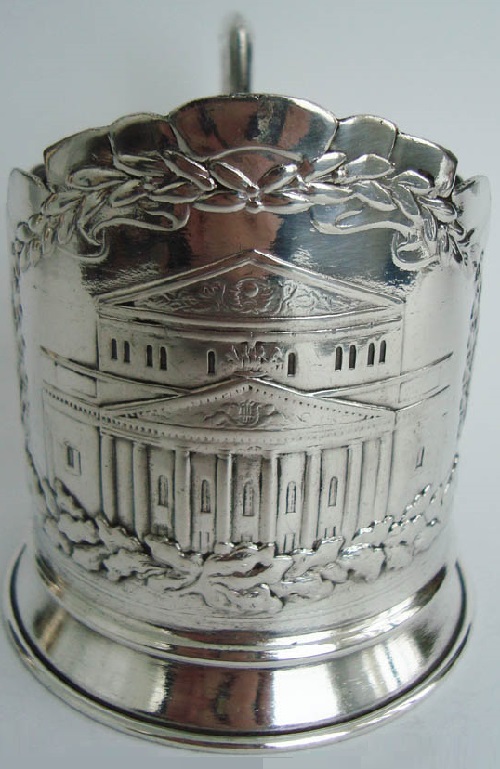 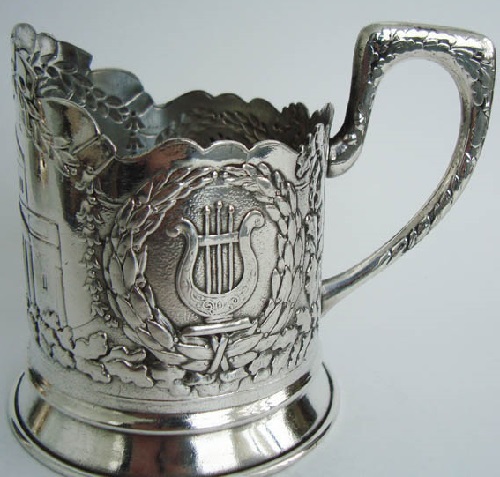 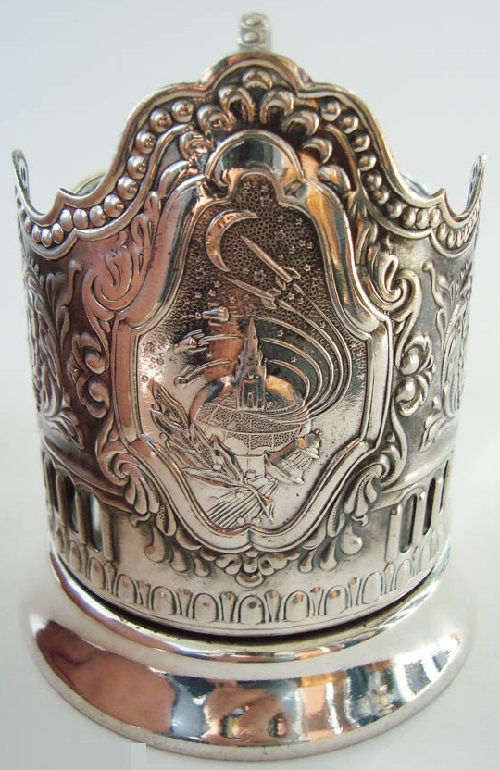 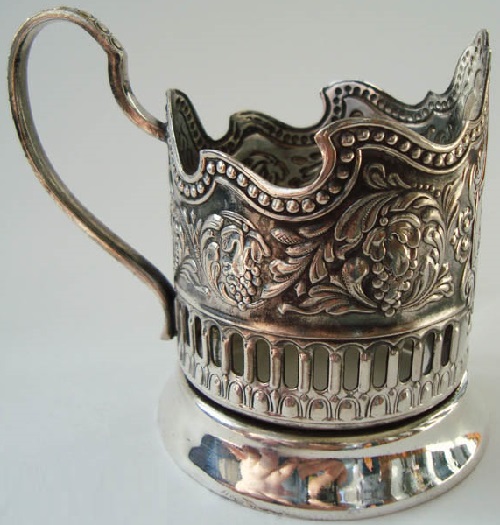 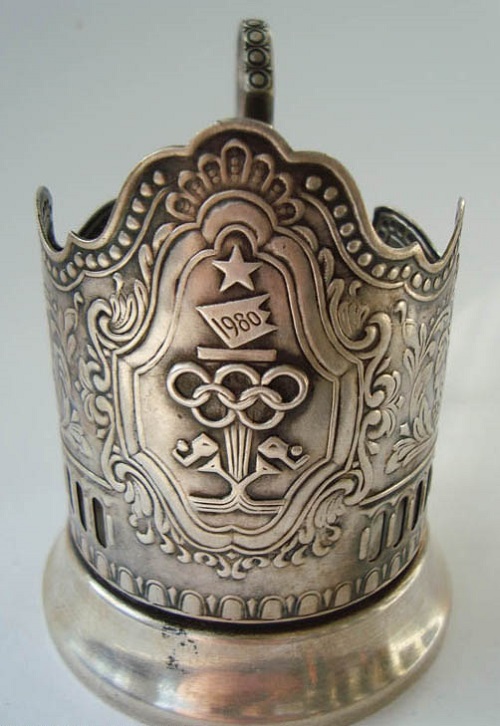