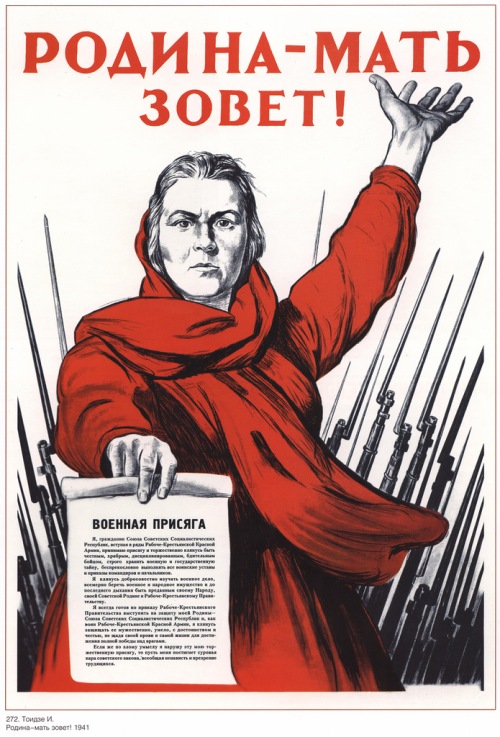 World War II Soviet posters
The Most famous Soviet posters of the period of World War II are works of art and reflect elements of the Soviet cultural heritage. Such posters have often been displayed at special stands. Military posters differed in the quality of performance, and form. Some posters were rude caricatures, while others were paintings on military subjects or photographs and had been popular with explanations about what is happening. Popular was a poetic commentary, or a quote from the works of Vladimir Lenin or Iosif Stalin. Popular poster “Motherland calls!” was the first and the most famous Soviet poster of the second world war. The text on the sheet in the Motherland hand is the Red Army oath. The Motherland Calls poster was created by artist Irakli Moiseevich Toidze in late June 1941. The artist himself recalled – upon hearing the first report of the Soviet Information Bureau that Nazi Germany attacked the Soviet Union, Toidze’s wife ran into his studio with a cry “War!”. Startled by the expression on her face, the artist ordered his wife to freeze and immediately began to sketch the future masterpiece.

For the production of The Soviet posters of World War II were responsible the Propaganda and Agitation of the Central Committee of the CPSU (b) and the Department of Work against the enemy forces of the Red Army of General Political Management. Periodicals were the leading form of Soviet propaganda, reflecting a point of view of the authorities, and the mass mood. Formed by Soviet propaganda image of the enemy in the face of Germany, the Nazi elite and fascism – but not the German people – was an important factor in the USSR moral-political preparation for war. The most essential part of Soviet propaganda was a sharp rejection of racism, fascism, antisemitism and chauvinism as a manifestation of the universal component of value accents.

Propaganda has been designed to reduce the level of social stress, enhance the morale of the army and the productivity of labor in the rear. Almost all the material of this kind can be divided into two categories – representing “ours” and enemies. 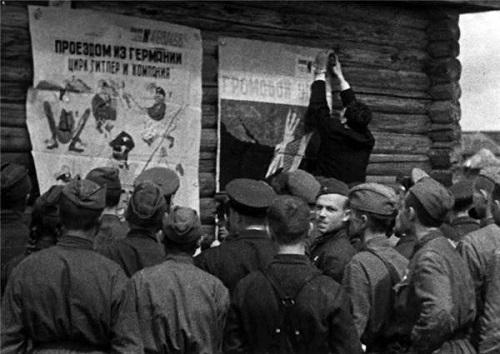 Kukryniksy Artists at the front, in 1942

Enemies appear in promotional materials as pitiful and helpless, the inhuman monsters. In some cases, the central element of propaganda material becomes not the enemy, and the inhumanity and destructiveness of his actions. This is due to the need to simultaneously suppress their fear of the soldiers against the enemy, to instill in them the determination and impersonal image of the enemy – to make sure that he is not perceived as a man, and it was easier to shoot him. Typically, these materials are strong reasons to protect their country, their homes, and the revenge motive. 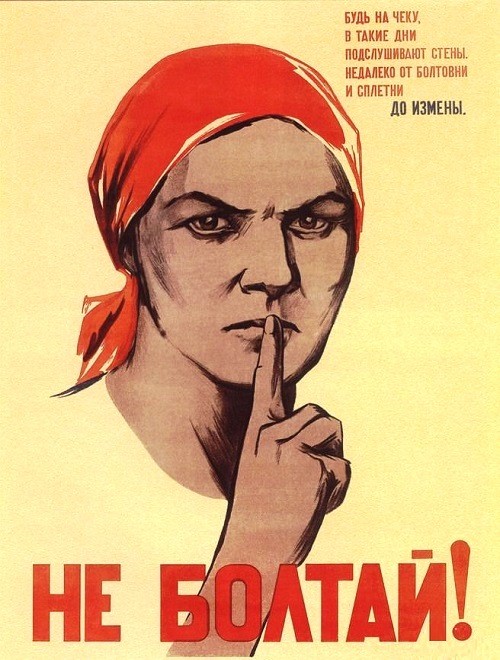 The poster “Do not talk!” was created to help in the fight with a deadly enemy, who was getting closer and closer to the capital. Moscow immersed in the darkness, blackout on the windows, One day Soviet artist Nina Vatolina received a task from an editor – to make a poster, and she put a finger on her lips, saying “It is necessary to less talk now”. Nina asked her neighbor to pose for the poster. The woman had two sons, who were fighting with the enemy at that time. But the eyes and emotional expression – the artist’s reflection in the mirror, as she explained it herself. 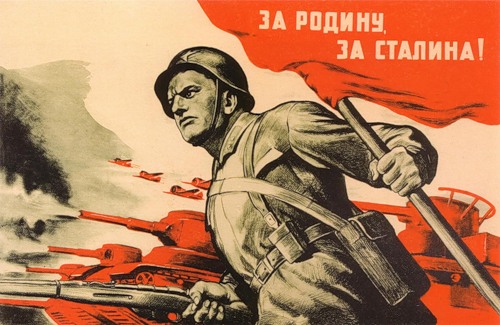 ‘For the Motherland, for Stalin’ – was the official war-cry of the Red Army during the second world war. Artist G. Mirzoev 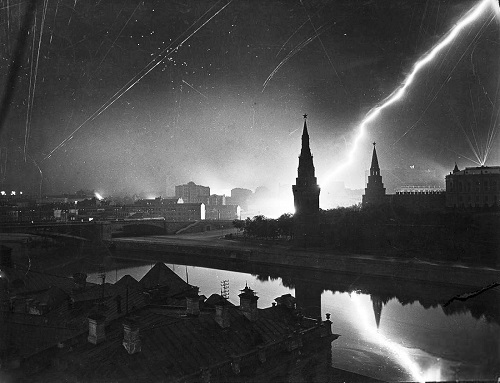 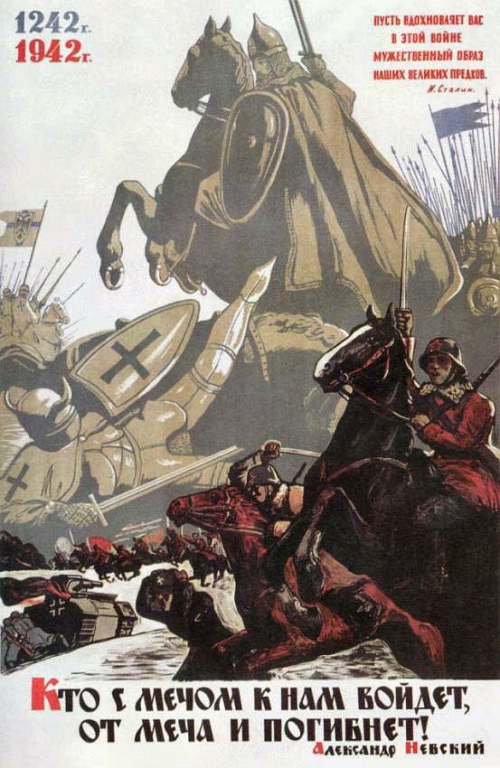 “Who comes to us with a sword by the sword shall die”. Quotation ascribed to the Prince of Novgorod Alexander Nevsky who repelled Livonia Knights intrusion into Russia in 1242 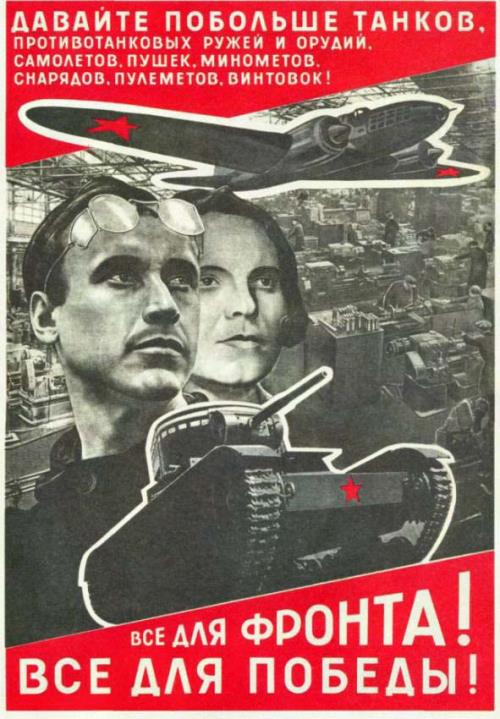 All – for front, for victory 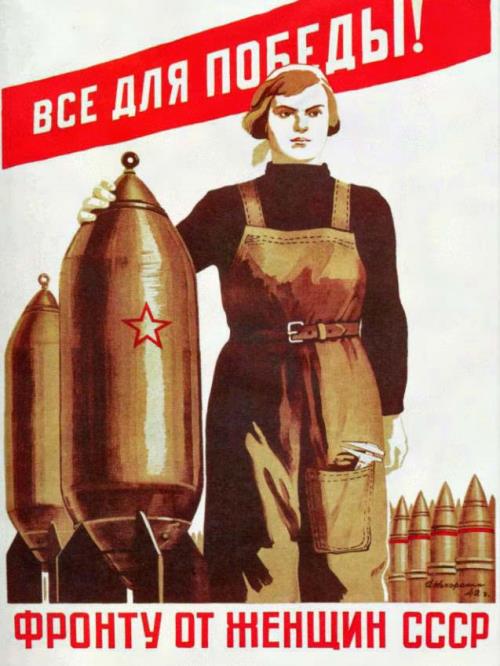 All for Victory, to the Front from the Women of the USSR 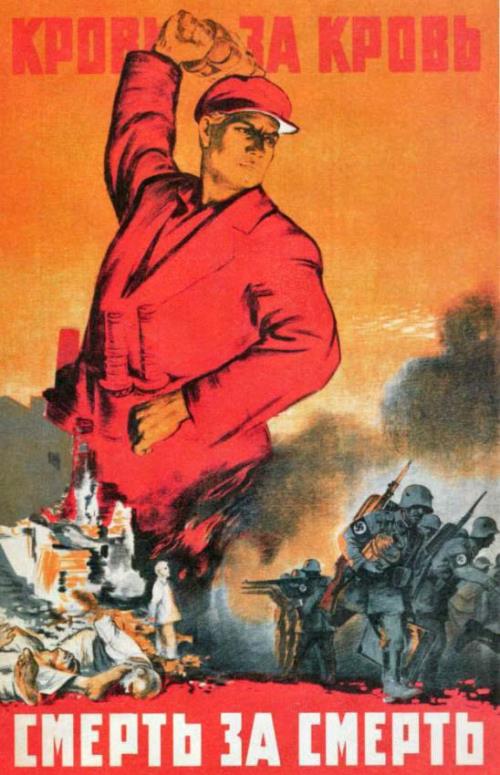 Blood for blood, death for death 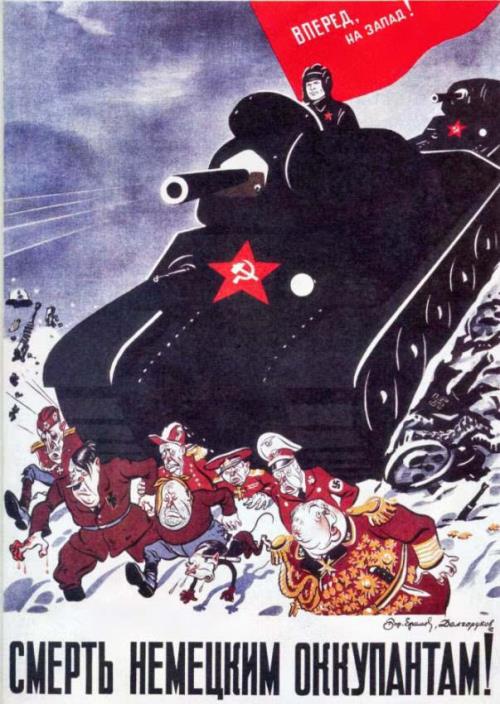 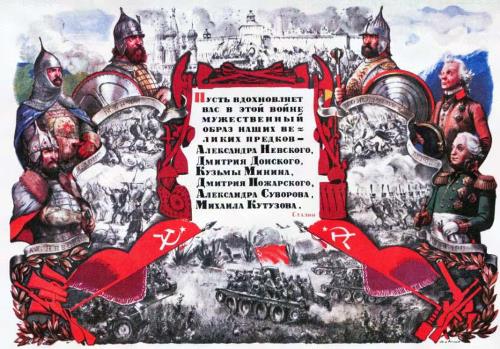 Heroes for all ages 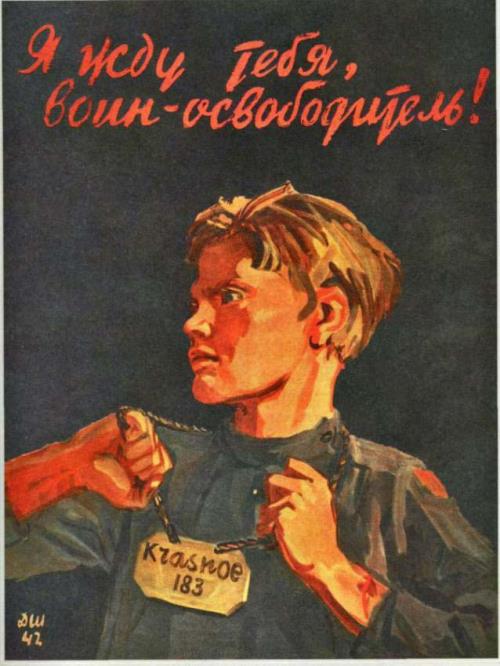 Russian child-prisoner of a Nazi extermination camp. Other name of this poster is “Red Army warrior, rescue me!” 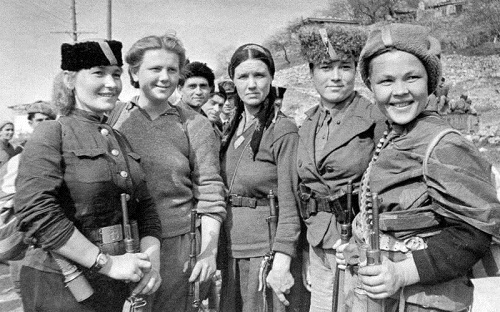 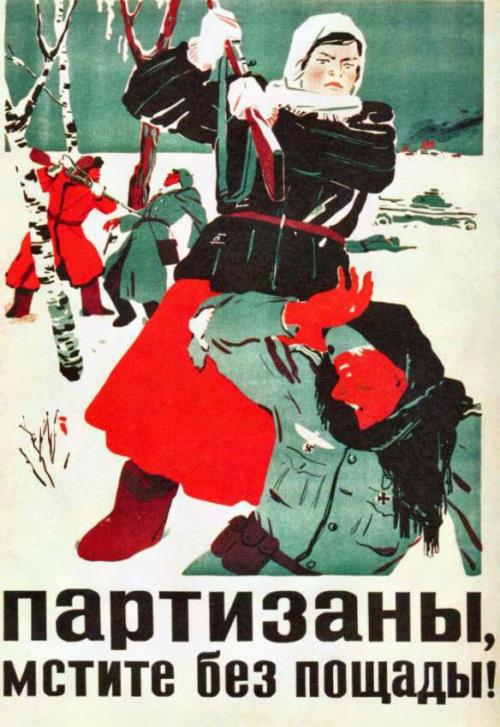 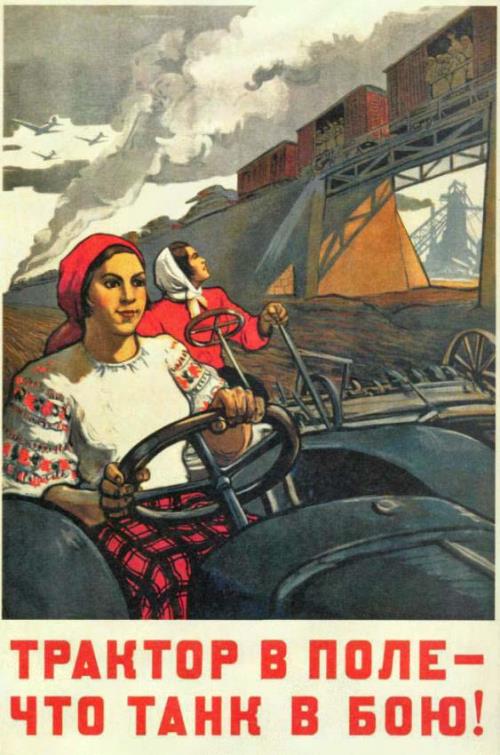 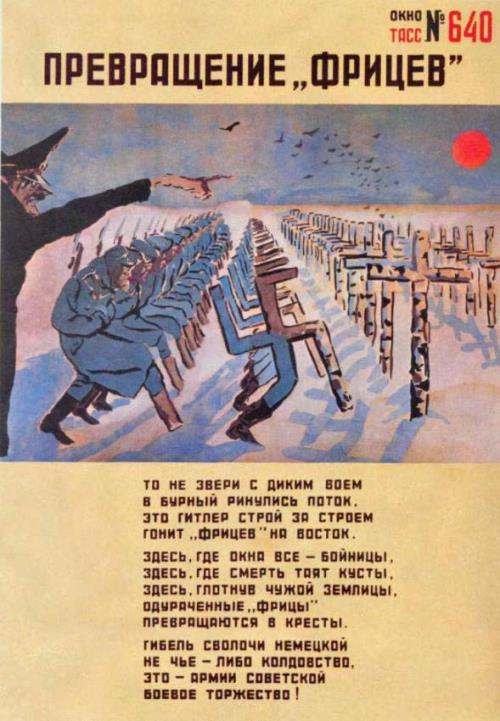 Transformation of the enemy 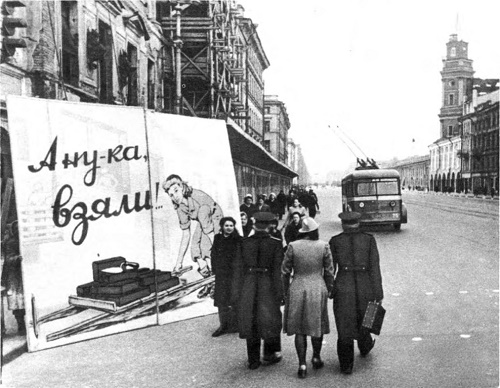