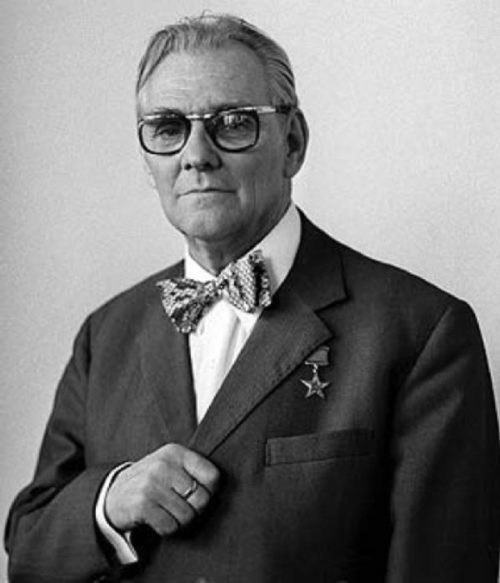 Soviet sculptor Yevgeny Vuchetich devoted almost half a century to monumental art. People’s Artist of the USSR, laureate of five Stalin and Lenin Prizes created more than forty sculptural portraits from field marshals of the Russian Empire to the commanders of the Soviet army. 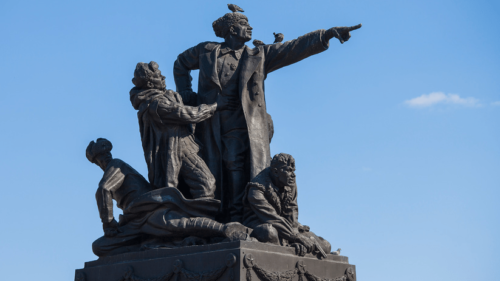 The most famous works of Vuchetich are the ensemble on the Mamayev Kurgan, the monument to the Liberator Soldier in Berlin and the sculptural composition. Let’s beat swords into plowshares” near the UN building in New York. The sculptor chose the military theme for a reason. In June 1941 he went to the front as a volunteer; when he returned, he continued to work at the Grekov Studio of War Artists, preserving the memory of battles and battles in his works.

The son of the Russified Serb and Frenchwoman Viktor Vuchetich and Anna Stewart was born in Yekaterinoslav in 1908, graduated from an art school – already in Rostov. The graduate’s diploma work was a sculptural group depicting a sailor on a rearing horse in full size – the embodiment of childhood impressions. Eugene listened to the stories of the demobilized Red Army soldiers about the Civil War, and the very first independent work of the novice sculptor ended up in the North Caucasian Museum of the Revolution. The image is so bright and emotional. The first international recognition of Vuchetich was the gold medal at the 1936 World Exhibition in Paris for the work “Kliment Voroshilov on horseback.” 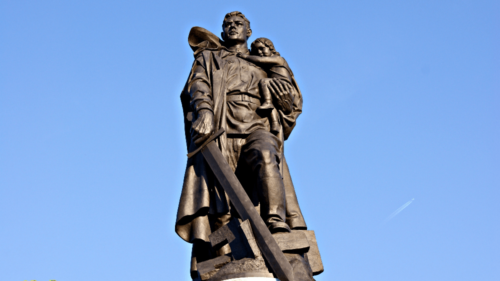 The sculptor continued his studies at the Leningrad Academy of Arts. The cultural capital added not only academic knowledge: Vuchetich studied the creations of his predecessors – sculptors and architects in museums, and just on Leningrad streets. All the time after the Academy I learned to make a hand, make a head, make a man, the master recalled. 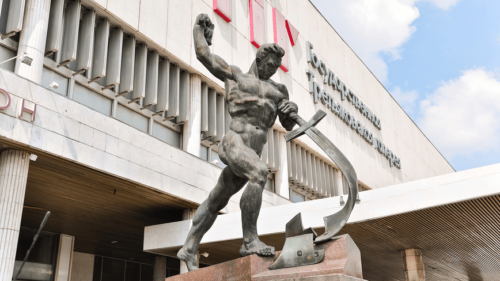 In the 1930s, at the height of the grandiose construction, Yevgeny Vuchetich found himself in Moscow – at the very epicenter of the implementation of Stalin’s plan for the city’s reconstruction. The sculptor worked on the “construction sites of the century” – during the construction of the Moscow Hotel and the Lenin Library, he directed the experimental workshops of the Palace of Soviets that had not yet been built. Many projects of that time remained on paper, such as a monument to the hero of the Civil War. Grigory Kotovsky, who was prevented from finishing by the war. 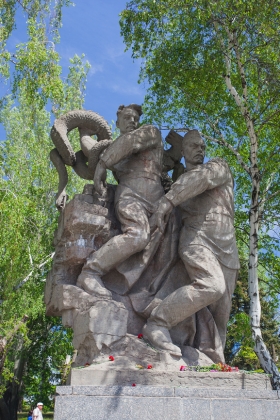 Heroes’ Square. Sculpture Two fighters dropping a swastika and a fascist hydra into the Volga

Even after a severe concussion and demobilization, the sculptor went to the front as a member of the Mitrofan Grekov Studio of Military Artists. Artists made documentary sketches, sculptural portraits, sketches, creating a kind of chronicle of wartime. From the images of the heroes of 1812 – Suvorov, Kutuzov, Bagration – Vuchetich moved on to the heroes of his contemporaries: during his creative life, the sculptor created more than forty portraits of Soviet military leaders and heroes of the Great Patriotic War. 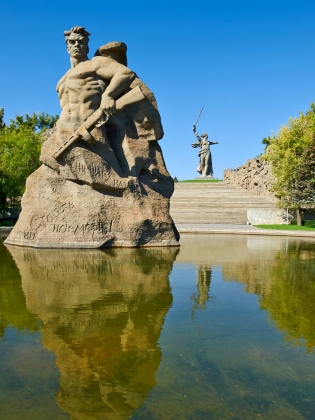 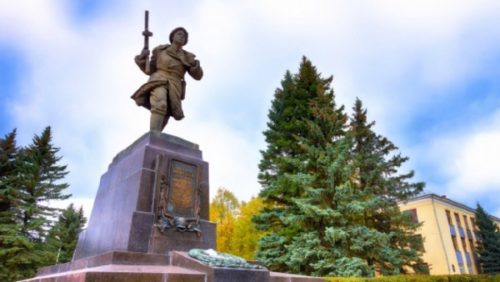 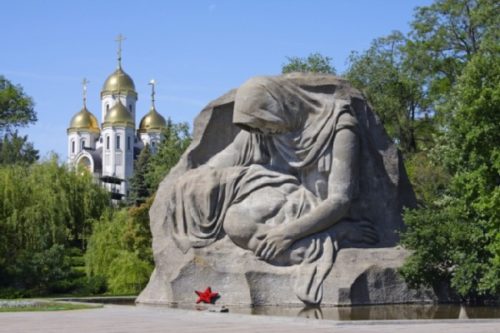