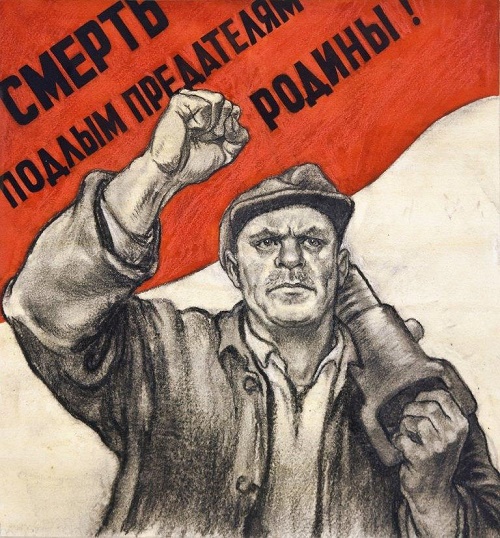 Cartoons by Soviet graphic artist Mikhail Khrapkovsky (April 5, 1905 – February 17, 1959), depict, and even mock the political path of the Soviet party and state leader, Georgy Pyatakov (1890 – 1937). Besides, this is a series of cartoons created during the open Soviet trial of 1937. The main character of the cartoons – Georgy Pyatakov, who, alongside with others, was accused of conspiring with Trotsky, and connections with Parallel anti-Soviet Party Centre, aiming to overthrow the Soviet Government. And even more – in a conspiracy with the Nazis with the intent of seizing power in the Soviet Union, promising to reward the Germans with large areas of Soviet territory. On January 30, 1937, he was sentenced to death and executed. However, was rehabilitated posthumously (1988) during Gorbachev’s perestroika. 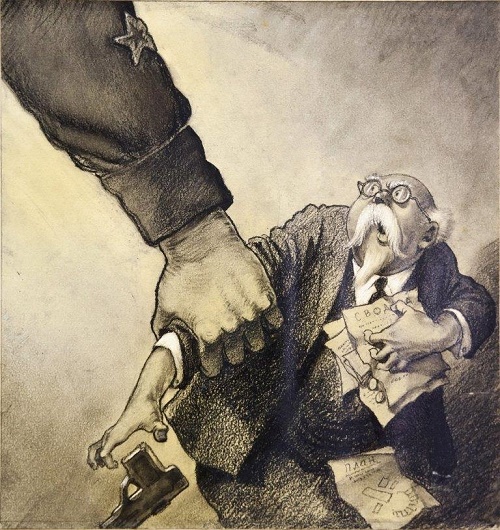 Born April 5, 1905 in Saratov, Mikhail Borisovich Khrapkovsky was a well-known graphic artist, illustrator of “Crocodile” and other magazines, as well as an illustrator of books. In addition he taught the artists cartoonists at the training courses organized at Press center of Telegraphic Agency of the Soviet Union (TASS). Soviet artist Mikhail Borisovich Khrapkovsky died February 17, 1959 in Moscow. 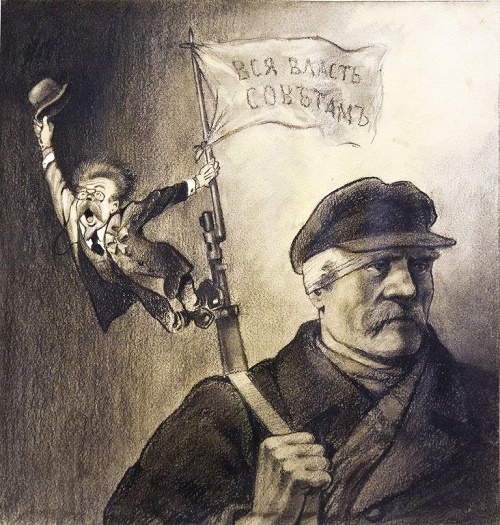 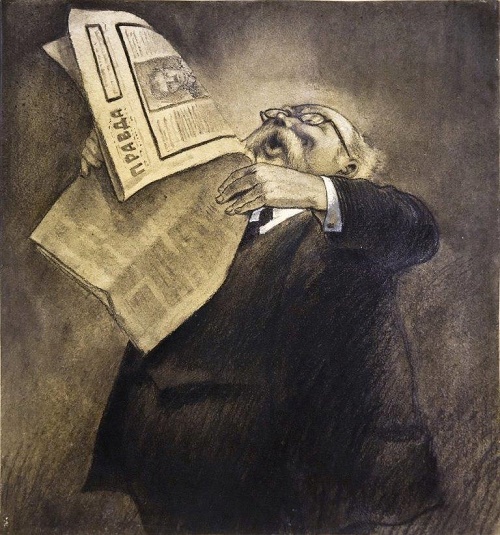 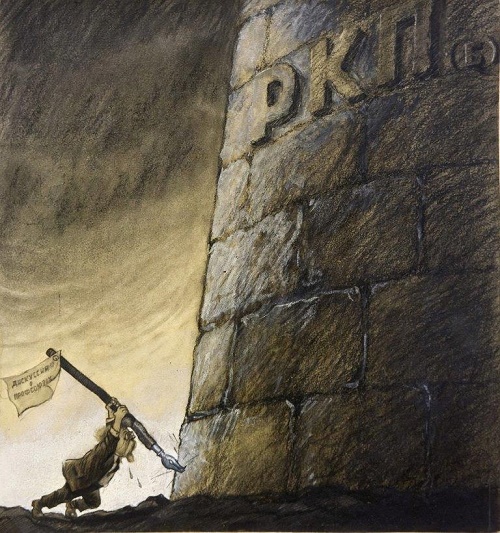 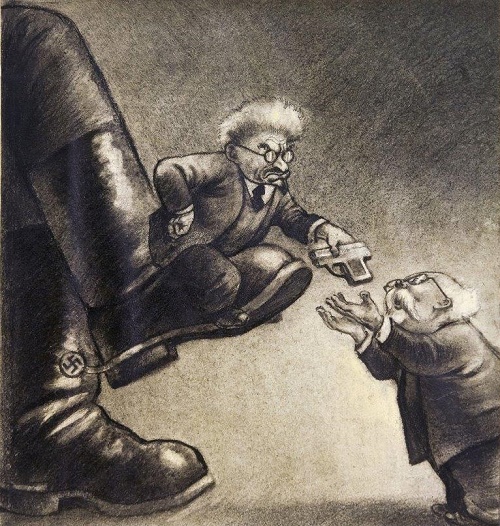 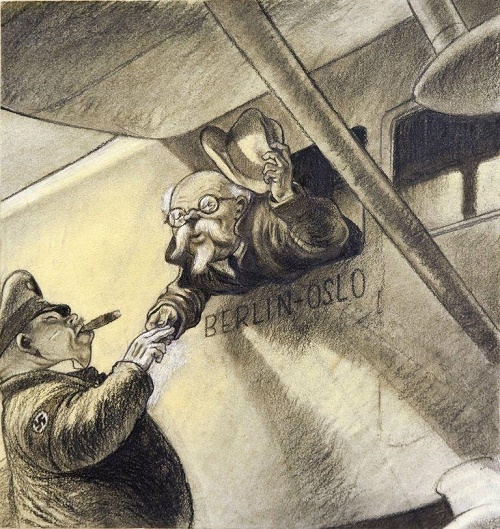 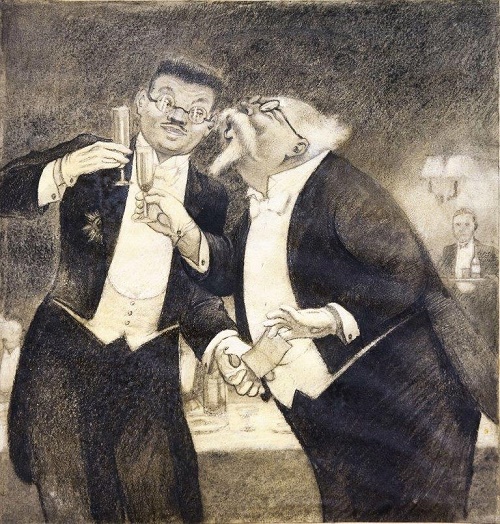 Collusion with the Japanese agent 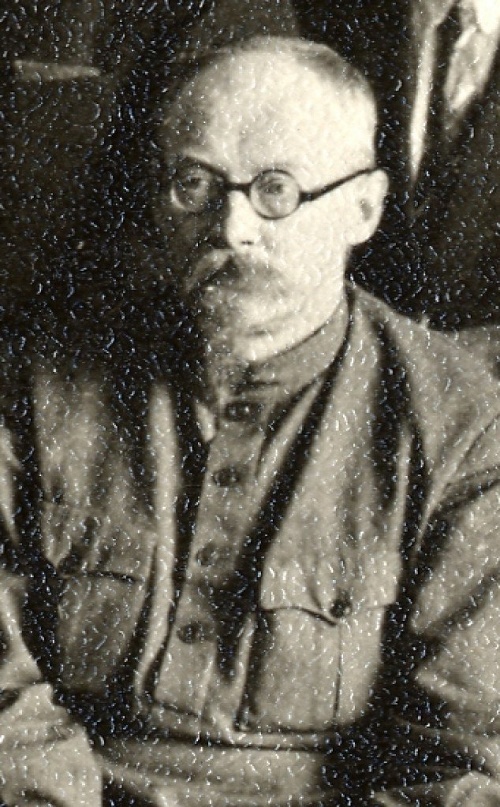 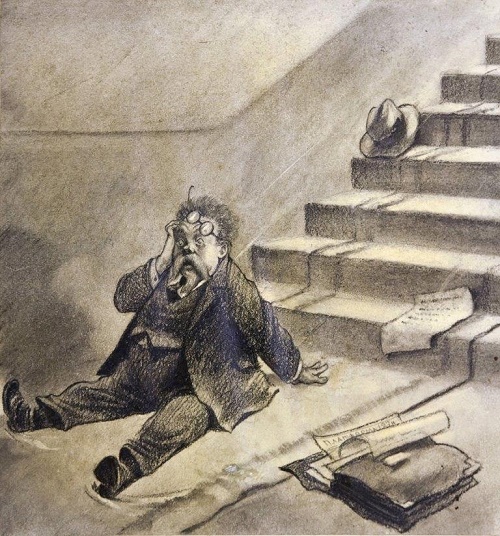 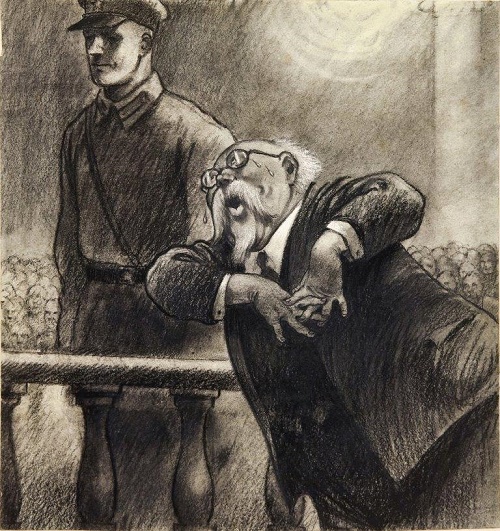 Last lie (in the court) 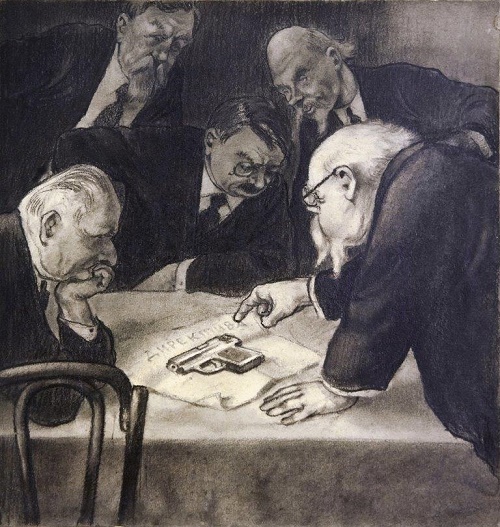 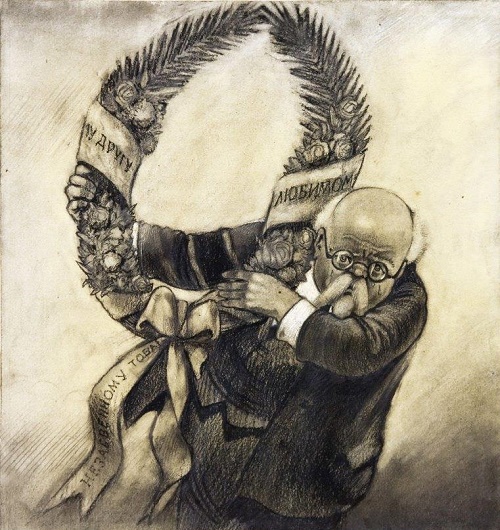 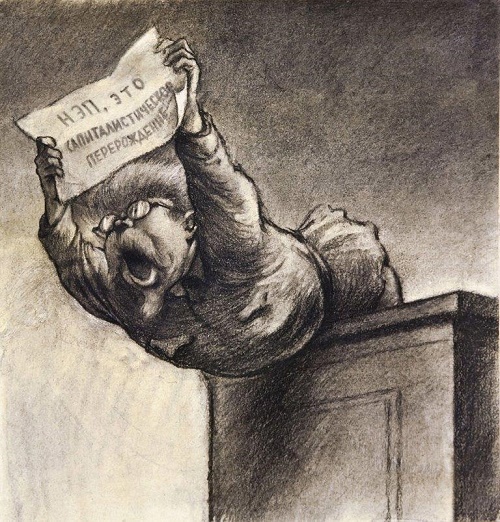 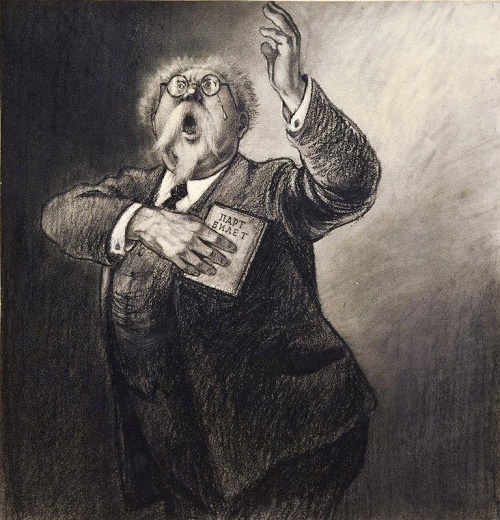 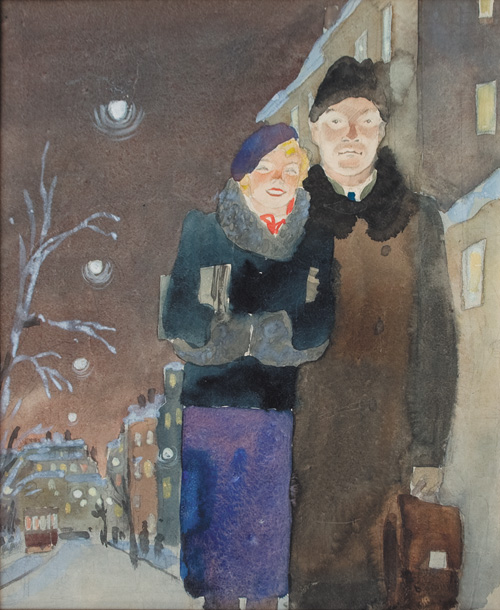 One of the illustrations for Soviet era magazine “Krokodil” (#1) – Obstacle to lyrics. 1936. Watercolors 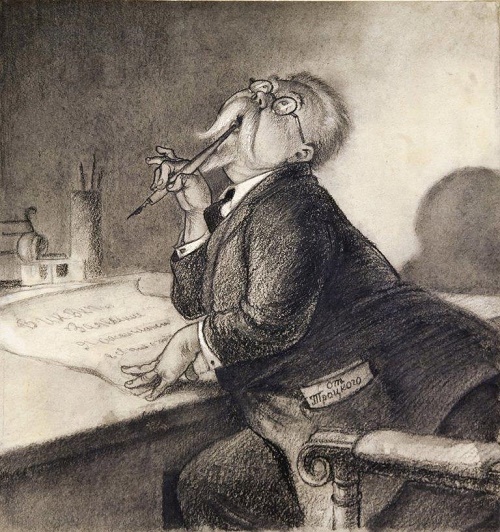 Repentance (fragment of letter from Trotsky in his pocket) 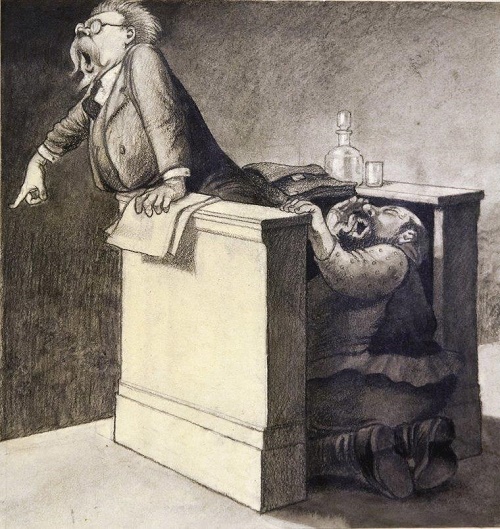 Speech with a prompter 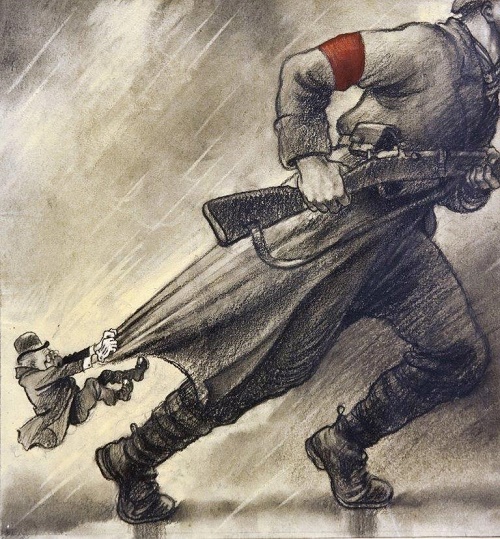 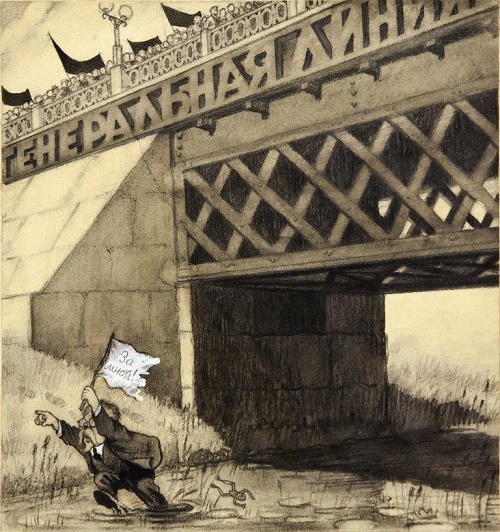 The shortest way (supporting the general idea of the party) 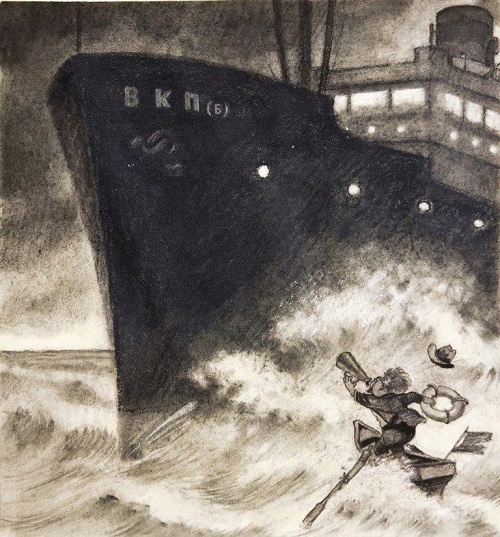 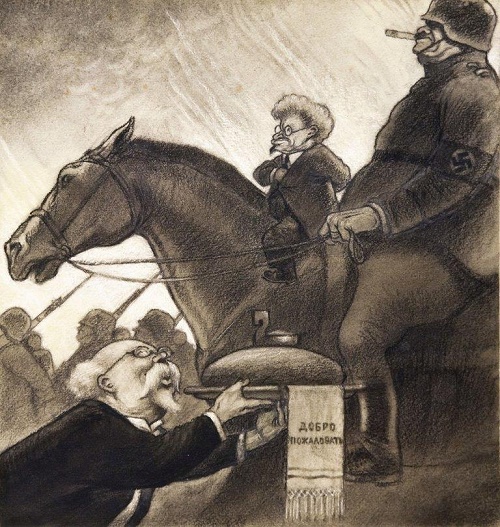