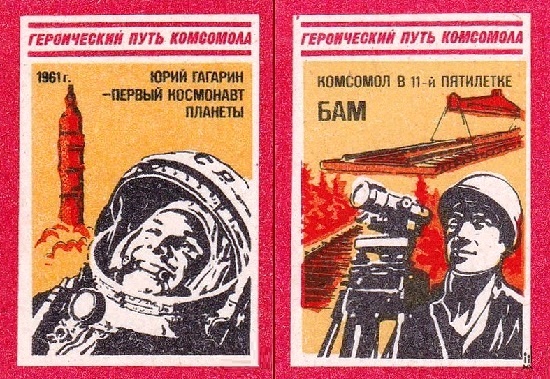 A set of match labels issued in 1984 in the USSR. 1961 – Yuri Gagarin – first man in space, and construction and development of BAM (Baikal-Amur Railway). The heroic way of the Komsomol matchbox labels

In the above photo – “The heroic way of the Komsomol” set of match labels issued in 1984 in the USSR. It is the work by the artist M.D. Griberg, for Balabanovo Experimental Factory, Kaluga Region. The match labels show episodes of the working life of the Communist Youth League, its slogans and achievements. And now, some information on the history of Soviet Komsomol after the WWII.
November 18, 1958 the newspaper “Komsomolskaya Pravda” looked unusual. The issue opened with an appeal: “Give communist labor brigade!”, “Leninsky Komsomol Communist teams met seven years!” From the pages of the newspaper to the reader looked perky faces of the workers, who proposed on the eve of the XXI Congress of the CPSU to start a new competition – the movement for communist labor. Thus a new, higher stage of socialist competition arose. And the first (in October – November 1958) who most clearly and fully formulated the tasks of the new competition, were young communists and Komsomol members. In particular, workers of the depot Moscow-sorting Kazan Railway, innovators of the Leningrad Metal Plant, and several advanced collectives, among whom were miners of Ukraine, Baku oil, and Belarusian builders. At their suggestion, a competition for the title of collectives of communist labor began. They put forward the motto: “Learn, live and work in a communist way.” 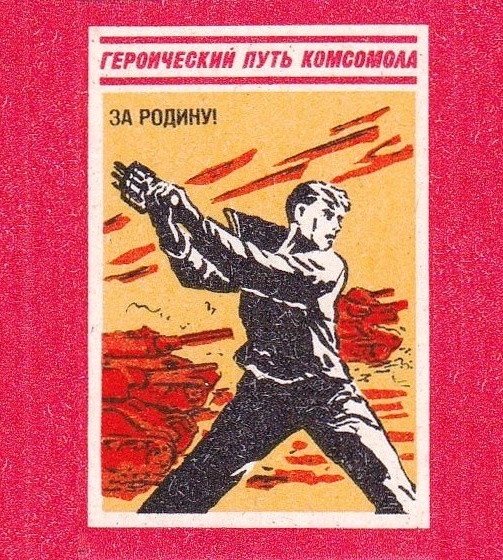 For Motherland. The heroic way of the Komsomol matchbox labels

The first brigades of communist labor consisted of workers under the age of 25, communists and Komsomol members.
Earlier in the competition, the main was the requirement to successfully fulfill and overfulfill the plan. The founders of the new movement made two more requirements mandatory: everyone must learn, and improve their skills, mastery, and the general level of culture. Also, they should behave in an exemplary manner at home and at work, and adhere to norms of conduct corresponding to communist morality. 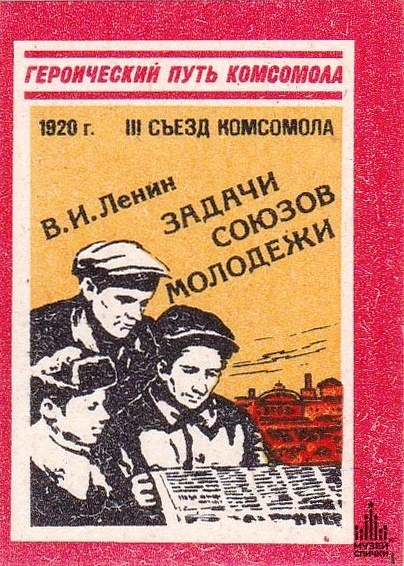 The party, the Komsomol, the trade unions supported the new undertaking. Gradually, the movement launched by the youth embraced the main masses of the working class.

Meanwhile the new stage of the competition coincided with the general upsurge in the socio-political life of the country, with the development of the amateur performance of the masses.

New methods of management have opened up additional opportunities for the rise of socialist competition. In all important indices, industry and agriculture, transport and construction have surpassed the best achievements of previous years. 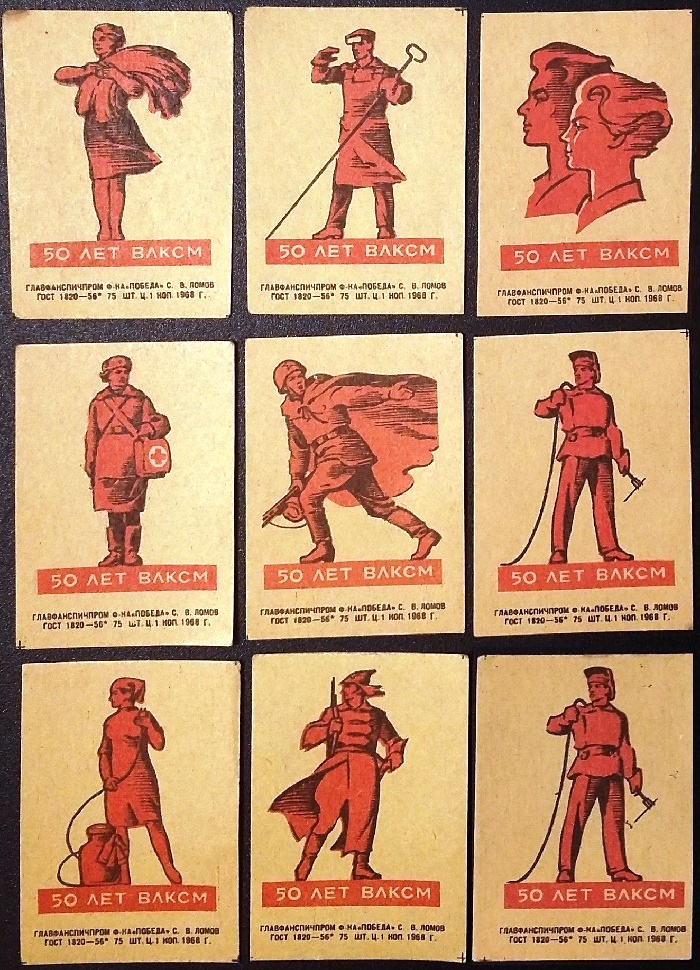 On the rise was Soviet science. Only in 1959-1967 the number of scientists has increased more than 2.5 times. Not only in our country, but also far beyond its borders, the achievements of Soviet scientists have been recognized. Millions of children – rescued from poliomyelitis with the help of a drug created in the USSR. Soviet physicists Landau, Tamm, Semenov, Frank, Cherenkov, Basov, Prokhorov for outstanding scientific discoveries became laureates of the Nobel Prize.

However, the crown of all achievements was the conquests in the field of space exploration. In 1959, the Soviet Union created the artificial planet of the solar system. The first pennant from the Earth, delivered to the Moon, had an image of the Soviet coat-of-arms. The Soviet man took the first step into open space, and in 1969 he first delivered a pennant to the distant Venus-the Soviet spacecraft. 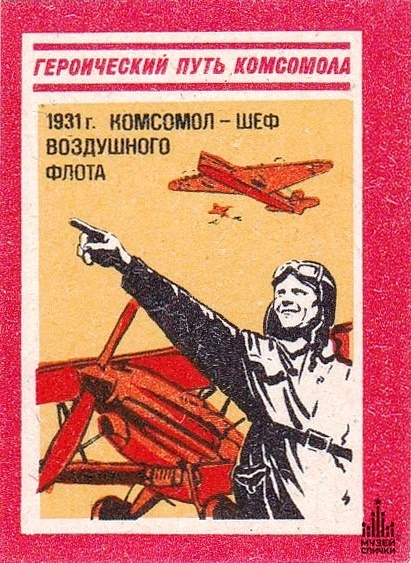 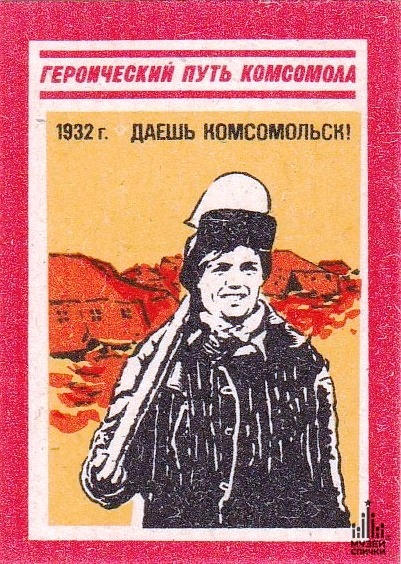 1932. Let the city of Komsomolsk grow 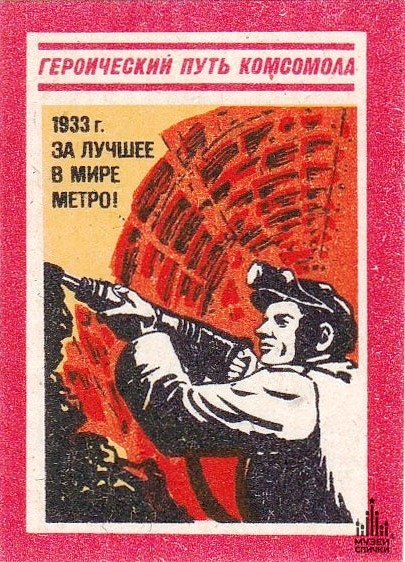 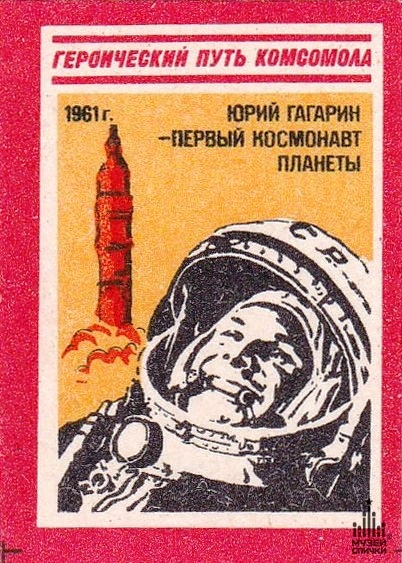 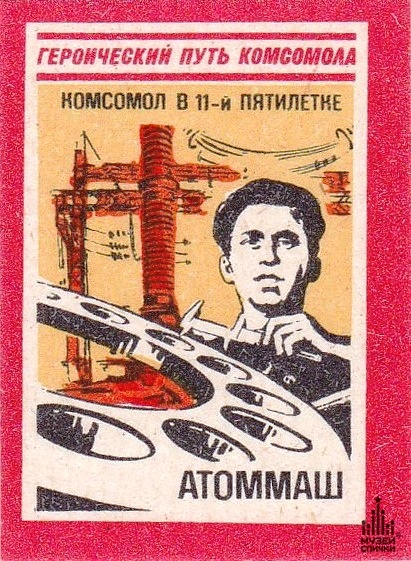 Atommash. Komsomol in the 11th 5-year-plan 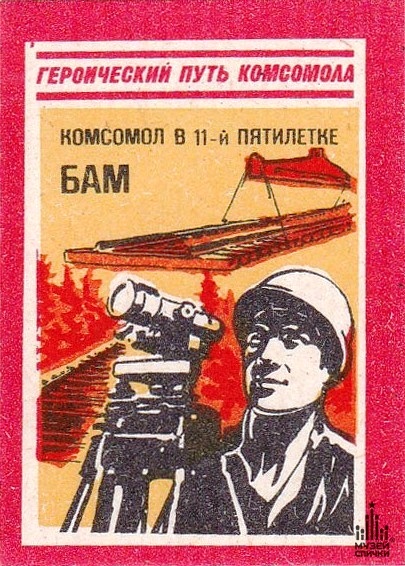 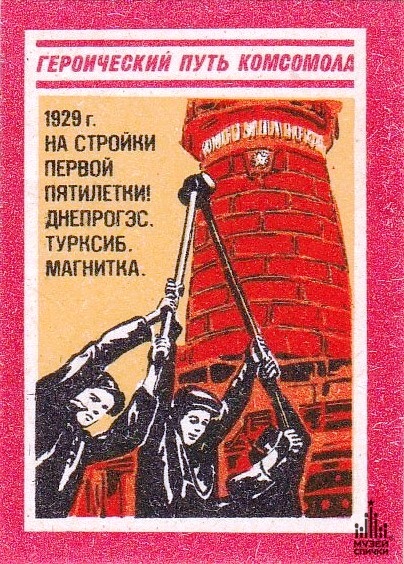 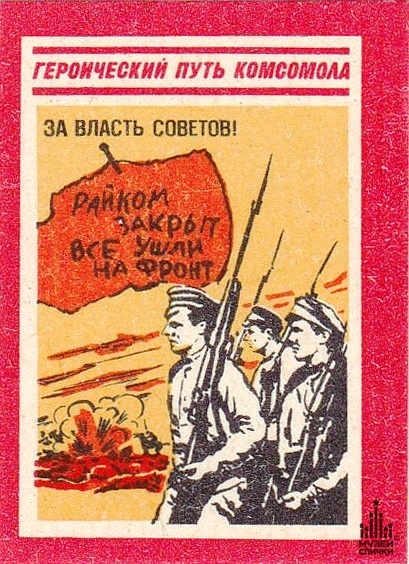 For the power of Soviets 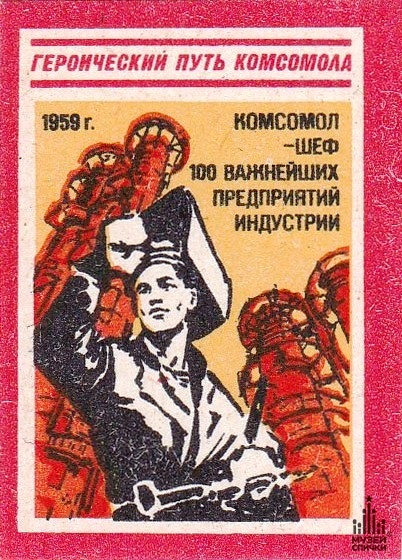 Komsomol – shef of the 100 most important enterprises of industry. 1959 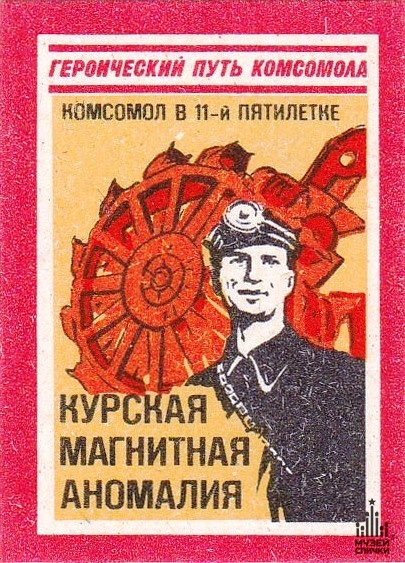 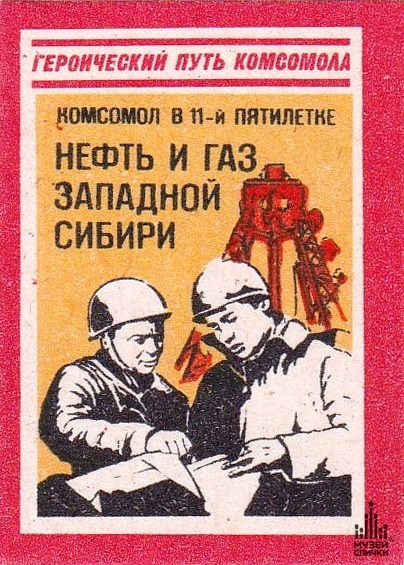 Oil and gas of Western Siberia 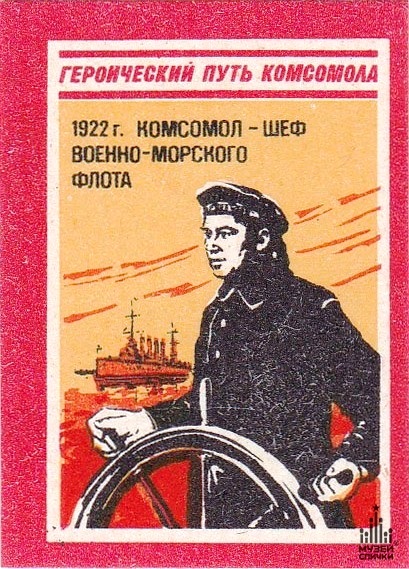 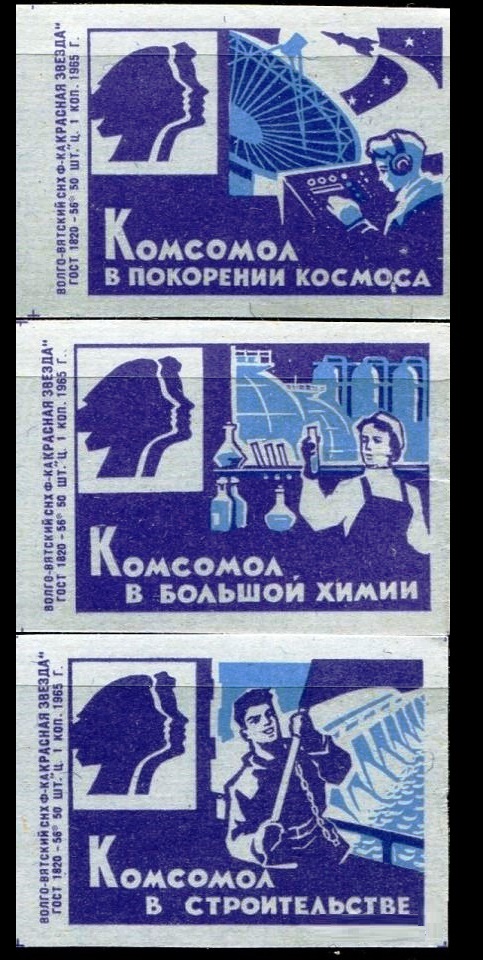 The achievement of Komsomol in space exploration, chemistry and constructing, 1965 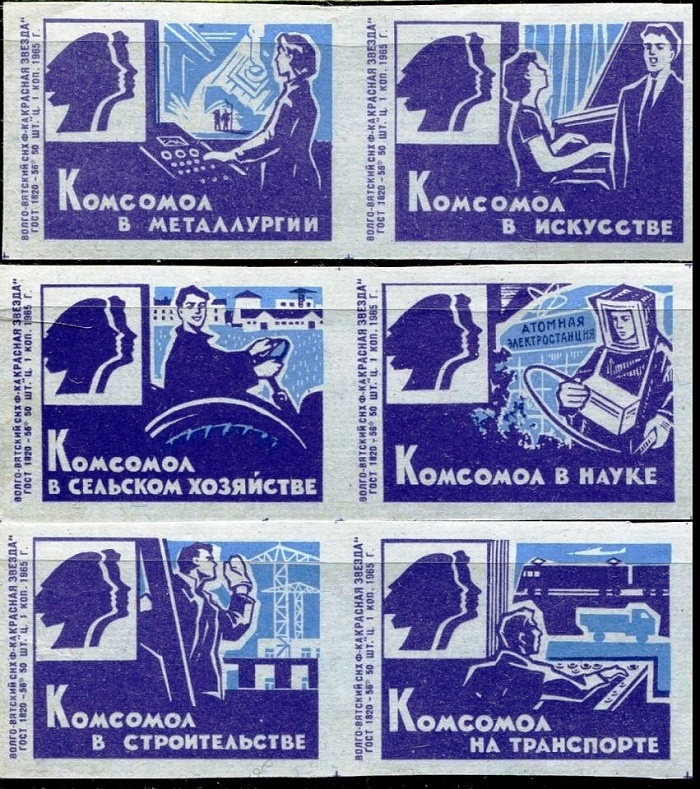 The role of Komsomol in metallurgy, art, science, agriculture, transport and construction 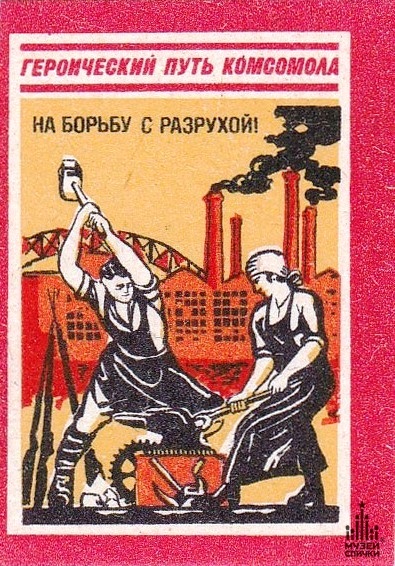 To fight the devastation 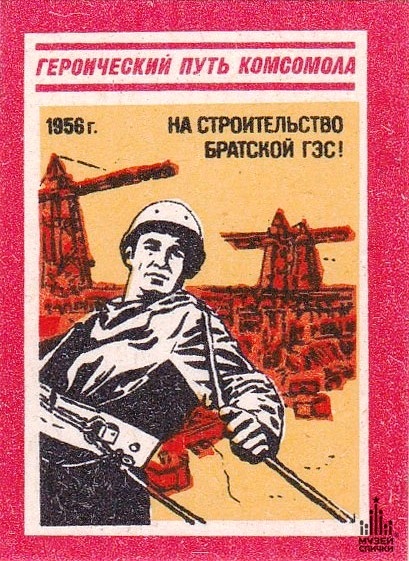 To the construction of the Bratsk Hydroelectric Power Station. 1956

 To the development of Virgin Lands. 1954 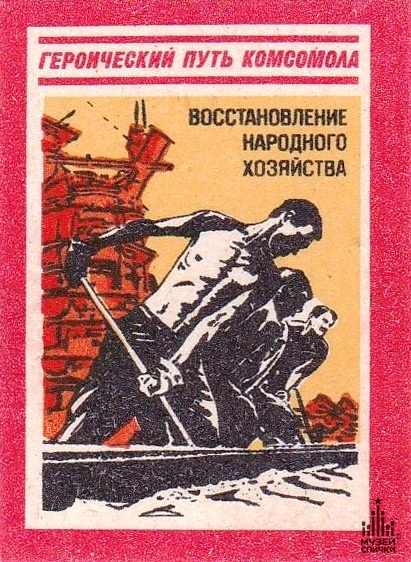 To the Revival of People’s Economy 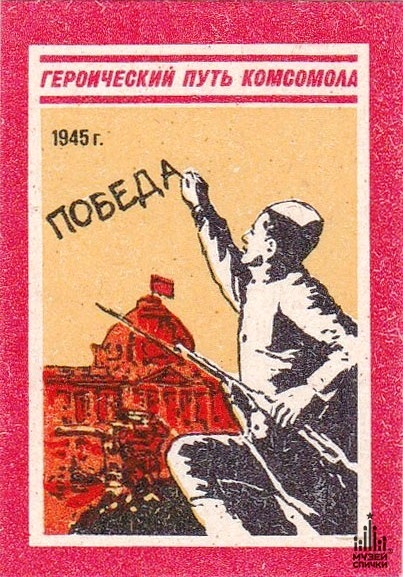 Victory Day 9 May. Heroic way of the Komsomol 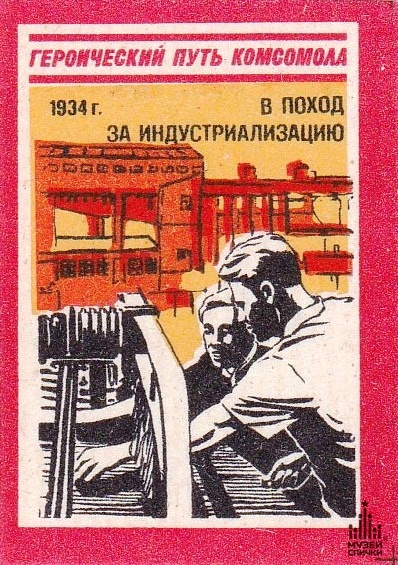 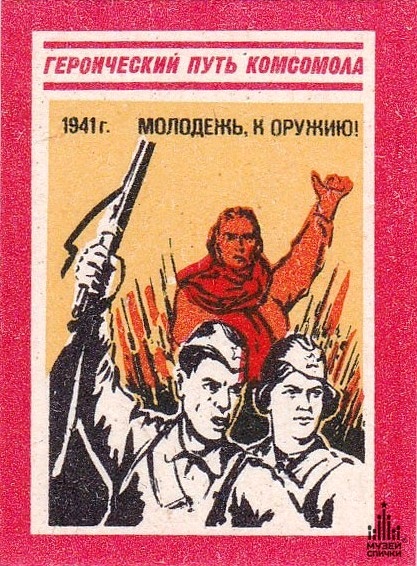