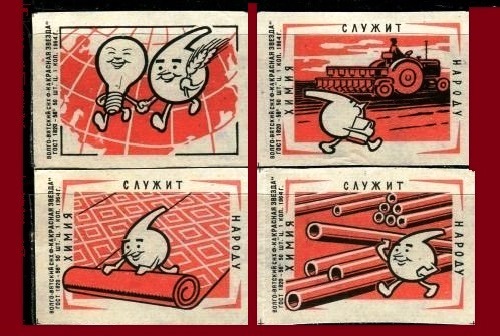 In the USSR, Chemical industry has been widely developed, particularly in Russia and Ukraine. Produced: mineral fertilizers, crop protection chemicals (164 thousand tons in 1970), Sulfuric acid (12.1 million tonnes), soda (3.67 million tonnes) and caustic (1.94 million tons), soda, synthetic resin and plastics, chemical fibers and threads, tires (34.6 million units), and others. It is natural that with such development of the industry, it has received attention from the state – a professional holiday was established. An outstanding scientist, the founder of the periodic table of chemical elements Dmitri Mendeleev was the personification of the profession. Issued stamps dedicated to the scientist, published a series of matchbox labels, popularizing science and the chemical industry. The chemist Day – a professional holiday of the chemical and petrochemical industry workers, which dates back to Soviet times. Day of the chemist was established by the Decree of the Presidium of the Supreme Soviet of the USSR from October 1, 1980 “On holidays and memorial days” and is celebrated annually on the last Sunday of May. 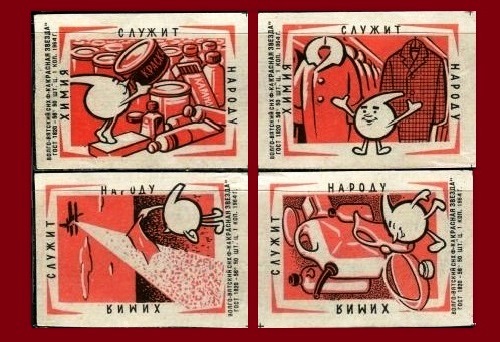 As one of the main branches of Russian heavy industry, chemical complex includes the chemical and petrochemical industry, which, in turn, are subdivided into many industries and manufacturing. Chemical products are also diverse: it is the production of acids, alkalis, mineral fertilizers, and the production of different polymeric materials, dyes, household chemicals, paints and varnishes, as well as rubber-asbestos, photochemical and chemical and pharmaceutical products.

Noteworthy, each year the Day of the chemist has the symbol of the new element of the periodic table, that is the number 1 – hydrogen. Traditionally, the Day of the chemist – a holiday that unites students and alumni of all generations, always celebrated brightly and cheerfully. Of course, graduates of chemical faculties are always in demand, both in science and in industry, and in business. Interestingly, 31 January unofficially celebrate another holiday that is associated with the name of the great DI Mendeleev. 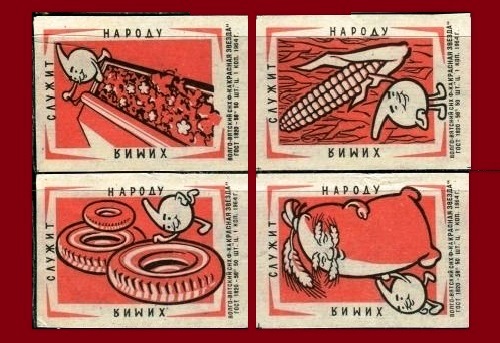 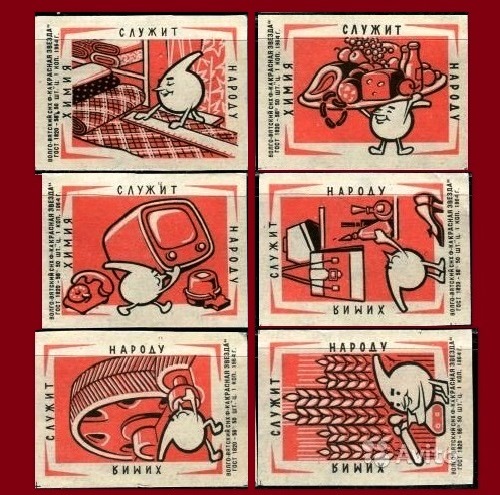 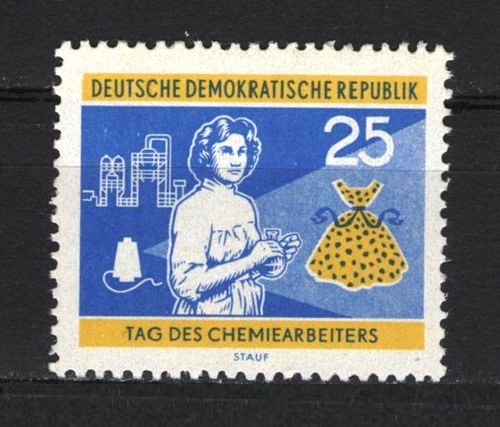 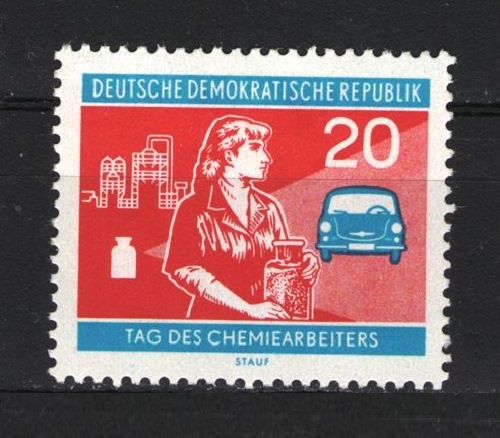 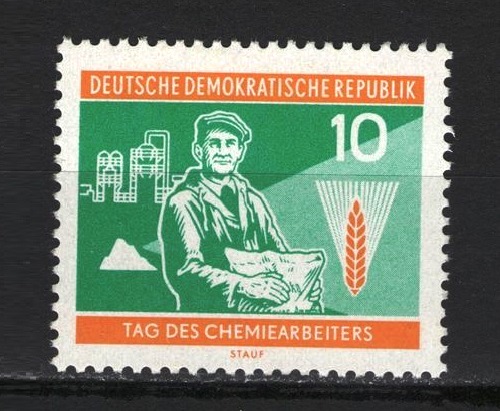 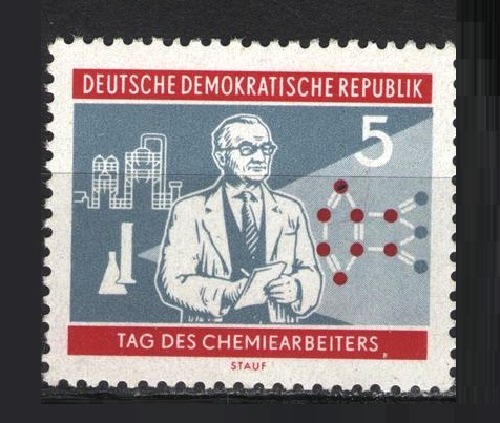 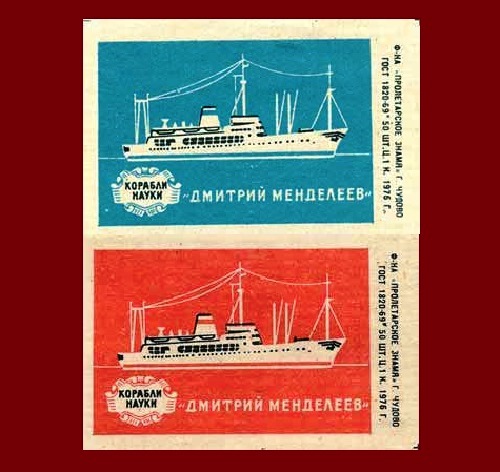 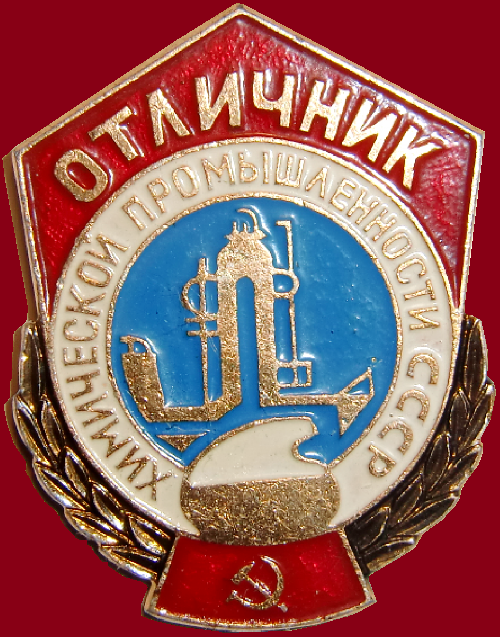 Badge of excellence in the chemical industry of the USSR 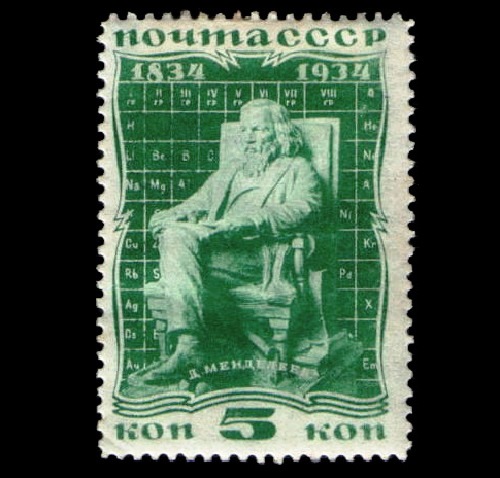 Dmitri Mendeleev in philately. Postage stamp of the USSR, 1934 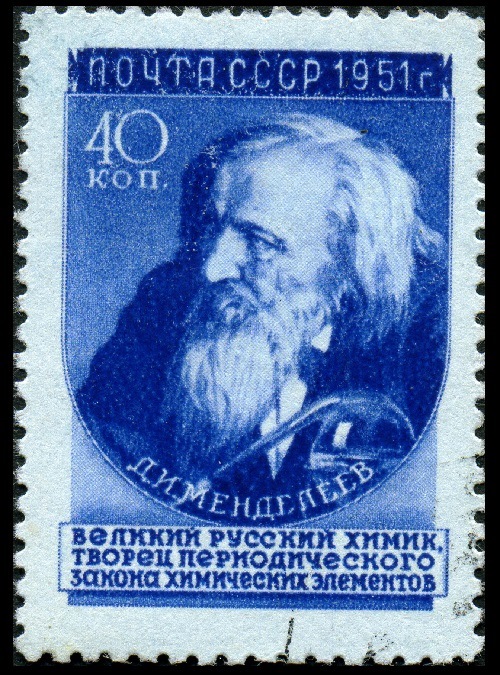 Dmitri Mendeleev in philately. Postage stamp of the USSR, 1951 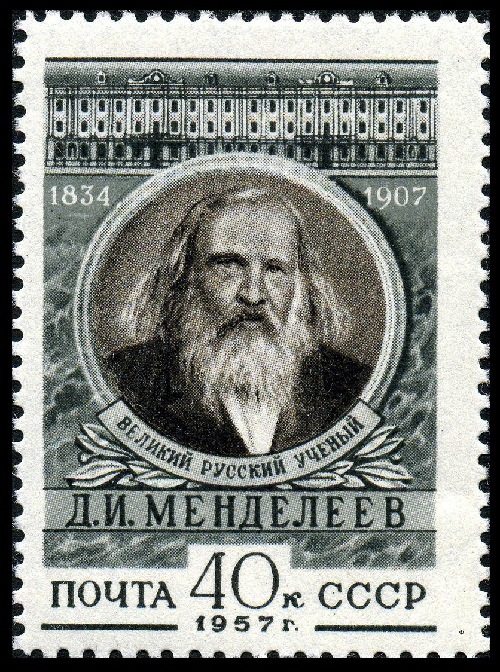 Dmitri Mendeleev in philately. Postage stamp of the USSR, 1957 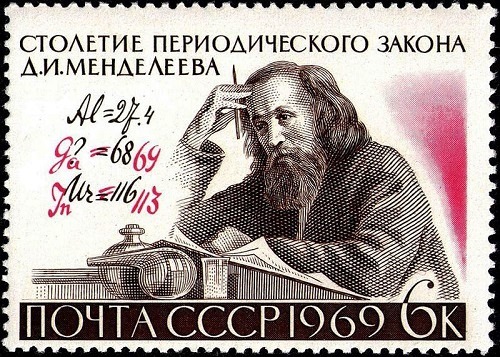 Dmitri Mendeleev in philately. Postage stamp of the USSR, 1969