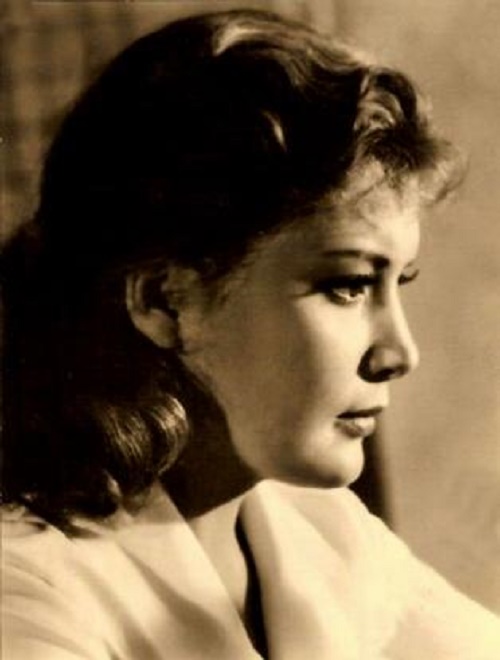 Frankly, the film did not become a revelation, but what’s important is that thanks to the film Gaidai and Ignatova became friends. And two years later they met again on the same set. And this time Gaidai acted as the main director, and Ignatova was again the performer of the main role. It’s about the film “Long Way”, which became the directorial debut of Gaidai. 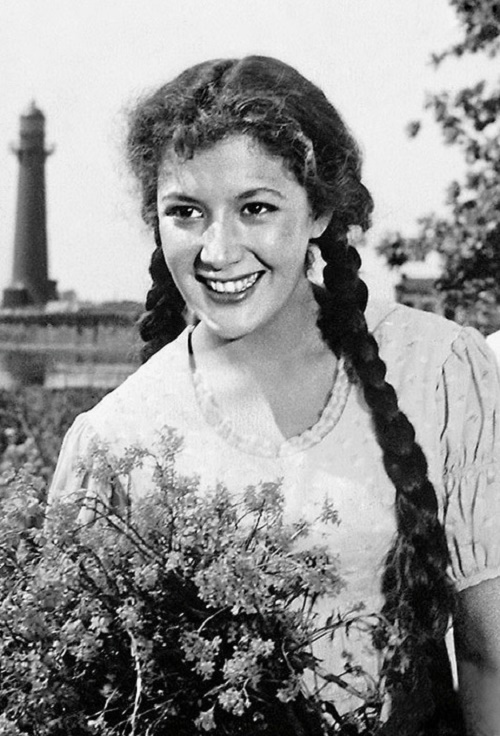 A new meeting between Gaidai and Ignatova could lead to rumors in the cinematic environment about their love affair. But was it like that? If it was, it was rather platonic, considering that Gaidai really liked beautiful women. And Ignatova was just like that, and touched the heart of the director.

So, Gaidai took Ignatova to the main role, to admire her from a distance. And the actress began the affair with another participant in the filming. Ignatova began dating with the actor, who had a negative role, – Vladimir Belokurov (State Councilor Latkin). He was 31 years older than Ignatova (at that time he was 52 years old) and considered the recognized star of Soviet cinema.

Glory came to him in 1941 after the role of Valery Chkalov in the film of the same name. Ten years later Belokurov received the Stalin Prize for his participation in the film “Zhukovsky”. He also taught at All-Union Institute of Cinematography (VGIK), and was the leading actor of the Moscow Art Theater. In short, when an affair broke out between him and Ignatova, many thought that on the part of the actress it could be purely mercantile interests: they say, the young actress is looking for patronage from the eminent master. However, this patronage (if it really was) did not in the least affect the fate of the film actress Ignatova.

After the main role in the “Long Way” (released on a wide screen in December 1956), the actress before the beginning of the 60’s starred in four more films. However, the main role she had only once: in the “Tale of the newlyweds” (1959; former pupil of the children’s home Shura Kulik). All the other roles were second-rate: “The Wrestler and the Clown” (1957; Estherina Trutszi), “Again Morning” (1960; journalist Elena Ryabinina), “The Planet of Storms” (1961; member of the crew of the Vega spacecraft Masha Ivanova).

If we talk about the protection of Belokurov in relation to Ignatova, it only affected her theatrical career. And even there it is difficult to call this patronage successful. After several years of unofficial relations, the master and actress finally got married (in 1961). So, Ignatova left the Moscow drama and comedy theater and moved to the Moscow Art Theater, to her husband. Then she got the role of Kalitina in the Nobility’s Nest. A little later she played a few more major roles: Katya in the “Point of Support”, Varya in “Armored Train 14-69”, Milk, Runny and the Mother in “Blue Bird”. But none of these roles have not made Kyunna Ignatova a star. And then she even switched to performing episodic roles, the most famous of which – the maid in The Three Sisters (the actress played it for 25 years!).

Since 1967, Ignatova renewed her relationship with a large cinematography (from the film “War under the Roofs”, where she played the role of a liaison officer), but she did not play anything outstanding either. In the period from 1968 to 1983, the actress starred in three films and two feature films, performing either a supporting role there, or episodes.

Meanwhile, by that time her “godfather” in the cinema of Boris Barnet was no longer alive (he committed suicide in 1965), so it was impossible to expect help from him. Anyway, Leonid Gaidai was alive and quite successful. However, in his films, there was never a place for Kunna Ignatova (even in episodes). The question is, why? Explanations can be several. First, Ignatova was not in the state of “Mosfilm”, where Gaidai worked, but was an actress of the Moscow Art Theater. Secondly, she did not fit well in Gaidai’s comedy. Finally, thirdly, there could well be something in the relations between Gaidai and Ignatova, which hampered their creative relationships.

Back in the early 70’s Kyunna parted with Belokurov (in 1973, he passed away) and married a young actor of the same Moscow Art Theater Alexander Dik, who was 14 years younger than her. In 1987, during the scandalous division of the Moscow Art Theater, the couple decided to take side of Tatiana Doronina and stayed at the Moscow Art Theater named after M. Gorky. There Ignatova had one prominent role: Frau Velmerskih in the play “The Carter Genshelle.” However, the actress did not have to reign in this role for a long time: the play was quickly removed from the repertoire. Apparently, it was this withdrawal that accelerated the tragic denouement.

February 18, 1988 Ignatova was supposed to play in the “Three Sisters”. However, at the appointed time, she didn’t appear in the theater, which never happened to her. Concerned colleagues came to her home, but no one answered the doorbell. Then they decided to open the door of the appartment with outside help. When colleagues entered the apartment, they found Ignatova lying unconscious on the floor. She had a stroke. The actress was taken to the hospital, where two days later she died, without regaining consciousness. Ignatova found her last refuge on site No. 11 of the Vvedensky Cemetery in Moscow. At the time of death, Soviet theater and film actress Kyunna Ignatova was only 52 years old. 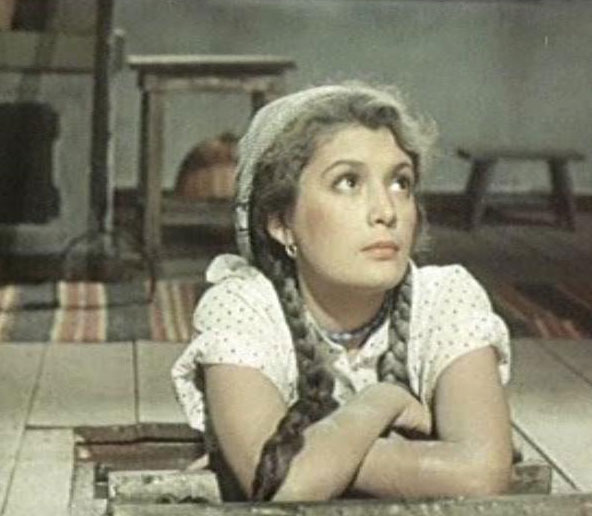 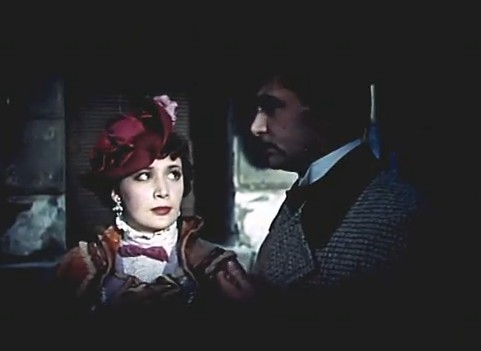 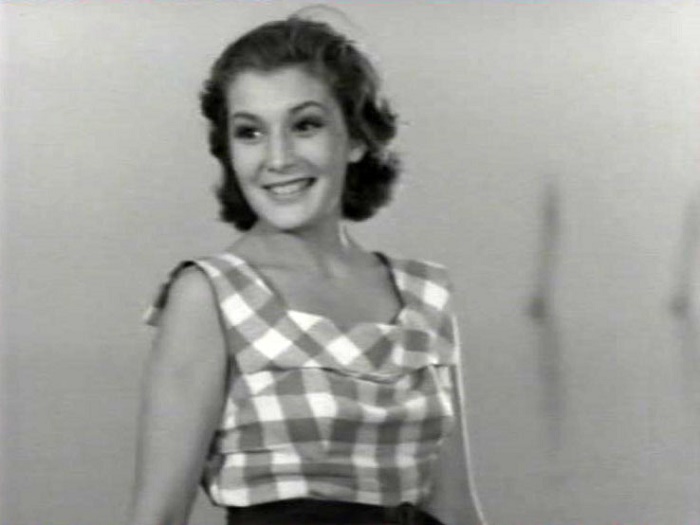 1959 film The Tale of the newlyweds 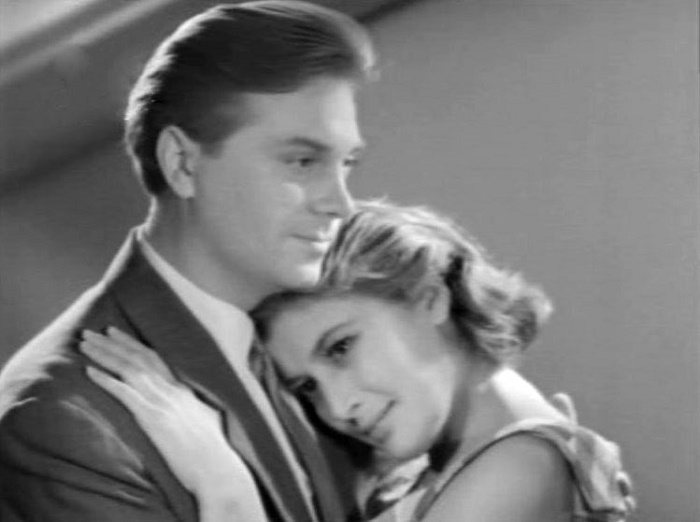 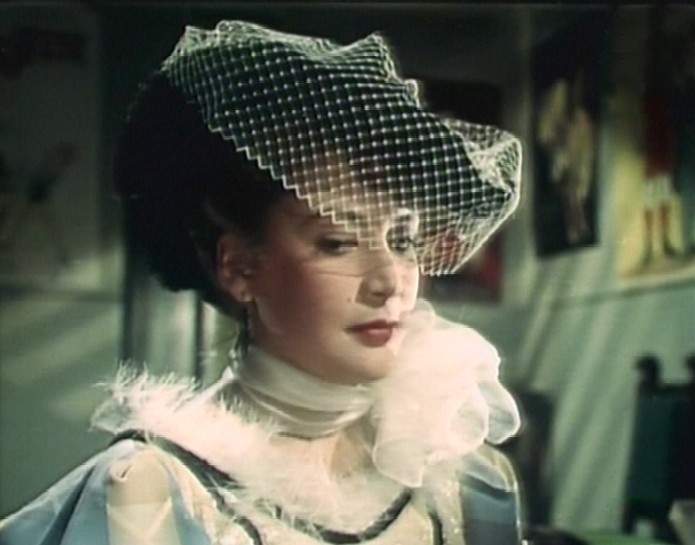 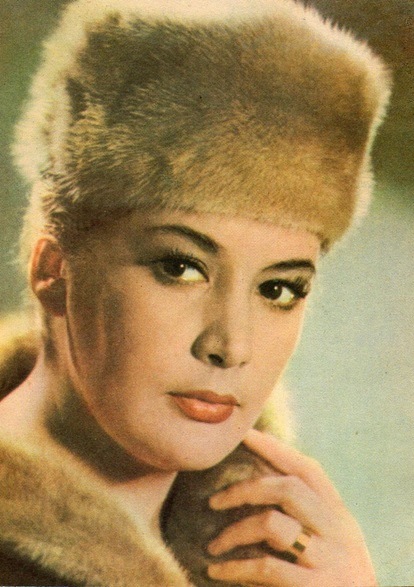 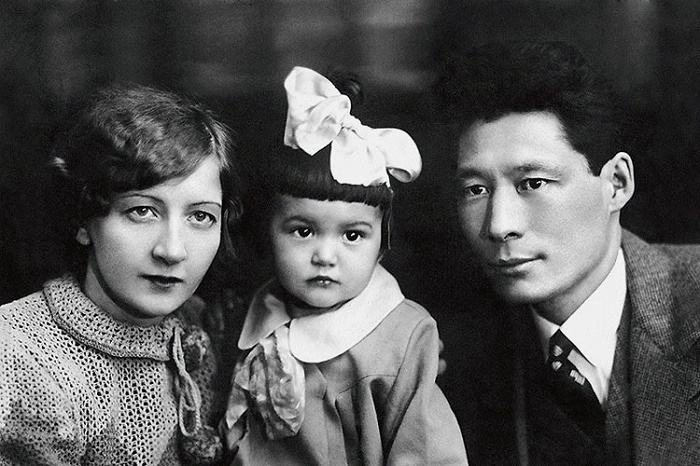 Little Kyunna with her parents 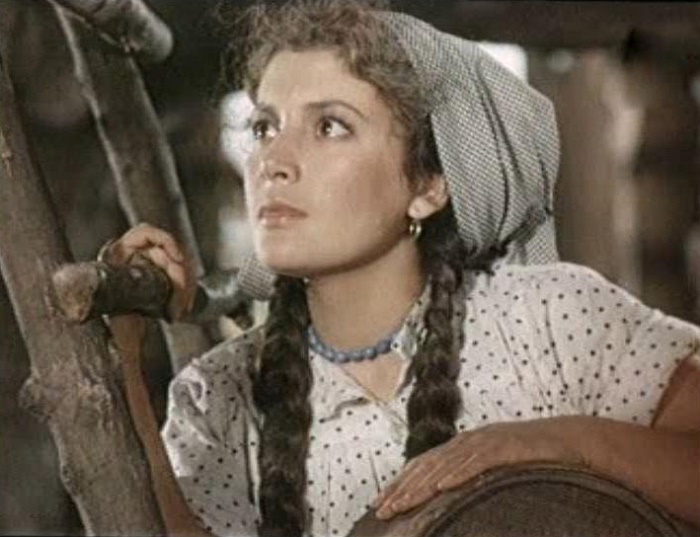 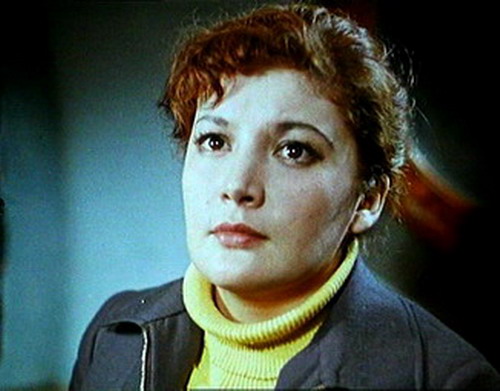 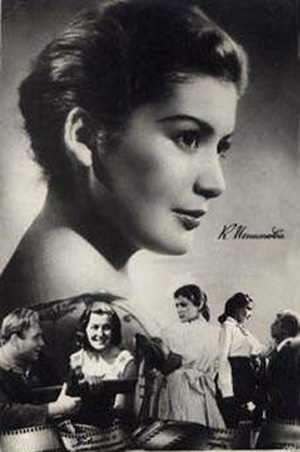 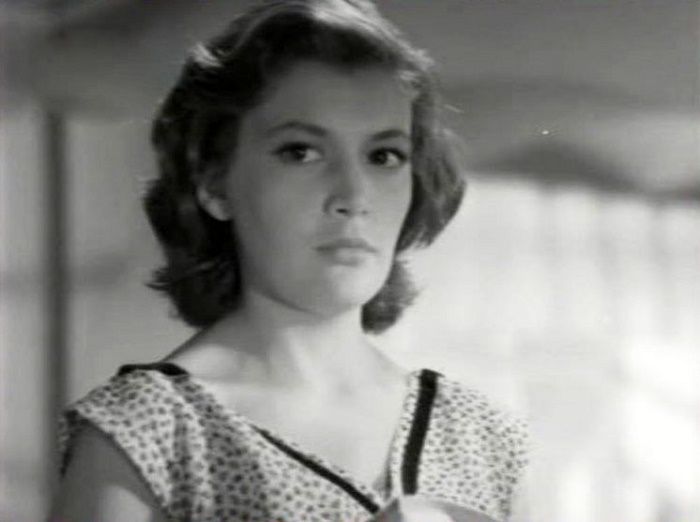 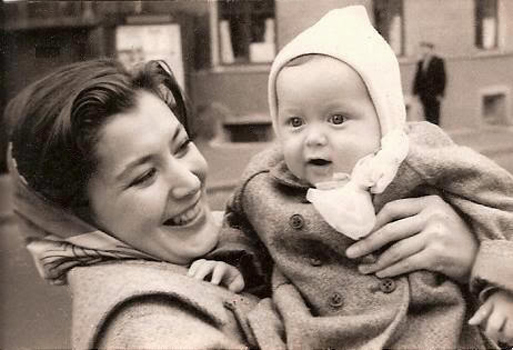 With her son, actress Kyunna Ignatova 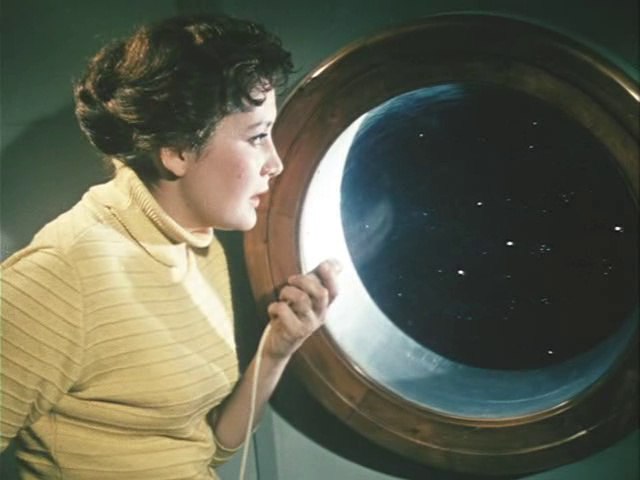 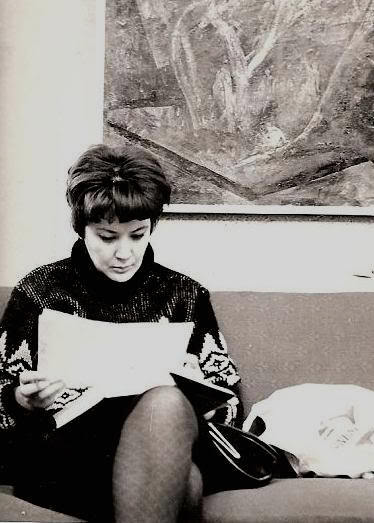 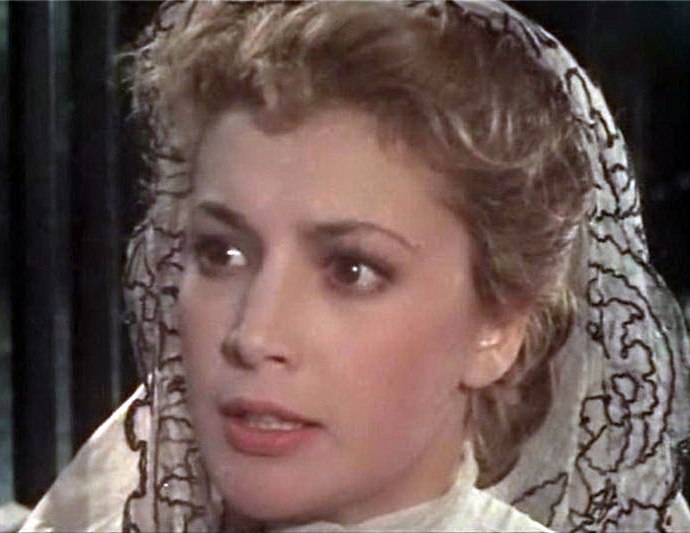 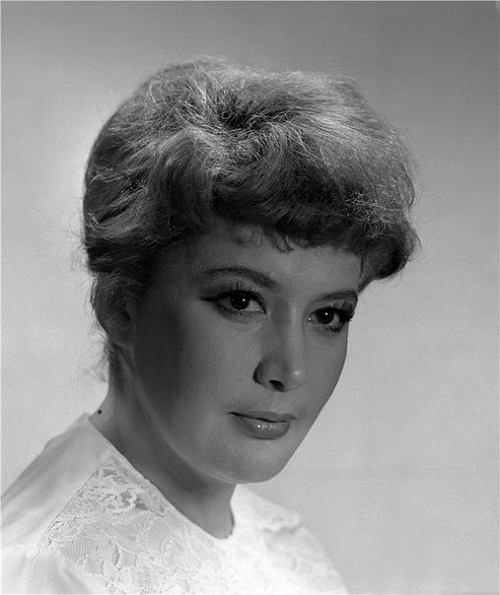 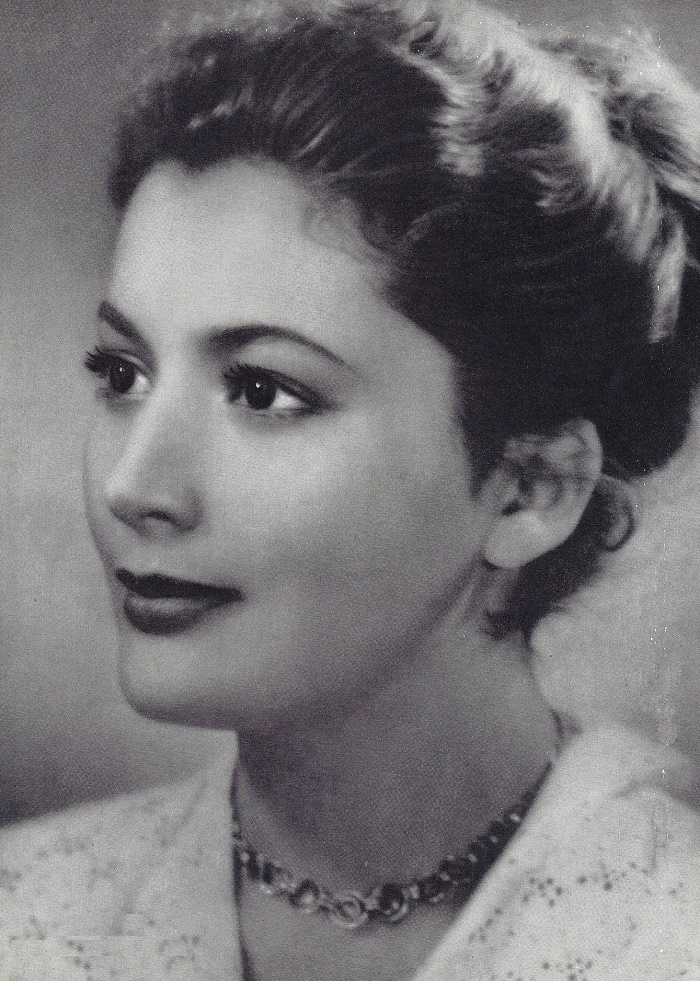 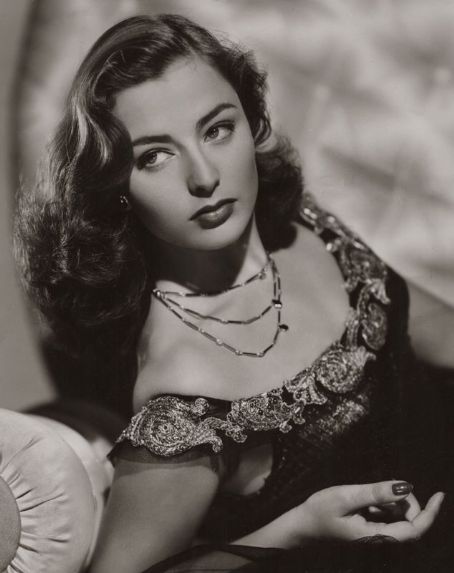 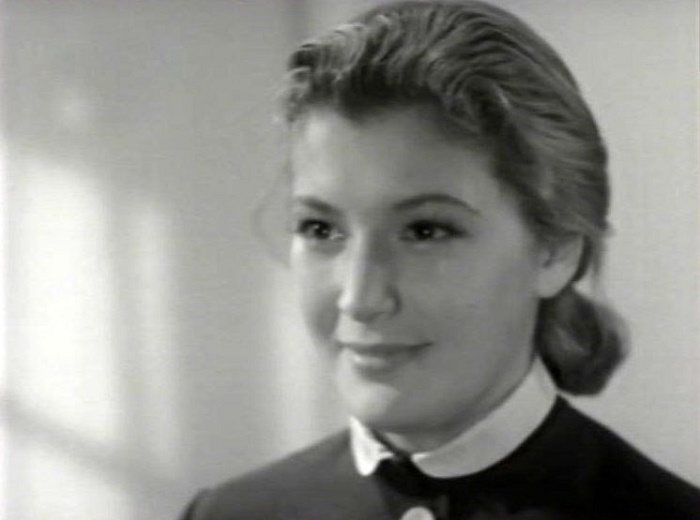 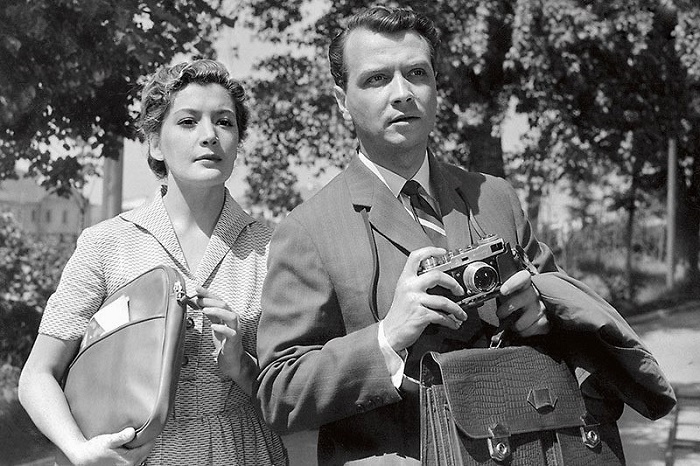 Kyunna with her husband, actor Vyacheslav Sokolov in the film ‘And again the morning’, 1960

based on the book “Favorite women of Leonid Gaidai” by Fyodor Razzakov
images – kino-teatr.ru