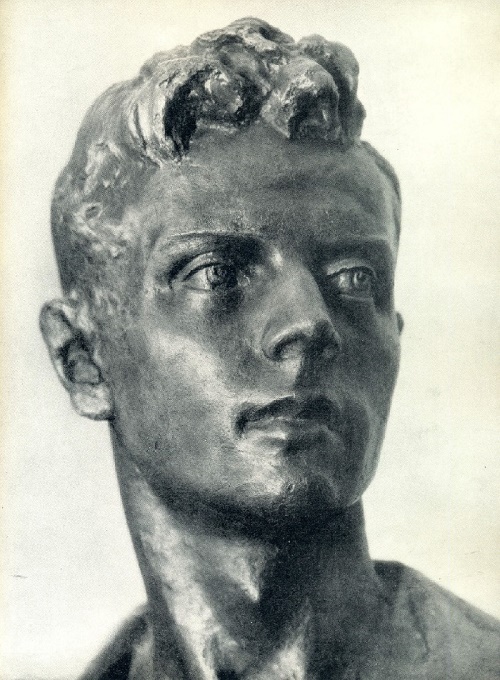 Soviet sculptor Viktor Sinaisky
One of the oldest Soviet sculptors, Vitor Alexandrovich Sinaisky went a long way of an artist. He began it in 1918, actively involved in the implementation of the Leninist plan for monumental propaganda.
Creativity of Sinaisky is diverse. He paid much attention throughout his life to easel and monumental and decorative sculpture, a portrait of a contemporary and work on the monument. Stylistic features of the sculptor Sinaisky – the rigor of the plastic system, based on careful study of nature, the clarity of the artistic design and ease of expression, a deep sense of sculpture and a brilliant technique of performance.
And one more remarkable aspect of the master’s work is teaching. Sinaisky has won the fame of a talented and experienced teacher. With all the passion and sincerity he devoted himself to this occupation, seeing in it no less opportunities than those that are incorporated in the artist’s work. 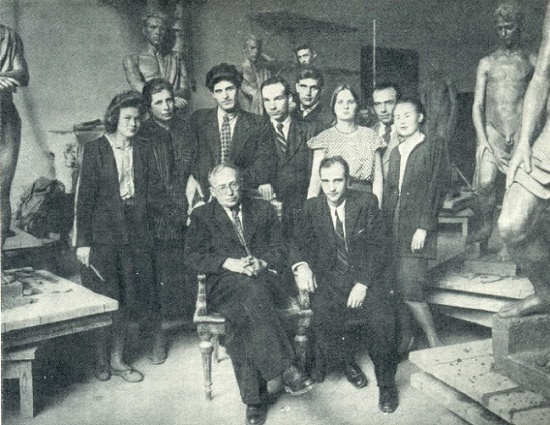 V.A. Sinaisky among his pupils

Victor Aleksandrovich Sinaisky was born on October 21, 1893 in the city of Mariupol of Ekaterinoslav province. He was the youngest son in a large poor family of a small employee of a shipping company. The mother, a smart simple woman, she passionately wanted her children to graduate, but money was not enough not only for a fee for studying, but often for food. The older brother of the future artist helped.

In 1906 Sinaisky entered the private Mariupol real school. He proved capable of many subjects: languages, literature, and mathematics. But most of all he loved drawing lessons, conducted by the artist Martynovich, who at the time graduated from the St. Petersburg Academy of Arts. Feeling an attraction to fine art, Sinaisky began to assiduously attend the additional classes organized by Martynovich. A wonderful teacher, Martynovich forever remained in the memory of Sinaisky. He insistently and skillfully instilled in his young student a loving and considerate attitude to the world around him, to nature.

In 1913 he graduated from the real school. On the advice of Martynovich Sinaisky went to Petersburg to keep entrance examinations to the Academy of Arts. But he failed. Tests have shown that knowledge and skills are not enough. However, the failure did not frighten Sinaisky. He decided to achieve his goal with even greater perseverance.
In the autumn of 1913, with a letter of recommendation from Martynovich, Sinaisky left for Odessa and entered the Odessa Art College. At that time it was one of the best art schools in Russia. With their creativity, the advanced teachers of the school continued the remarkable traditions of Russian realistic art in the second half of the 19th century. As great artists and fine teachers Sinaisky recalled such painters as K. Kuznetsov and K. K. Kostandi, watercolorist GA Ladyzhensky. The teacher, who had the greatest influence on the formation of Sinai as an artist, was K. K. Kostandi. He combined the qualities of a talented painter, an intelligent teacher and a sensitive person. An excellent teacher, he saw in each student a unique individuality and skillfully developed it.

Odessa Art School was completed in 1916, when Sinaisky was twenty-three years old. The desire for creativity, for the perfection of mastery all intensified. And again – the famous city on the Neva. Behind – Mariupol, Odessa, years of employment in an art school. It was as close as possible to the thoughts and feelings of the young
Sinaisky – revolutionary Petrograd. This time, he was lucky and became a student of Academy of arts.

In 1917-1920 he studied at the Petrograd Academy of Arts, workshop of VA Beklemishev. Then, he taught in it (with interruptions) during 1921-1951. When in 1921 AT Matveev organized a new workshop, VA Sinaisky began to study in it.

VA Sinaisky was also an outstanding teacher. At first he worked in the studio of AT Matveev as an assistant, and from 1920 to 1951 as a teacher. Later he worked as a professor at Institute of Painting, sculpture and Architecture, at the sculptural faculty, and from 1951 to 1965 – at the Lenin Art and Industrial School. 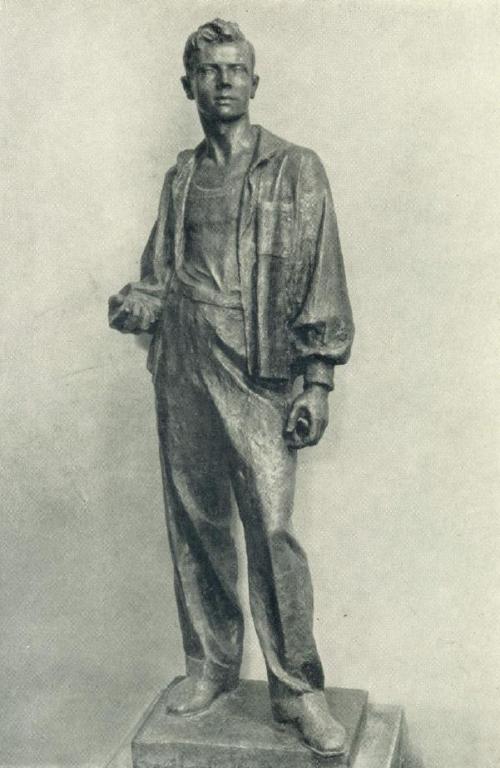 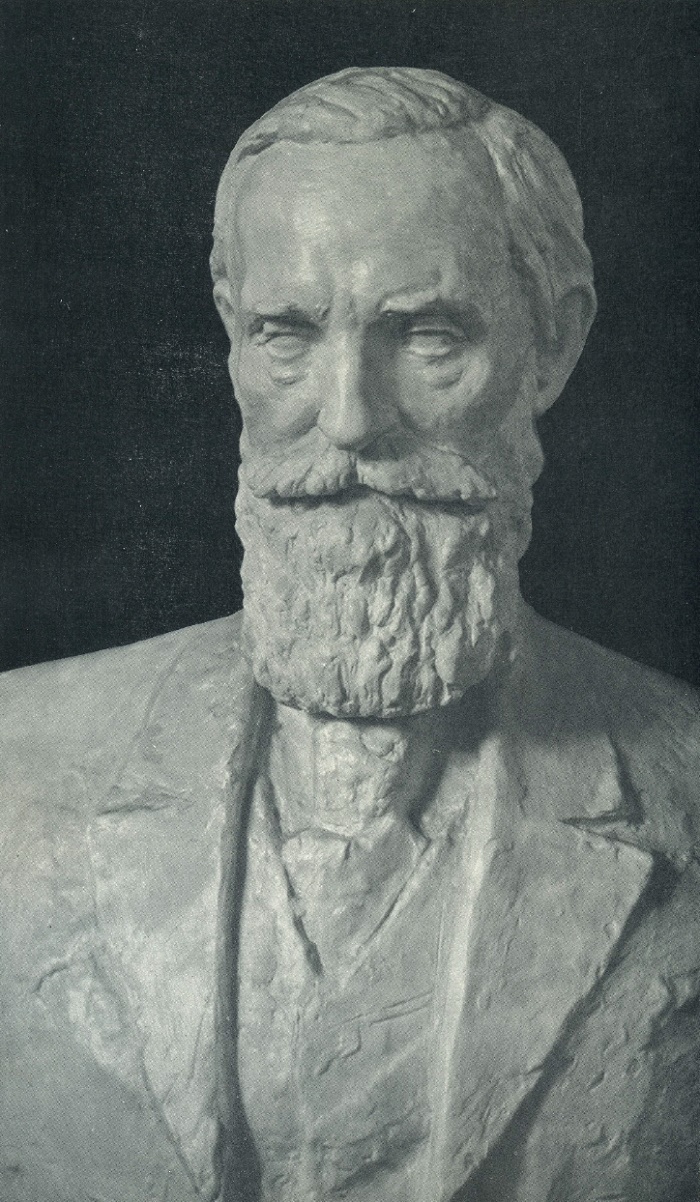 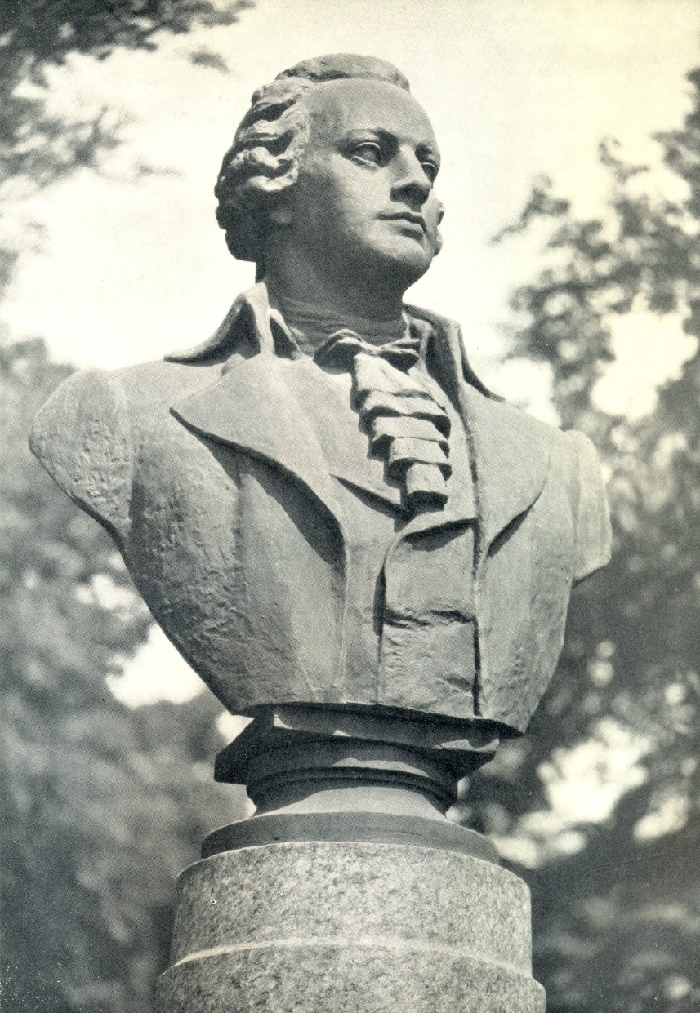 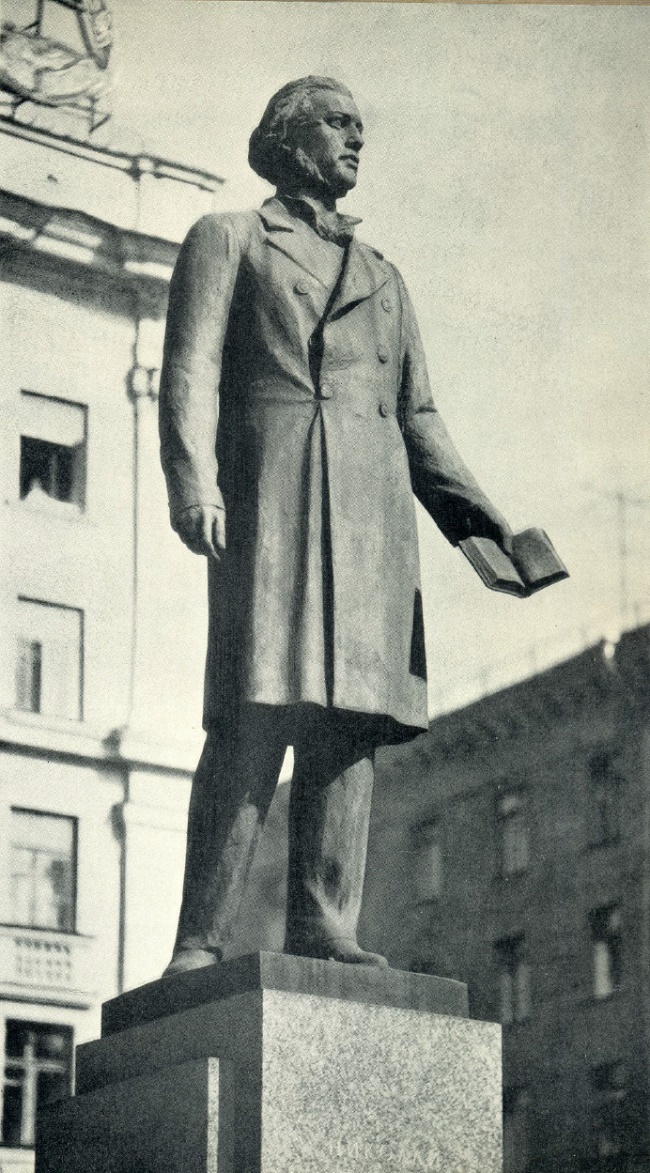 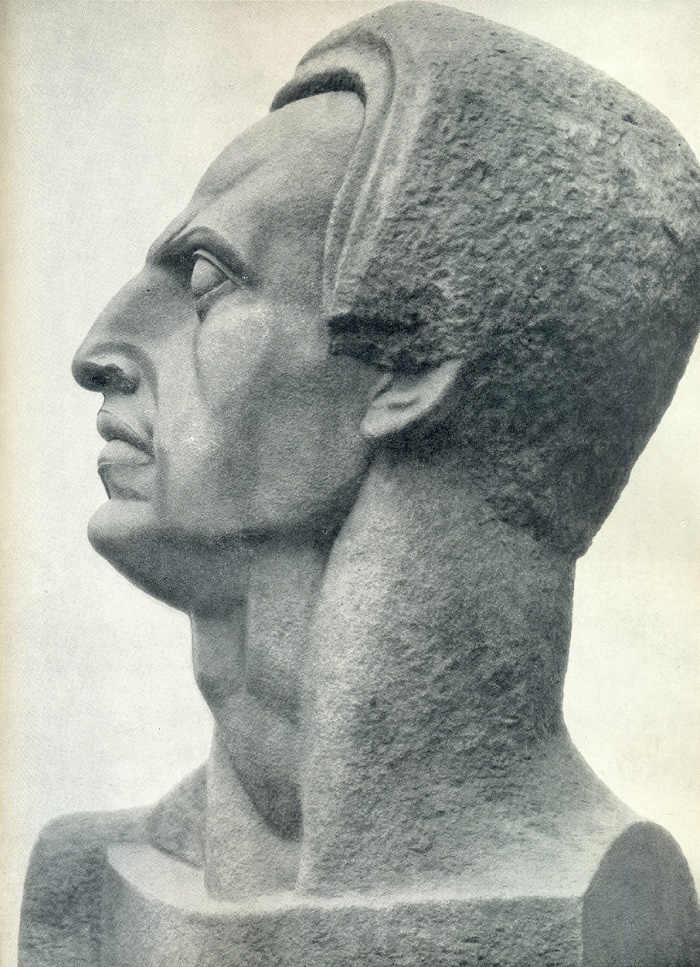 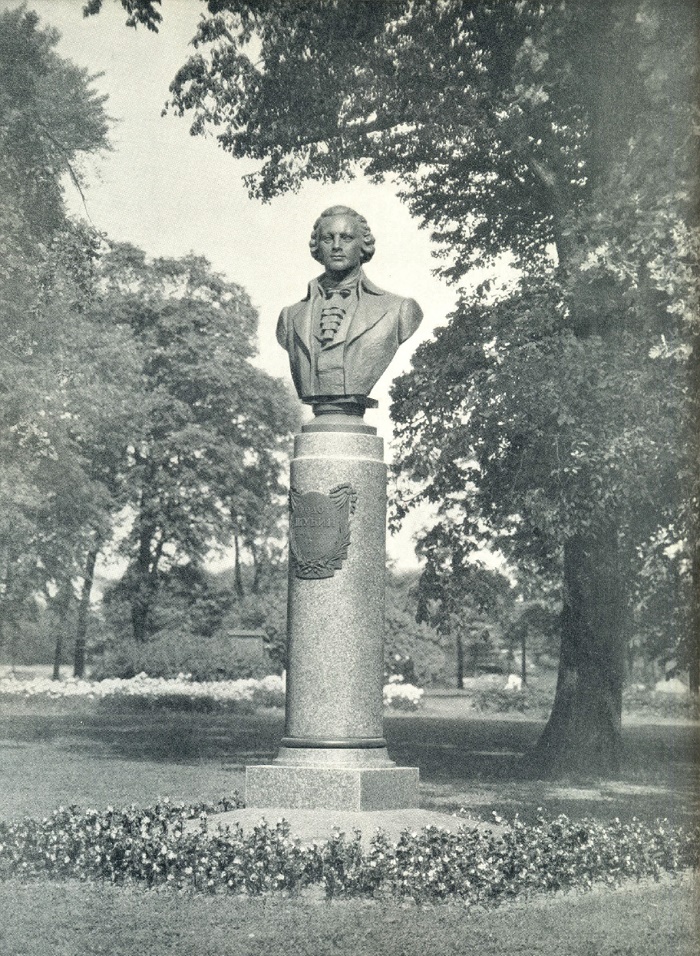 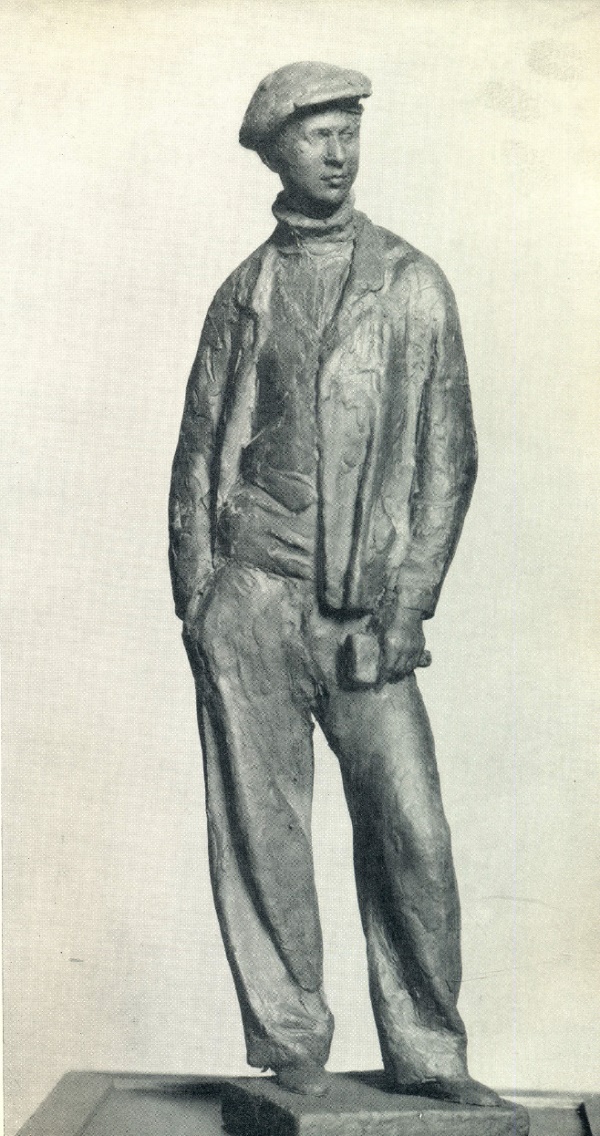 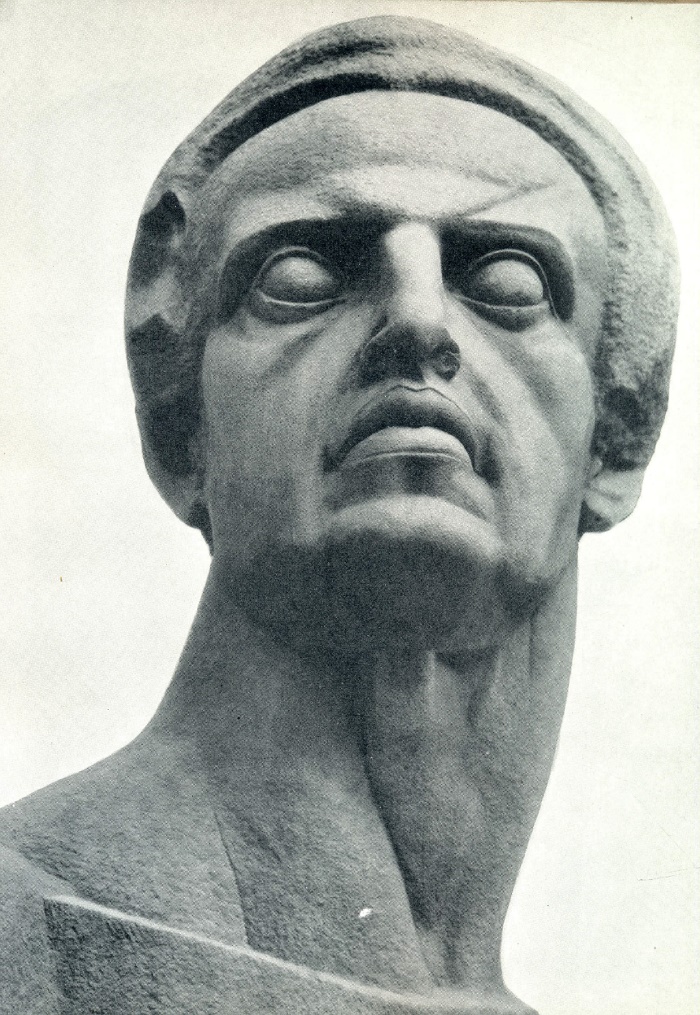 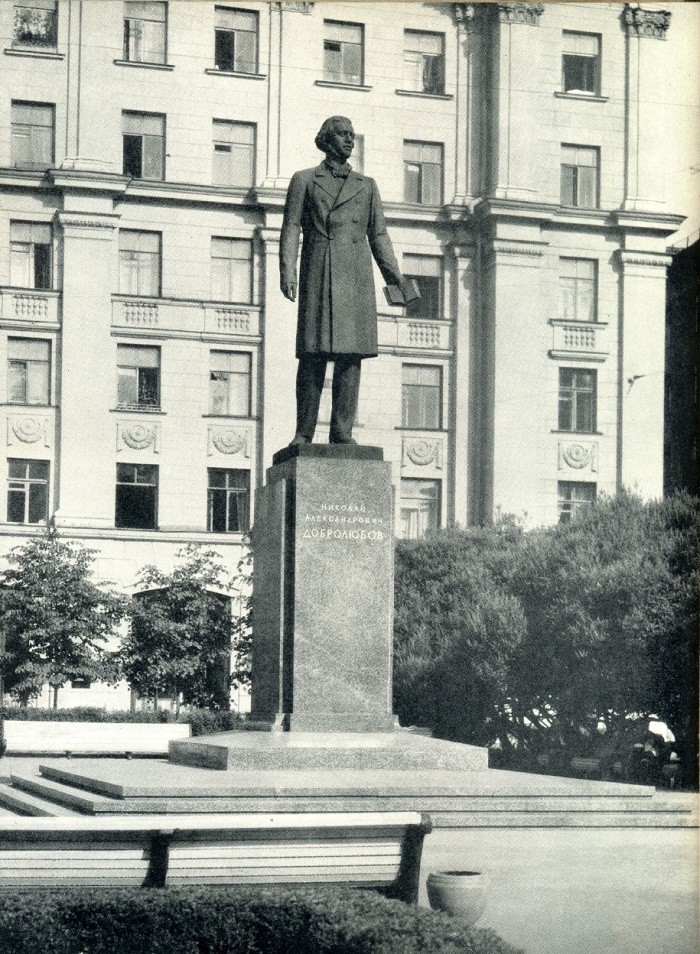 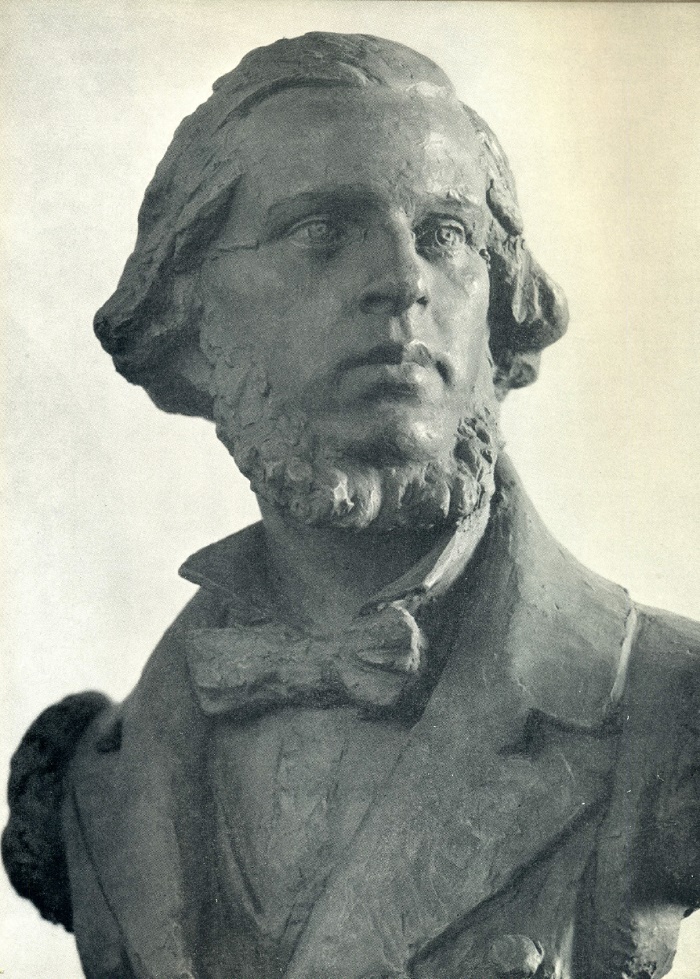 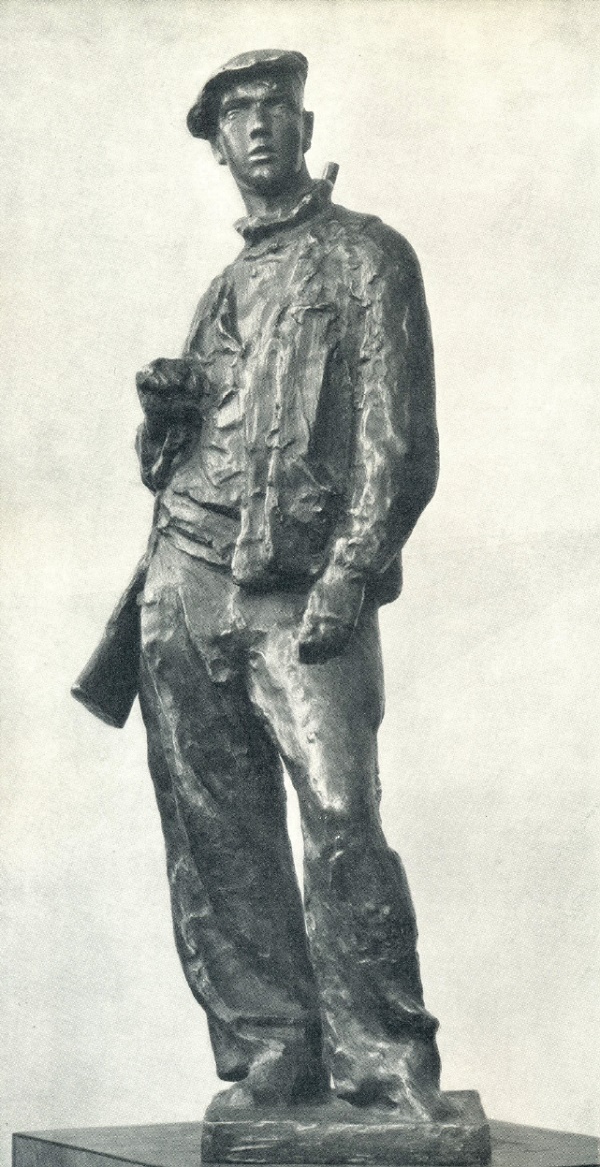 Osoaviakhimovets (member of the Society for Assistance to Defense, Aviation and Chemical Construction). Bronze. 1932 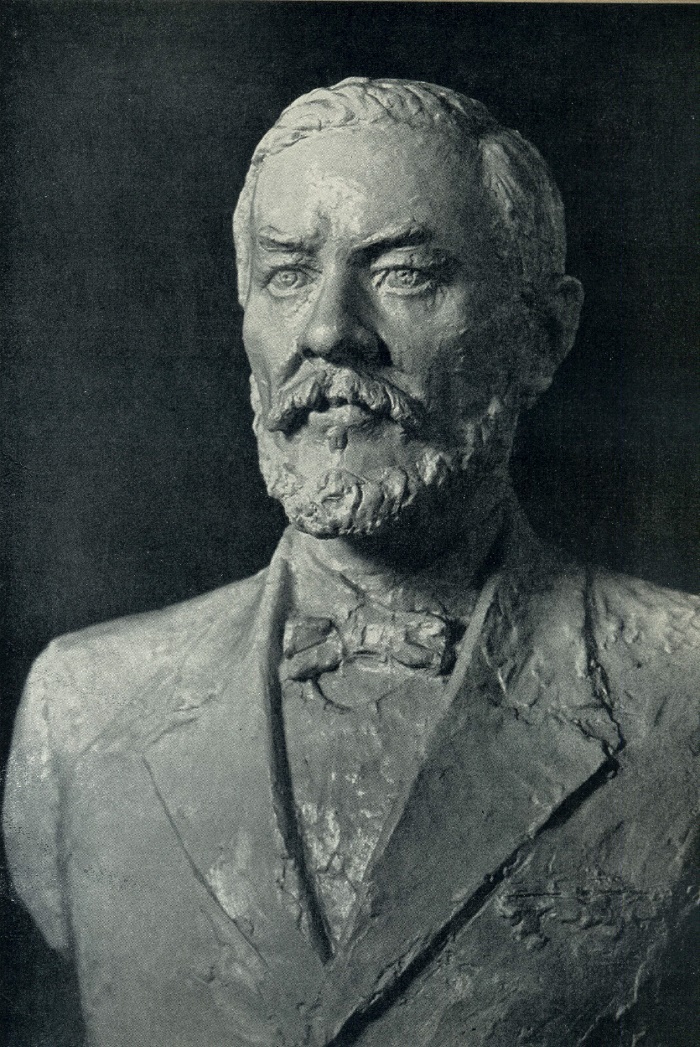 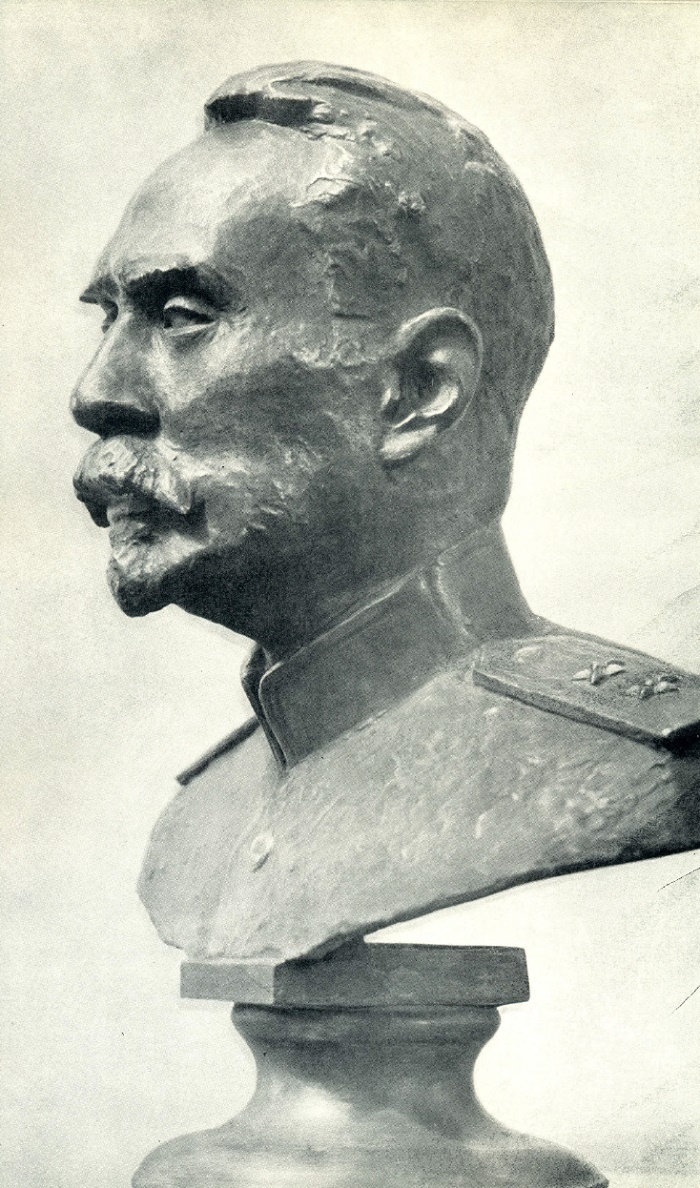 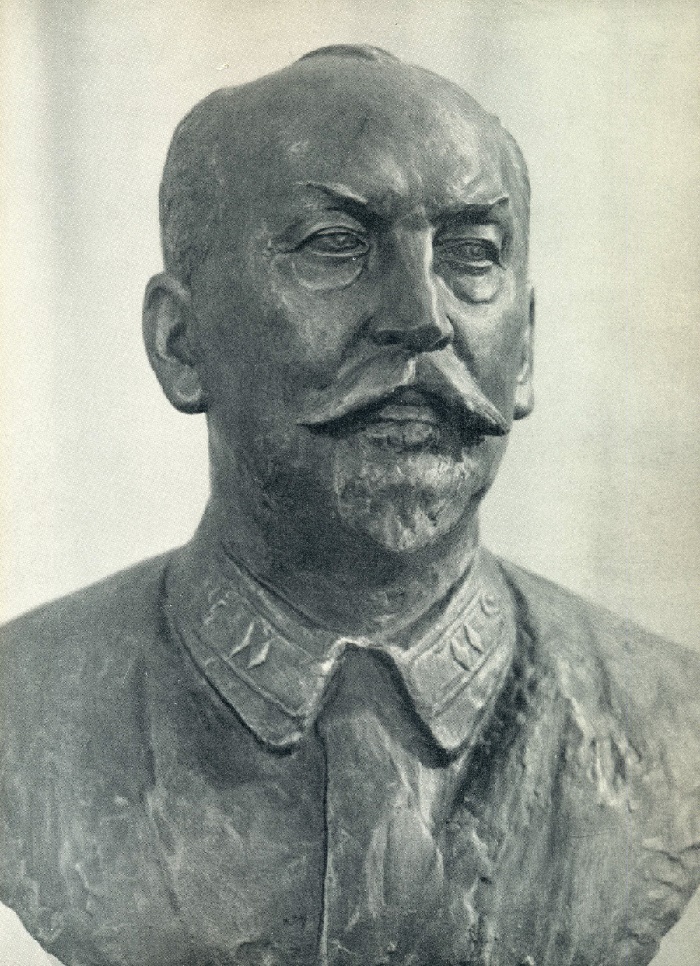 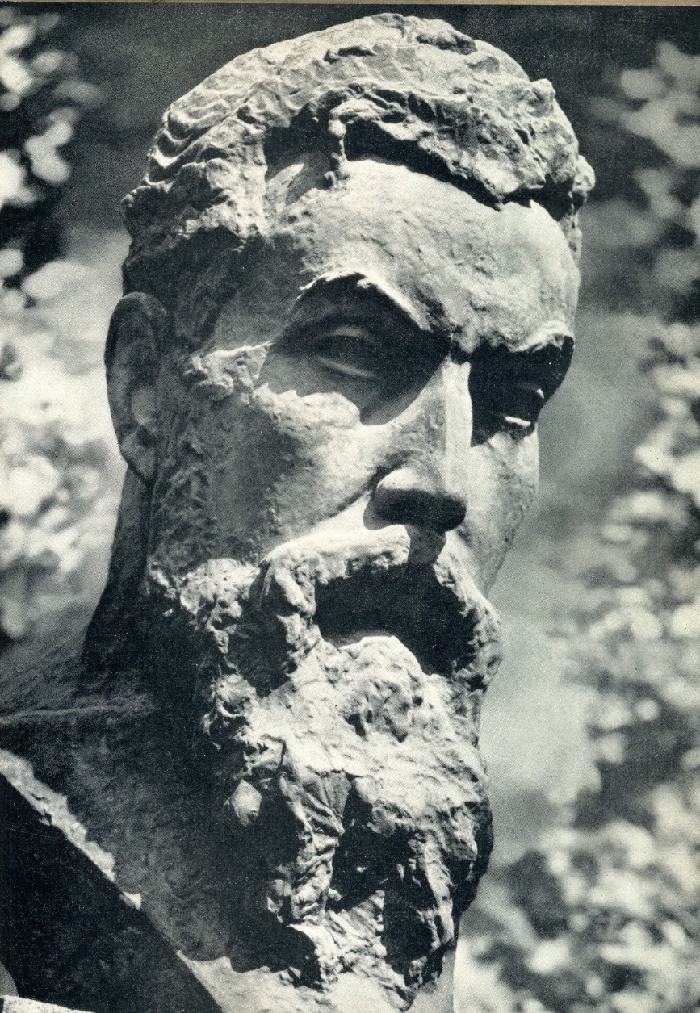 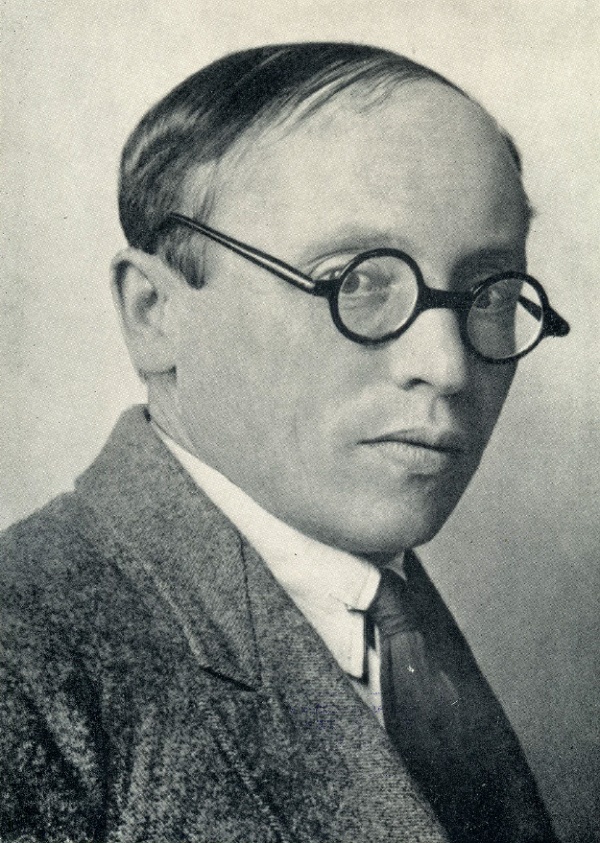 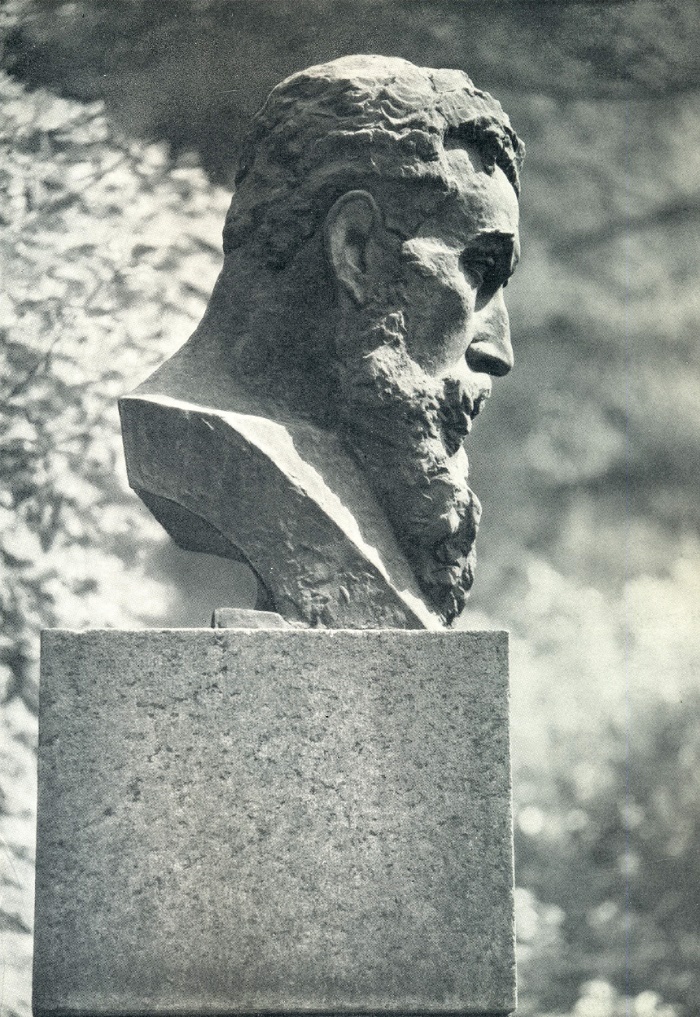 The monument to V.K. Roentgen in Leningrad. Bronze. 1927 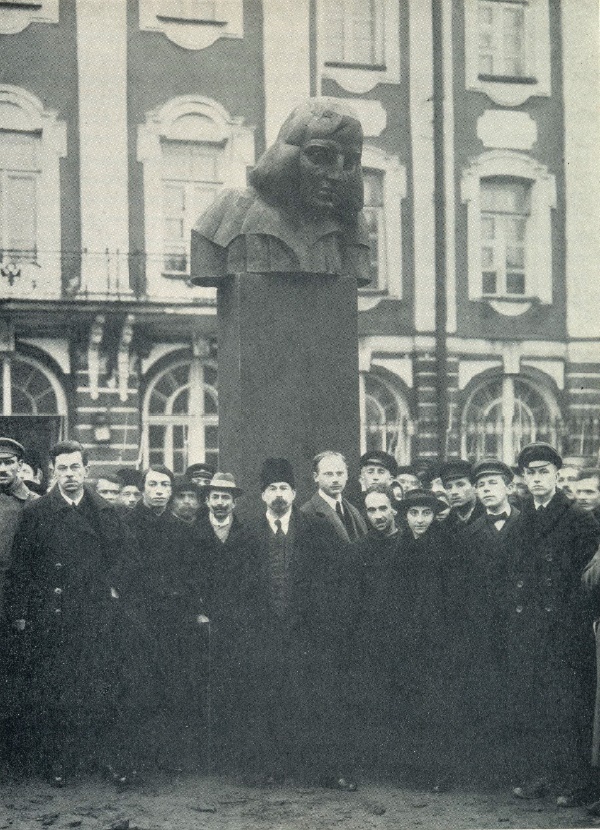 The opening of the monument to G. Heine. Photo of 1918 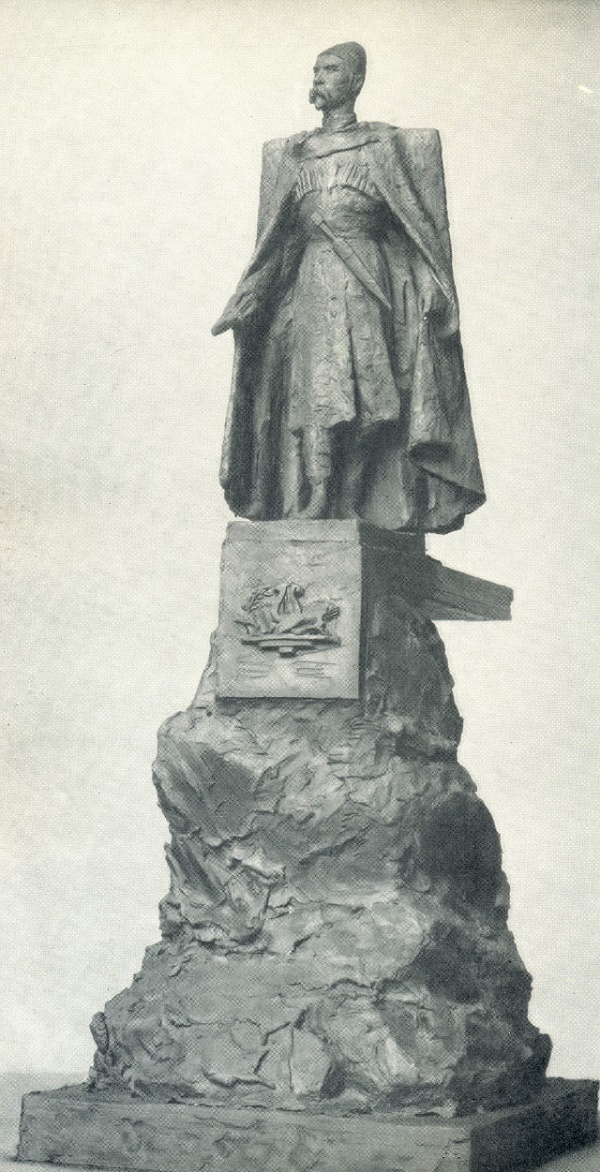 The project of the monument to Kosta Khetagurov. Clay. 1941 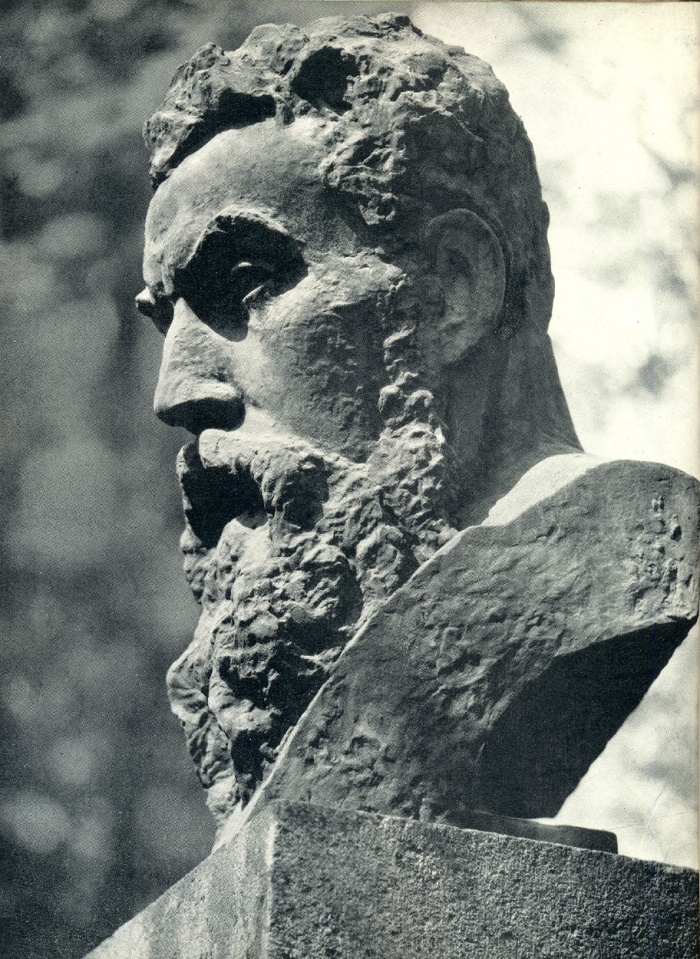