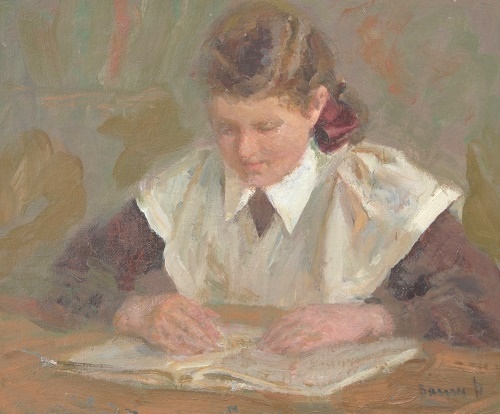 Soviet painter V.A. Vasin was born October 18, 1918 in Moscow. In 1938 he graduated from the Moscow Regional Art and Pedagogical School of the “Memory of 1905”, the workshop of artists Gorelov, Frolov and Morozov. Then, in 1939-1943 he studied at the All-Union State Institute of Cinematography, the workshop of F. Bogorodsky. For a long time, Vladimir Vasin taught painting at the Art Faculty of the All-Union State Institute of Cinematography (1943-1996), and had the rank of associate professor. In 1944, he became a member of the Moscow Union of Artists. And since 1945, he took an active part in Moscow, regional and international exhibitions of Soviet Art. He exhibited his works at the All-Union Art Exhibition (1950), “Soviet Russia” (1960, Moscow), as well as abroad – in Italy, Canada, Sweden, Poland, Germany, Japan, and France. Solo exhibitions took place in Moscow (1978 and 2002) and in Paris (1992). 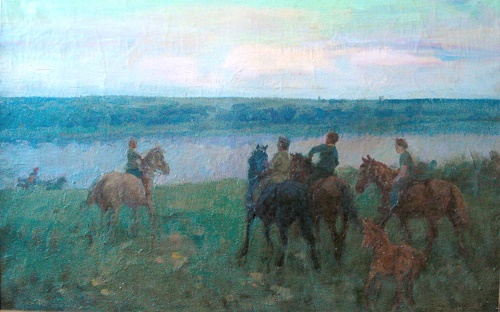 For Vasin was characteristic the subtle perception and understanding of nature. Landscape artist has always worked in the complex relations of colors and tones. His brushwork is recognizable by a characteristic soft, filled with a sense of air brownish ocher palette. With extraordinary subtlety passed all the nuances of the colors, the play of shadows and light. He loved to travel to Russian cities, inspired by the beauty of the ancient temples, colorful provincial landscape, diversity of natural motifs. From creative journeys along the Volga brought many beautiful sketches and sketches for future paintings. 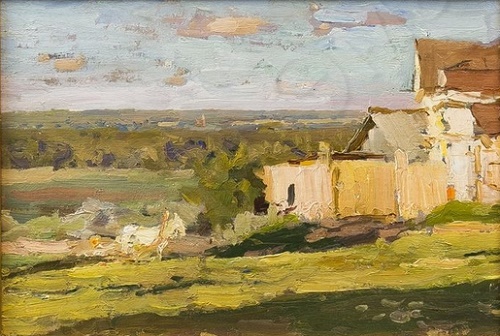 Soviet painter V.A. Vasin died in 2006 (Moscow). His works are in the State Tretyakov Gallery, the Kazakh Art Gallery, the Museum of Arts of Uzbekistan (Tashkent), regional museums and private collections in Russia and abroad. 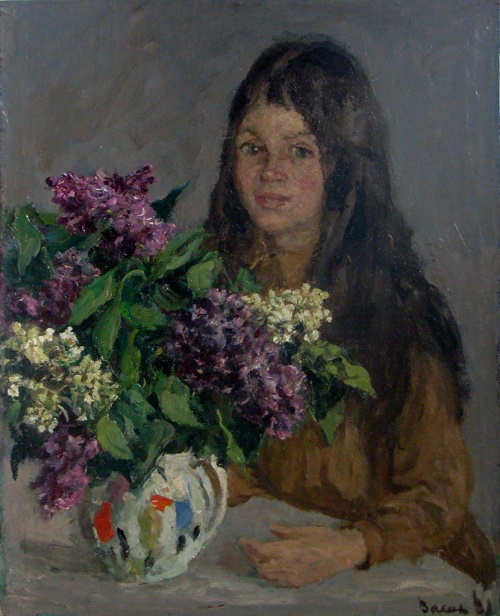 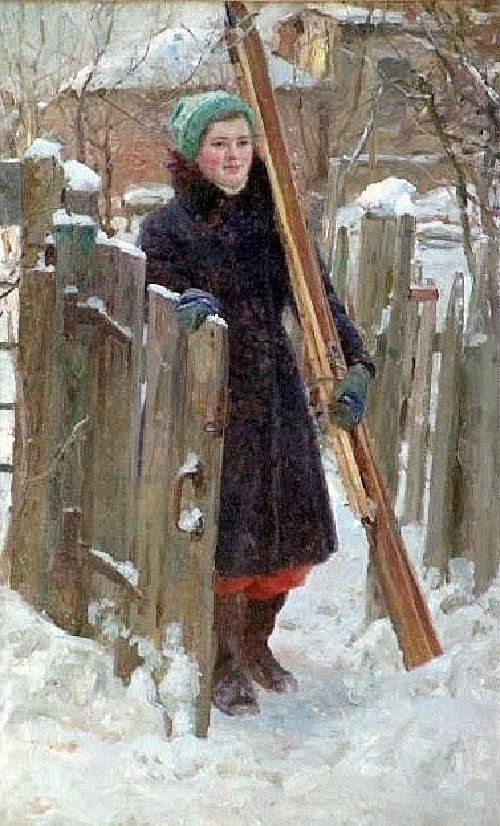 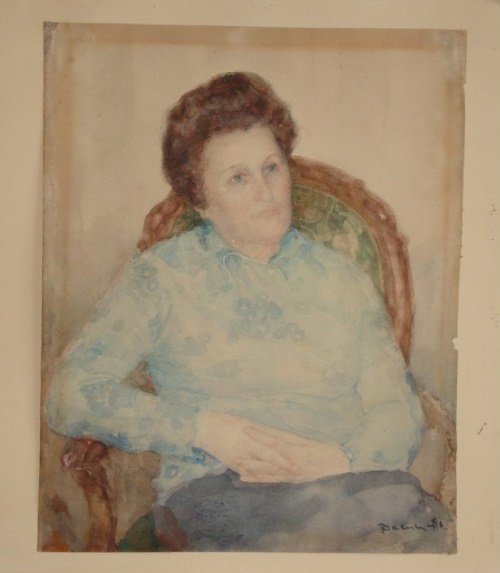 Nina in an armchair 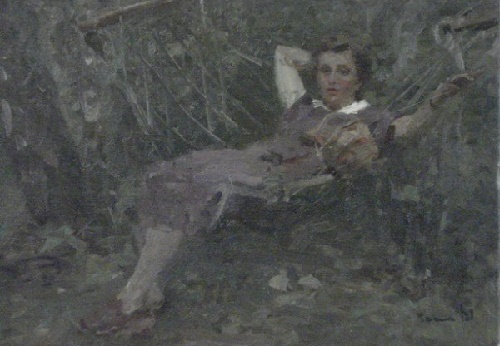 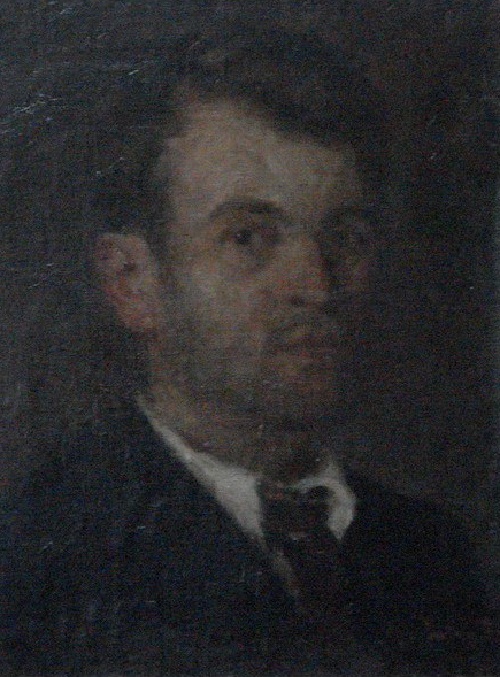 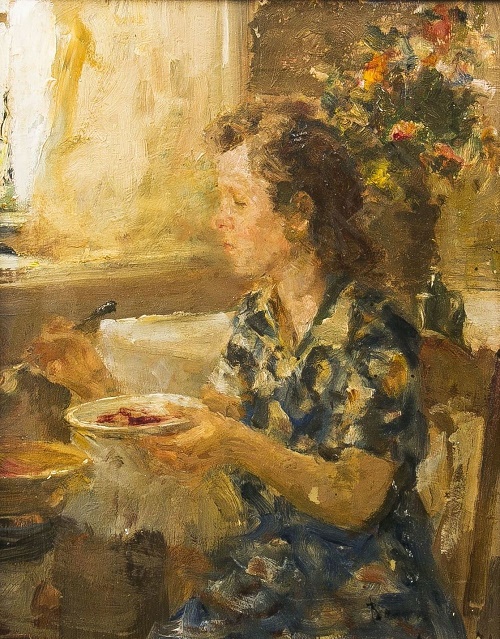