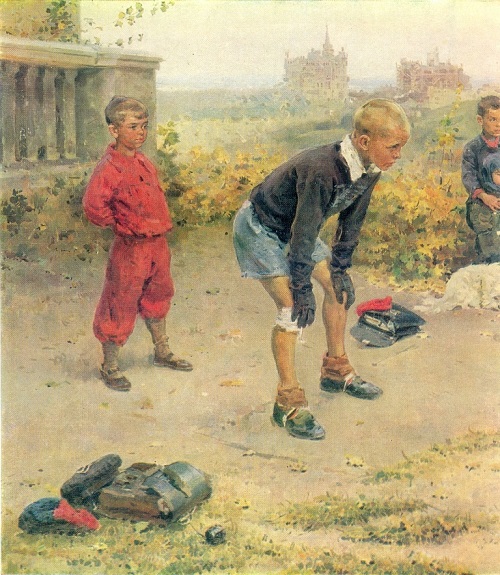 Soviet painter Sergei Grigoriev (1910 – 1988), People’s Artist of the Soviet Union and member of the USSR Academy of Arts, has played a major role in the formation of the Soviet Ukraine school of art as an outstanding painter and teacher. Grigoriev embarked on his artistic career in the late 1920s — early 1930s. He started as a graphic artist, working hard as a book illustrator, designer of posters and murals, and interior decorator. Beginning in the late 1930s, he gradually emerged as a lyrical painter. In his portraits, genres pictures, and landscapes, he created images filled with humaneness and harmony with the surrounding world. Ten years later, in the late 1940s, he established himself in Soviet painting as a mature master of multi figural, complex compositions. 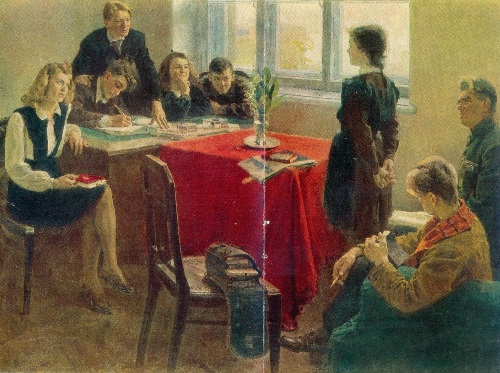 Born 22 June (July 5 in new chronology), 1910, Sergei Grigoriev grew up in the Donbass city of Lugansk, later renamed Voroshilovgrad. Then a 13 year-old boy became a student of a vocational art school. After finishing the school, he moved to Moscow to continue his studies at the Higher Artistic and Technical Work-shops, VKHUTEMAS.

Also, in 1928, Sergei Grigoriev entered the Kiev Art Institute. Upon graduation from the institute, he moved to Kharkov where he took up work as a poster painter and book illustrator at the Mistetstvo Publishers. While in Kharkov, Grigoriev created posters of highly original design – “We’ll Get the Contact!”, “We’ll Give Bread to our Country!”, and “The Komsomol”.

Called up for the military service in the winter of 1940, Grigoriev joined the Communist Part at the outbreak of war (1941). During this time he could hardly create any painting. In the 1950s Grigoriev concentrated on multifigural genre compositions built around dramatic or contrast subjects. He is especially concerned with problems of the education of children and youth, the building of their characters and social outlooks. These themes are dealt with in such well- known pictures as Joining the Komsomol, Discussion of the Failing Mark, and The Return.

In 1951 Grigoriev received the USSR Slate Price for his picture Discussion of the Failing Mark. Also in that year he was made People’s Artist of the Ukrainian Republic. Three years later, the painter was elected corresponding member of the USSR Academy of Arts, and in 1958 he became lull member of the Academy.

In 1954 a worthy contribution was added to Soviet genre painting — Grigoriev’s picture The Return.

Portrait painting became a dominant feature of Grigoriev’s art in the 1960s. The artist created a large series of portraits of noted men of Ukrainian prose writers and poets. Still another, albeit less well-known, facet of Grigoriev’s work is landscape painting. Most of his landscapes are painted in early spring and autumn. The artist has several favorite themes, which are repeated with variations almost every year.

Extensive and diverse, Academician’s Grigoriev’s activities are inseparably linked with the life of his people, with the faith in the tremendous transformative potential of socialist art.

“I have always been guided by a sense of truth in art: nothing to invent, but to see, feel, learn people, the phenomenon of nature. Only bright and varied life provides rich material for creativity. Mainly, I think to see the total, whole. In this lies the whole essence. “What is a painting, I do not know – said Picasso – and if I knew that I would say to no one …” It was not only him who didn’t know, but no one knows. Painting – the magic wrought by a master in a state of high spiritual insight, the excitement of the heart, joy and suffering. ..”

“Great importance in my life plays a reverent love for the works of the past: the monuments of art of all mankind, different eras, civilizations and peoples. However, I have my favorites – an ancient Russian icon, Giotto, Michelangelo, Velasquez, Rembrandt and Rembrandt thousand times .. To this day, I admired Degas, Renoir, Serov, Levitan and Vrubel, whose work impressed me since my youth!. A special place in my mind takes Wanderers. Realizing that they were children of their epoch, I really like and appreciate these noble ascetics in the field of serving the people.” 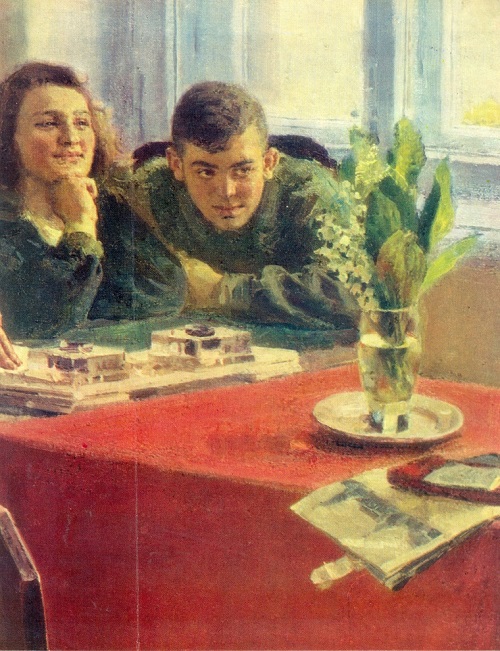 Admission to the Komsomol, 1949, detail 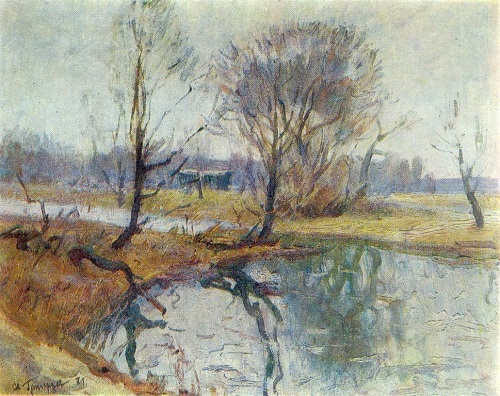 After war. 1946. Watercolors on paper 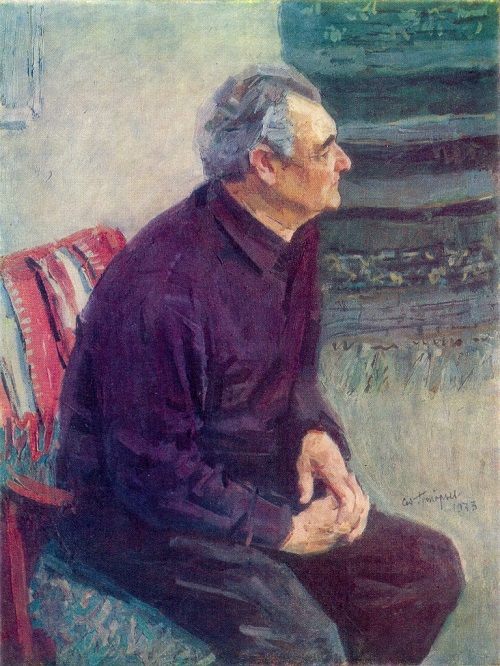 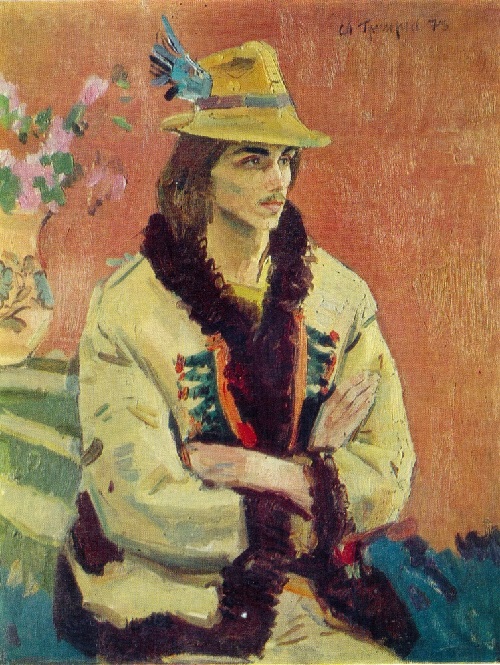 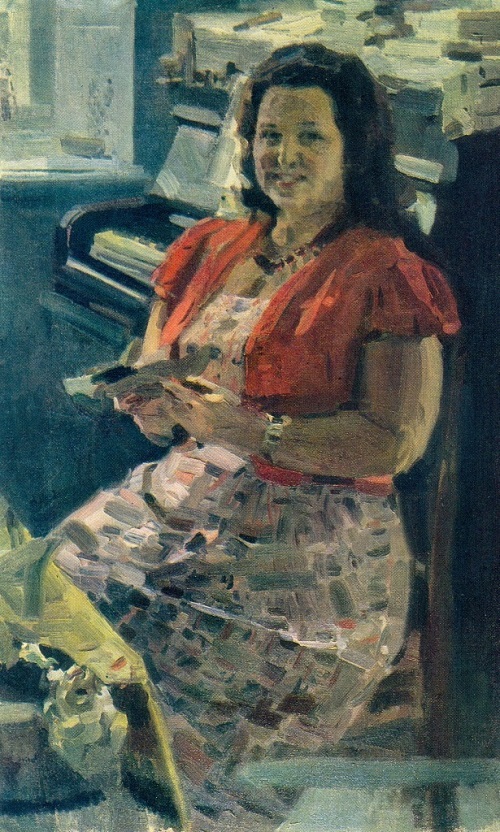 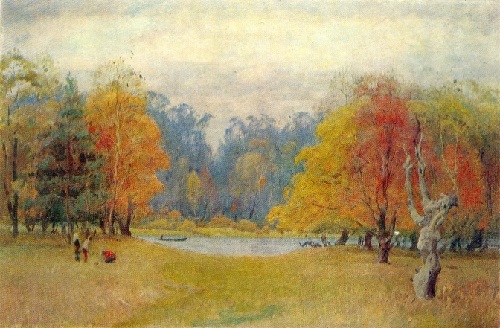 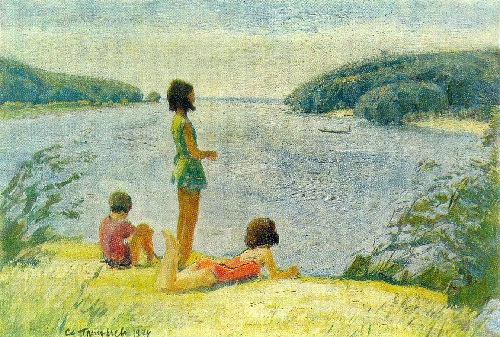 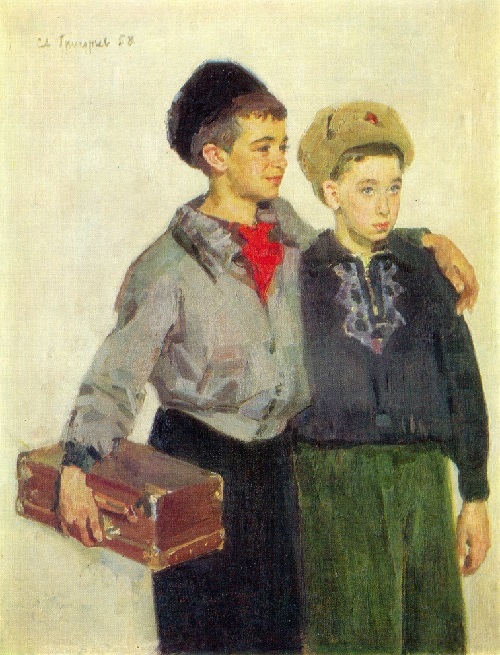 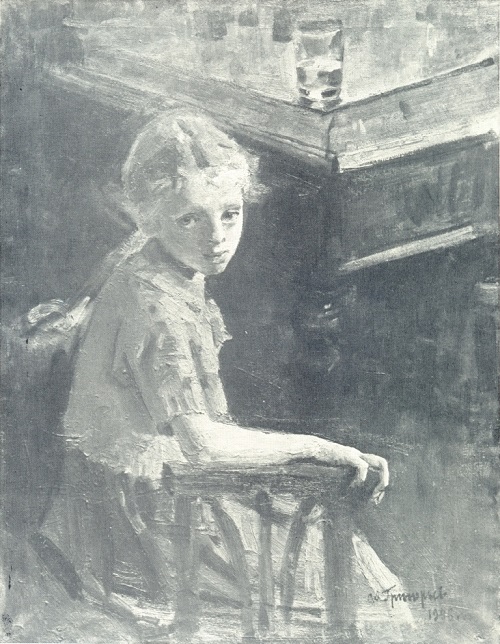 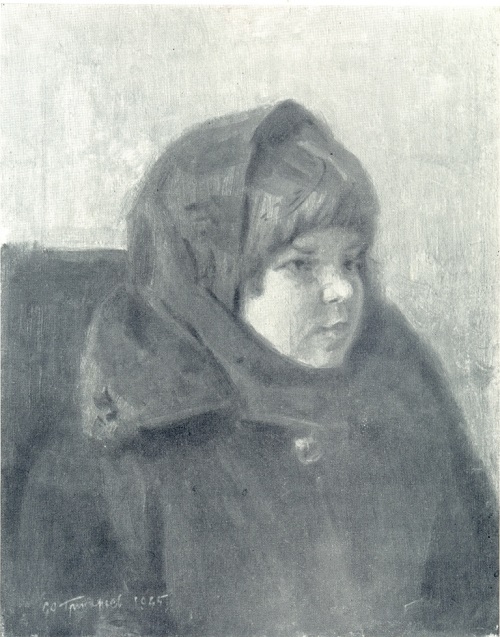 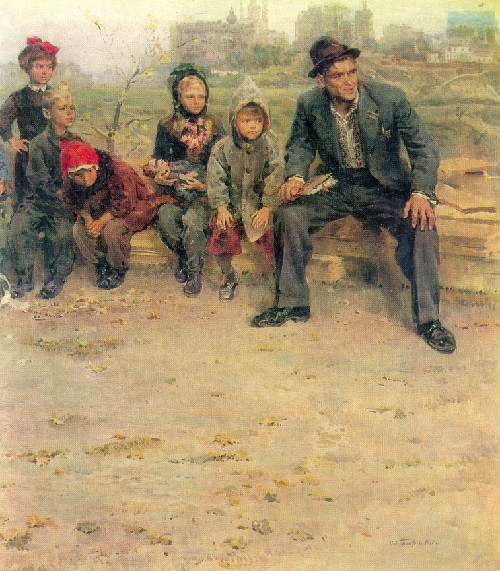 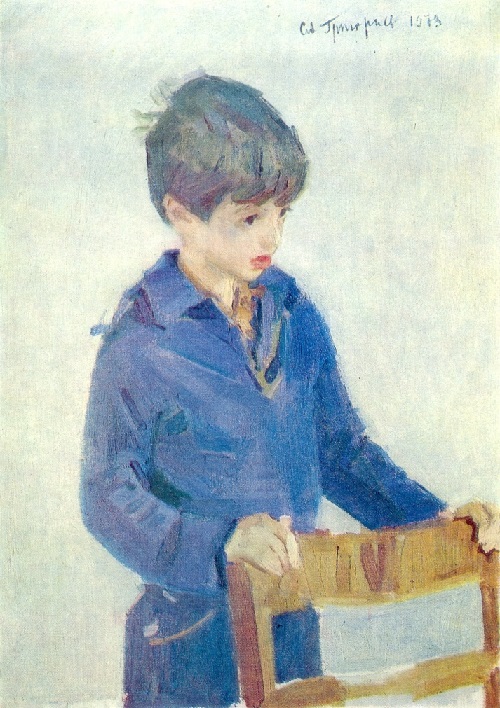 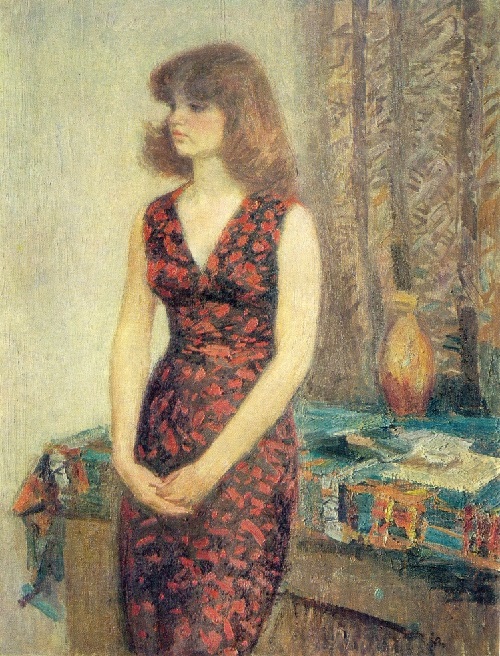 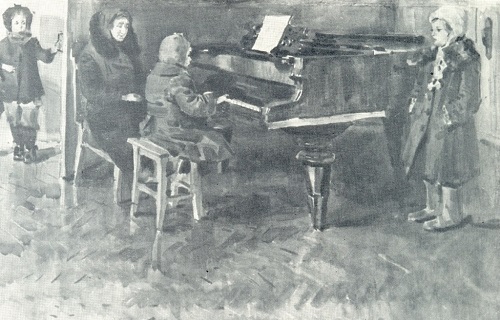 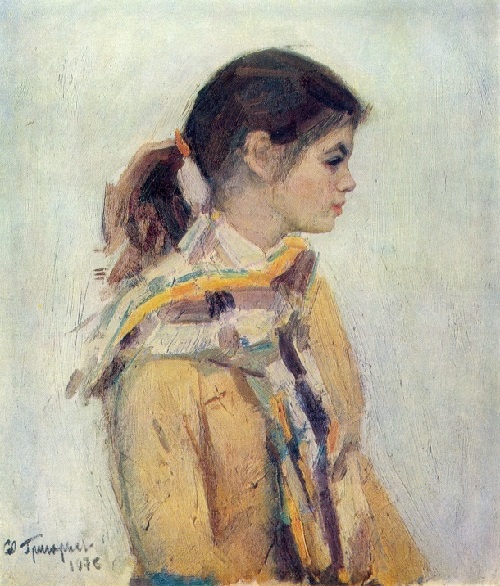 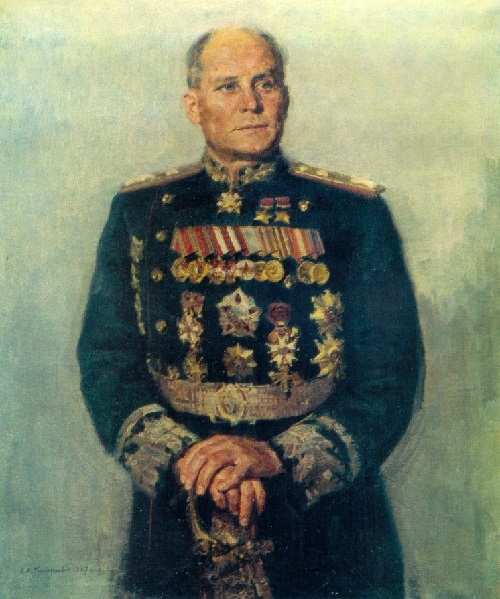 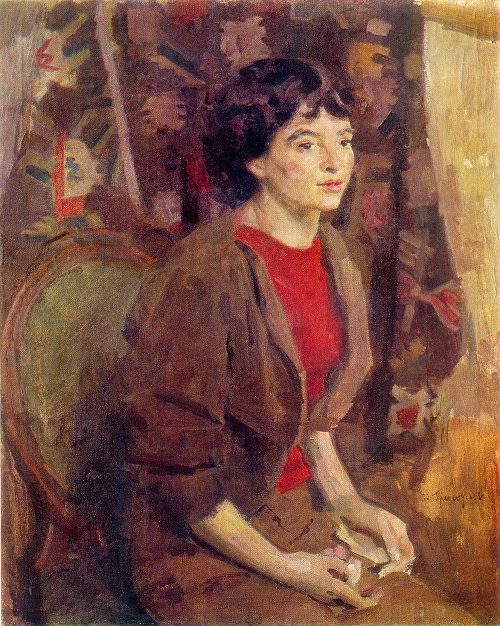 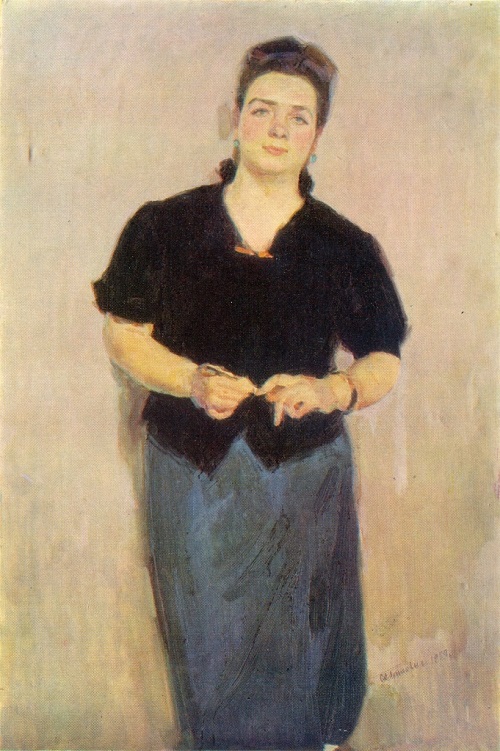 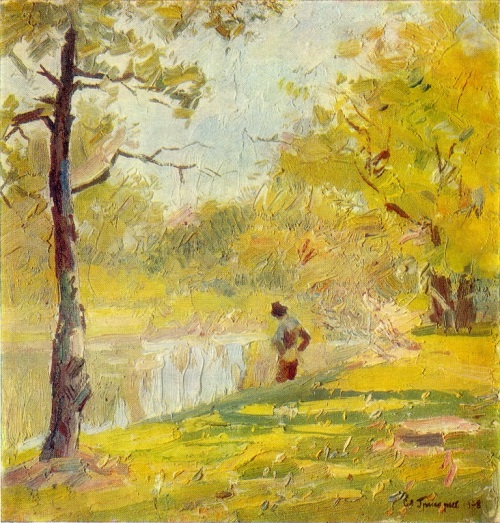 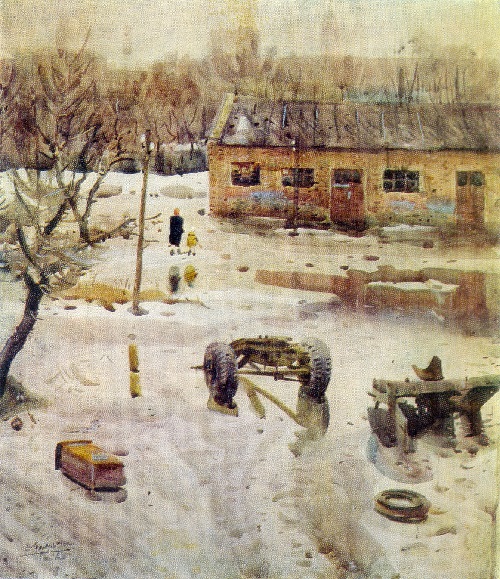 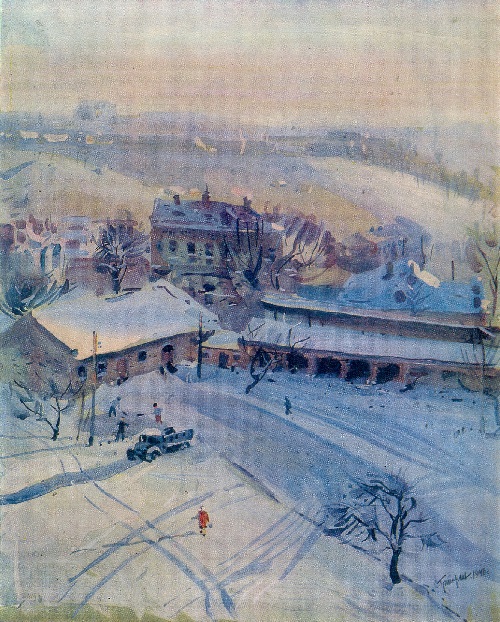 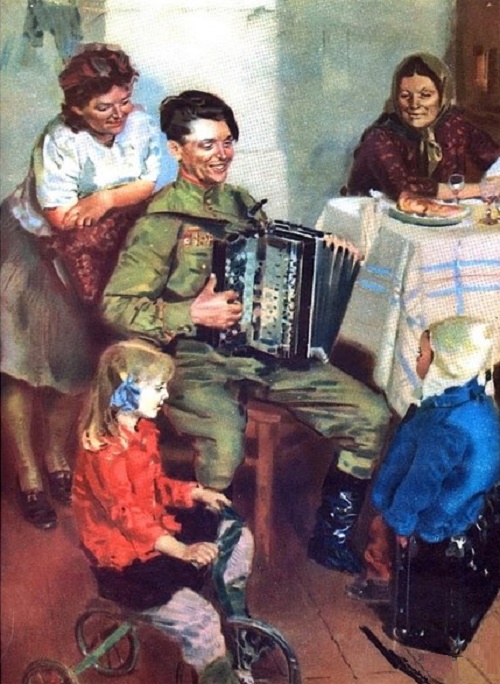 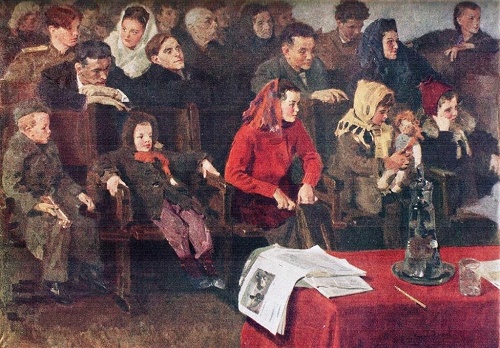 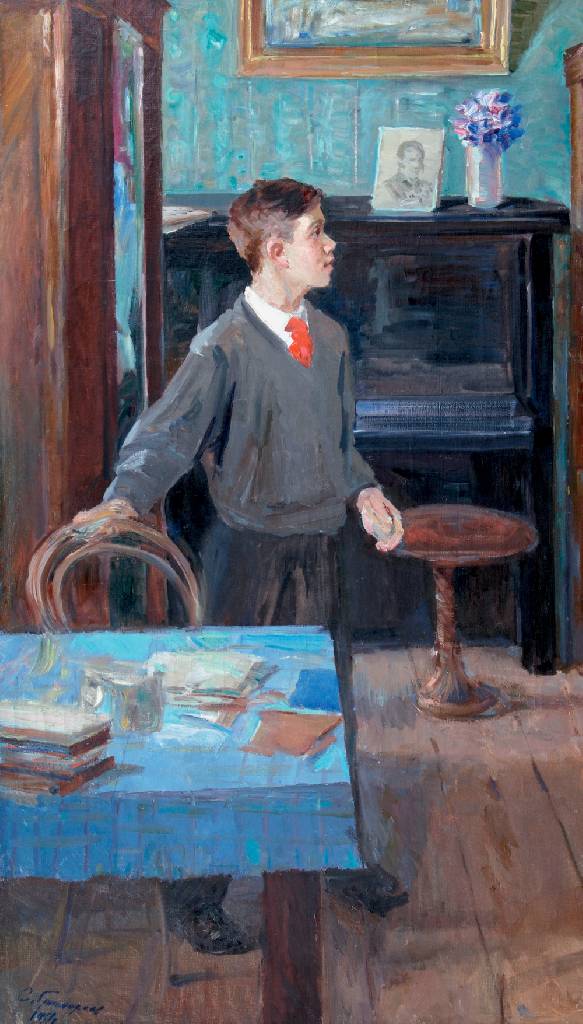 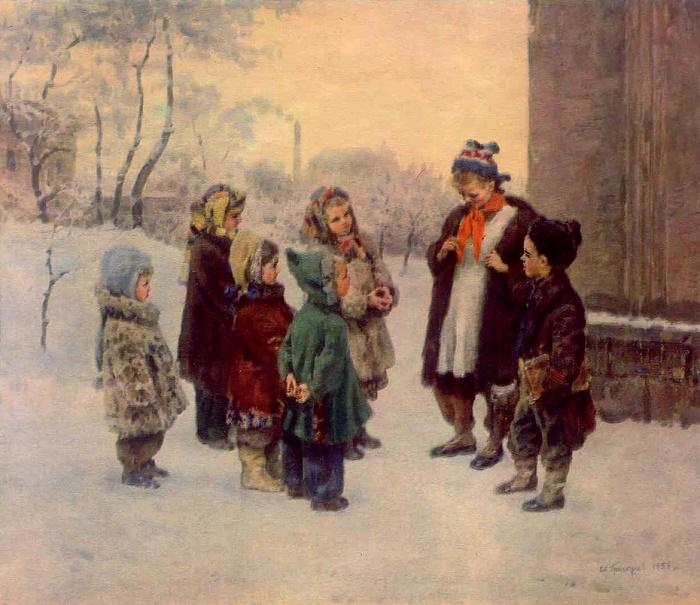