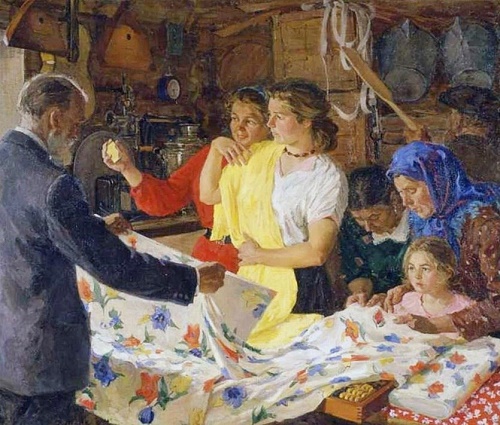 Soviet artist Viktor Kiselev (12 July 1907 – 14 June 1985) – painter, member of the USSR Union of Artists (1945), Honored Artist of the RSFSR, laureate of the State Prize of Ilya Repin. Born in the village of Komarovka of Simbirsk, now Mainsky district of the Ulyanovsk region, he studied painting in the workshop of the famous representative of Soviet art Arkady Plastov. In addition, he studied at the art courses in Moscow (1929-1930), and in the Moscow art Institute of Surikov (1936-1941), workshop of S. Gerasimov. The main theme of his creativity – work and life of the Soviet peasantry. And the main characters of his paintings are his countrymen and villagers. The artist often painted his father, Vasily Osipovich (“The Return”, “Harvest”, “On leave.” The works of Soviet artist Kiselev are kept in the Ulyanovsk Regional Art Museum. And among them are such paintings, as “At the apiary”, “Zina”, “Before the feast,” “The sultry noon,” “Rye in the wind”, “On leave”, and more. Viktor Kiselev died June 14, 1985 in his native village. 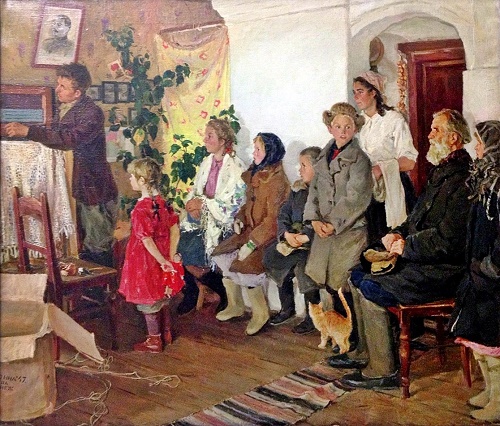 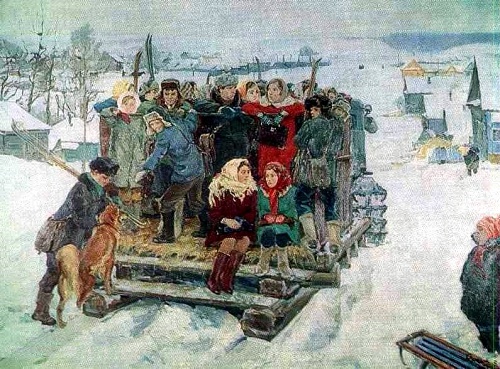 Going to school. Oil on canvas. Painting by Viktor Kiselev 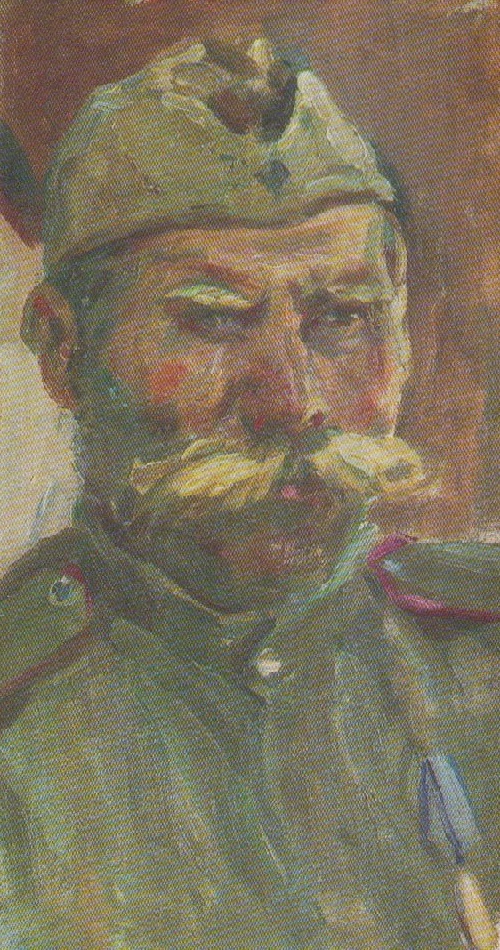 A soldier with a white mustache. 1945. Painting by Viktor Kiselev 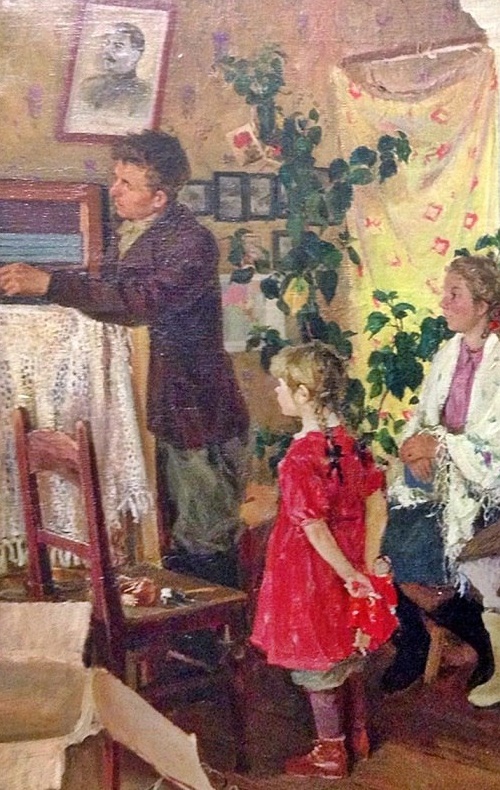 Radio in a collective farm, 1951. Detail of painting 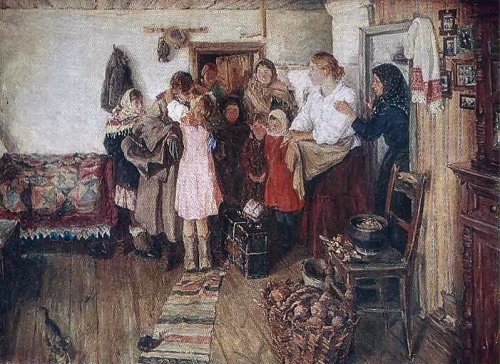 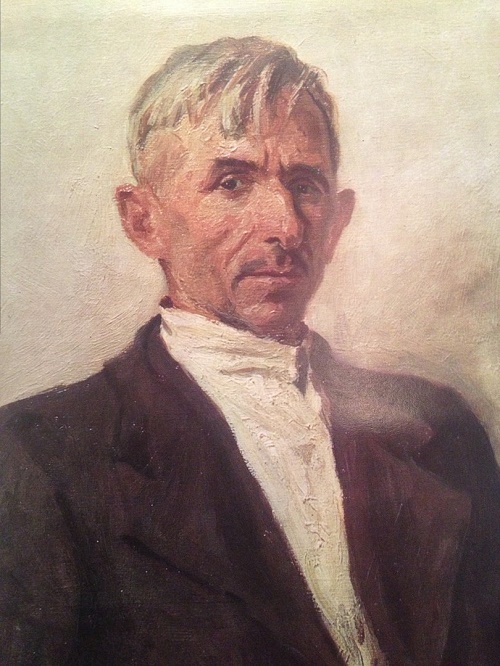 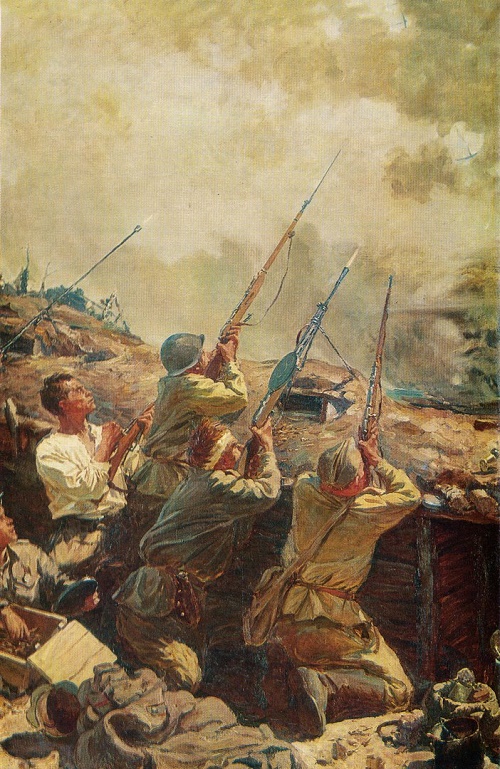 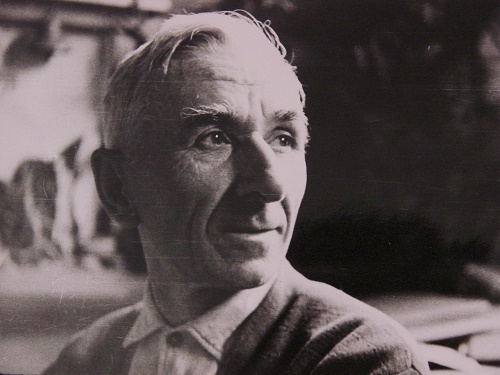 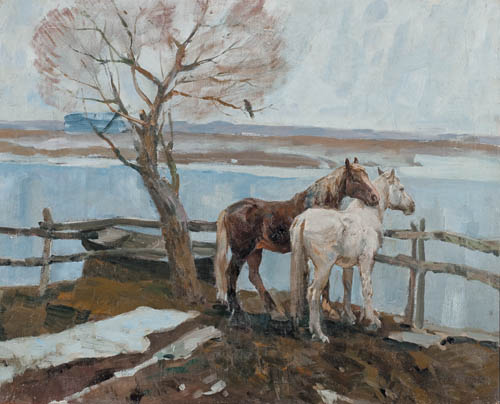 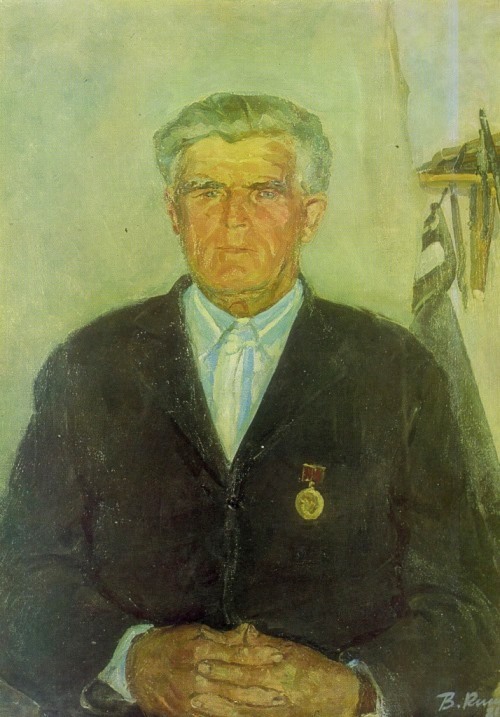 Honored farmer, a veteran of war and work N. Prokofiev. 1981. Oil on canvas