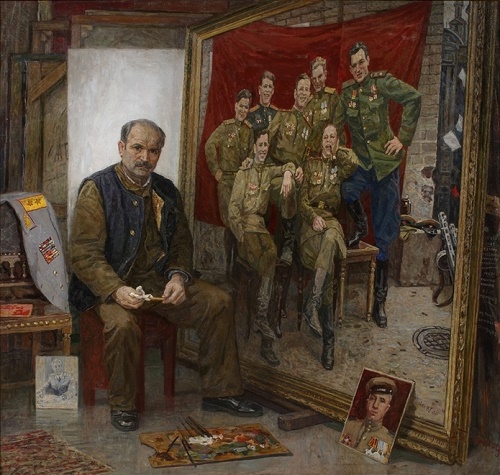 Soviet artist Alexey Belykh was born June 3, 1923 in the village of Krutets of Oryol Region. In 1958 he graduated from Moscow State Art Institute of Ilya Surikov, where the teachers of the young artist were Fyodor Reshetnikov and Viktor Tsyplakov. The last played an important role in the development of Belykh as a painter. In the workshop of Viktor Tsyplakov, Alexei Belykh defended his thesis “The first builders of Bratsk hydroelectric power station”, which was exhibited at the All-Union art exhibition “40 years of the Komsomol”. He taught at the Kostroma Art College (1958-1964) and Kostroma College of Education (1964-1983). Alexey Pavlovich Belykh – Honored Art Worker of the RSFSR, People’s Artist of the RSFSR, Member of the Union of Artists of the RSFSR and USSR, the senior lecturer. He was awarded the Order of the Red Star, Great Patriotic War I and II degree, the military medals, the Order “Badge of Honor”. Honorary citizen of Lozovaya (1990) and Kostroma (2001). 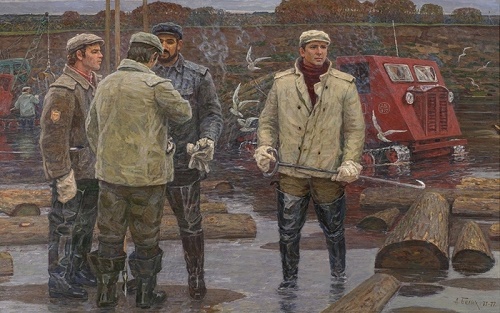 To the wide audience the name of Alexei Belykh became known after the creation of such iconic works as “Volzhanka” (1961), “Loggers. Youth Brigade” (1964), and “Evening on the Volga” (1968). Solo exhibitions of the artist took place in 1985 in Leningrad, and three times in Moscow in 1974, 1979 and 1983. More than 30 works by Soviet artist A. Belykh are stored in the Kostroma Museum of Fine Arts, Museum of the Great Patriotic War and the Russian Culture Ministry. 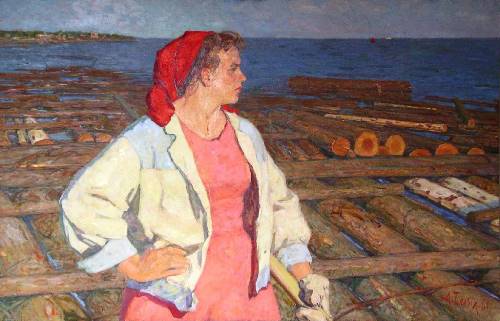 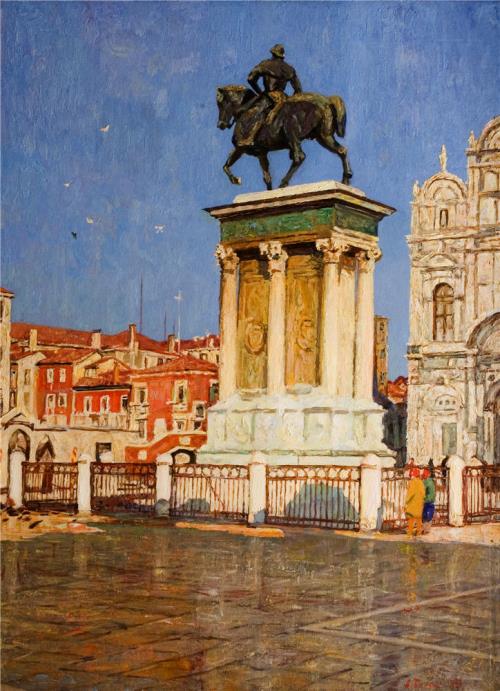 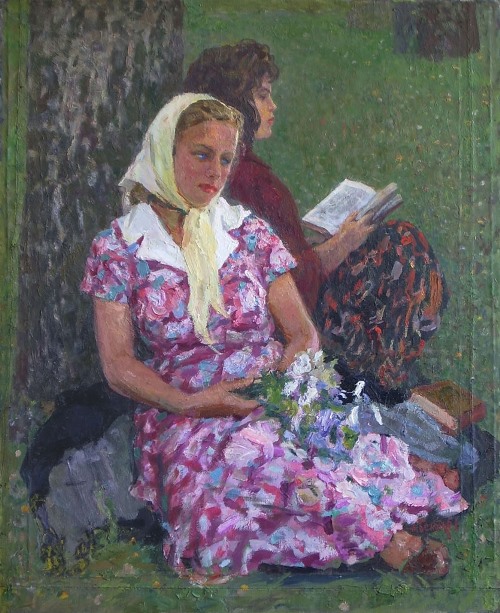 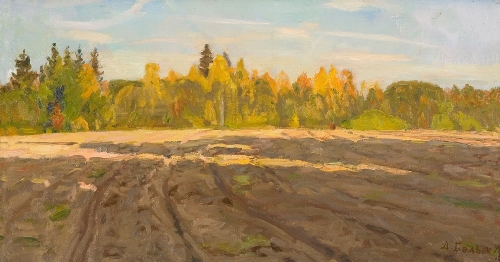 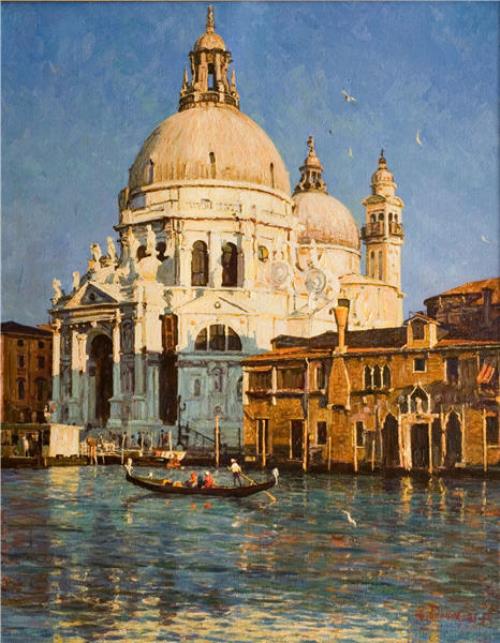 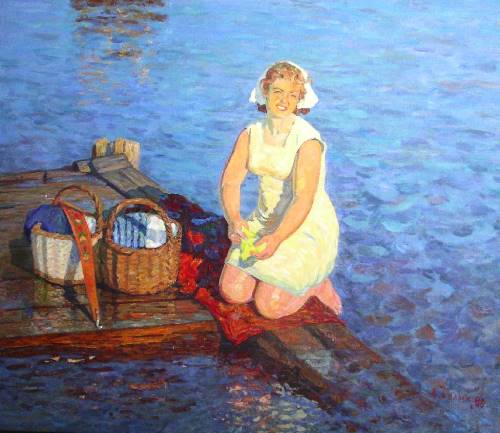 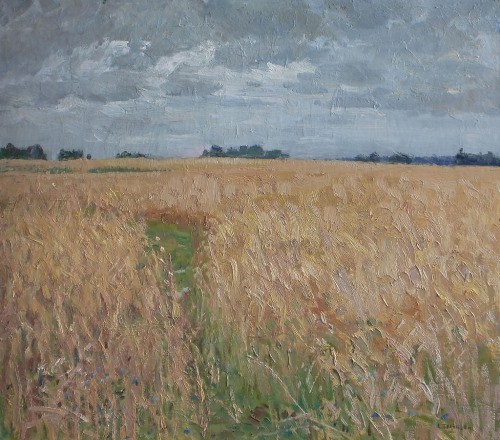 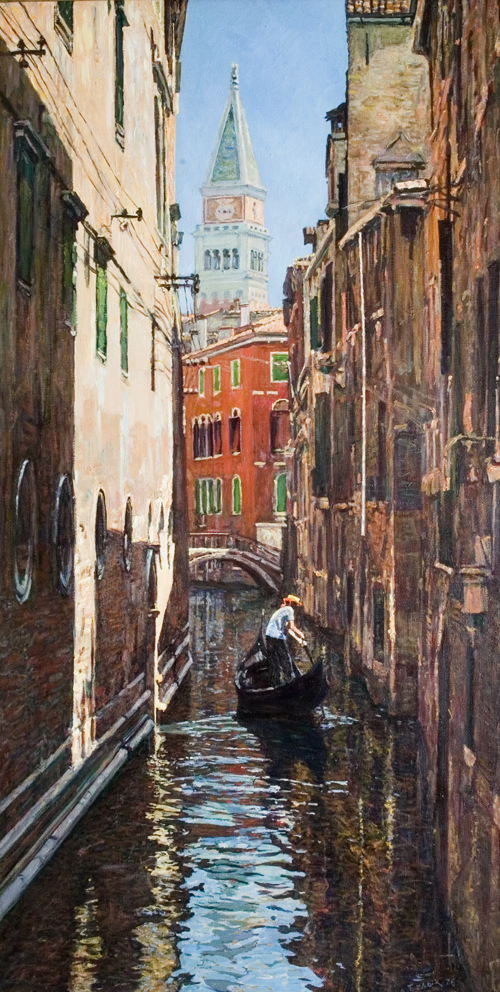 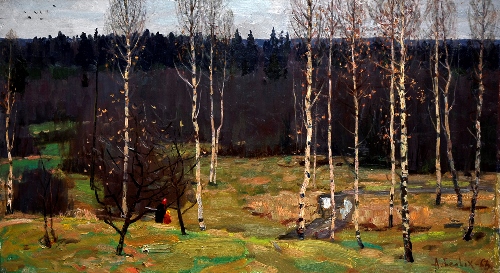 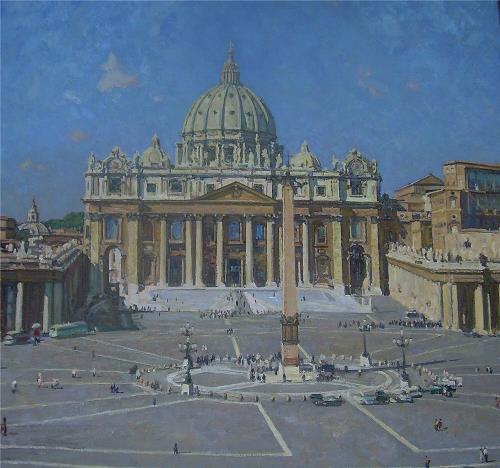 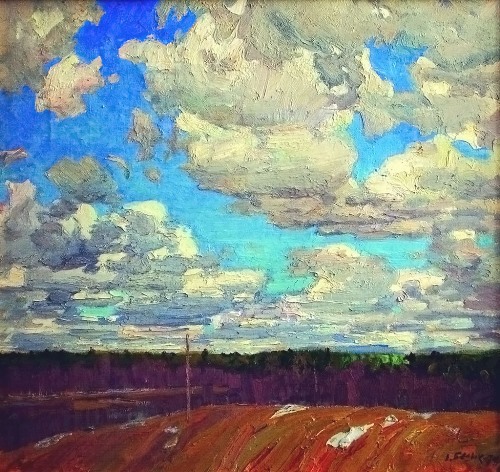 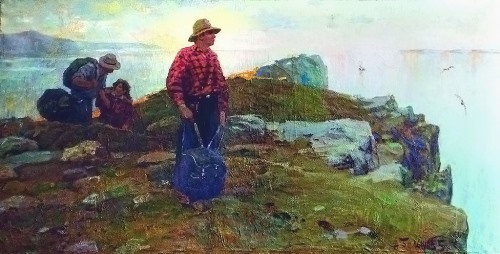 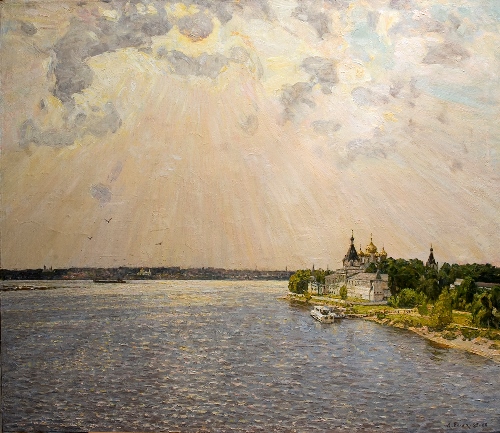