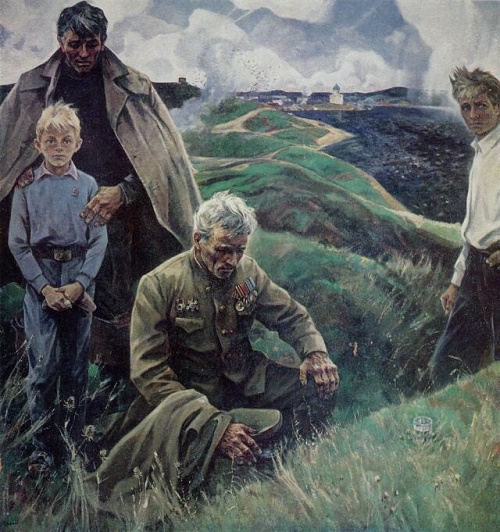 Soviet realist painter Alexey Yeryomin (March 17, 1919 – June 11, 1998) is the representative of Soviet Art, and, in particular, the Leningrad school of painting. An honored Artist of RSFSR (1978), People’s Artist of the Russia (1970), member of the Saint Petersburg Union of Artists, Alexey Yeryomin regularly participated in exhibitions since 1951. He painted genre and historical paintings, as well as portraits, landscapes, and sketches from nature. The leading theme of his creativity has become nature and people of the Russian North.
Soviet realist painter Alexey Yeryomin died June 11, 1998 in St. Petersburg. His works are kept at the State Russian Museum, the State Tretyakov Gallery, the numerous museums and private collections in Russia, Britain, China, Germany, Italy, Japan and other countries. His wife Irina Baldina survived her husband for ten years and died in St. Petersburg January 15, 2009. 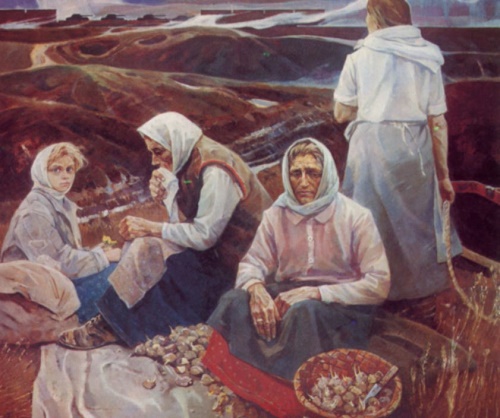 The future artist Alexey Yeryomin was born in the village of Velikaya Guba of Karelia, March 17, 1919. The artist’s father, Grigory worked as a carpenter, and his mother Anastasia Andreevna worked in housekeeping and child-rearing. In 1930, Yeryomin and his mother moved to Leningrad to his father, who worked here in repairing and laying parquet. He went to school number 113 of Smolny district, where he began to attend the Art Club, led by Vasily Smirnov, a graduate of the Academy of Arts. In 1934, Yeryomin took part in the city competition on the best children’s drawing. 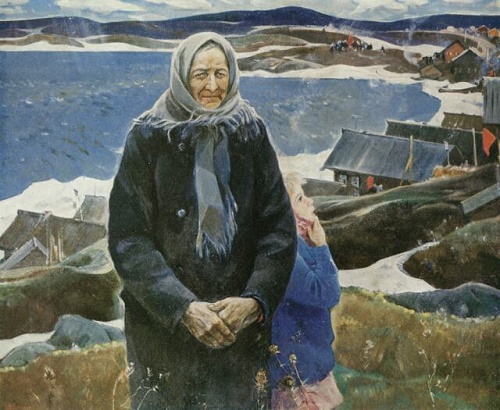 In 1935 Yeryomin entered the Art School at the Russian Academy of Arts. In 1939 he was called to active military service in the Red Army. In the same 1940 for the first time participated in the exhibition of the Transcaucasian Military District artists. He met war at the armored troops on the Western Front. After being wounded in 1942 he fought on the Voronezh Front commander of a tank platoon. In 1943-1944 he fought on the 2nd Ukrainian, Ukrainian 3rd and 4th Ukrainian fronts as a commander of the “IP” heavy tank company. After heavy spring of 1944 was injured and discharged with the rank of disability: Guard lieutenant, commander of a tank company. He was awarded the Order of the Red Banner, Red Star and medals. 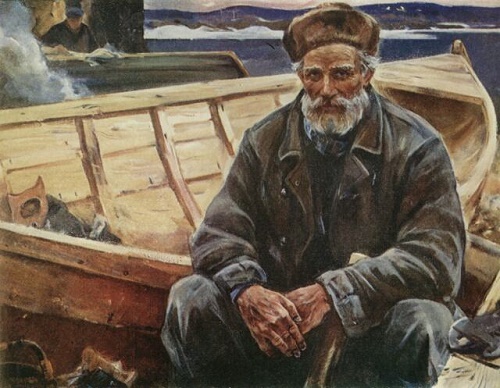 In 1945, Yeryomin entered the painting department of the Leningrad Institute of Painting, Sculpture and Architecture named after Ilya Repin. In 1951 he graduated from the Institute, workshop of BV Ioganson, and his thesis work was historical painting “Lenin in Siberian exile.” After graduation he was sent to the Novosibirsk Union of Artists, where he stayed until 1953. He participated in exhibitions, made a series of paintings for the All-Union Agricultural Exhibition in Moscow. 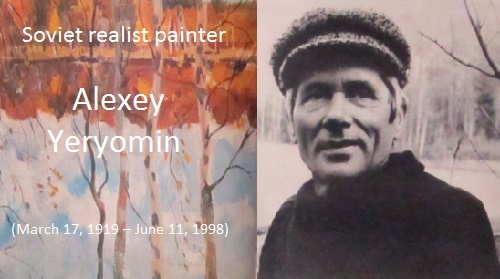 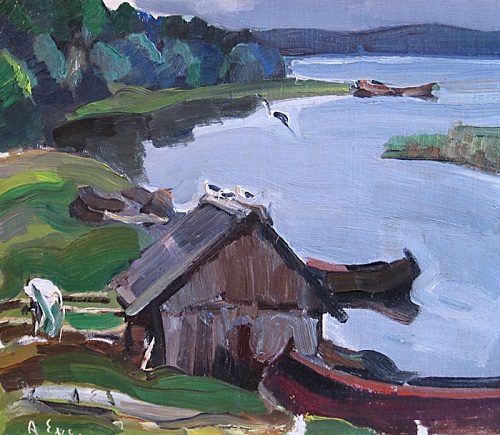 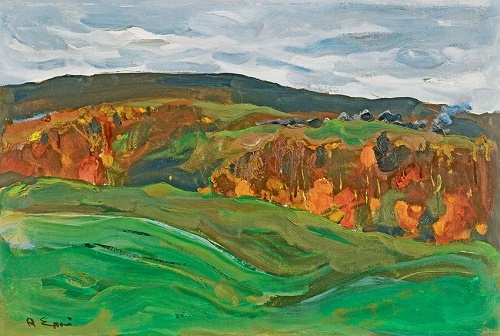 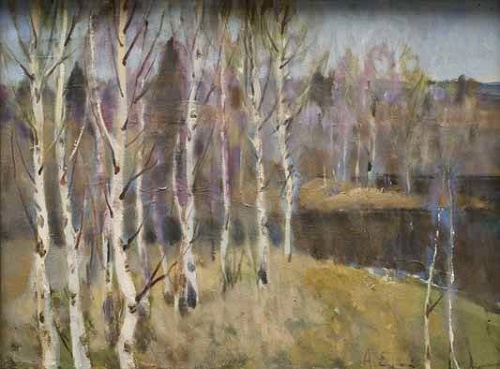 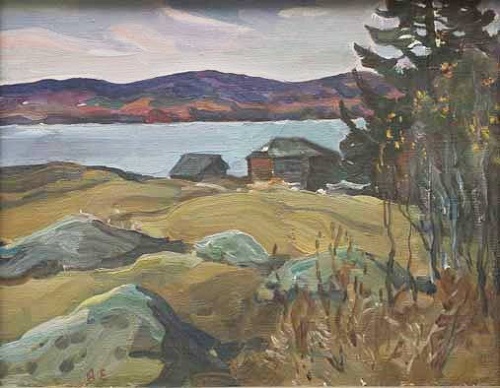 Northern landscape in painting by A. Yeryomin 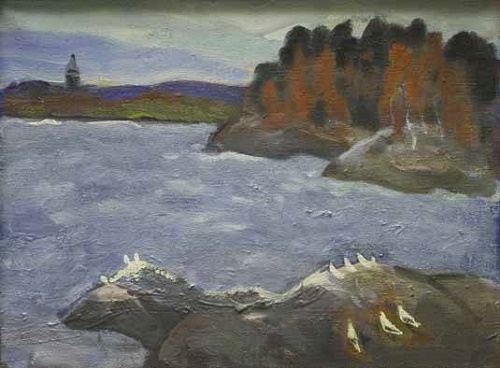 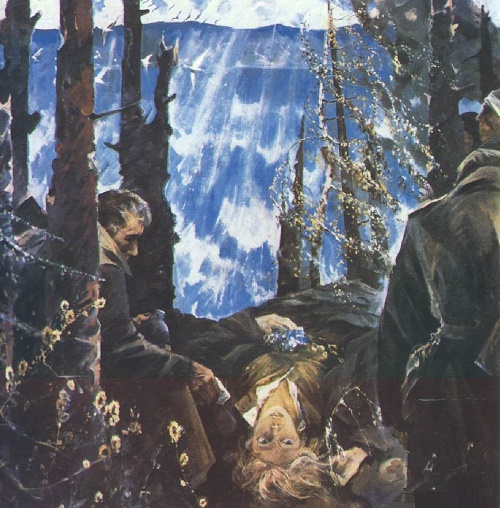 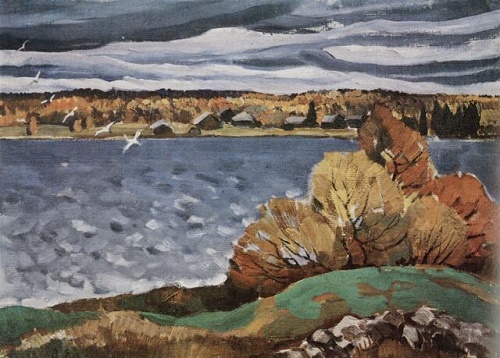 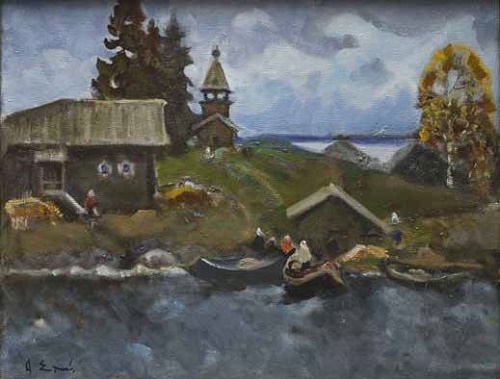 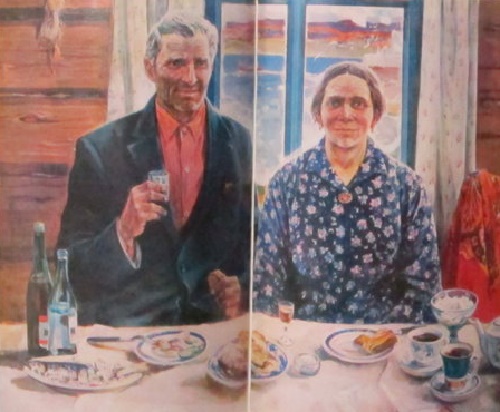 Scan from the album of paintings by A. Yeremin 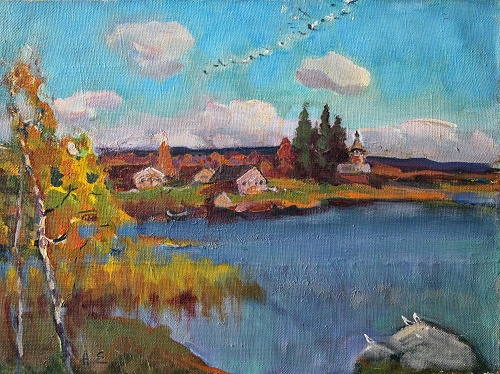