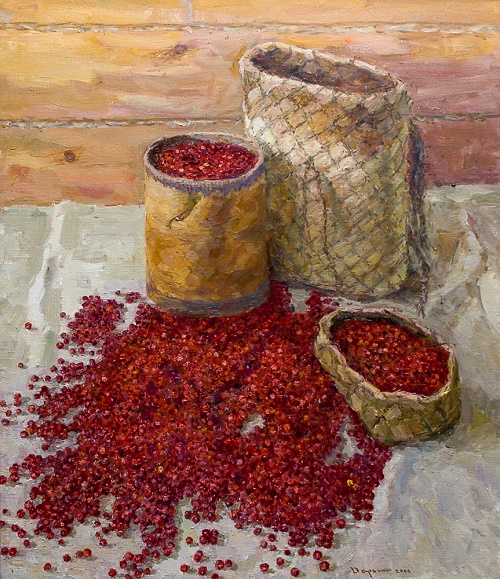 Soviet artist Gennady Daryin (1922 – 2012) – People’s Artist of Russia (2003), a member of the Union of Artists of the USSR (1954), Honored Artist of the RSFSR (1978). Gennady Aleksandrovich Darin was born in the village of Ignatovo, Yaroslavl region. In 1938 he entered the Yaroslavl Art School. From 1941 to 1944 – a veteran of World War II, commander of an engineering platoon, then the engineer of the North-West and the 2nd Baltic front. He was seriously wounded, and after hospitalization expelled to the reserve with the rank of lieutenant. Daryin – Officer of the Order of Merit (with the achievements in the field of art) (1998), Commander of the Order of the Red Star, the Order of the Red Banner, Order of the Patriotic war II degree. In 1951 he graduated from the Leningrad Institute of Painting, Sculpture and Architecture of Repin of Academy of Arts of the USSR, the workshop of People’s Artist of the USSR Professor B.V. Ioganson. 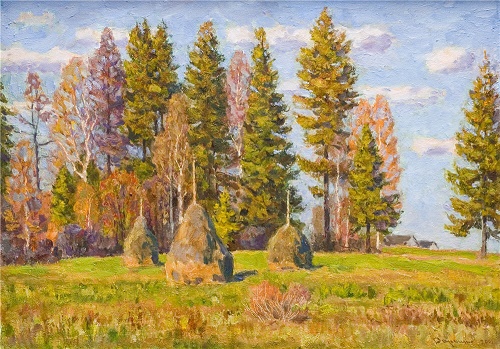 Since graduation from the institute, G. Daryin lived and worked in Yaroslavl, was active in the creative and social activities. He was a participant of regional, zonal (regional), national-Union and foreign exhibitions of fine art. Worked in various genres: thematic painting, portrait, landscape, still life, but the most important place in his works takes landscape painting. In 1959, G. Daryin created a work that has gone into the golden fund of Soviet art – “Spring Morning” (a collection of the Omsk Museum of Fine Arts). This work belongs to one of the best lyrical genre paintings of Russian painting of the second half of the twentieth century. 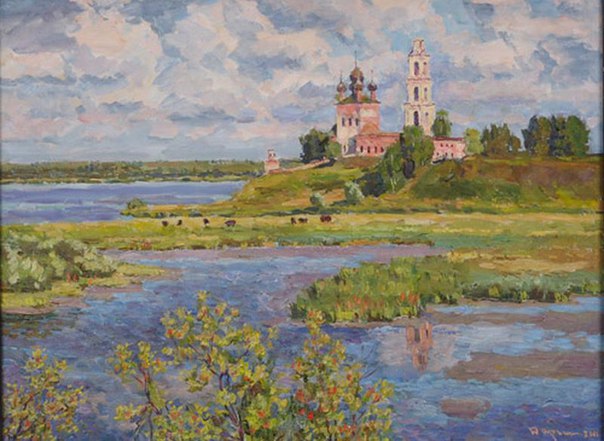 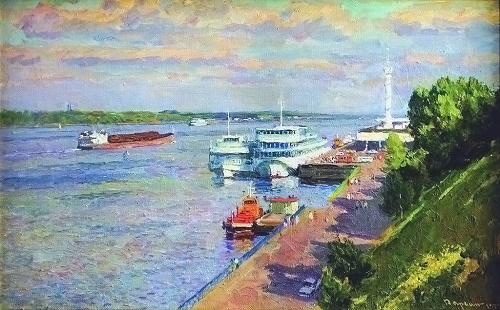 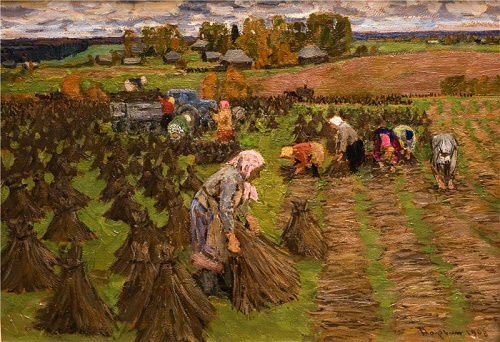 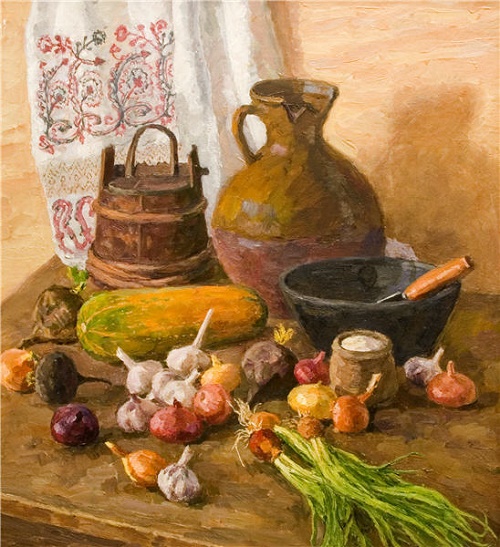 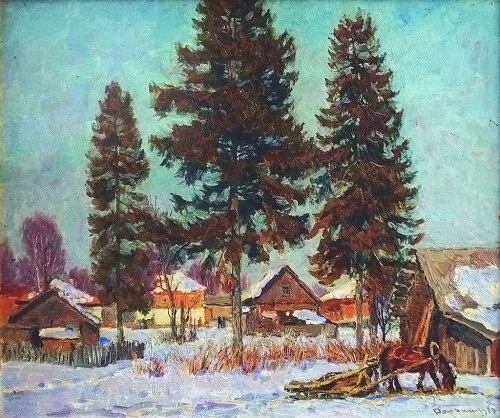 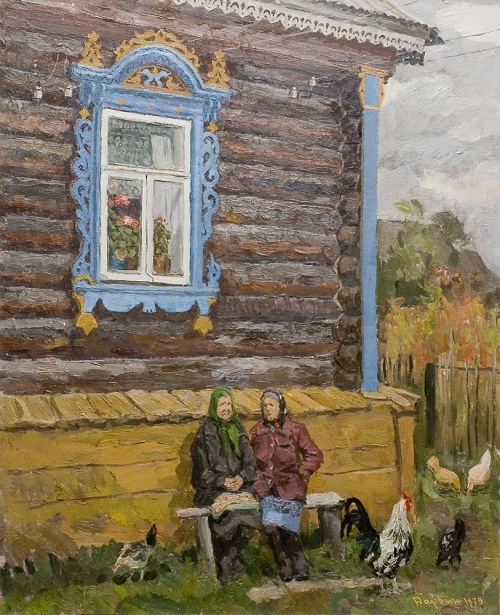 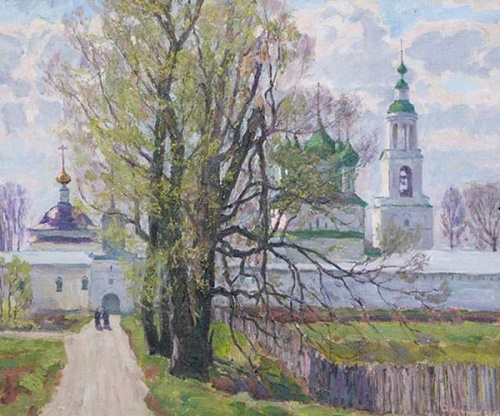 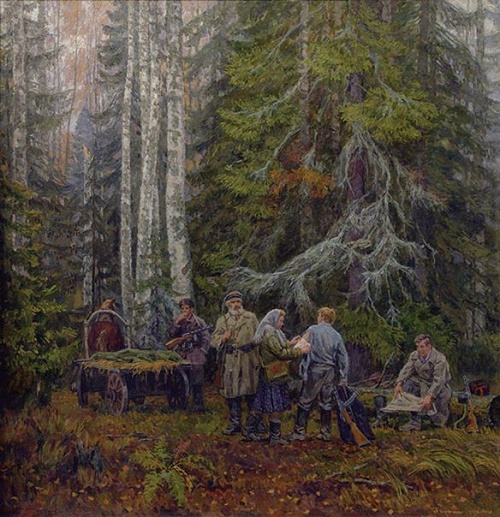 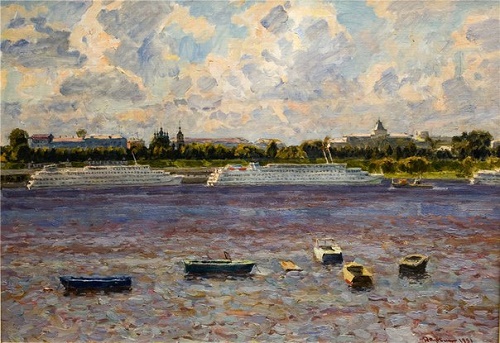 On the railway. Railway Pointer. 1959 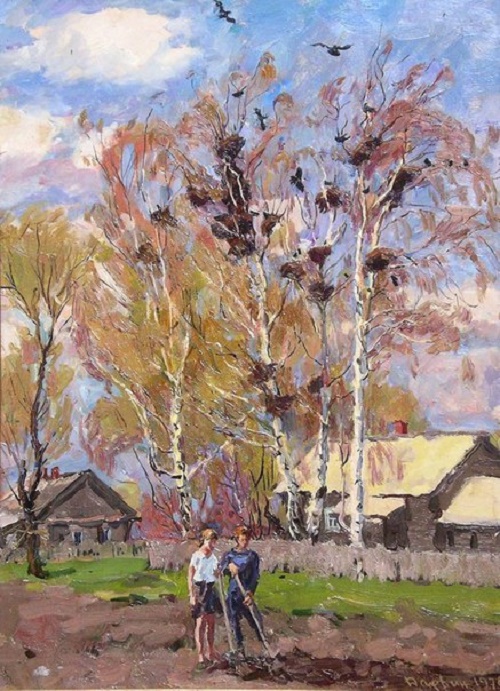 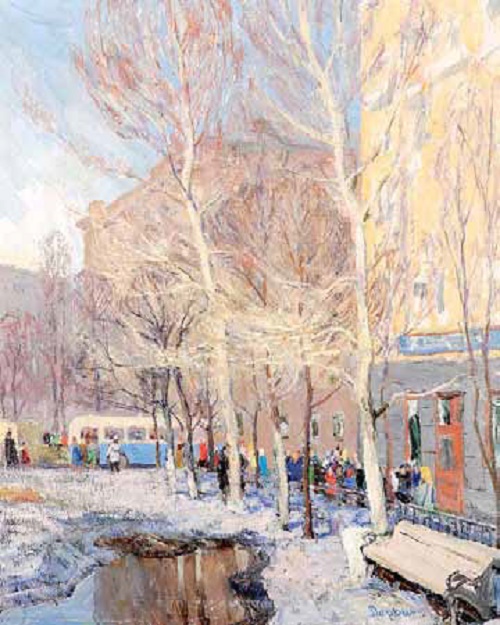 Spring in the city. Oil on cardboard 1960s 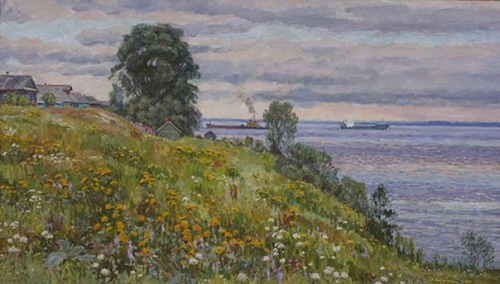 Summer blooming over the Volga