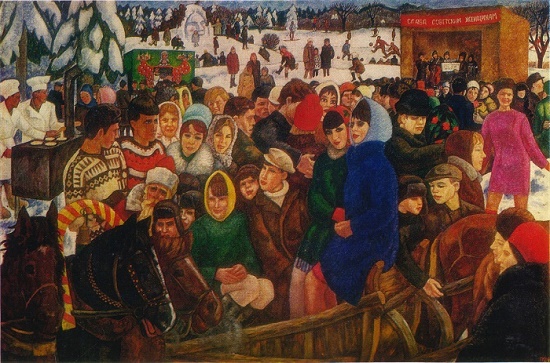 Soviet Russian artist Gennady Myznikov – a member of the USSR Union of Artists (1961). Born in 1933 in a family worker in a small town of Orekhovo-Zuevo, Moscow region. In 1951 he graduated from Leningrad Higher Art and Industrial School named after Mukhina. The author of historical and genre paintings, landscapes, and still lifes. In the work of Myznikov, original reliability and poetic generality, monumental solemnity and the merriment of folk music.
In the permeated with humor and decorative color painting “Russian Winter” (1969) reigns typical for the artist’s atmosphere of joy and celebration. All of it – like a cheerful mosaic, recruited from individual, acute seized couplings. Here everything is very reliable and at the same time sharpened in its character. Solemn beauties in bright clothes perceived as participants of the fair carnival. 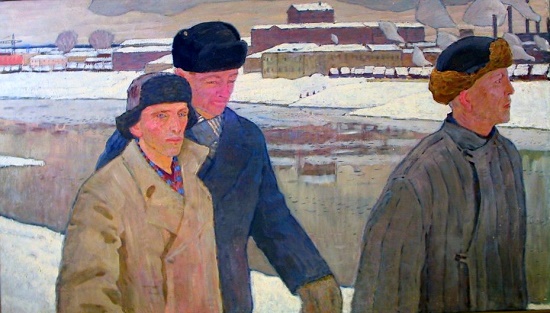 Meanwhile, Gennady Myznikov is one of the brightest representatives of the generation of “sixties”. By the will of fate and time, he had to start his own creative career on the wave of opposition between official and unofficial art.
The working province is one of the main and closest subjects to the artist in painting. The artist’s career developed rapidly and successfully. In 1958, his work “Children on the Zavalinka” was successfully exhibited at the All-Union Exhibition, dedicated to the 40th anniversary of the Komsomol.

The work “My Town” from the collection of the Astrakhan Picture Gallery refers to the early period of the artist’s work, when he returned to Orekhovo-Zuevo after graduation. The life of a small working town gave him rich material for creativity. In the center of the attention of Myznikov is a person of the modern historical epoch, a simple worker who is building his own bright future. The picture is distinguished by a laconic and understandable pictorial language, typification of faces of characters, whose large figures are almost closely moved to the viewer. In the style of work there is a certain influence of Boris Kustodiev’s painting and Russian popular art. 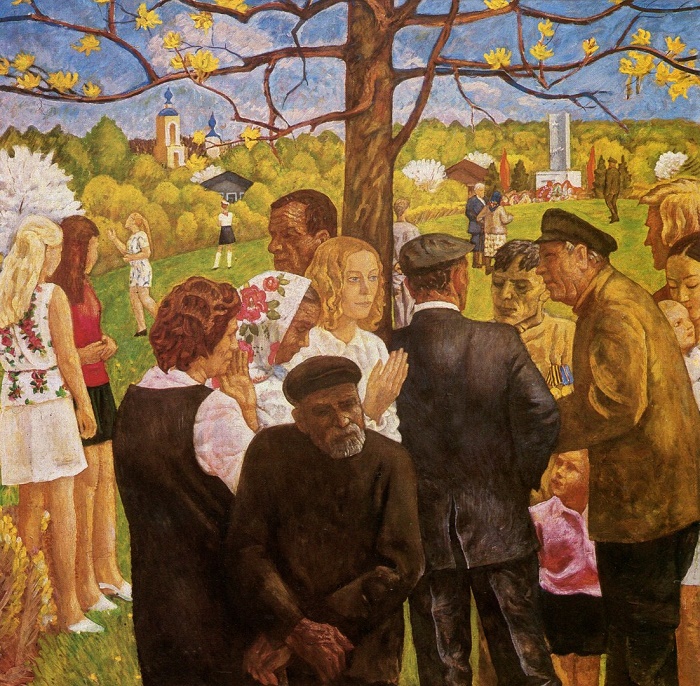 Today the works of Gennady Sergeevich Myznikov are in the State Tretyakov Gallery, the Russian Academy of Arts, the State Museum and Exhibition Center “ROSIZO” and in other major Russian museums and private collections. 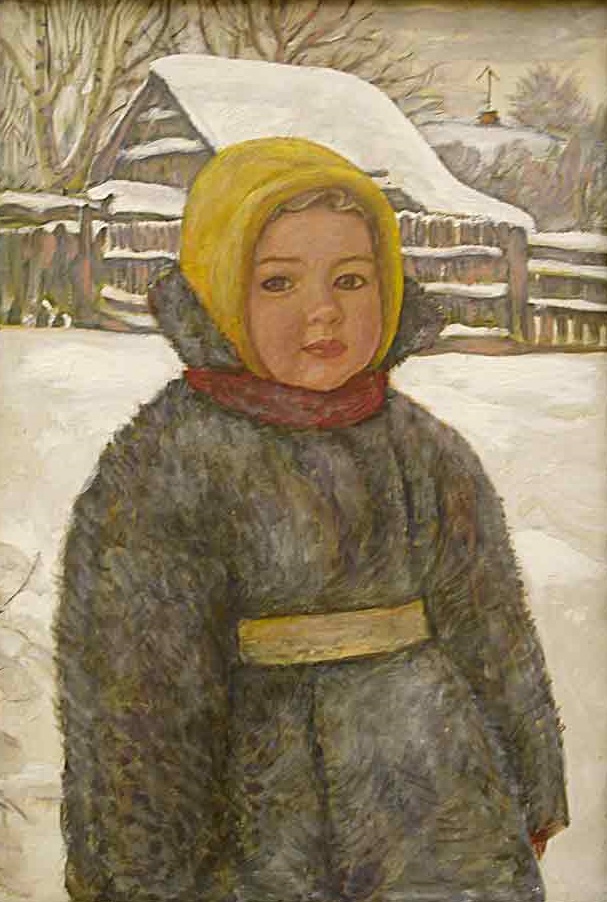 A little girl in winter, portrait 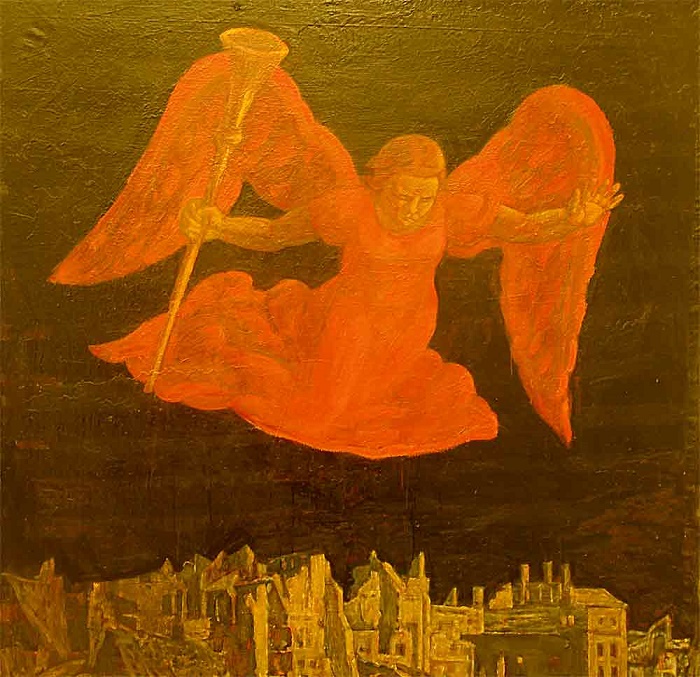 Angel over the city 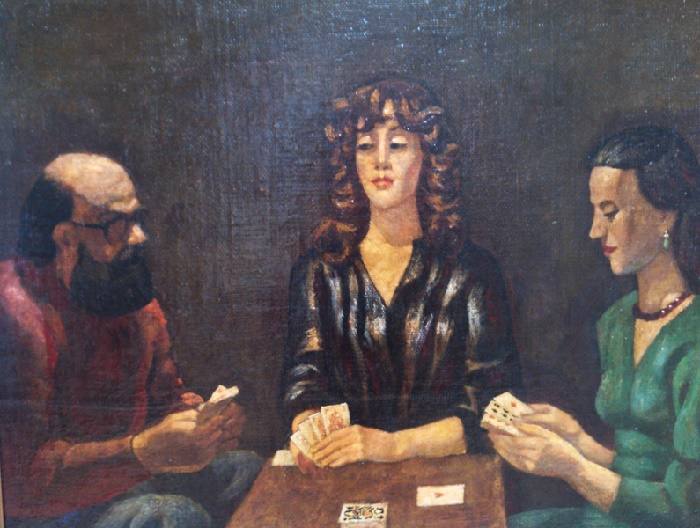 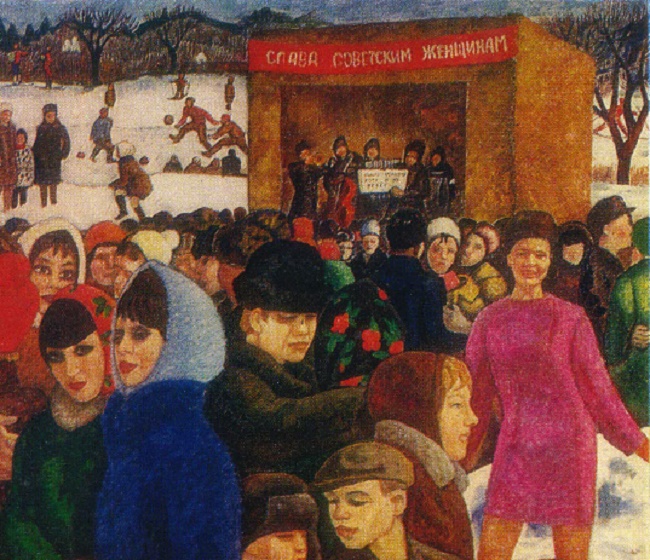 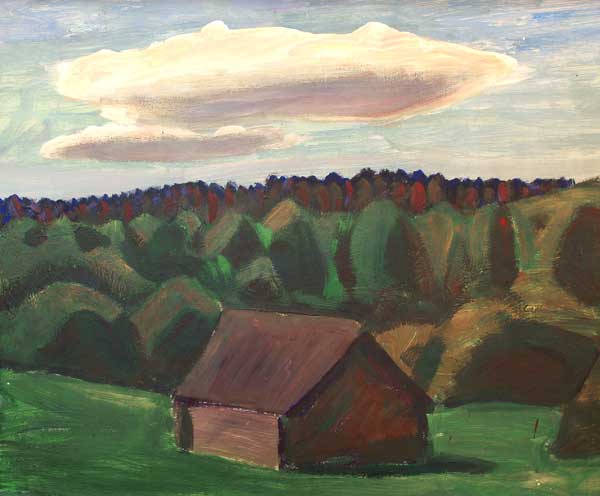 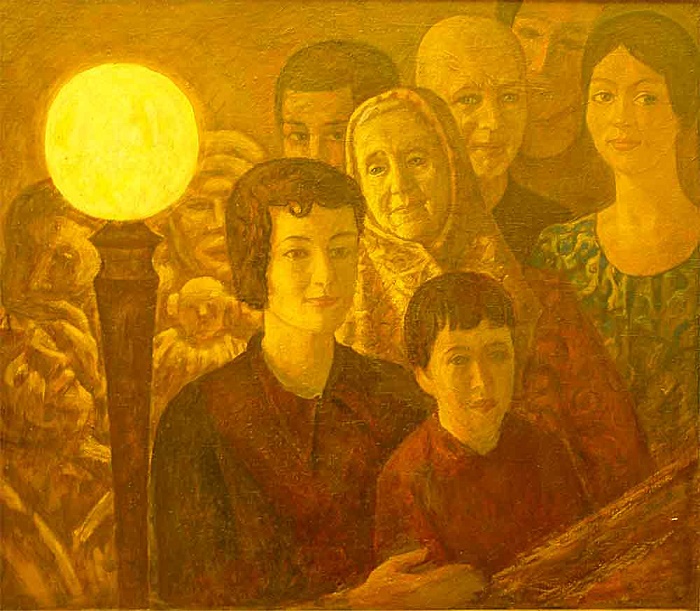 Evening. Group portrait of people at the lamp 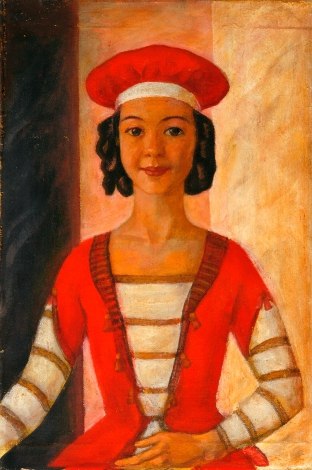 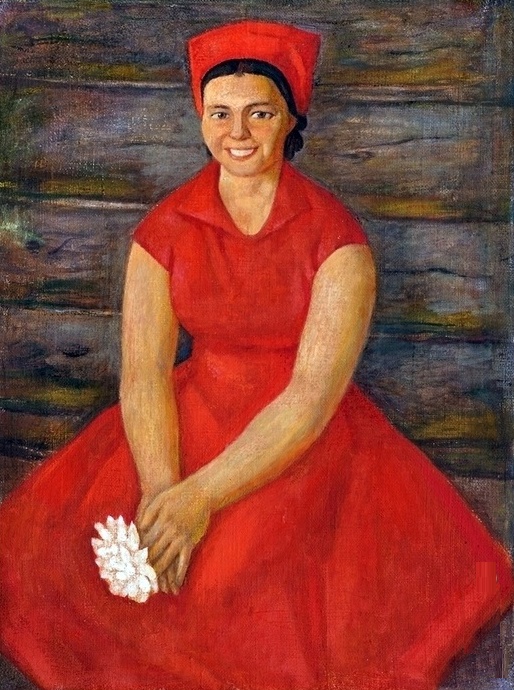 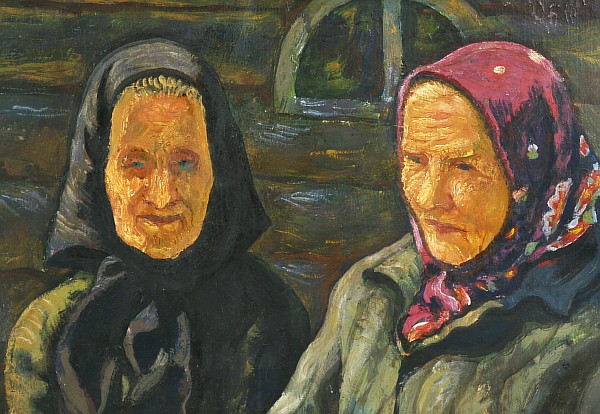 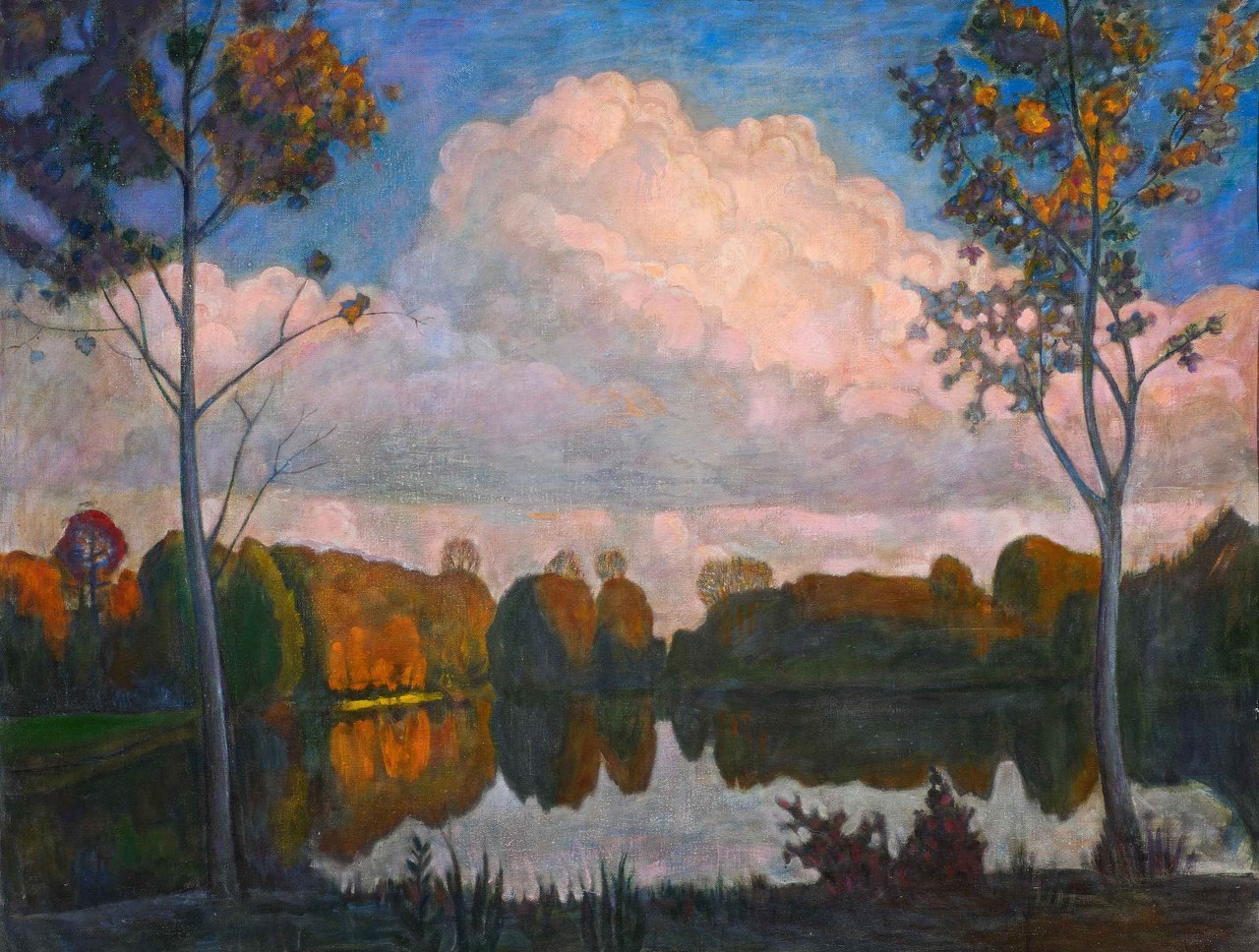 Landscape with a cloud 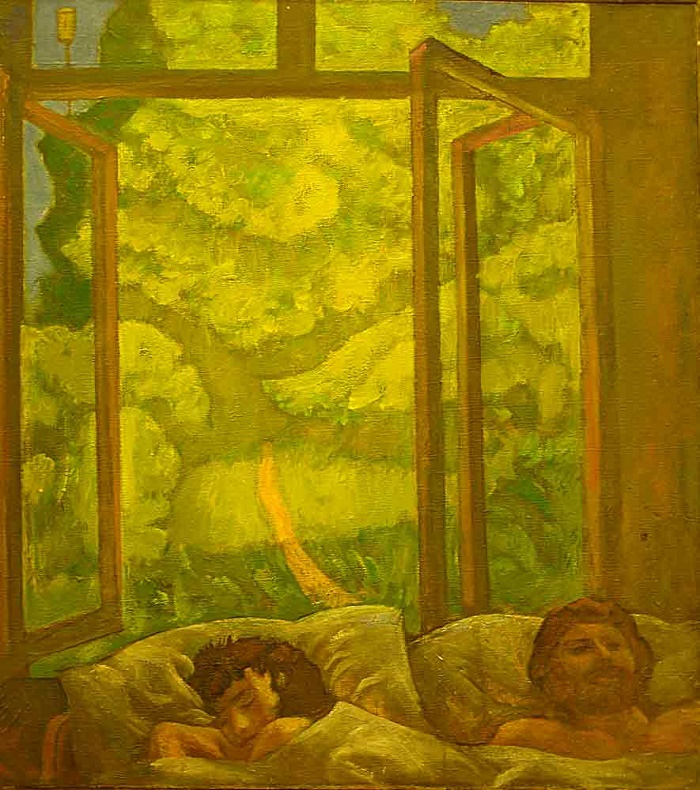 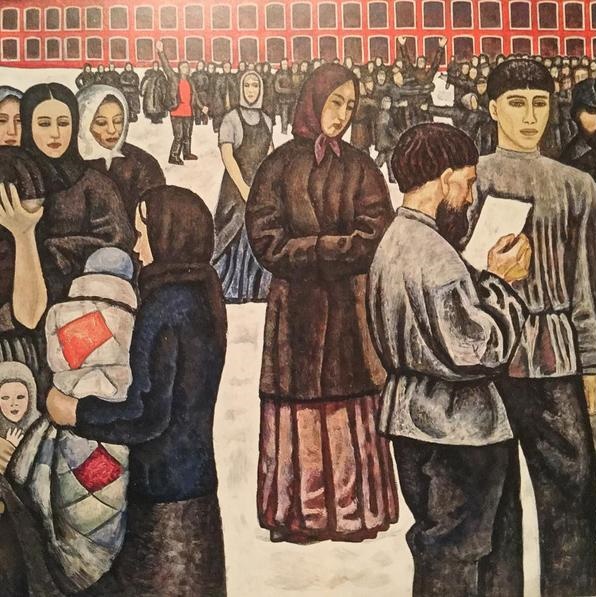 People in the city 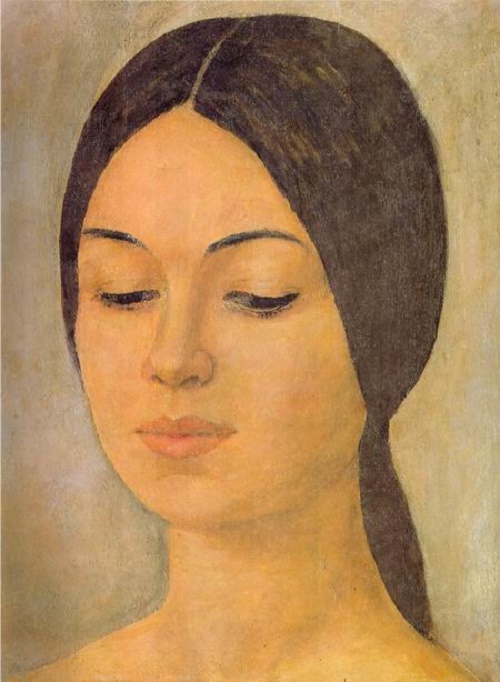 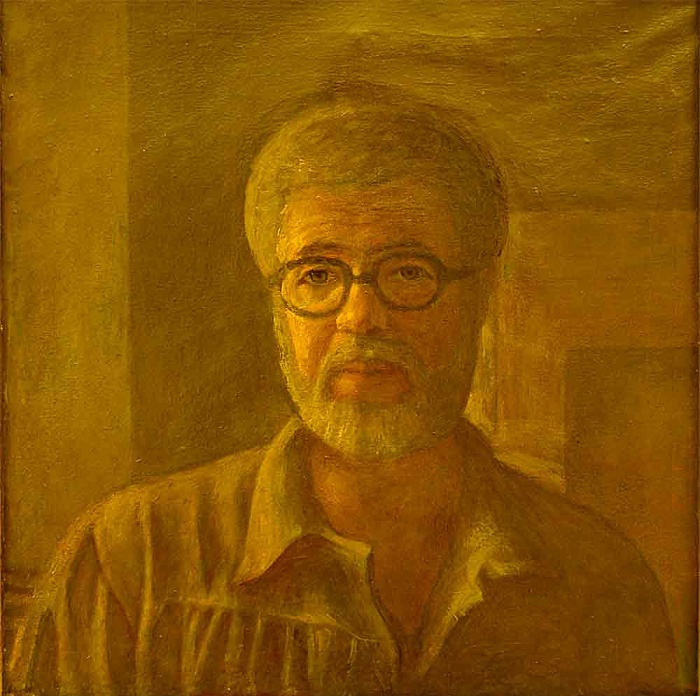 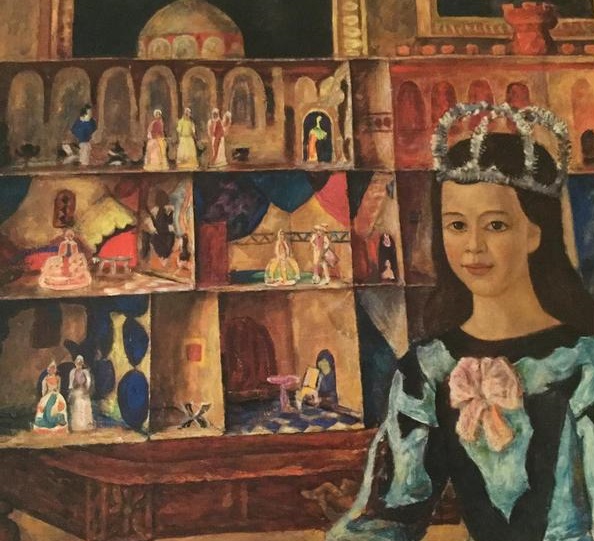 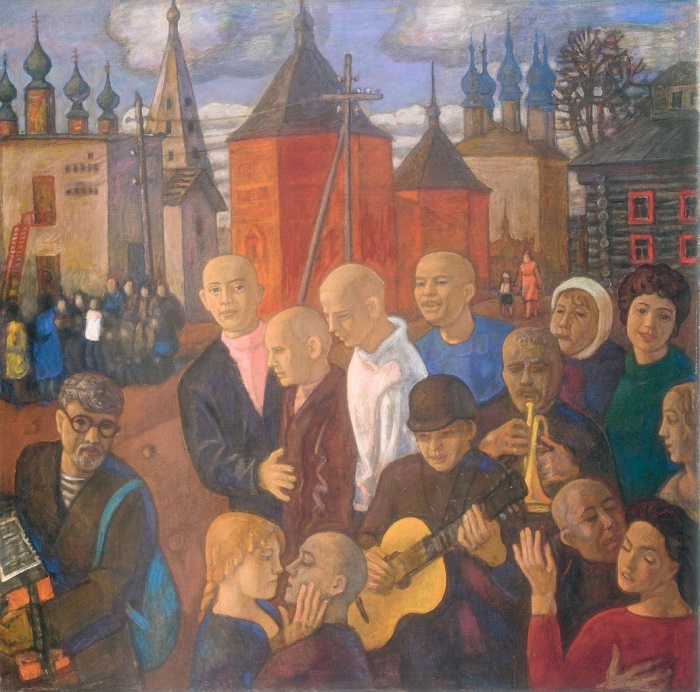 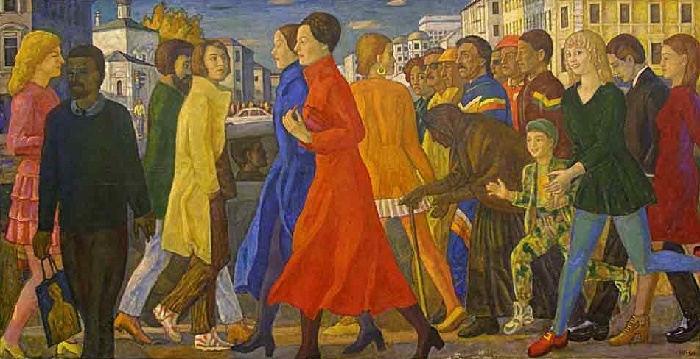 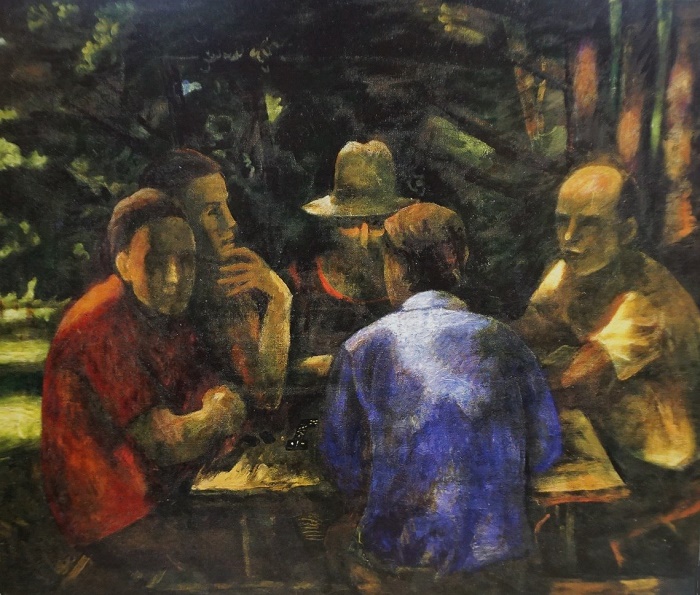 In the working afternoon. 1988