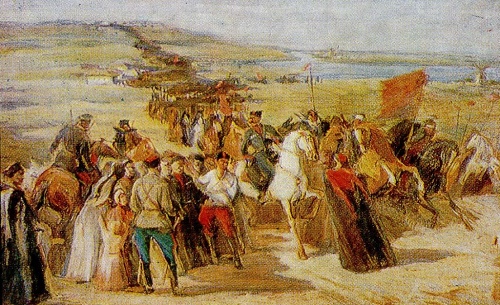 The works of students of the Leningrad Secondary Art School. Alexey Eryomin. The squad to Budyonny. Oil. 1938

Leningrad Secondary Art School (now St. Petersburg State Academic Art Lyceum of BV Ioganson of the Russian Academy of Arts) was the first in the USSR specialized secondary art school for gifted children. Creation of the first in the country’s secondary art school was a clear indication of the party cares about the future of the Soviet culture. This school was needed then (and today too) to provide a strong realist traditions in Soviet art. To change a decent education – those who will carry on in their creations memory of the people. Each graduated from Leningrad Art School carries the torch of high traditions of national art coming from the ancient times, from the beginning of the Russian Academy. Look at the pictures of school pupils. What distinguishes them? First of all, the depth of feelings, understanding of life, professional skills. After all, they are made by teenagers undoubtedly talented, but many have proven this throughout their further creative life. 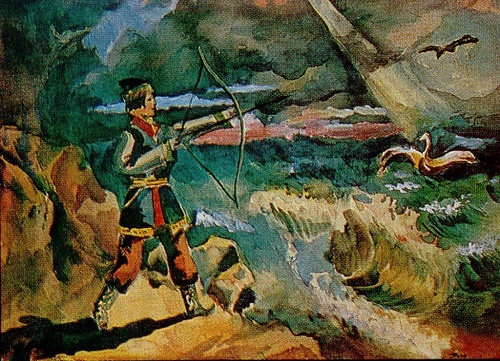 The works of students of the Leningrad Secondary Art School. Anatoly Levitin. The composition on the theme of fairy tales of Pushkin. Watercolor. 1936

School – the most important stage in human life. It is in this form the beginning of the spiritual, civic skills and knowledge, which can then serve for many years to man and society. 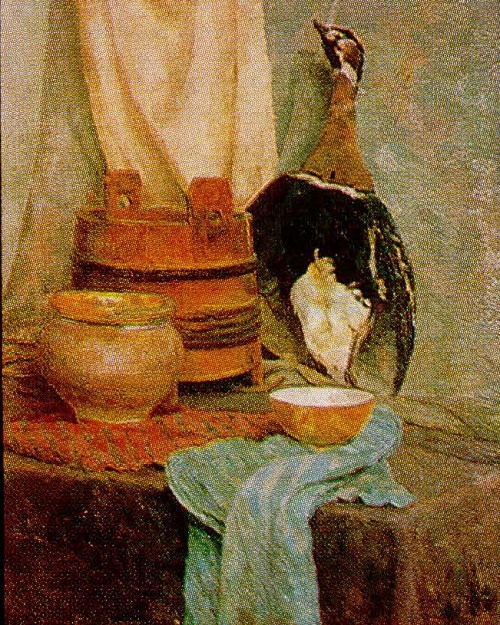 At the beginning of 1934 in Leningrad for the first time in the Soviet Union was held children’s art exhibition. The boys showed their achievements in all the arts. Inside the House of artistic education of children (the former mansion of Apraksin at Sergiyevskaya) was opened an exhibition of drawings and watercolors of Leningrad school. Children’s work impressed Leningrad communist party leader Sergei Kirov. He offered to collect talented guys and make for the young talents School, which was opened March 1, 1934 in the building of the Russian Academy of Arts. 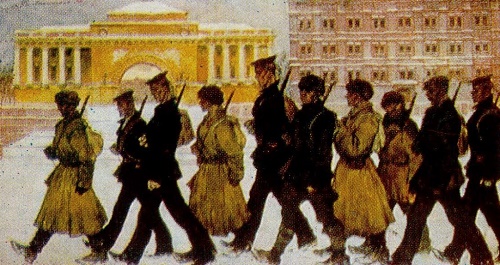 The works of students of the Leningrad art school. Pyotr Pinkisevich. To the front. Watercolor. 1941-1942

Initially, the school was evening, and there were classes only on special subjects: painting, drawing, sculpting. More concern about the school showed the former in those years, the director of the Academy of Arts prominent Soviet artist I. Brodsky. He was a frequent visitor at entrance exams, certainly he took part in the training rounds, literally delved into everything.

Among students recruited both from Leningrad, and from across the USSR – from Almaty, Baku, Yerevan, Murmansk, Omsk (some were even street children), there were many people in need. The school teachers created a petition for a scholarship. But then the country had to cope with the devastation, not enough money, and to achieve a positive result in the Commissariat of Education was a difficult task. Nadezhda Krupskaya helped them. She saw the exhibition, sincerely questioned about the children. She was interested in everything. Where children were from, their social origin, and etc. And most importantly – who will teach them? Nadezhda insisted – it is necessary our best artists and teachers to teach children the art. She promised to cooperate fully and over the allocation of scholarships. Indeed, they soon received money.

In October 1936, the school opened general education classes – from the fifth to the tenth and special – from first to sixth. Seventh special class – preparation for the entering the Russian Academy of Arts. The school was a boarding school, in the walls of which lived children from all Soviet republics.

The first school graduation took place in 1939. Most of the students enrolled in the All-Russian Academy of Arts. Subsequently, many of them formed the core faculty of the Leningrad Institute of Painting, Sculpture and Architecture named after Ilya Repin, became the pride of Soviet art.

Every year, the number of school students has grown. In 1971, it moved to a new building, built on the street of Vasilyevsky Island. In 1973 the school was named after BV Johanson. About schools and teachers are judged primarily by their disciples, and awards. About Leningrad Secondary Art School graduates say their work: in the awards and diplomas, in a review of visitors of children’s art exhibitions in the Soviet Union and abroad – a recognition of school merits.

The works of students of the Leningrad Secondary Art School 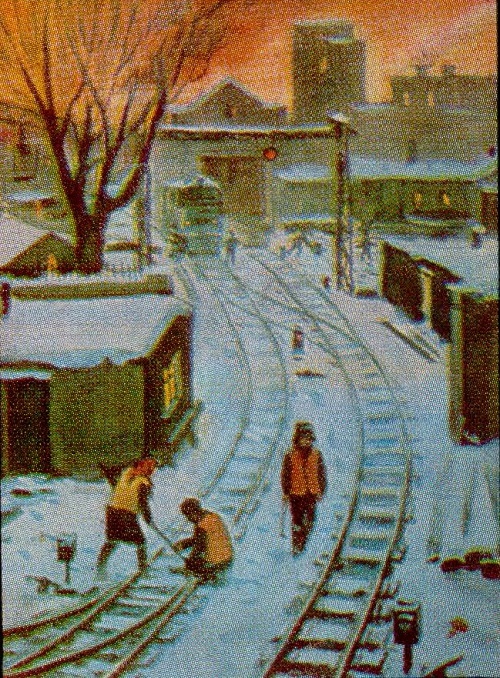 The works of students of the Leningrad art school. Yuri Bulgarin. Repairers. Watercolor. 1983 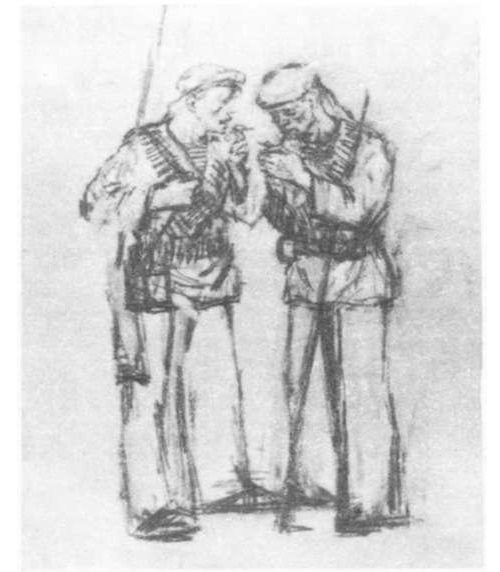 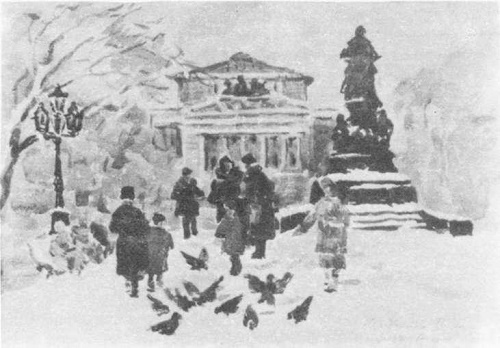 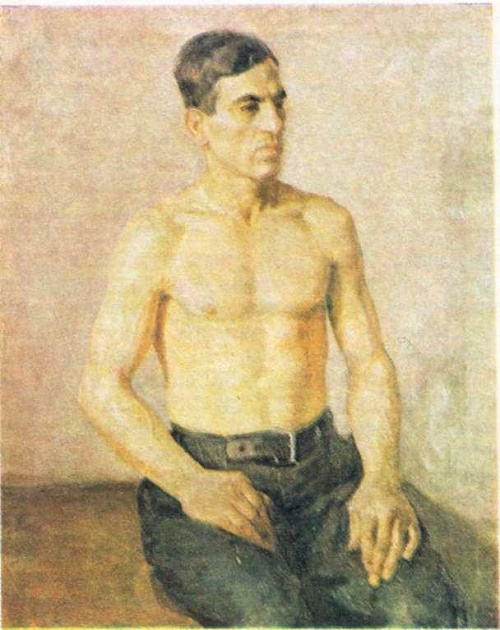 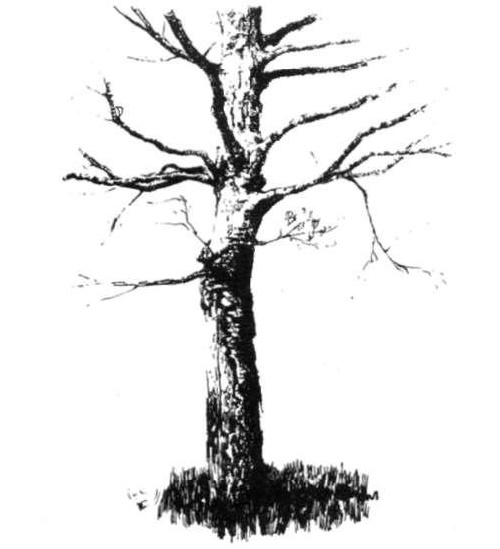 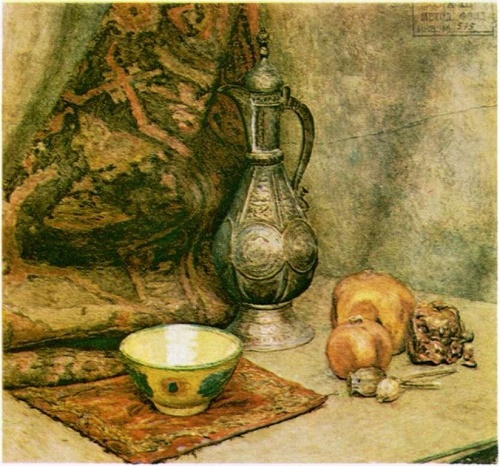 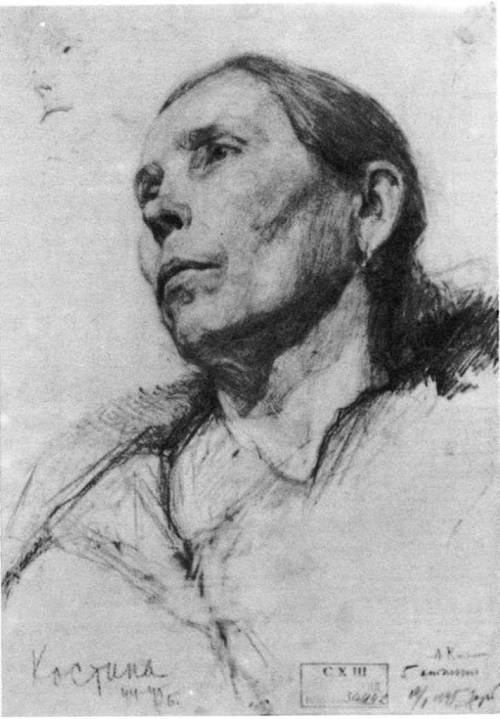 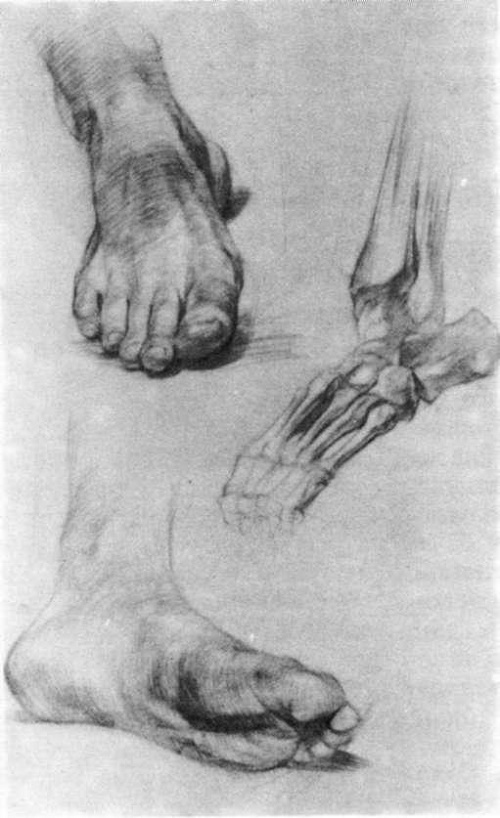 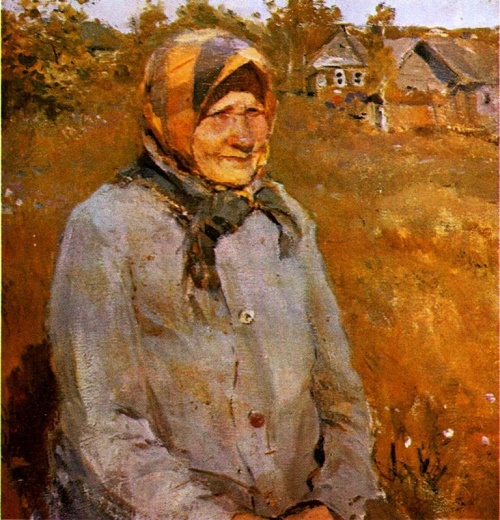 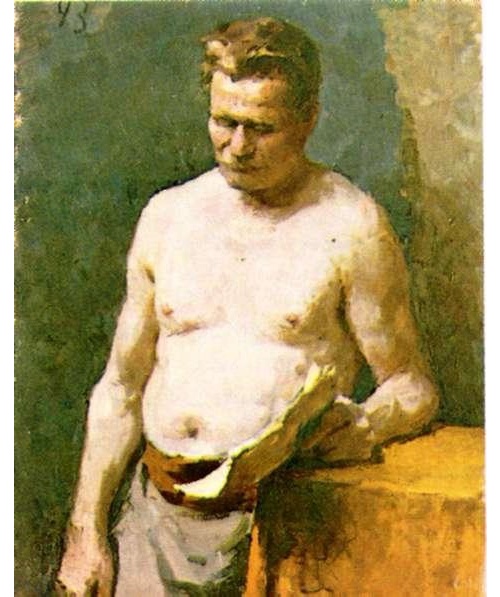 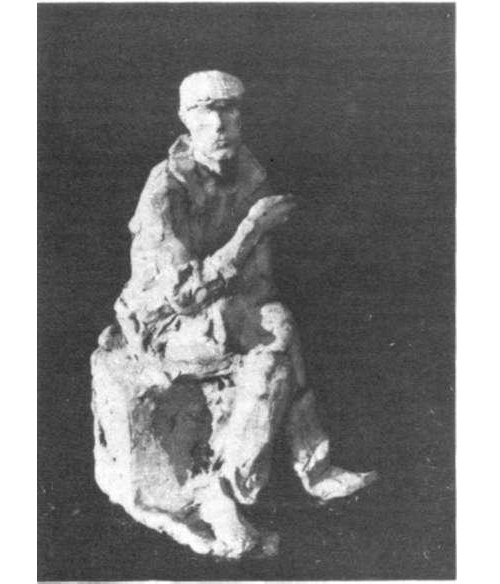 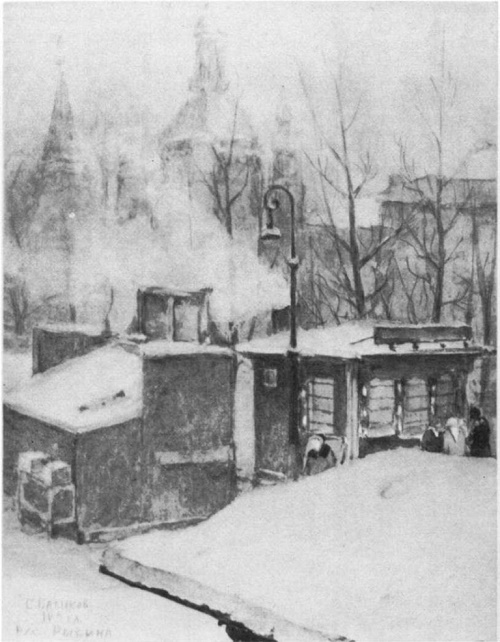 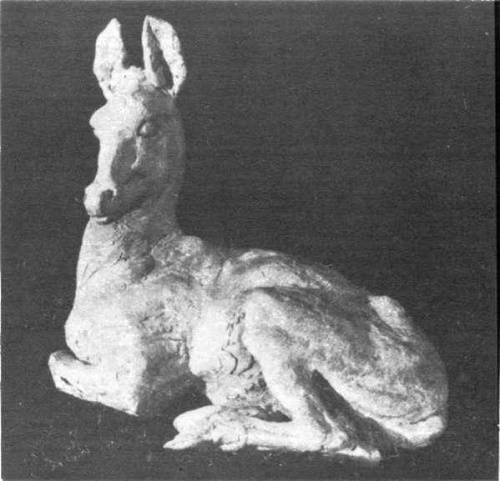 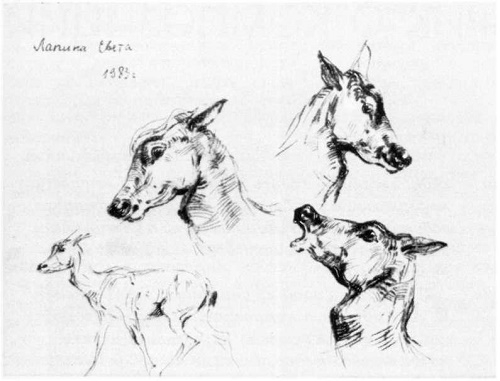 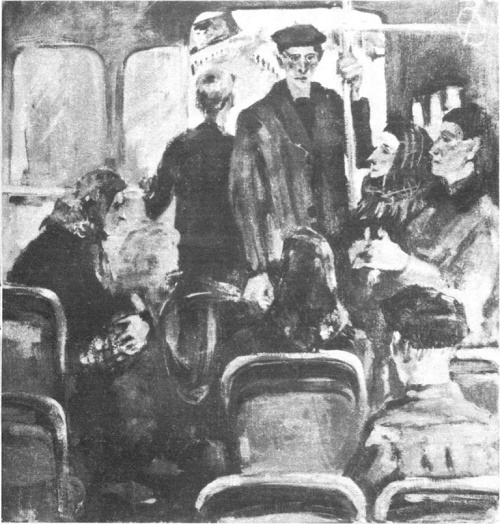 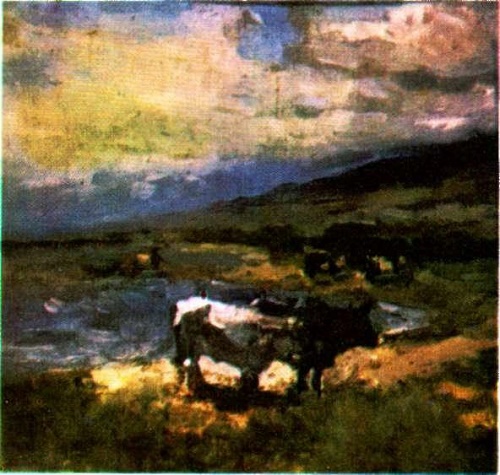 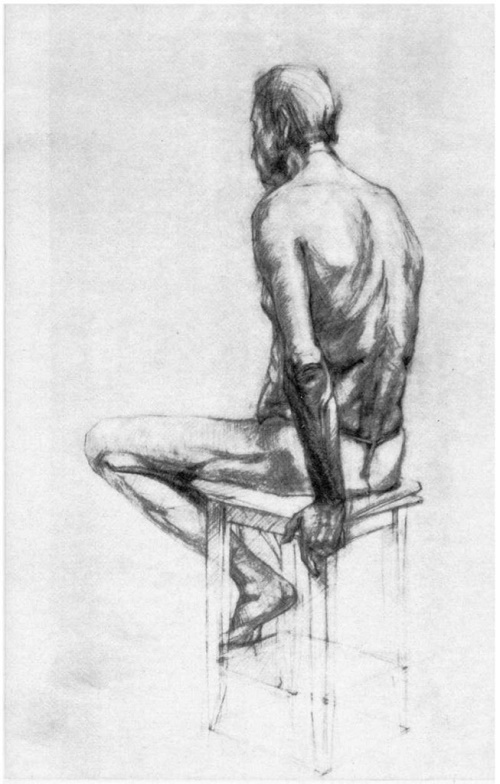 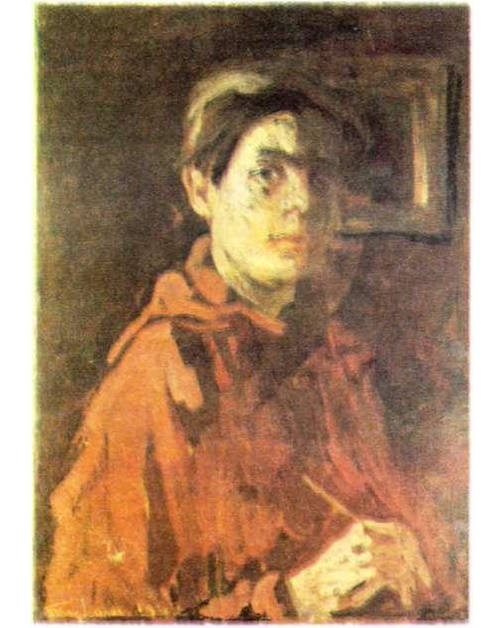