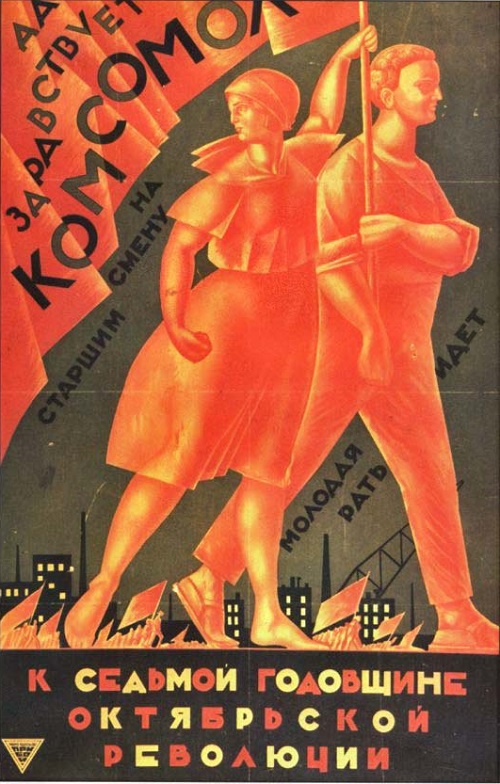 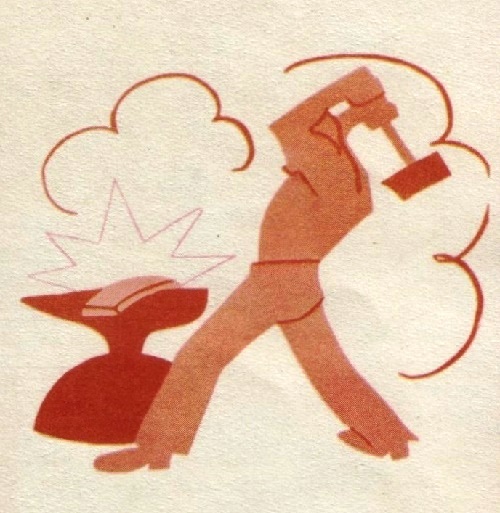 In the autumn of 1919, in an environment of economic ruin, lack of ink and printing presses appeared performed manually or stenciled “Windows of satire of the Russian Telegraph Agency” (Okna ROSTA).” Instant response to events and carrying a huge propaganda charge, “ROSTA” were a formidable weapon, smashing aptly external and internal enemies and idlers. They disgraced, agitated, called to the front to fight against the Entente, Wrangel and Kolchak, against the ruin, disease and hunger. 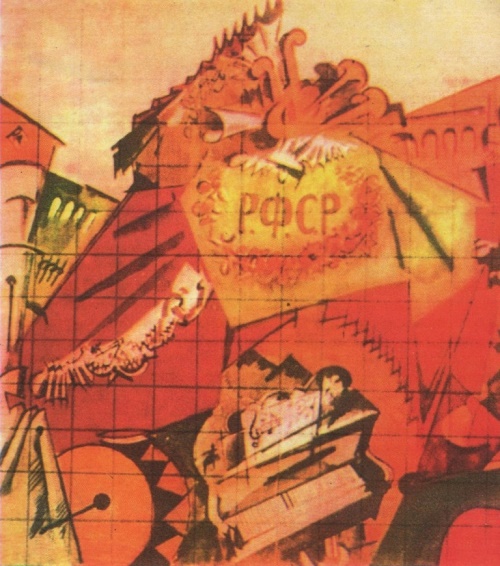 A. Kuprin. Art. Sketch of mural of decoration for the theater of Nezlobin (now the Central Children’s Theatre)

But today, the work is not overshadowed by them and working for the future. They dreamed of a lot, and now, perhaps, it does not matter how utopian had been these dreams. It is important that artists, architects and poets sought to turn art into a powerful tool for the reconstruction of society. 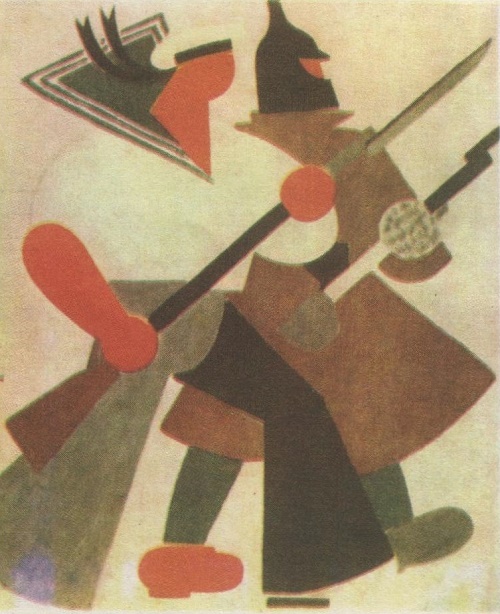 The hero of the revolutionary art became a mass, like participating in a grand restructuring of the old world. Art as it summed up in itself the thought of every individual and society as a whole. Now the work is not an ornament of life, and becomes one of the most natural of its manifestations, organic part of life. Only through union with the team, by overcoming individualism lay the path to genuine, great art. 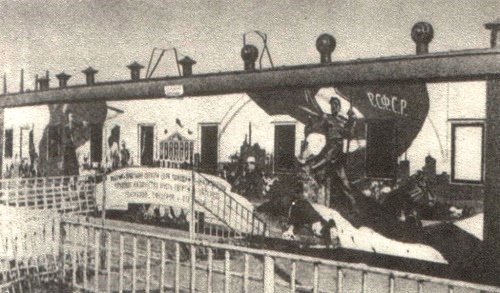 Expressive “telegraph” form of “Windows of ROSTA”, their clear, memorable picture, compositional logic, verses similar to couplets, achieved instant clarity of images and ideas. “Windows of ROSTA” is a fantastic thing, wrote their tireless author Vladimir Mayakovsky. – A small team of talented artists served to the 150-million people. It is telegraph news, instantly converted into a poster, decrees converted into folk couplets. It is not only the absence of paper, it is frantic pace of the revolution, for which could not keep up printing technique. This new form introduced directly by life … It is posters that the Red Army warriors looked at before the going into the attack … ” 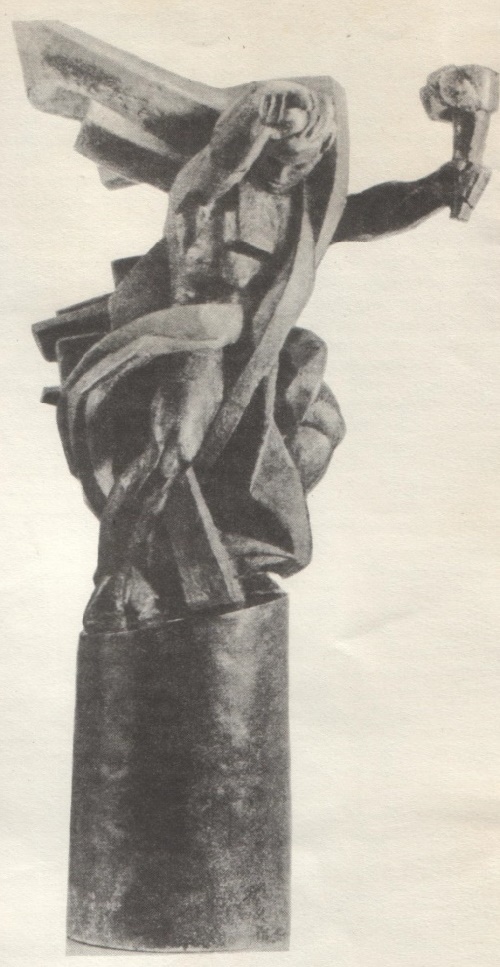 Vera Mukhina. The flames of revolution. The project of the monument to Sverdlov. Bronze. 1922-1923

Cities thrive slogans, posters, banners. Organizes exhibitions, discussion sites, rallies at their opening, arranged public lectures, there are fierce debates about the fate of culture.
Lenin, clearly marking the artist’s role in the revolutionary process, has proved that the path to the revival and flourishing of artistic creativity in bringing the life and struggle of the people, to transform the world. Artists October epoch is perfectly aware. It was in the midst of the masses sought young, like his creator, art young Soviet Republic. 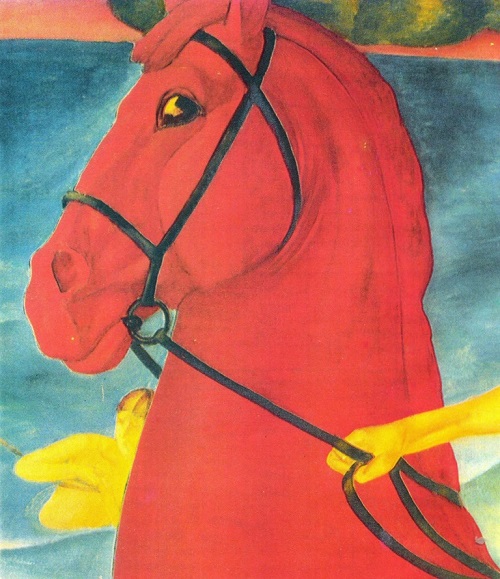 By changing the social life, October and changed earlier views on the purpose and objectives of art, which took an active part in the alteration of life, the struggle for the communist culture, a new way of life, a new man. Artists are the most important “tool” being. They went to the factories and mills, designed household items and clothing, made drawings for fabrics, worked, looking for his place in the “storm and thunder.” Each with the greatest impact and the benefit sought to express the feeling of the era, carried the inexhaustible energy.

Therefore, the art of the October epoch – is not only a daily search for creative artists, architects and poets, but also the clot time, genuine art paper with a deep aesthetic content. Any monument, poster, sketch or design sketch – the actual material of the fighting, the fiery years, a small but precious particle which incorporates history. 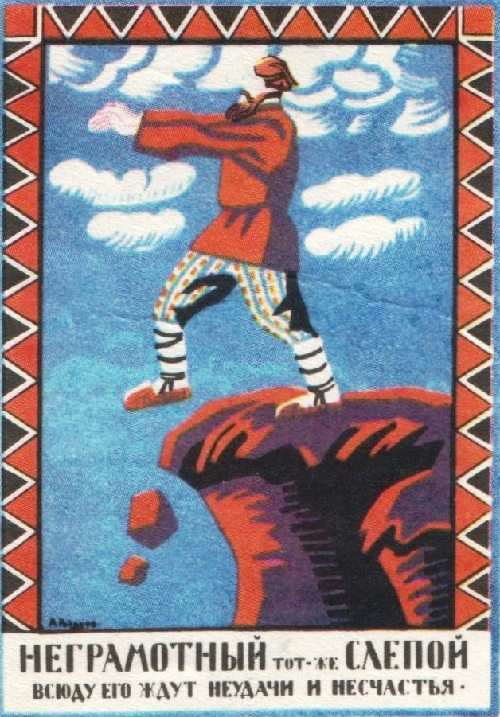 A. Radakov. Illiterate is the same as blind. Poster. 1920 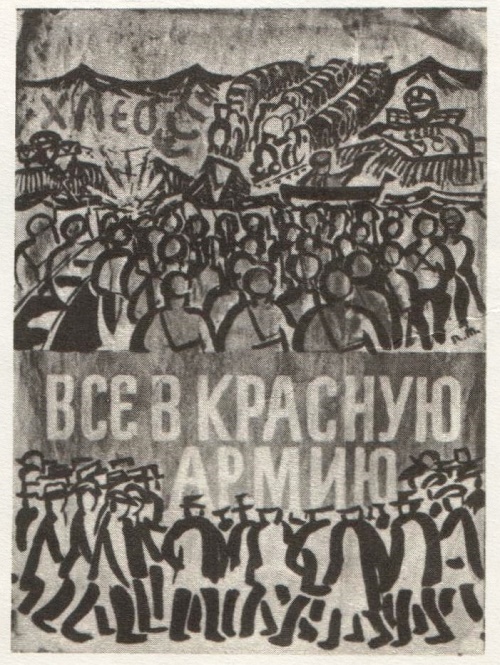 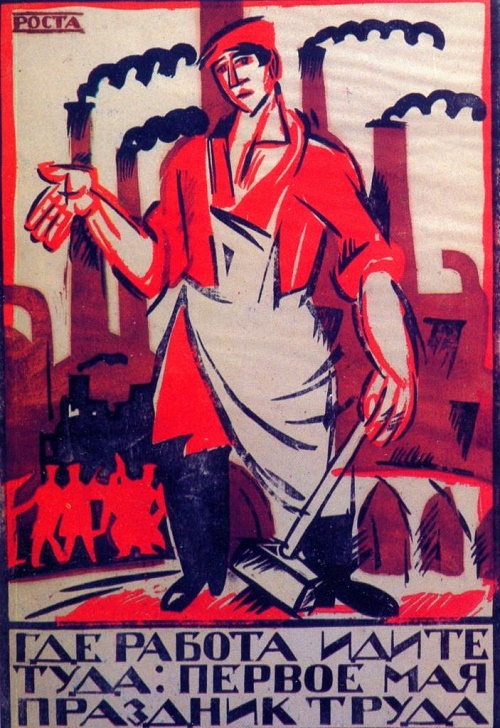 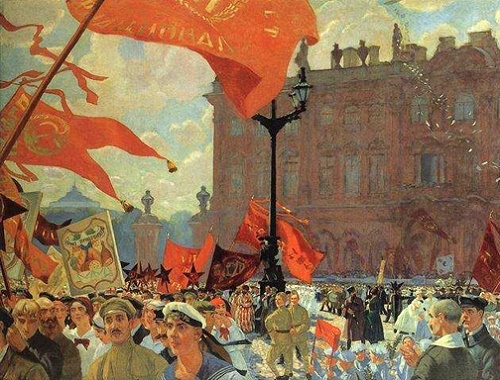 Boris Kustodiev. Celebration in honor of the 2 nd Congress of the Comintern in Uritsky square. Fragment. (1921, Russian Museum) 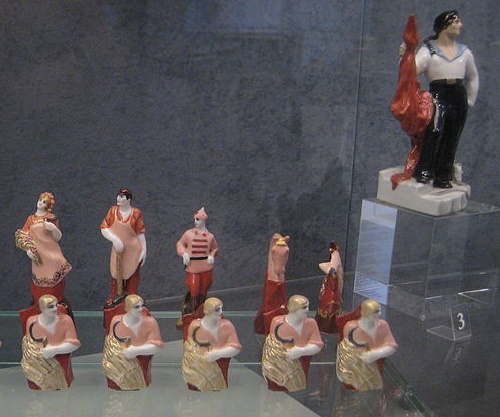 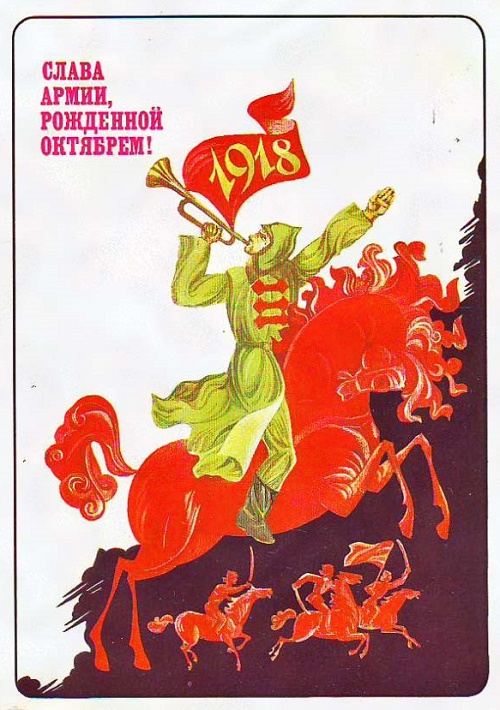 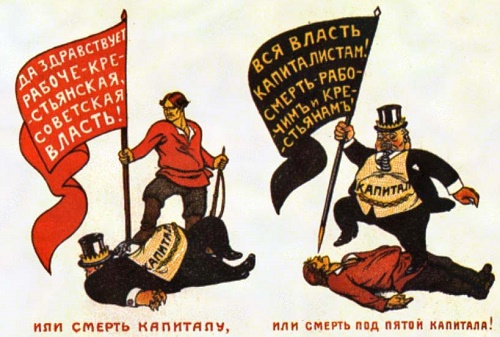 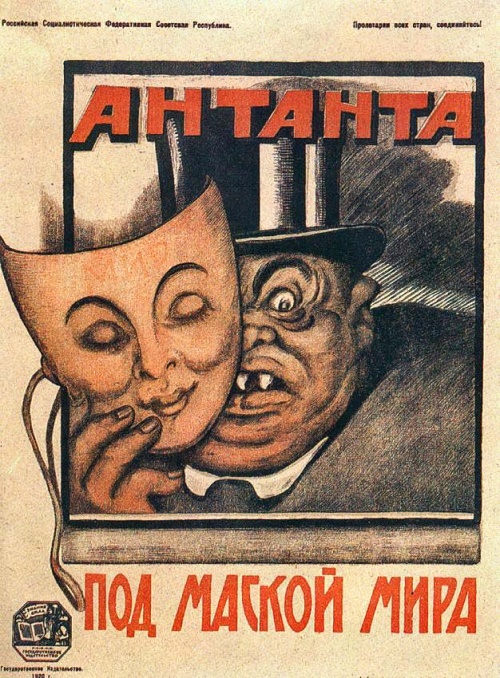 The Entente under the mask of peace 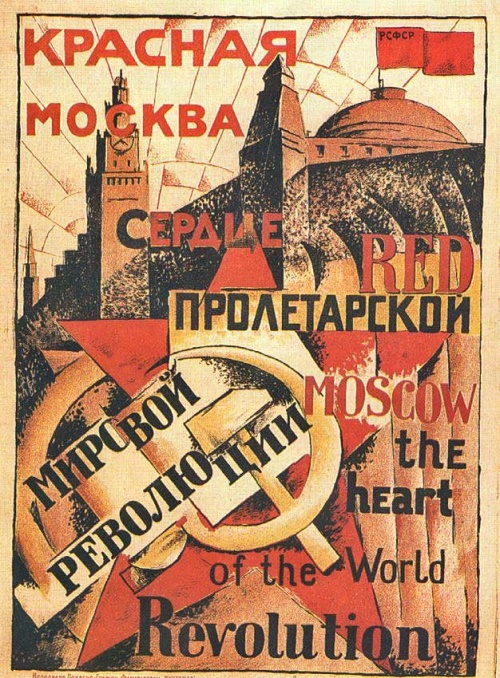 Moscow is the heart of proletarian revolution. 1920s