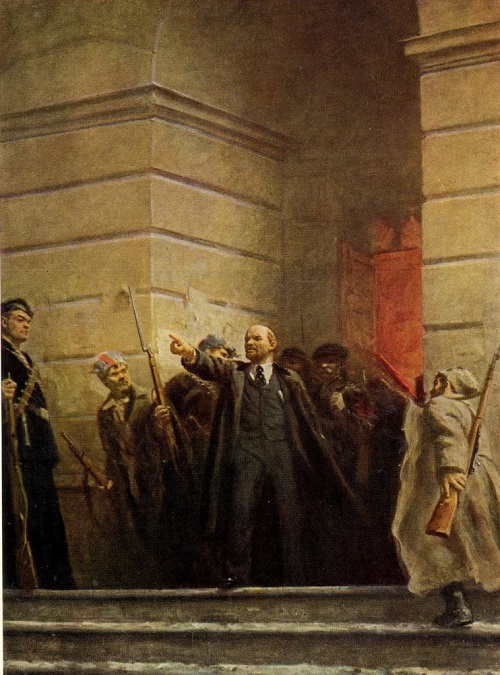 Soviet painter Victor Tsyplakov
Corresponding Member of the USSR Academy of Arts (1967), Tsyplakov was People’s Artist of the RSFSR (1975), and twice winner of the Stalin Prize of the second degree (1950). The award, in particular, for his painting “The advanced people of Moscow in Kremlin” (collective work with other prominent Soviet artists). Also, for a series of other paintings. Popularity came to Tsyplakov for his works “Gorky on the Volga” (1945), “V. Lenin” (1947), and “The interrogation of Zoya Kosmodemyanskaya” (1945). Noteworthy, he was one of the few artists allowed to make sketches at funeral of Stalin in 1953. Tsyplakov had solo exhibitions of his artworks in 1956, 1986 and 2007 in Moscow. To date, his works are in the State Tretyakov Gallery, the Russian Museum, as well as the major museums of the former USSR.

Born in 1915 in the village of Burminki of Ryazan region, Victor Grigorievich Tsyplakov showed his interest in art in childhood. In 1942 he graduated from the Moscow State Academic Art Institute named after VI Surikov. There he studied at workshops of famous Soviet painters Igor Grabar, S.V. Gerasimov, V.V. Pochitalov and G.M. Shegal. In 1957 Tsyplakov became head of personal workshop in his native Institute. Since 1962 – Professor, corresponding Member of the USSR Academy of Arts (1967). Among his students – a number of famous artists, such as People’s artists of Russia V.B. Tautiev, N.N. Solomin, and V.G. Kubarev. 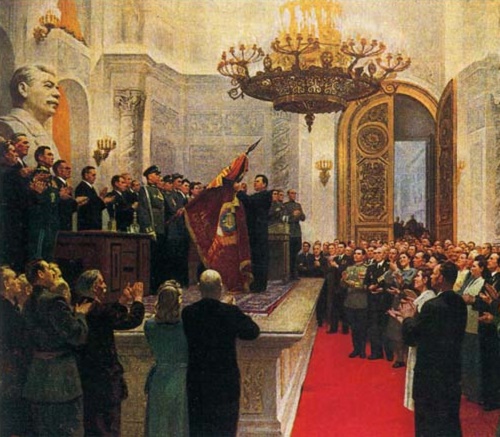 Tsyplakov died in 1986, buried in Moscow at the Vaga’nkovo cemetery. 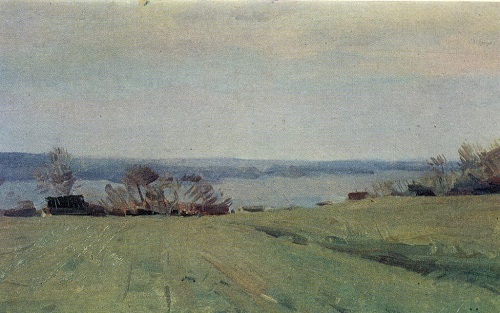 Son of a village blacksmith, 18-year-old Tsyplakov saw the reproduction of a drawing by Leonardo da Vinci for the first time in the printing college. And surprisingly fast became a mature master. Already in the diploma work “V.I. Chapayev” (1942), painted in a traditional genre of subject painting, the artist managed to depict light that pervades the entire image. The picture gives you a feeling of plein air “freshness” – the quality not characteristic of the Soviet art of 1940-50-ies.

Among the works of Tsyplakov – landscape, portrait, genre and thematic painting. Referring to the military theme – the painting “Zoya Kosmodemyanskaya. (Interrogation)” is based on a comparison of the dark, these fascists silhouette figures and brightly lit figure of a girl entering the room. Her abrupt movement forward, to meet fate, confusing enemies. The artist in this work expressly disclaims any lights except the lamp light, creating an atmosphere of airless, dramatic tension. The painting became iconic in the history of Soviet art. 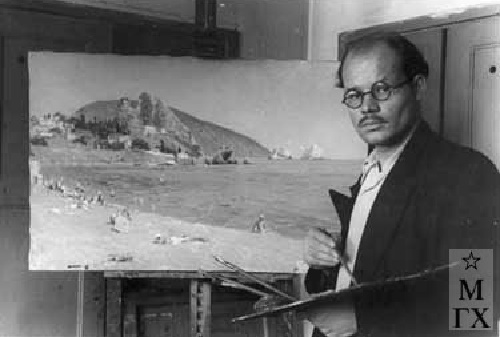 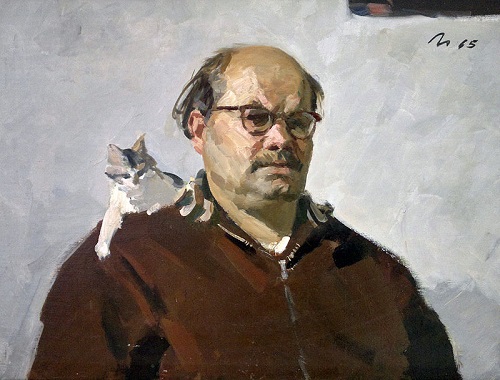 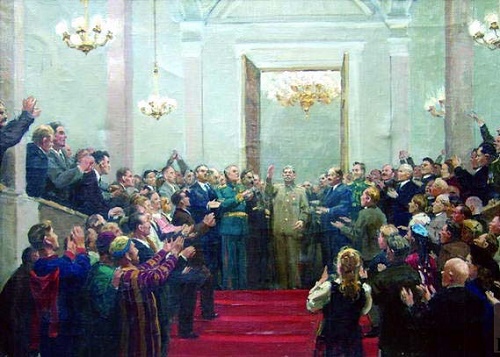 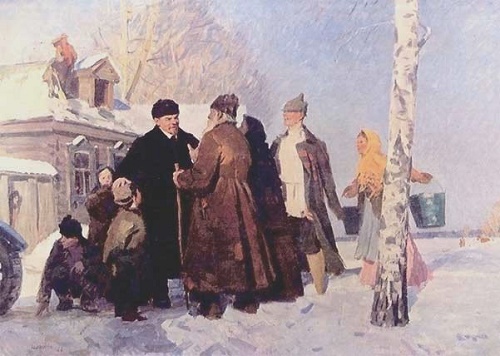 Lenin with peasants. Oil on canvas, 1959 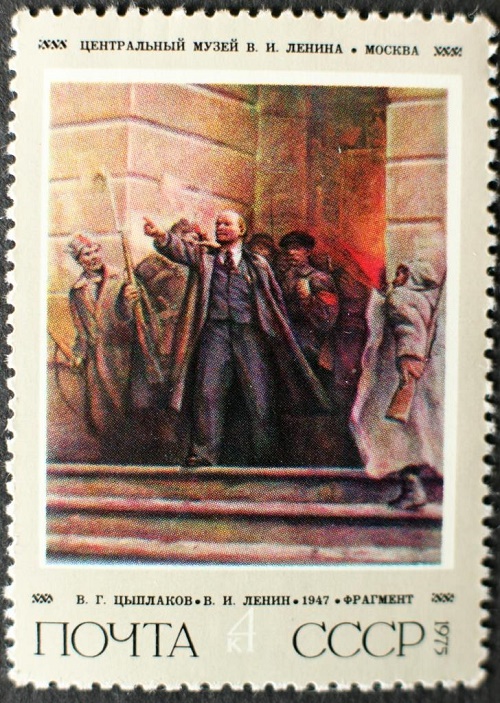 Postage stamp of the USSR, released in 1975 depicting fragment of painting ‘V. Lenin’, 1947

The advanced people of Moscow in Kremlin 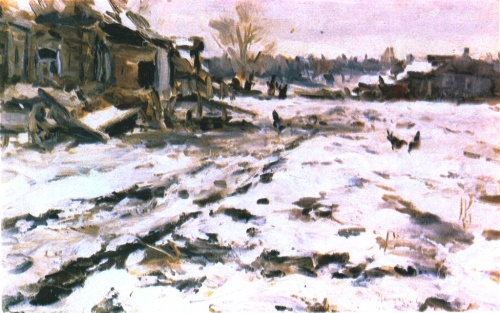 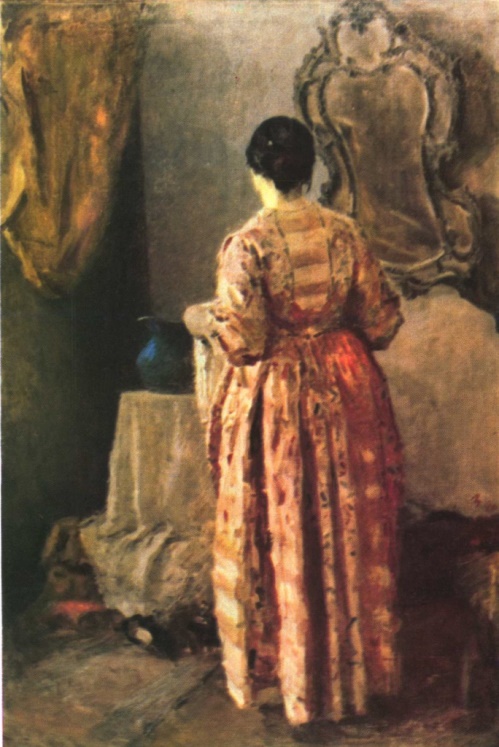 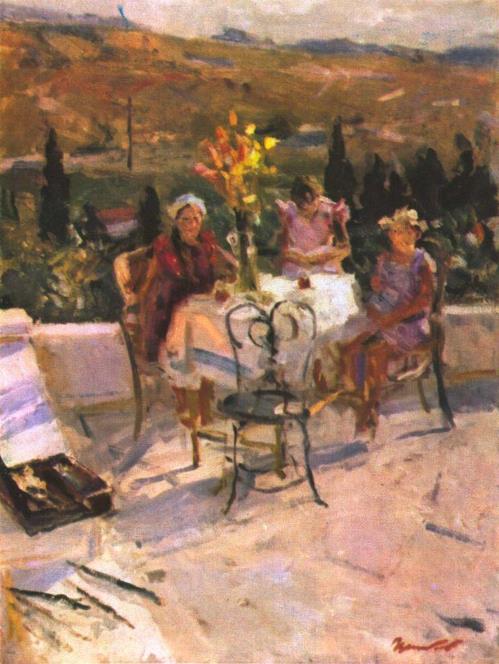 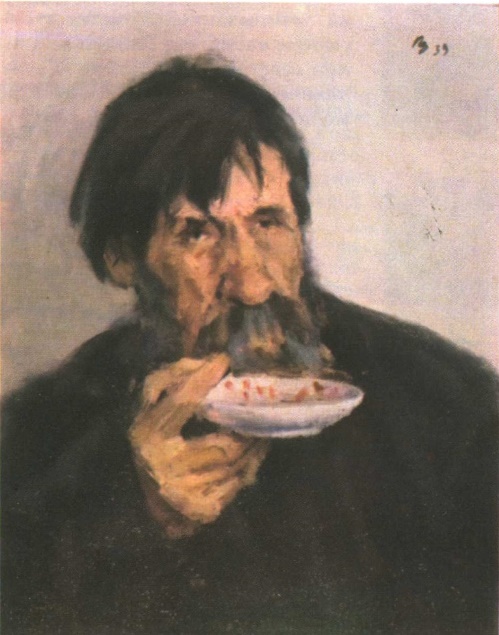 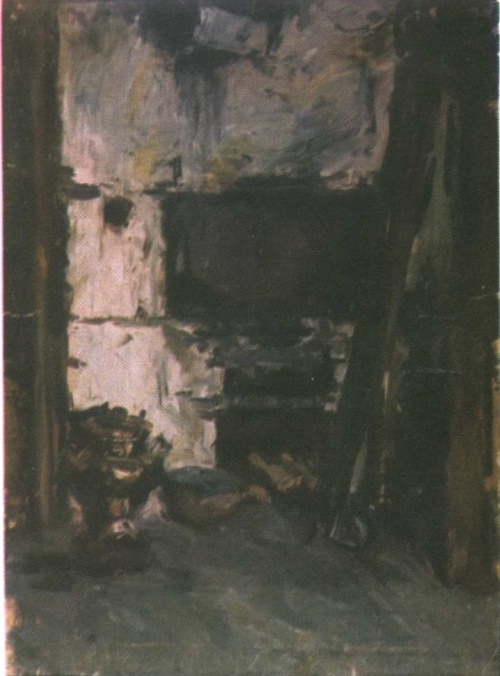 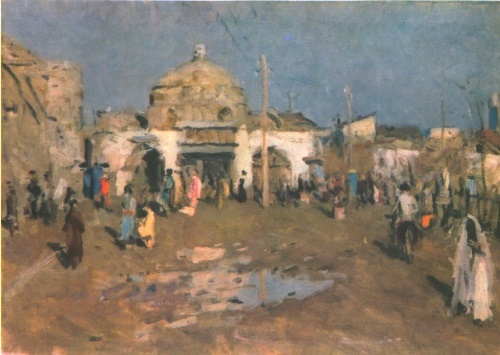 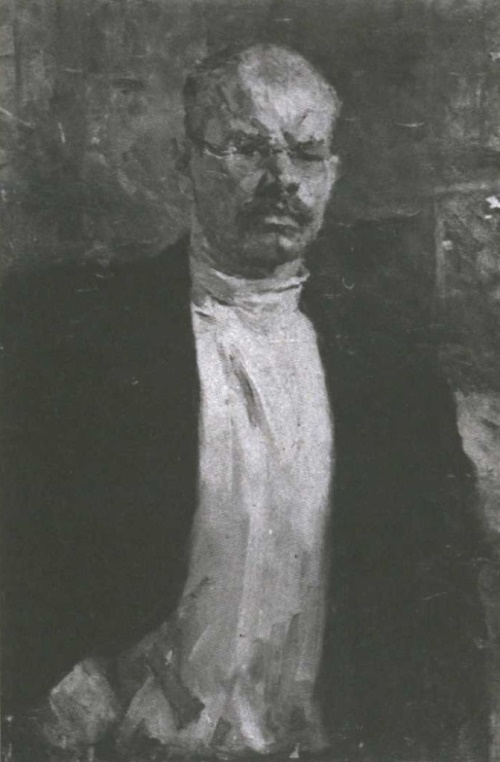 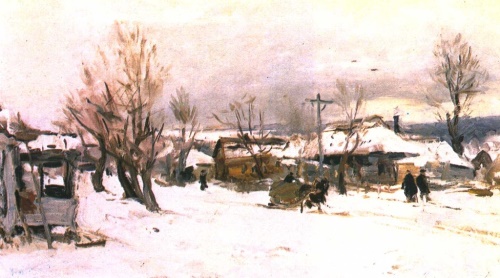 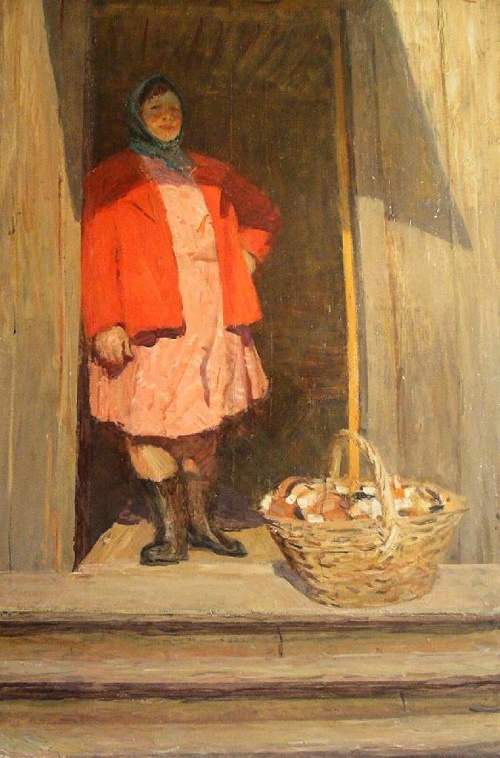 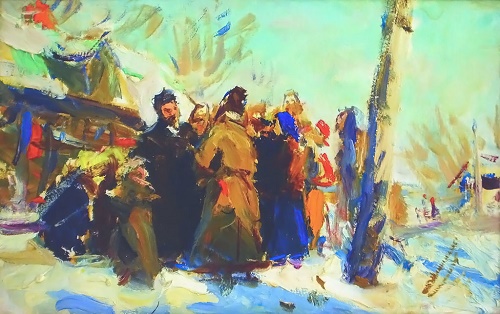 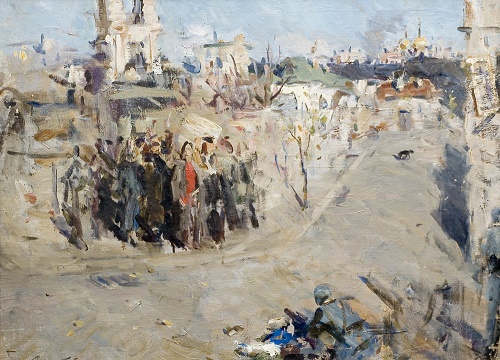 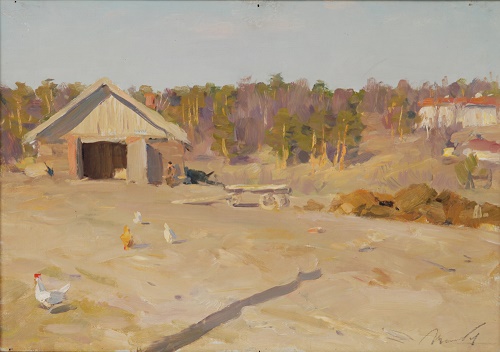