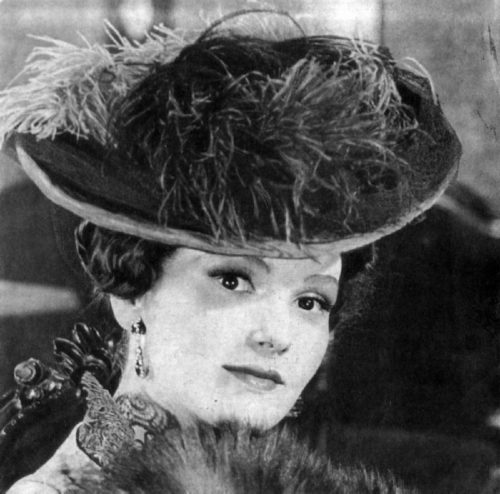 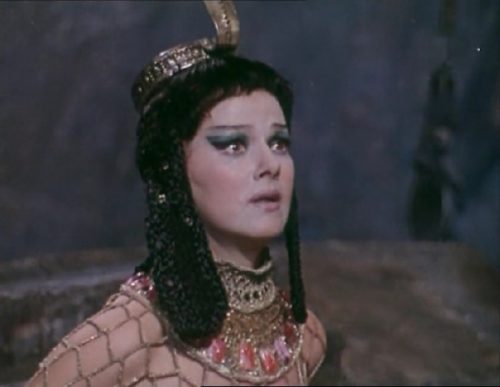 Yulia Borisova in the television play Antony and Cleopatra

Yulia Konstantinovna was born in 1925 in Moscow. In an ordinary, completely “non-theatrical” family. The parents were ordinary employees. Her childhood and adolescence fell on difficult war years. But in such difficult conditions, Yulia Borisova dreamed of a theater. And soon after the end of the Second World War, she entered the Shchukin School. The teachers noticed a talented student. While still a student, in 1947. She was admitted to the Vakhtangov Theater, to which she dedicated her life.

The directors noted the versatility of her talent and were not afraid to entrust her with diverse roles: from naive village girls to countesses and even ancient queens. Mikhail Ulyanov, who often played with her in the same performances, gave the highest assessment to his partner, calling her “the great planet of the Vakhtangov Theater”. 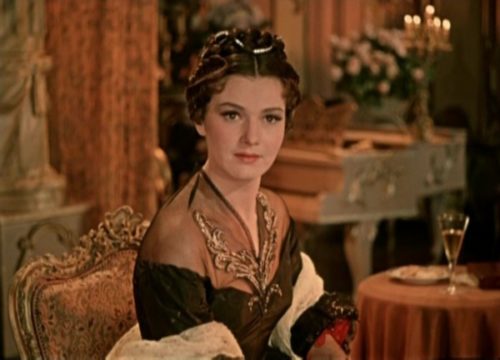 Yulia Borisova in the movie The Idiot, 1958

The beauty was immediately noticed by the filmmakers.

In 1948 she was invited to shoot in the film Three Meetings. In 1958 she played the role of Nastasya Filippovna in the famous Pyryev film adaptation of Dostoevsky’s novel The Idiot. Her last film was “The Ambassador of the Soviet Union” (1969). Oddly enough, but she never starred in a single picture.

No, there was no intrigue or opposition from the officials. There were plenty of proposals from directors. Here, only, Yulia Konstantinovna herself believed that films did not allow her to reveal all her talent. Therefore, she refused all incoming offers, devoting herself to her beloved theater. 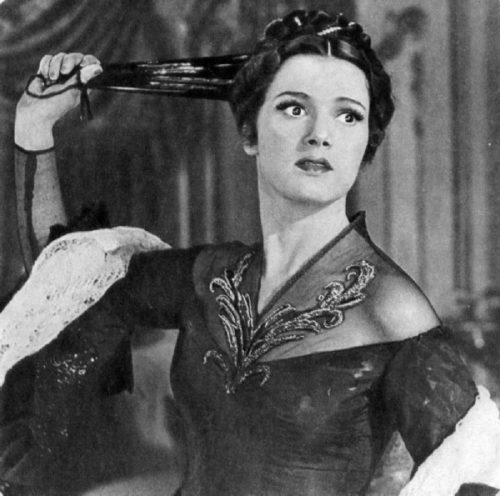 In her piggy bank there are more than sixty (!) Roles. She played countless performances on her native stage. At the same time, it cannot be said that she disappeared from the screens. The actress took part in the most famous theatrical performances, many of which were shown on Central Television.

Viewers could see their beloved actress in such television performances as: “On the Golden Bottom”, “Millionaire”, “Antony and Cleopatra”, “Guilty Without Guilt”, “Dear Liar”, etc. 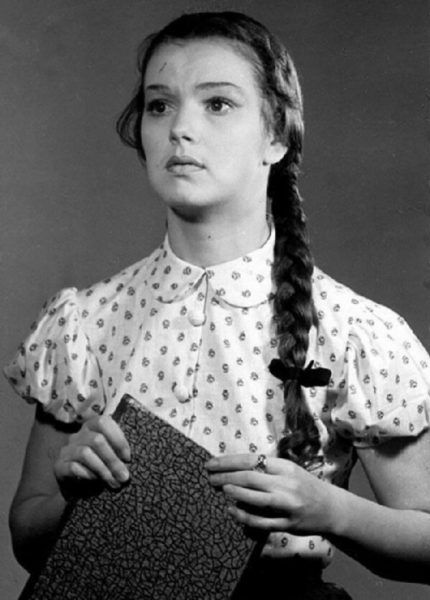 Julia Borisova in her youth

We can say that the theater was her home. She could not live without him. She also met her husband at the theater. Isai Isaakovich Spektor served as deputy director. From the very first meeting, he was fascinated by the beauty and talent of the young actress and proposed to her.

In marriage, they had a son, Alexander. The young mother was so passionate about the theater that she returned to the stage almost immediately after pregnancy. She even took little Sasha with her on tour so as not to miss a single performance.

In a marriage with Isai Isaakovich, they lived happily for several decades. In 1974, the husband of Yulia Borisova died. The beautiful and full of strength actress remained faithful to her husband. She never married again. 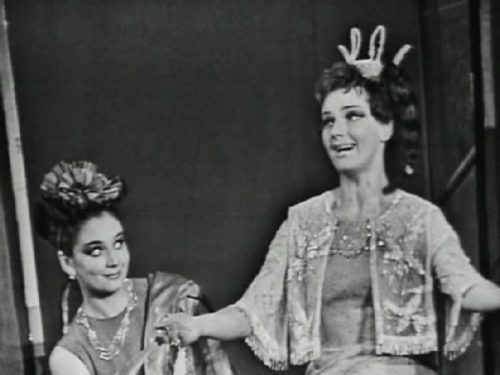 in the TV show Princess Turandot, 1971

Yulia Konstantinovna always avoided excessive publicity, believing that the personal life of even famous people should not automatically become public knowledge. Her name has never appeared in theatrical scandals, the actress has not been seen in any intrigues. From her youth, she was able to keep her private life away from the media, believing that the actor’s publicity should be limited to the stage. She has not changed this principle even today.

It is almost impossible to meet her at special events, even dedicated to the theater. The only exceptions are the most significant reasons. For example, journalists could see her in 2017, when she visited Yuri Lyubimov’s retrospective. Or in 2016, when she received the Andrei Mironov Prize. In general, throughout her career, Yulia Borisova has received many awards. 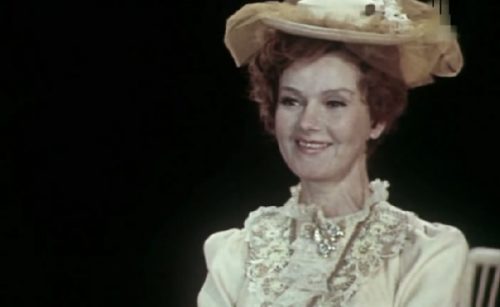 She recently turned 96 years old. And in her venerable age, she remained devoted to the theater. Yulia Konstantinovna is full of strength and considers herself happy: she has a wonderful son, grandchildren and great-grandchildren.

And she is still doing what she loves – playing at the price of her native Vakhtangov Theater. 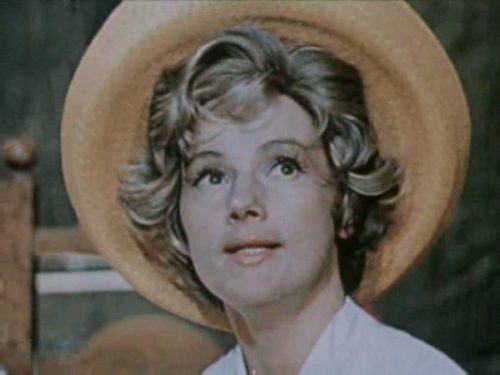 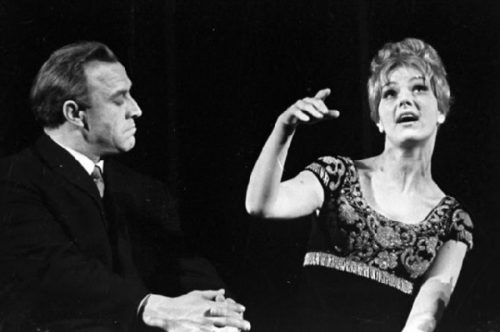 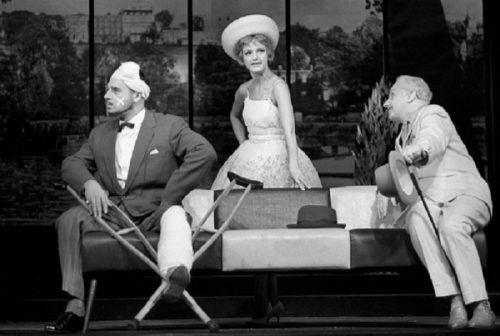 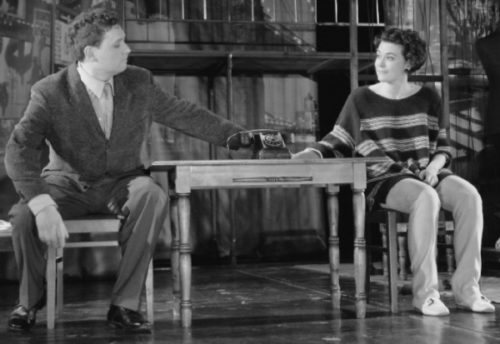 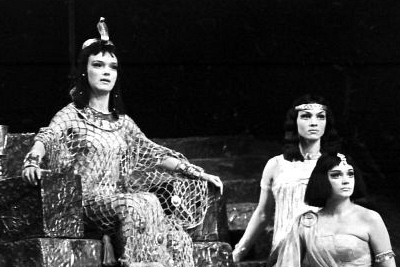 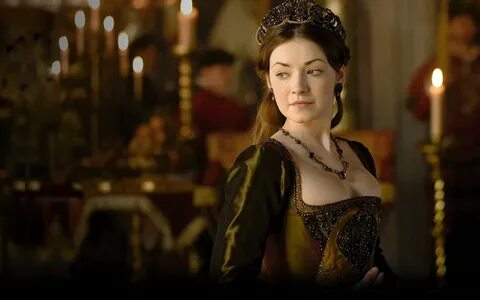 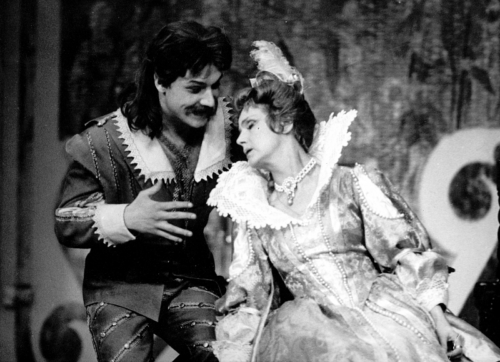