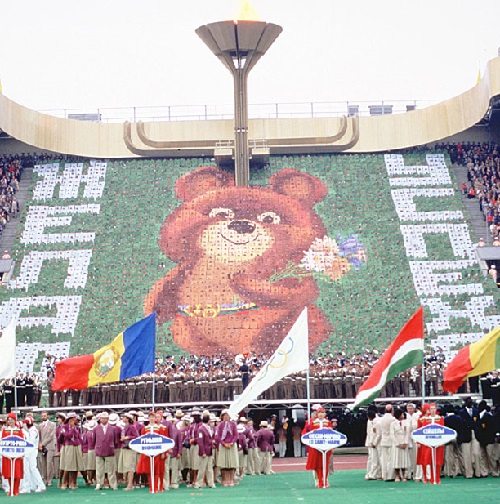 USSR 1980 Summer Olympics has become history. But born in the Soviet Union people will long keep the memories of a beautiful celebration of youth and sports. One of the many foreign guests of the Olympics said: “What we saw in Moscow during the opening and closing of the Olympic Games, to repeat – may be possible, but to exceed – Never!” The most grandiose in its beauty and scale Olympic Games in the history of the Olympic movement – this is the unanimous opinion of the participants of the Moscow Olympics, its guests. It is difficult even to imagine how many people gave their talent, energy, inspiration to Olympic, to turn it into an unforgettable spectacle. Much credit for this belongs to the artists. 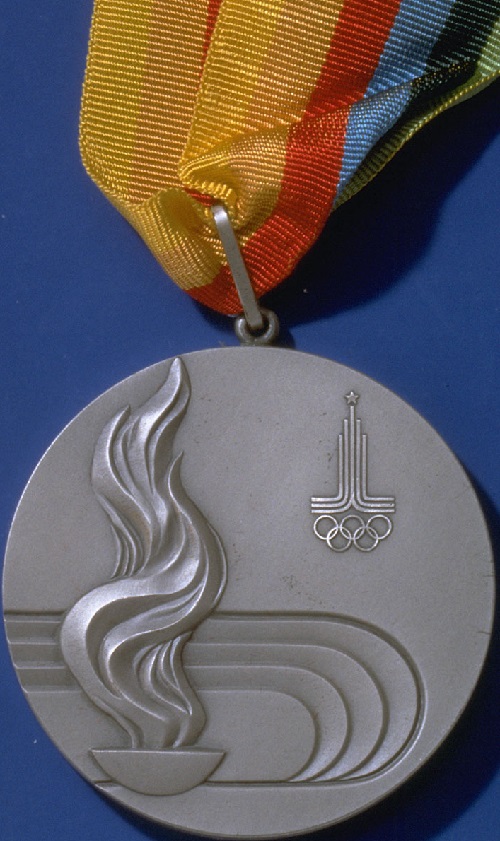 Medal of Moscow Olympics, the reverse was designed by Soviet sculptor Ilya Postol 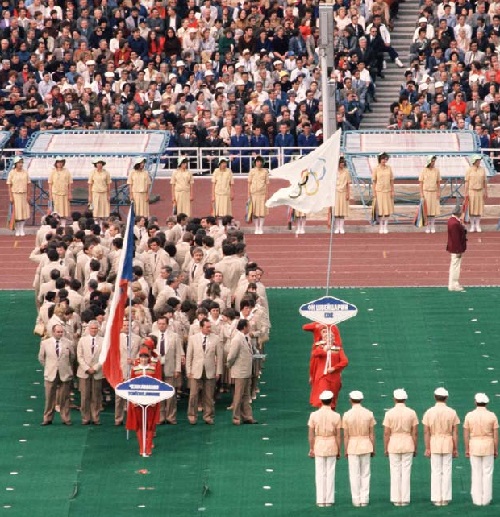 When the Organizing Committee of the Olympic Games-80 Arts Council was established, it included the country’s leading artists and designers. They worked on the design of sports facilities, urban roads; on the creation of promotional materials; posters, logos, special symbols. We can not say about those who “dressed” our Olympics – fashion designers, costume designers, tailors. Their contribution to the overall festival is huge: 36 000 costumes were made for the XXII Olympic Games! 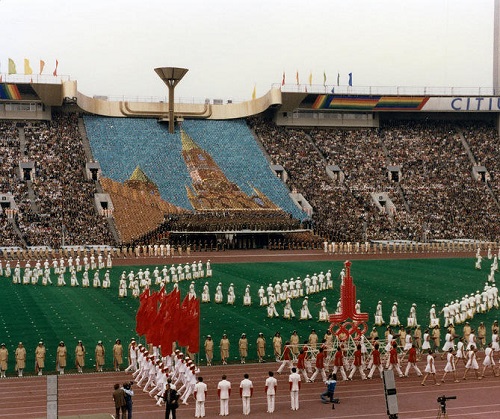 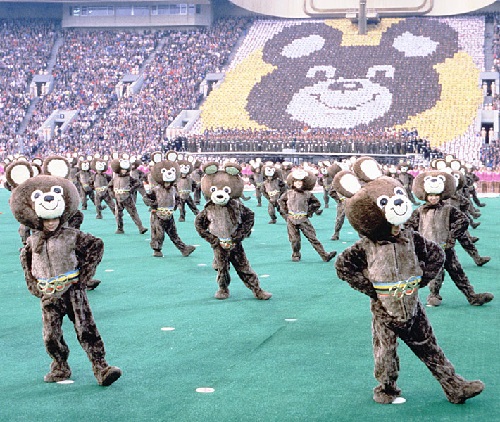 Fashion designers have begun to think about the Olympics suits long before its start. Not yet appeared in the windows a cute teddy bear, have not grown new Olympic facilities, but creative workshops of artists have already been tried and tested hundreds of sketches. Were designed costumes for the athletes and coaches, judges and employees of the service sector, ceremonies, parties and even for spectators. In preparation for the Olympics were involved designers of different professions – artists on shoes, clothing, knitwear, textiles, leather goods from virtually all the modeling organizations in the country. 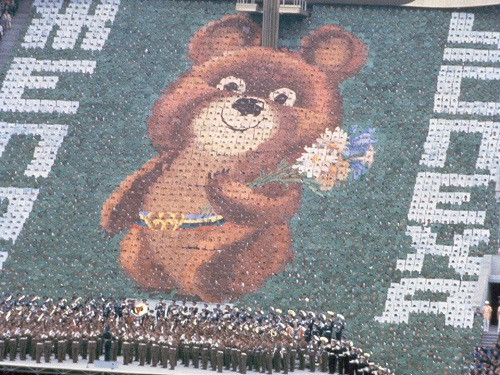 USSR 1980 Moscow Olympics. Bear – the mascot of the Olympiad

Work on the suit – a complex process, from fashion designer requires imagination, professionalism, sense of material, knowledge of technology and … courage. New often seems absurd, because it is unusual and considerable courage is needed to defend ideas, to give them “a start into life.” The matter is complicated by the fact that in the long history of costume, it would seem, is no longer possible to say anything new – everything has been already invented. But in the modeling of sportswear, the history of which is calculated for decades, it is often needed to follow unbeaten tracks. 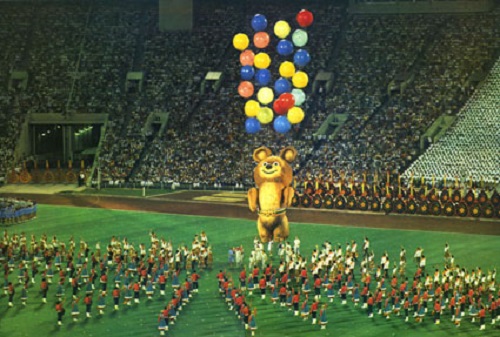 Legend has it that on one of the ancient Olympic Games a runner lost his loincloth, but managed to come first to the finish line. Since then, in the Olympic competitions appeared naked runners, so the problem of tracksuit in ancient Greece did not exist. After the invasion of the Romans, Olympic movement died out for many centuries and was revived only in the late XIX century. Tracksuit appeared a little earlier. It was funny, from today’s point of view, a mixture of common usage of clothing: a man on a horseback wore in long coat – always with a tie, and women played golf in skirts and blouses to toe with puffed sleeves. Only in XX began the formation of sports fashion, from which is today’s evolving fashion. 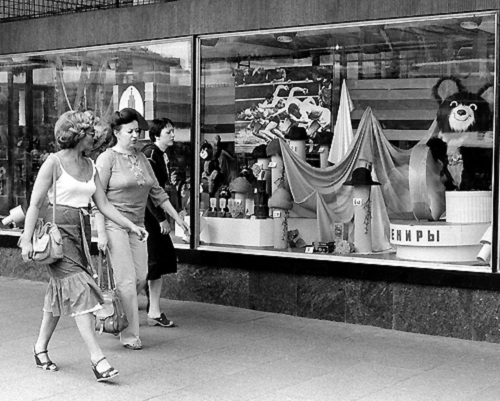 Olympic bear decorated all windows of shops in Moscow

The Olympics designers were challenged to not just “design” clothes for the Olympic days, so to speak, one-time use. Olympics is especially youth holiday, and youth has always been the most sensitive barometer of fashion, the conductor of the boldest ideas of designers. This circumstance was taken into account by those who worked on the costumes. Artist creating his model, sought to look into the future of fashion. There were searches for new forms, details, new materials, combinations of colors; everyone was aware that the Olympics for it – a kind of showroom, multi-million audience. 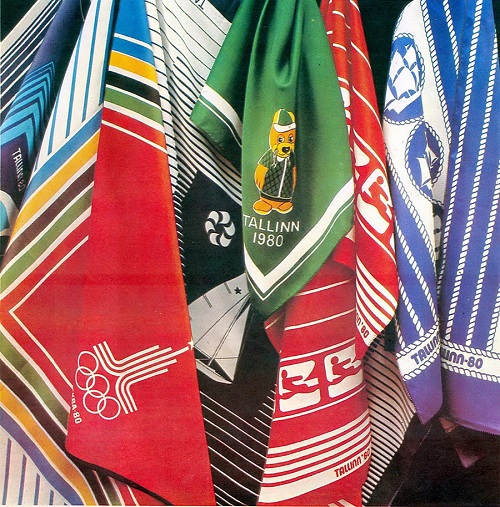 There is a saying in fashion – the democratization of fashion. This means that the clothes become more convenient, more practical, easier. The democratization of fashion became possible thanks to the huge popularity of sportswear. If your grandfather used to sit at the TV in the Striped Pajamas, but now he is sitting in the sports tights, and goes for a walk in ski cap with pompoms. No one is surprised: sportswear rejuvenates man and liberates him. And one more important, if not the main advantage of sportswear – it is beautiful. Everyone who watched sports stadiums or watched them at the TV screens could make sure of it.

Yes, the XXII Olympic games have become history. And will not come back to us, Misha, whom we sadly saw off in flight on the closing day of the World festival of sport. … And in the studios of artists, in costume shops have created new models – based on the Moscow Olympics.
Our Fashion Theatre was included in the cultural program of the Moscow Olympics-80 and performances were shown every day. 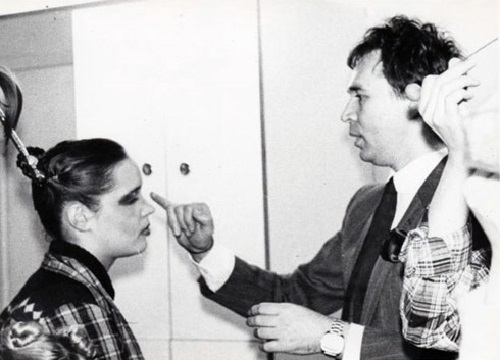 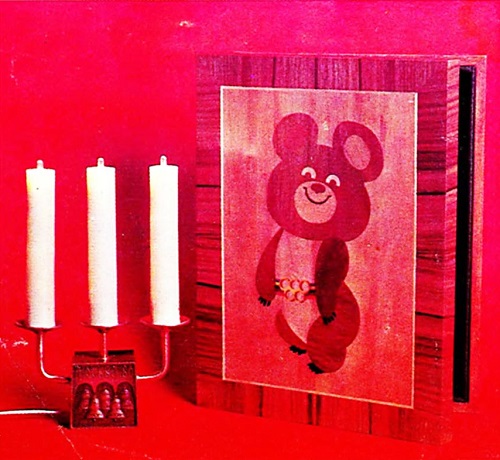 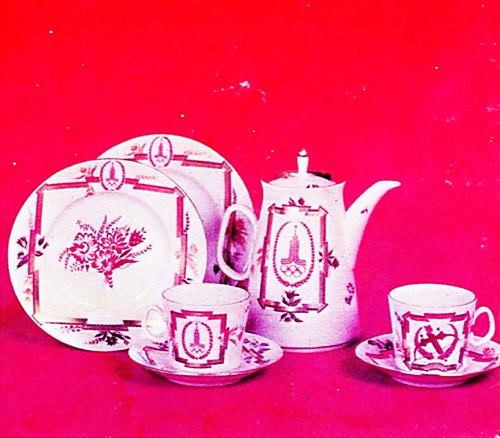 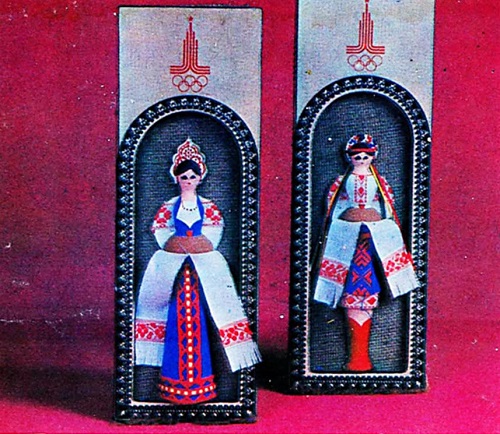 1980 Olympics in the USSR. Memorial souvenirs 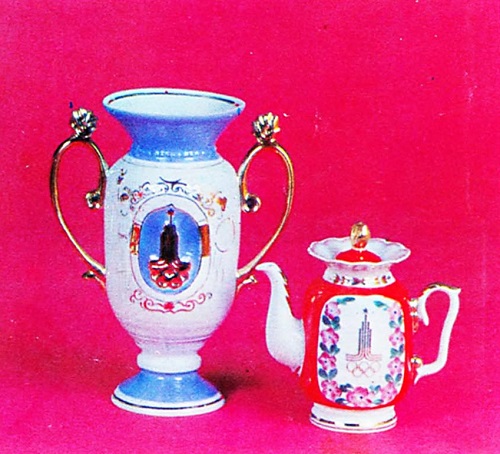 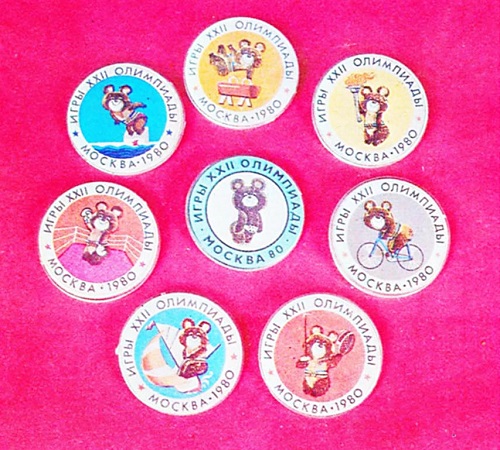 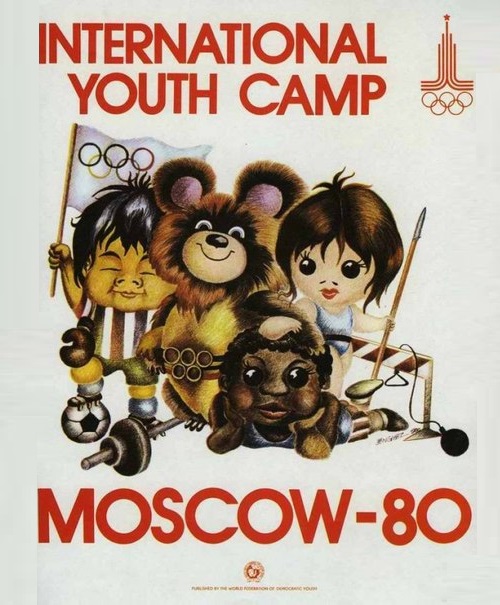 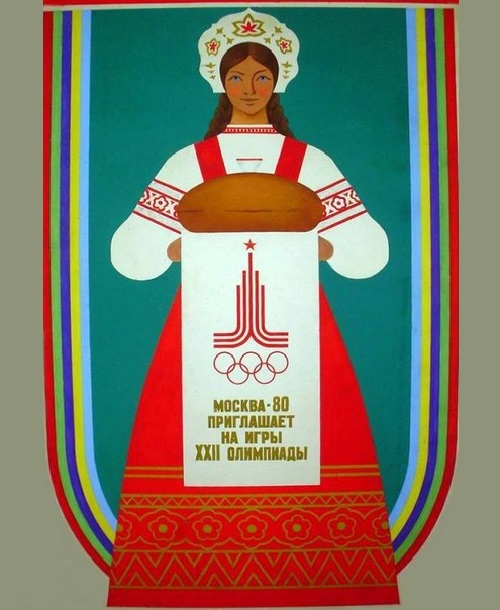 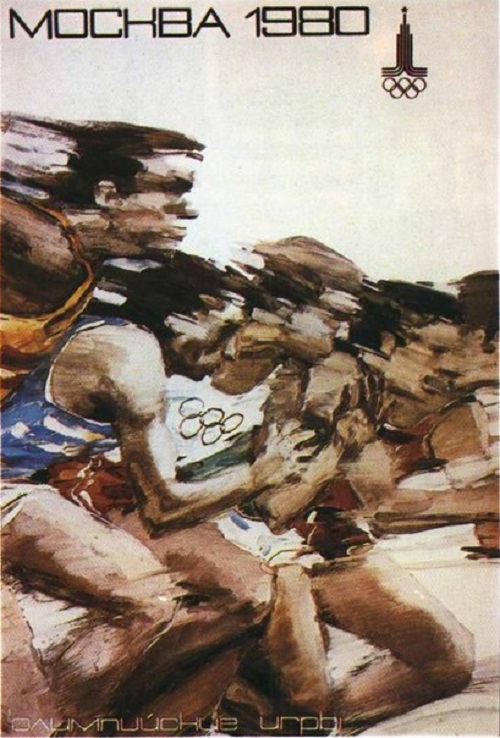 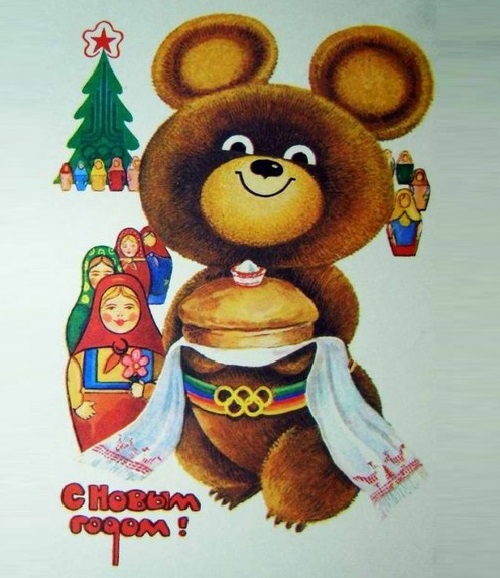 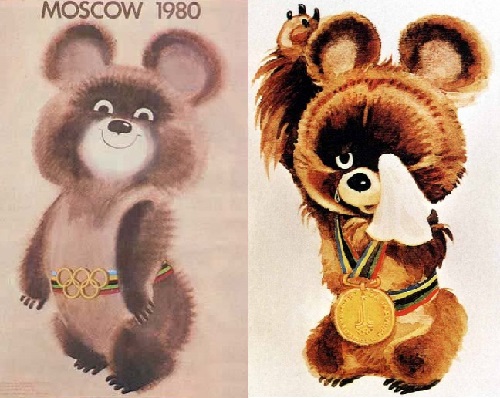 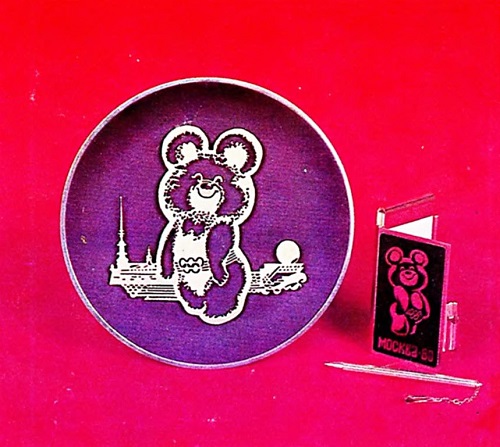 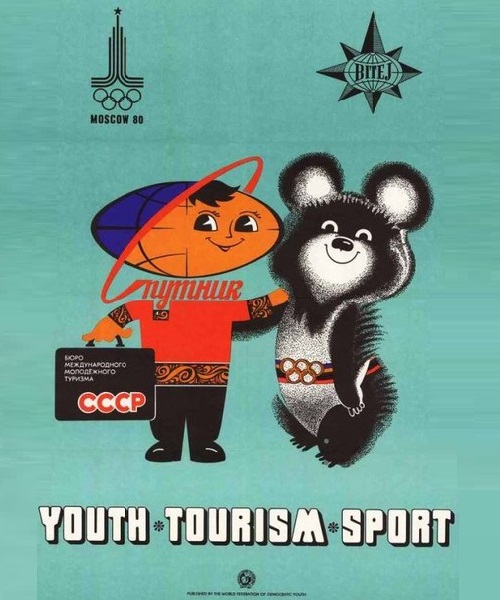 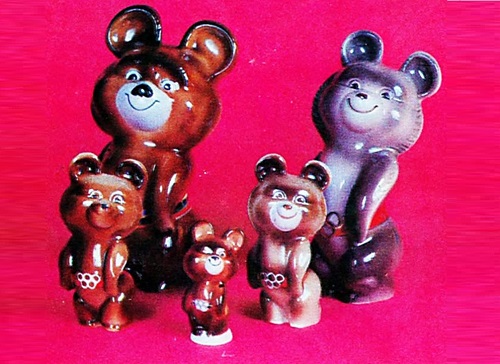 Symbol of 1980 Olympics in the USSR – a teddy bear. Memorial porcelain souvenirs