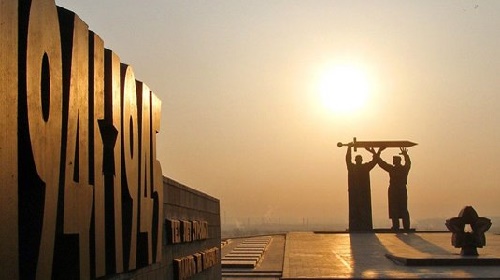 Soviet sculptor Lev Golovnitsky (10 December 1929 – 29 April 1994) – People’s Artist of the RSFSR, member of the USSR Academy of Arts, and laureate of the RSFSR State Prize of Repin. Golovnitsky worked in the style of socialist realism. His work reflects the prominent figures and important events of the Soviet state. Chelyabinsk sculptor is the author of monuments to Vladimir Lenin, “Eaglet” in Chelyabinsk, the monument “Rear – to front” in Magnitogorsk and many others. Today, without the works of the sculptor is hard to imagine Chelyabinsk and other cities of the South Urals.
Born December 10, 1929 in the city of Kurgan, already in 1932 three-year-old Lev and his family moved to Chelyabinsk. From an early age the boy showed interest in drawing. From 1944 to 1947 he worked in the art studio of the Palace of Pioneers named after Nadezhda Krupskaya.

Recognition came to the young sculptor in October 1958 with the opening of “Eaglet” monument on the Crimson Field in Chelyabinsk. It has become the hallmark of the city. Komsomol members and youth of the city when selected the monument to Komsomol heroes of the October Revolution and the Civil War in the Urals preferred this very sculpture. In 1967, Lev Golovnitsky got an award – the Lenin Komsomol Prize. 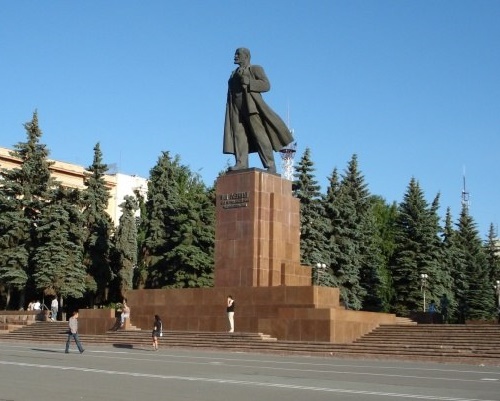 May 9, 1966 in Magnitogorsk, appeared a monument to the “First tent”, dedicated to builders of Magnitogorsk. The engraved verses of Boris Ruchyev read: “We lived in a tent with a green small window, washed by rains, dried by the sun, and burned at the door golden fires on red stone of Magnitka Mountain.”

To the feat of the Ural citizens in the Great Patriotic War dedicated Monument to volunteers and tank crews, Monument “Memory”, established in Chelyabinsk, as well as monument “Rear to the Front” in Magnitogorsk. 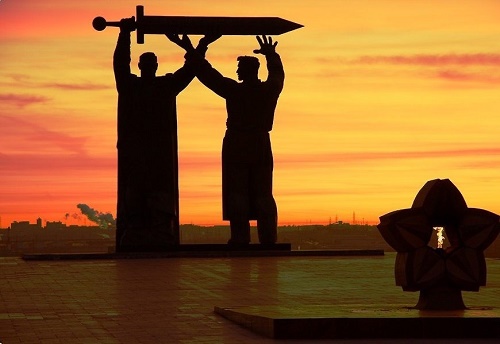 “Rear to Front” – a monument located in the city of Magnitogorsk. The monument is the first part of the triptych, consisting also of two other monuments – famous “Motherland” on Mamayev Kurgan in Volgograd, and “Warrior-liberator” in Berlin’s Treptow Park. The authors of the monument – sculptor – Lev Golovnitsky, and architect – Yakov Belopolsky. Material – bronze, granite. Height – 15 meters.

In 1977, the sculptor was awarded the RSFSR State Prize of Repin for sculptures “Urals”, “Hymn to the fighters,” and the “Plowed field.” Among other monumental works of Golovnitsky: Monument to Alexander Pushkin (together with E.E. Golovnitskaya) in Chelyabinsk, bust of twice Hero of Socialist Labor, Academician V. Makeyev in Kolomna and general constructor of Chelyabinsk Tractor Plant I.Ya. Trashutin in Chelyabinsk.

April 29, 1994 the sculptor died. Golovnitsky bequest body was cremated, and the urn with the ashes buried in the Assumption Cemetery in Chelyabinsk. 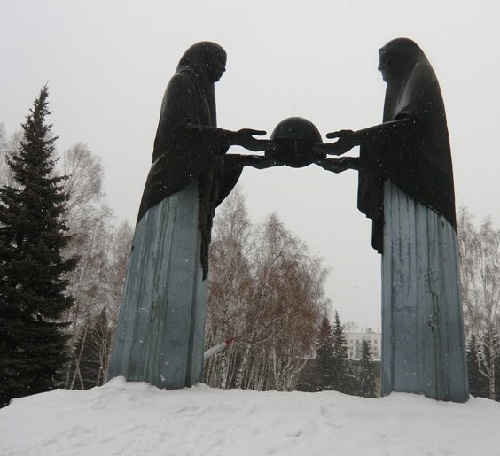 In 1975, together with his wife – a sculptor Enrika Golovnitskaya created the monument, called “Memory”. Installed on the Forest Memorial Cemetery, it has become a haven for soldiers who died of wounds in the evacuation hospital in Chelyabinsk. The monument stands on a hill, shows two Russian women – mother and wife, dressed in mourning clothes, and in their hands they hold the helmet of the warrior.

May 9, 1943 on Kirov Street took place a solemn farewell to Chelyabinsk tank volunteers to the front. Lev was a witness to this event. Later, these memories helped him create a monument to the tankers volunteers. In 1975, in honor of the 30th anniversary of the Victory, the Monument was opened on Kirov Street. 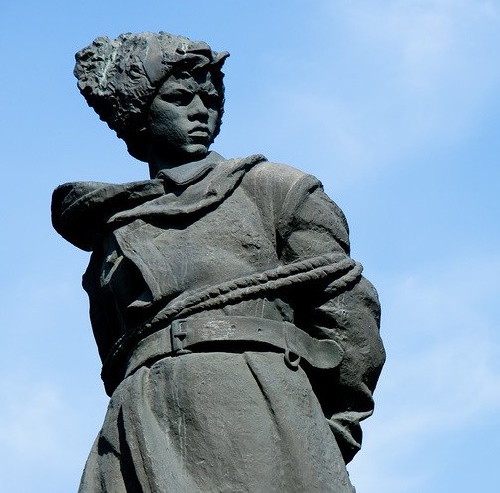 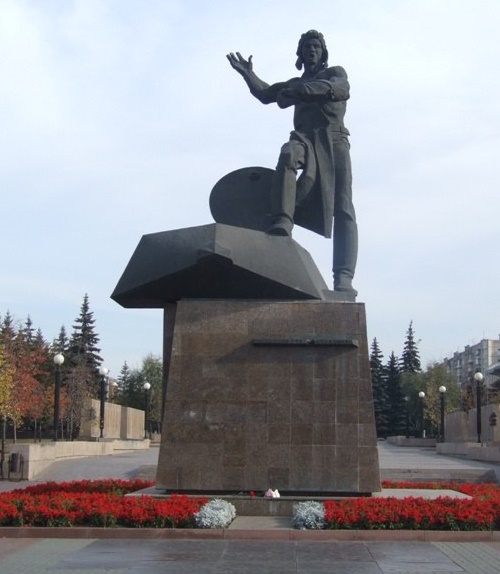 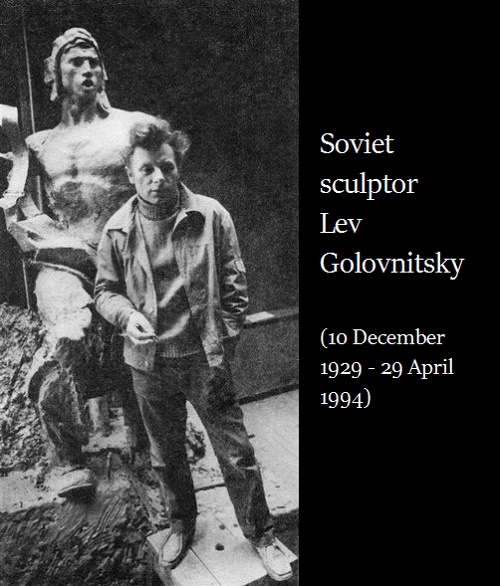 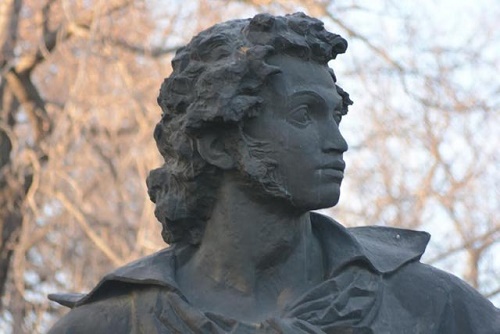 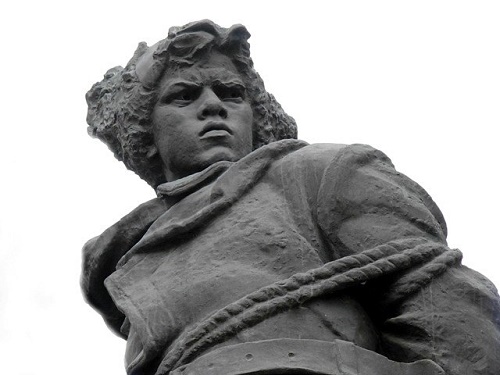 Eaglet monument to Komsomol heroes of the October Revolution and the Civil War. Installed 19 October 1958 in Chelyabinsk 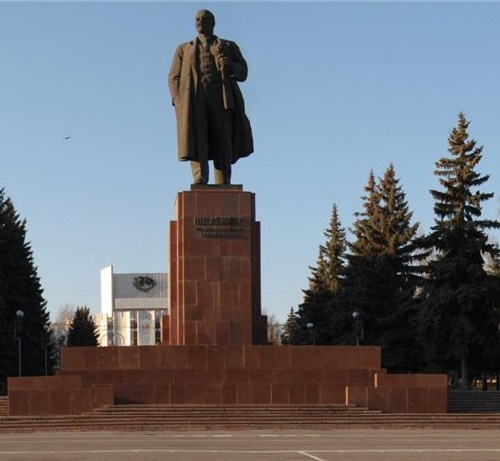 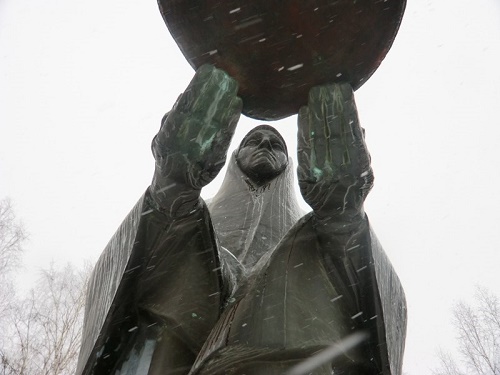 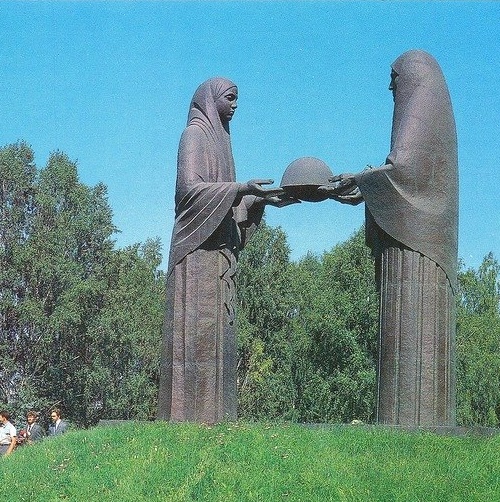 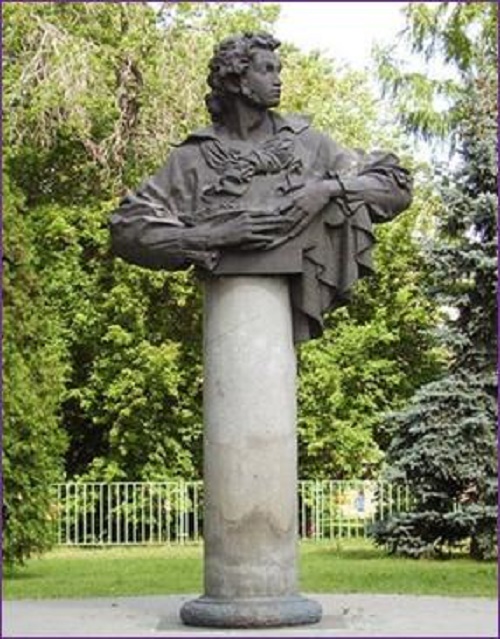 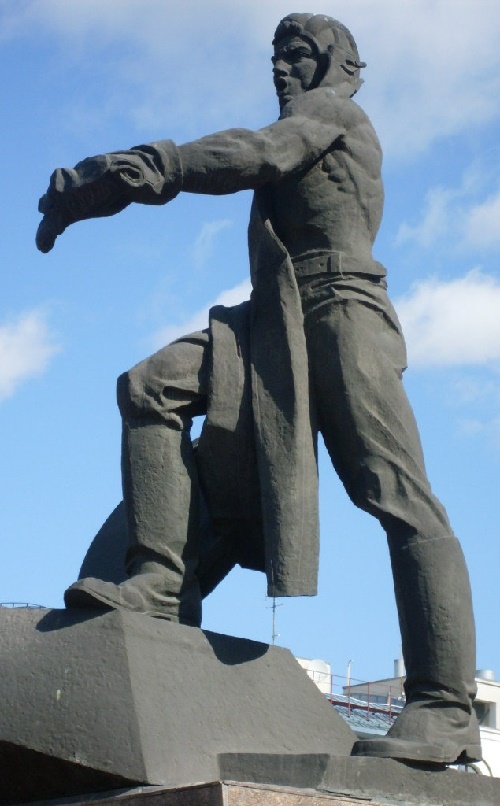 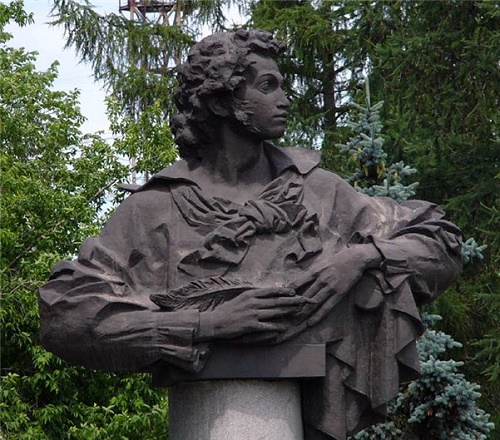 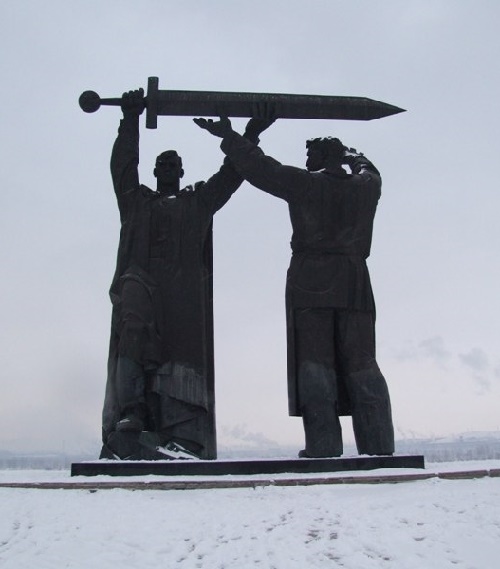 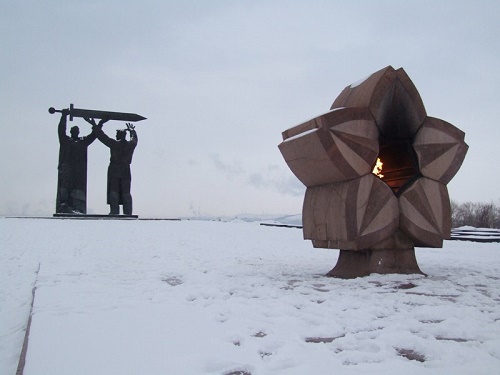 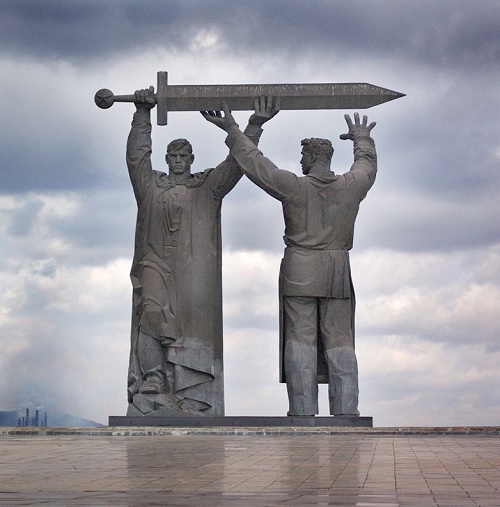 Rear and front monument to the WWII

Rebel flesh. 1971. From the series ‘On the ancient stones of Rome’ 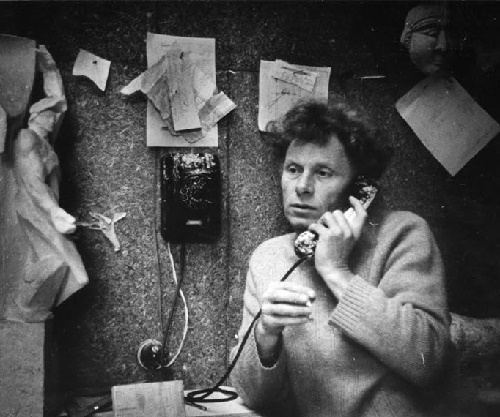 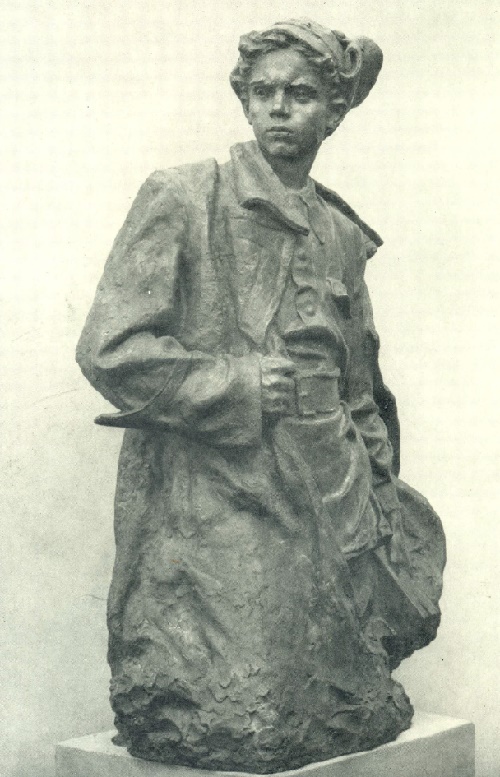