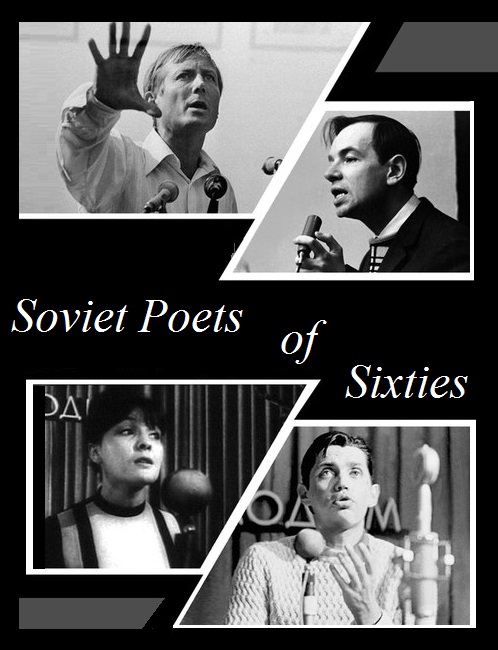 Sixties – the subculture of the Soviet intelligentsia, mostly seized generation born roughly between 1925 and 1945. Historical context which formed the views of the “Sixties” were the years of Stalinism, World War II, the results of XX Congress of the CPSU and the era of the “thaw”. The most fortunate generation in the history of the country – Moscow and Leningrad dudes, the taste of life runaway success and aesthetic pleasure, collecting stadiums of listeners and viewers. They were able to impose their style of life on the country and the whole generation. Among them were Soviet poets of the Sixties – Robert Rozhdestvensky, Bella Akhmadulina, Andrei Voznesensky, Yevgeny Yevtushenko. Most of them were not revolutionaries, they were not going to destroy the communist regime. They could not even think that’s possible. The task was to humanize it. 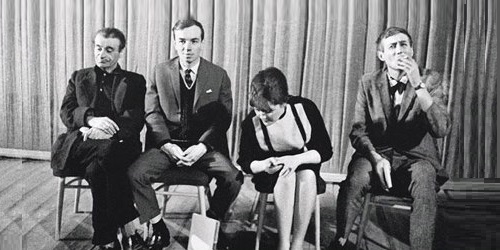 Most of the “sixties” were from the intelligentsia or party environment that emerged in the 1920s. Their parents, as a rule, were staunch Bolsheviks, often members of the Civil War. The belief in communist ideals has been for the majority of “the sixties” self-evident, to the struggle for the ideals their parents dedicated their lives. 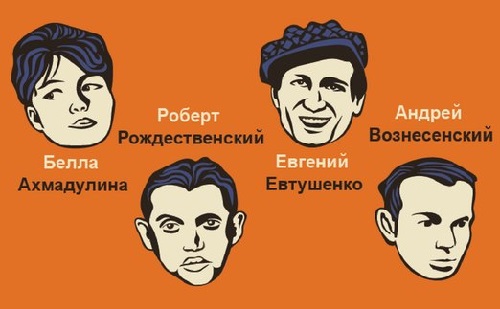 Most notably, “the sixties” expressed themselves in literature. “Youth” magazine (Russian – “Yunost”), founded in 1955, and led by Valentin Kataev, played a major role in the early years of the “sixties”. It reached the huge circulation, and was very popular among the youth. Magazine relied on young and unknown writers and poets. It “discovered” authors such as Anatoly Gladilin, Vasily Aksyonov and many others. The magazine described the search of the young generation of the way to the “construction of the century” and in their personal life. Heroes attracted with sincerity and rejection of falsehood. 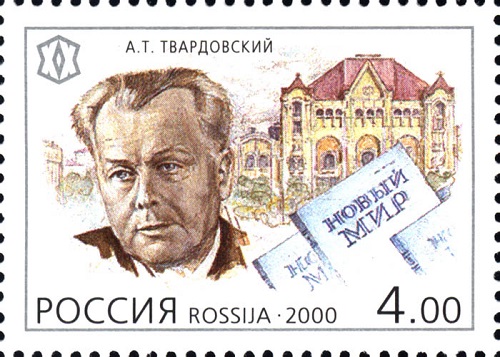 A huge role in the “sixties” played the magazine “New World” (Novy Mir), from 1958 to 1970, edited by Aleksandr Tvardovsky. Magazine, steadfastly professed liberal views, has become the main mouthpiece of the “sixties” and was incredibly popular in their environment. It is difficult to name the print edition, which had a comparable influence on the minds of a generation. Aleksandr Tvardovsky, using his authority, consistently published literature and criticism free from socialist realism settings. 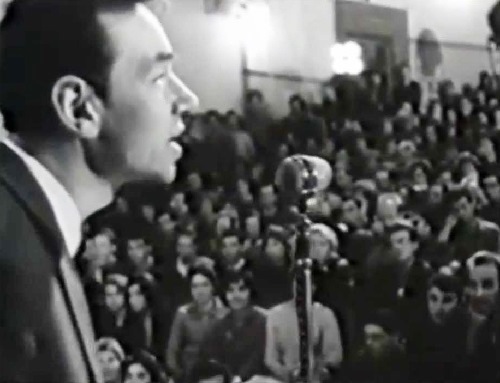 The tradition of oral poetry was at its peak. In the evening, in the auditorium of Moscow Polytechnic Museum performed promising young poets, such as Andrei Voznesensky, Robert Rozhdestvensky, Bella Akhmadulina, Yevgeny Yevtushenko.

I AM AN ANGEL

I do no drink.
I love my wife.
My own wife —
one ought to know it.
Indeed, I live an angel’s life —
to quote from Shchipachev, the poet.
This way of life has made me sick.
I shut my eyes to girls and women.
My shoulders bind me, so to speak,
I may have wings,
as if inhuman!
I’m at a loss.
My heart may break.
The wings are growing!
I can’t like it!
What I shall have to do is make
two holes for wings in my new jacket.
I’m an angel.
It’s no joke.
Yet with my life I’m not offended.
I’m an angel.
But I smoke
for I’m
nicotine-dependent.
The angel’s life
is queer and hard.
You have no flesh
but only spirit.
There are nice women all around,
I’m an angel,
and they feel it!
They disregard me, leave me flat,
as long as I’m at heaven level,
but, mind,
it is a former angel that
will make the most appalling devil! 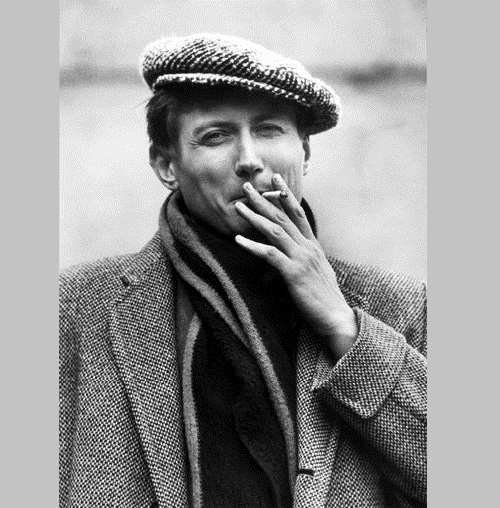 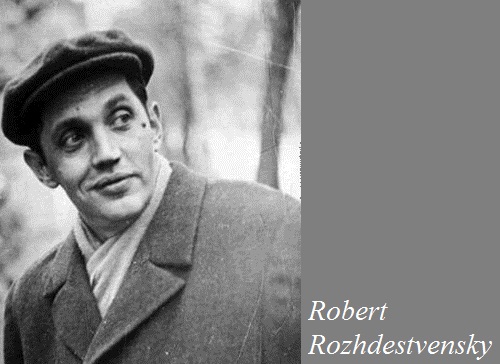 Bella Akhmadulina. “Over My Street For…” 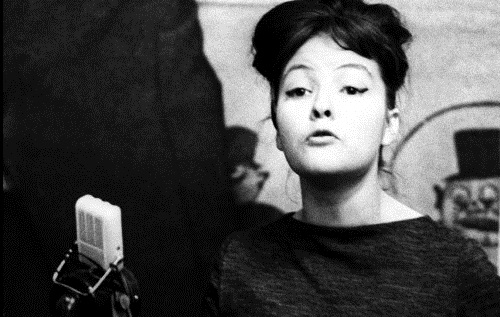 Oh, constant loneness, how hard are manners yours!
While glimmering with compasses your ruthless,
how mercilessly you lock the fatal circles,
not listening to explanations useless. 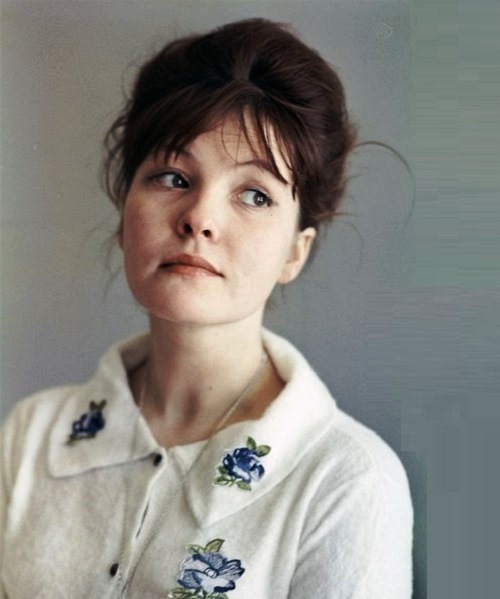 Then call for me, take me to you and bless!
Your favorite in whole freezing fondness,
I’ll gain my peace, and lean at your cold breast
and wash myself in whole your blue coldness. 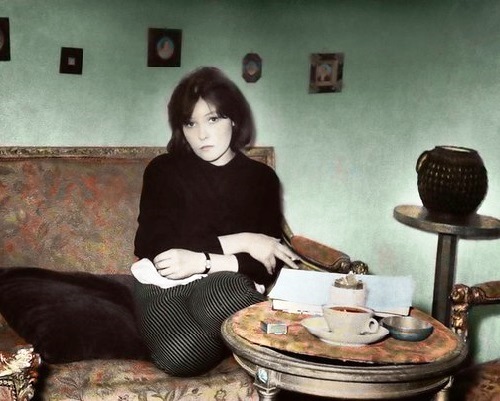 Let me stay tiptoe in your woods of grace –
in that far end of movement, slow measured —
find your fresh leaf and take it to my face,
and feel the orphanage as the unearthly pleasure. 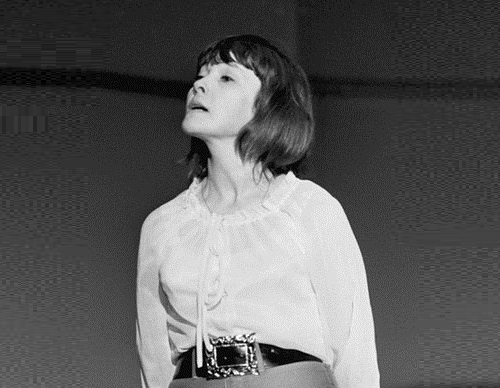 Give me deep silence of your libraries,
tunes of your concerts, rigorous and proud,
and, sapient, I will forget the list
of them – the dead and the alive till now. 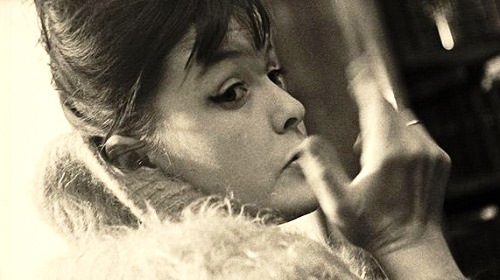 And I’ll cognize and wisdom and regret,
objects will give me their meanings, hidden,
and Nature, leaning my week shoulders at,
will tell me all her secrets of sweet children. 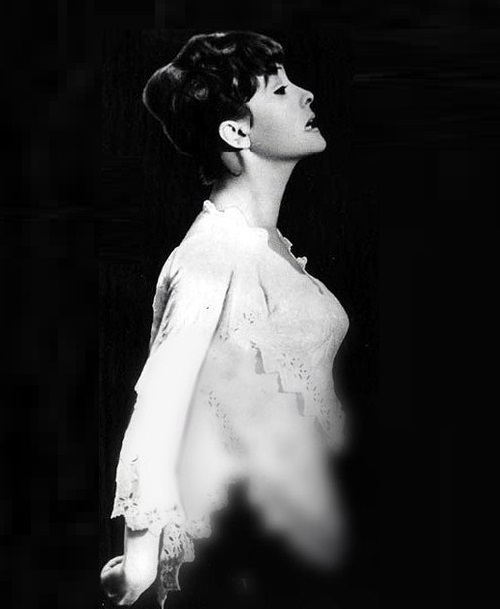 And only then, from dark and grievous lands —
the lands of ignorance that yore ruled here —
the gorgeous features of my dear friends
will come in sight once more and disappear. 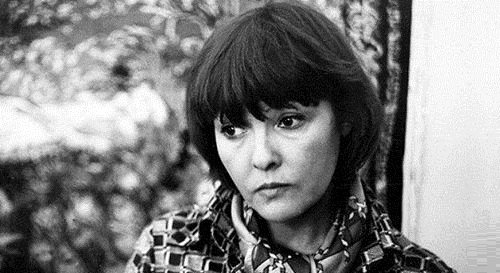 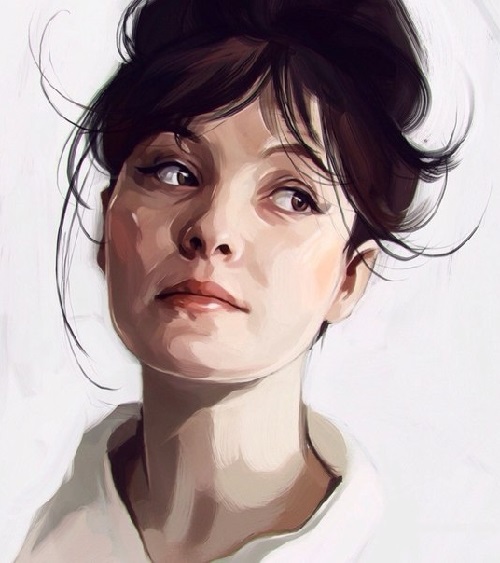