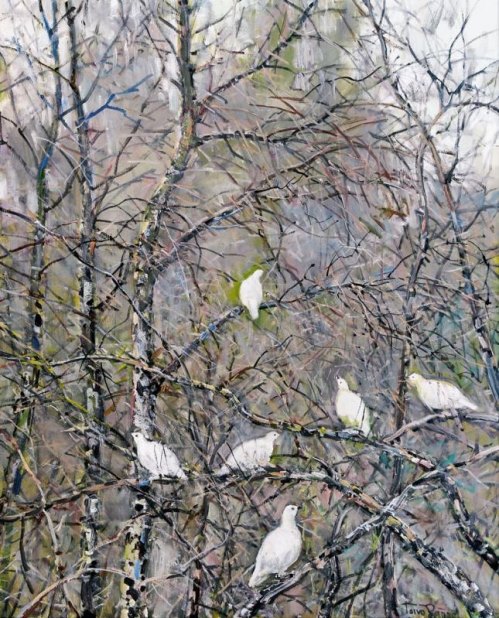 Soviet Finnish painter Toivo Ryannel – member of the USSR Union of artists (1947), Honored artist of RSFSR (1974) and People’s artist of Russia (1991). The Krasnoyarsk art connoisseurs pronounce the name of Toivo Rännäli with great respect. Finn, for whom Siberia became a second home, is the pride of the Krasnoyarsk Territory and the whole of Soviet art.
Toivo Vasilevich Ryannel, the future honorary academician of the Russian Academy of Arts, was born in 1921 in the village of Tozerovo near Petrograd. Siberia, where the exiled family of Ryannel moved in 1931, became for him an inexhaustible source of inspiration and love throughout his creative life. He drew from his childhood, and studied in the Omsk Art College. During the war, he taught drawing at the school, then went to the geological party surveys as a technician. During long taiga expeditions in his backpack always were paints, pencils, and paper. So, in the brief moments of rest he did a lot of sketches. Developing, changing over the years, the artist remained faithful to realism, the Russian academic school. 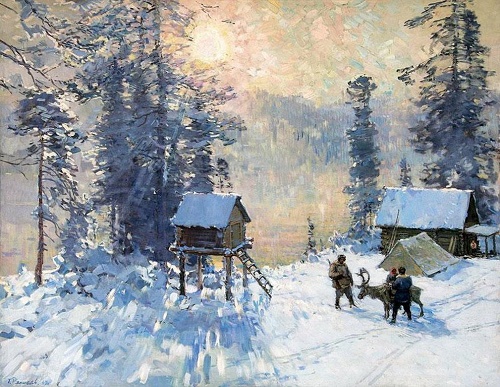 Factoria on the Stony Tunguska

With sketchbook he has traveled the whole of Siberia, has repeatedly been in the south and north of the province, Sayan, traveled a lot along the Yenisei River – from its very beginnings to the mouth. All the majesty and diversity of Siberian nature reflected in the paintings of Toivo Ryannel. The best of them – “The Birth of the Yenisei River,” “Giants”, “Sayan Heart”, and “mountain cedar.”

Ryannel, called “a singer of Siberia”, has created a gallery of beautiful landscapes, as a hymn of Siberia and Siberians.
In 1995, at the invitation of the President of Finland, Ryannel moved to the country for permanent residence, but from time to time visited Krasnoyarsk, held the exhibitions in Krasnoyarsk, and issued numerous albums with reproductions of his paintings.
His works are in collections of Russian art museums, private collections in Japan, China, USA, France, Germany, South Africa, Sweden, Finland and Russia. More than a hundred paintings kept in the Krasnoyarsk State Art Museum of Surikov.
In the 1980s exhibitions of his works took place in England, Sweden, Norway, France, and Slovenia.

Dance at the dawn. Oil on canvas

Reflections on the water

Roses in a vase

Spring on the Kerava. watercolor on paper. 2000

The guardian of Polar night. watercolor on paper. 2004

The old birch on the Yenisei. watercolor on paper. 2000