Soviet artist Nikolay Dormidontov was born 4 February 1898 in St. Petersburg. He studied at the Drawing School of Society for the Encouragement of Arts (1914-1918). His teachers were prominent Russian artists Arkady Rylov, Nikolay Roerich, Ivan Bilibin and Grigory Bobrovsky. After graduation from drawing school, he studied art in Vkhutemas (Higher Art and Technical Studios), in the workshops of D. Kordovsky, V. Shukhaev, K. Petrov-Vodkin, and V. Tatlin (1918-1922). He began participating in exhibitions of Soviet Art in 1922. Nikolay Dormidontov was the founder of The Association of Artists of Revolutionary Russia (1922-32), and head of its Petrograd (later Leningrad) branch. In addition, he was a member of such Art associations as “Sixteen” (1926-1928) and “Workshop of artists” (1930-1932). Besides, he taught art in Leningrad Art-Industrial college (1923-29). In 1932 he became a member of Leningrad branch of the USSR Union of artists. During the Great Patriotic War (1941-1945) he lived in besieged Leningrad, where he created a series of graphic works on the theme Leningrad in blockade. 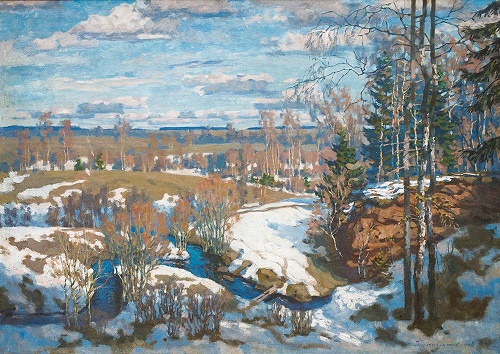 The main themes of paintings of Nikolay Dormidontov – industrial, sports and military themes, landscapes, and still lifes. Painting style evolved from neo-academism toward mastery of the plein air. He worked in the technique of painting, journal and easel graphics. Dormidontov is the author of such paintings, as “Football” (1925), “Outskirts of Leningrad. Musicians” (1928), “Still Life with a Skull” (1929), “Musicians” (1934), “Kirov skiing” (“Kirov among athletes,” 1937) “Oredezh” (1950), “The evacuation of the wounded” (1954), “On the spring sunshine”, “September” (both 1956), and others.

Soviet artist Nikolay Ivanovich Dormidontov died 24 October 1962 in Leningrad. His works are in the State Art Museum, Tretyakov Gallery, as well as in museums and private galleries of Russia, Ukraine, Germany, US, and other countries. 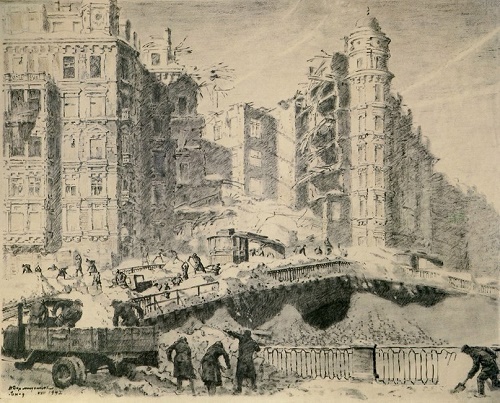 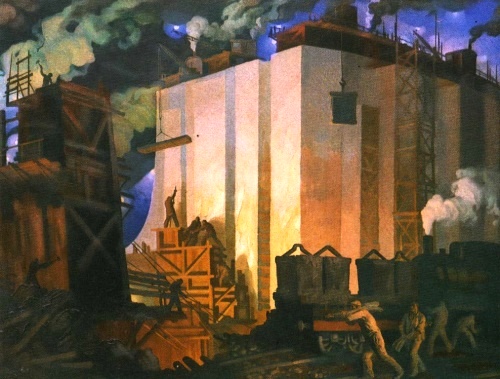 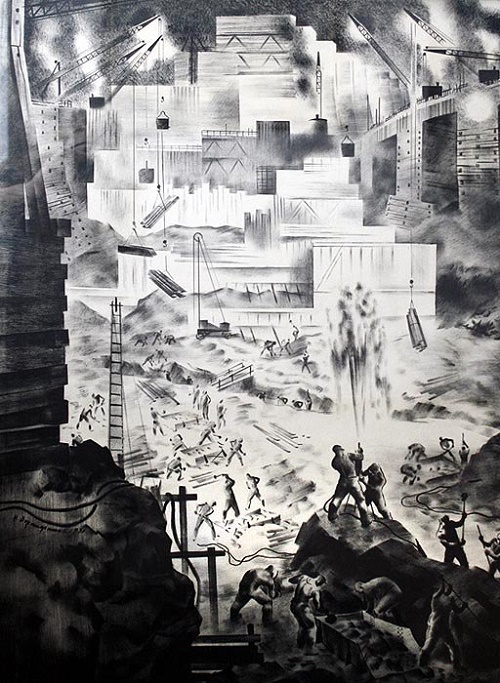 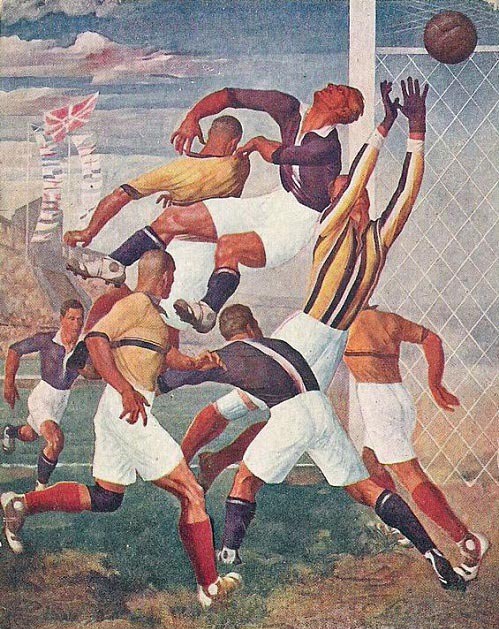 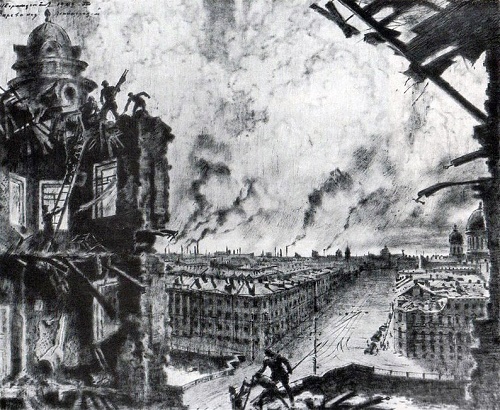 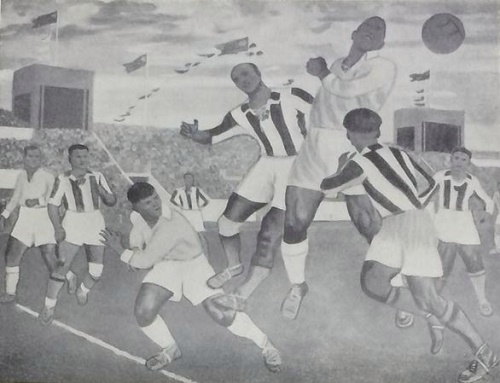 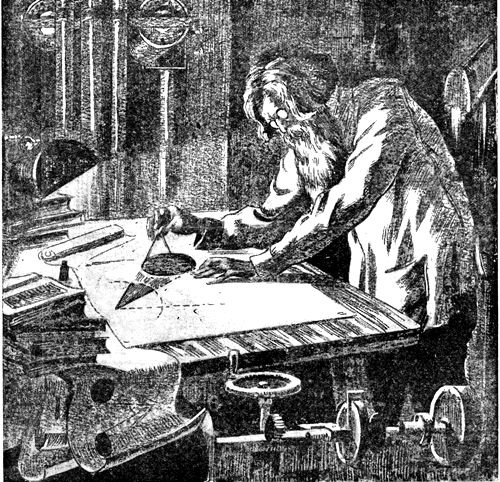 He spent all nights in the laboratory. Journal illustration, 1928 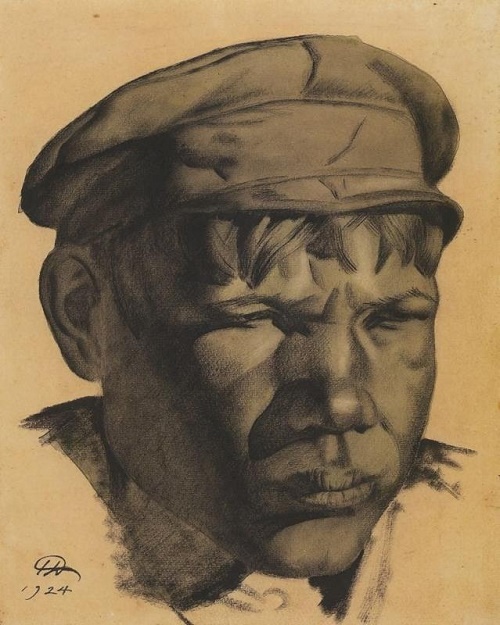 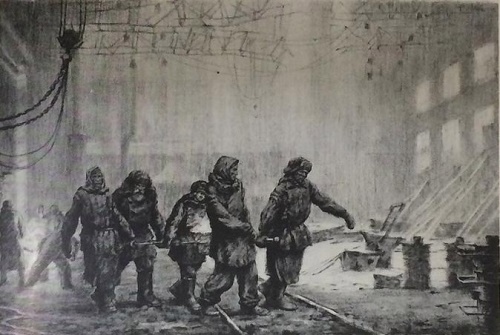 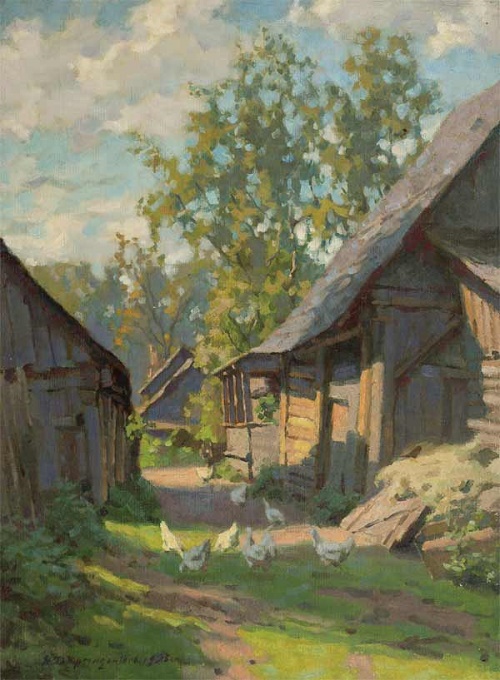 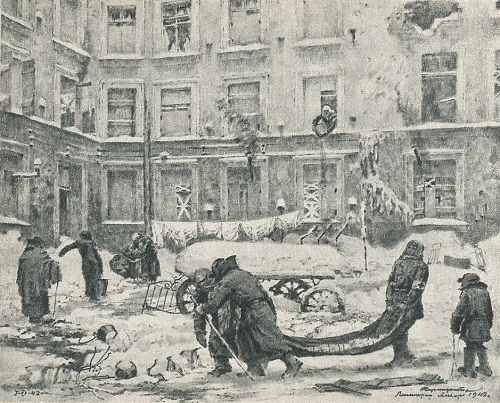 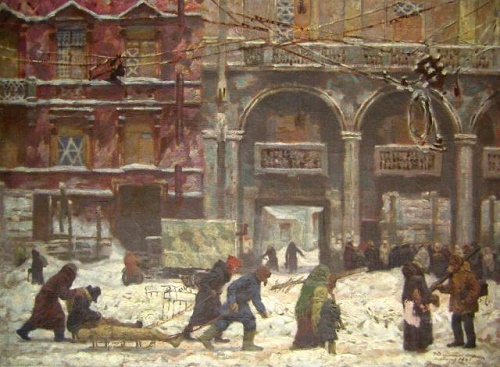 Leningrad during the siege. 1943 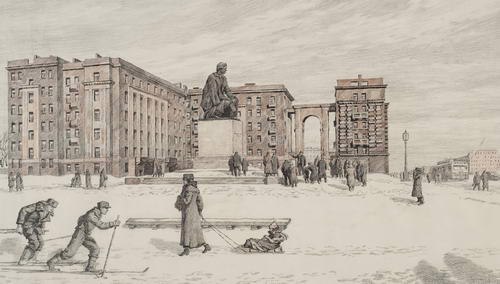 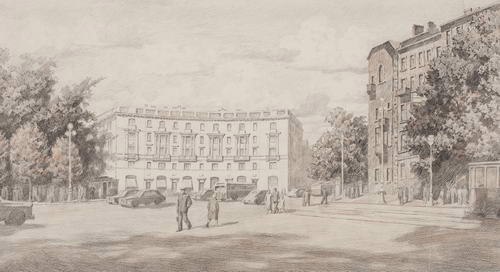 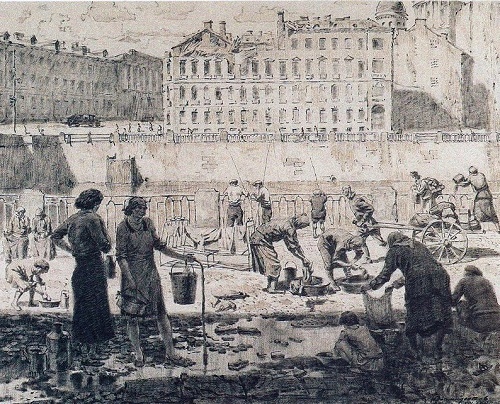 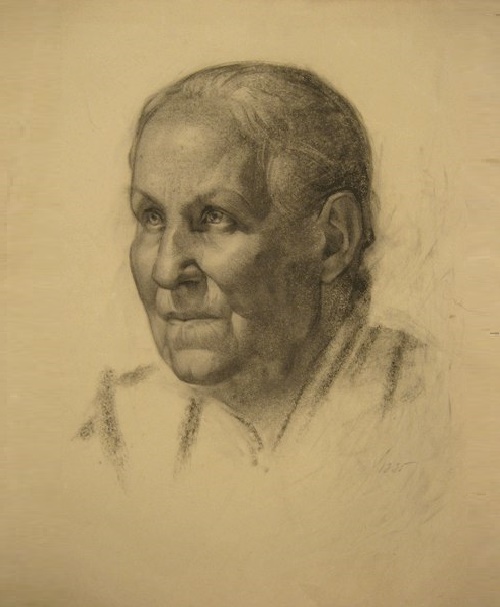 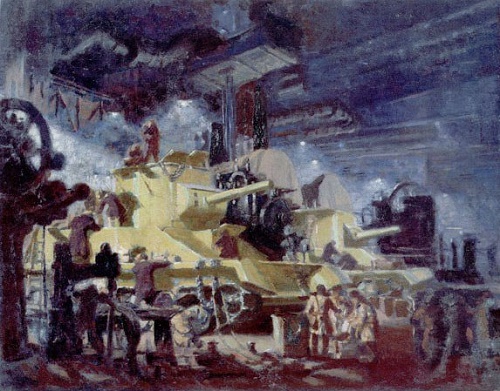 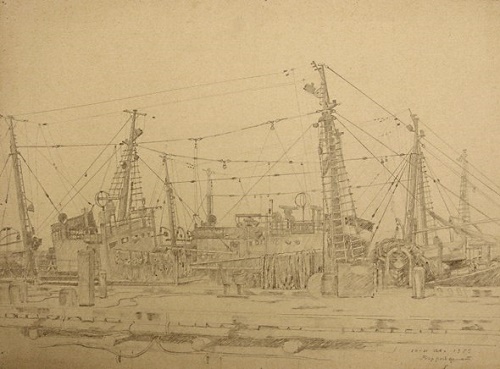 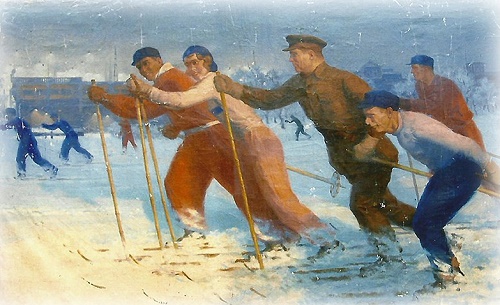 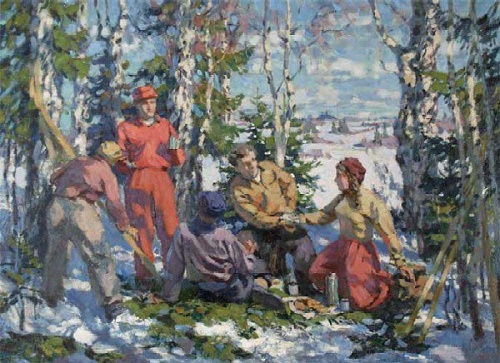 Skiers having a rest 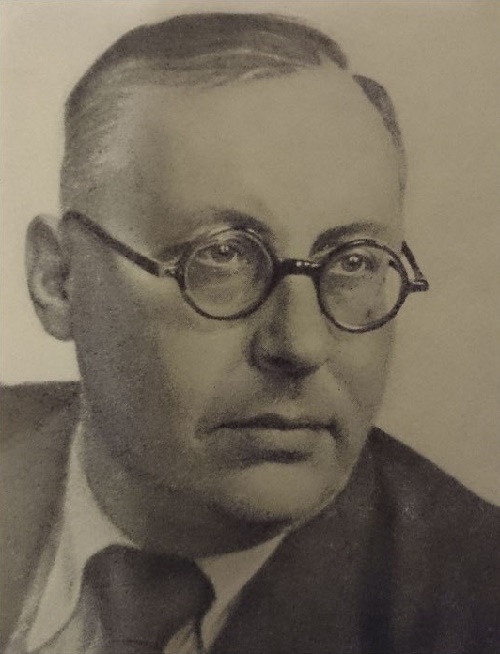 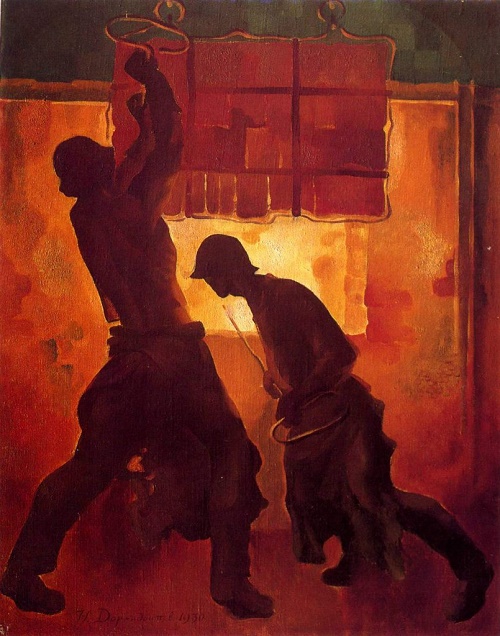 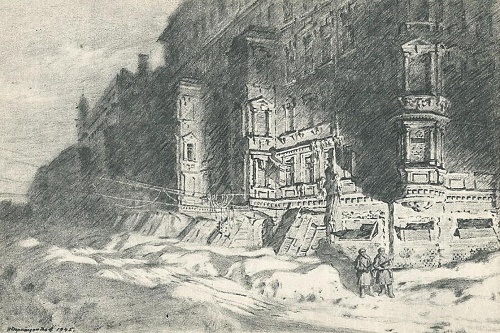 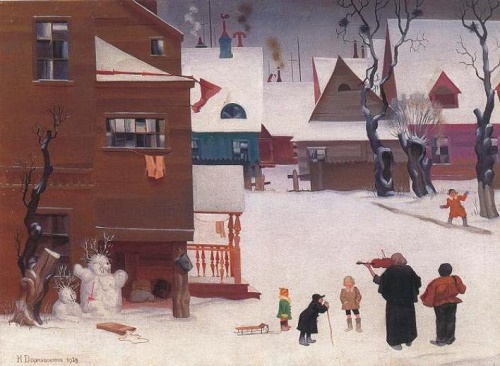