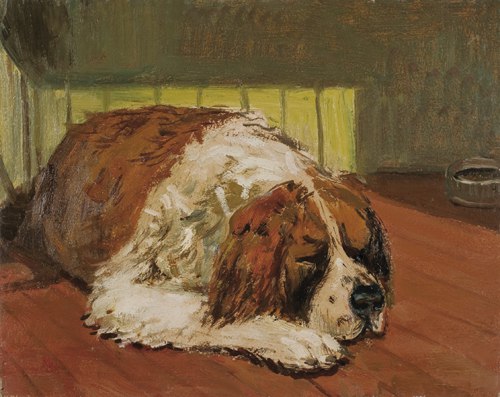 Soviet artist Igor Skorobogatov (10 June, 1920 – 1997) – animal painter, member of the Leningrad organization of the Union of Artists of the USSR. Honored Artist of the Russian Federation. Born in 1920 in Saratov into the family of a professional actor Konstantin Skorobogatov. Veteran of the Second World War (1941-1945), awarded with medals “For the defense of Leningrad”, “For victory over Germany”. During the Great Patriotic War he fought on the Leningrad front. Demobilized in 1945 in the rank of sergeant. And the same 1945 he entered the painting faculty of the Leningrad Repin Institute of Painting, Sculpture and Architecture of the Academy of Arts, from which he graduated in 1951. Skorobogatov studied in the workshops of prominent Soviet artists Isaak Brodsky and Professor Rudolf Frentz (1945-1951). His thesis work was the picture “On the collective farm” (1951). Already after the institute (1952), he began participating in exhibitions of Soviet art, together with the leading masters of fine arts of Leningrad. 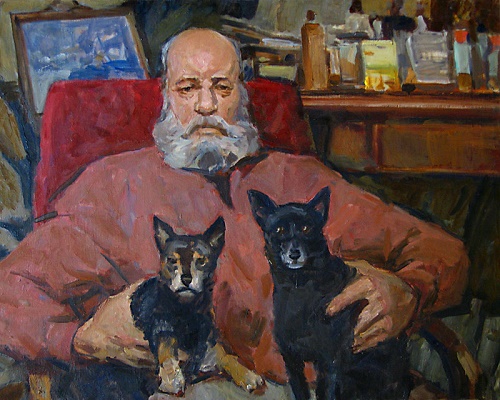 Meanwhile, he was mostly known as an animal painter. Besides, he created paintings in the genre of battle compositions, portraits, and landscapes. In particular, he is the author of such paintings as “Border Guards”, “Portrait of the People’s Artist of the USSR K. Skorobogatov” (the artist’s father), “The Black Horse”, “Aniline Stallion”, “Boxer Eroshka” (1965), “Pincher Lordik” (1970), and others.

The works of Soviet artist Igor Konstantinovich Skorobogatov are in the State Russian Museum, the Tretyakov Gallery, in museums and private collections of the USSR, Great Britain, France, Japan and other countries. 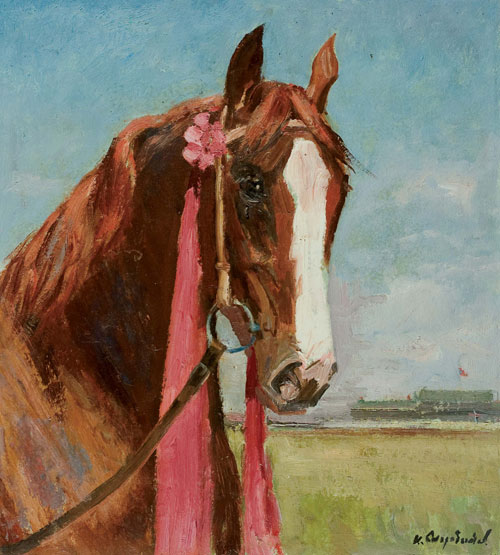 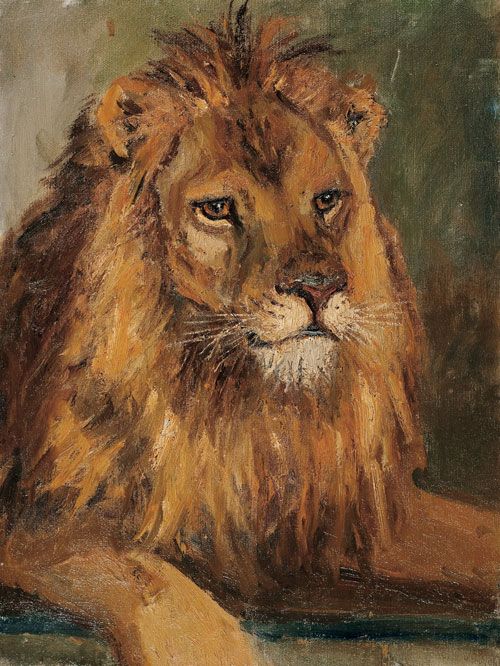 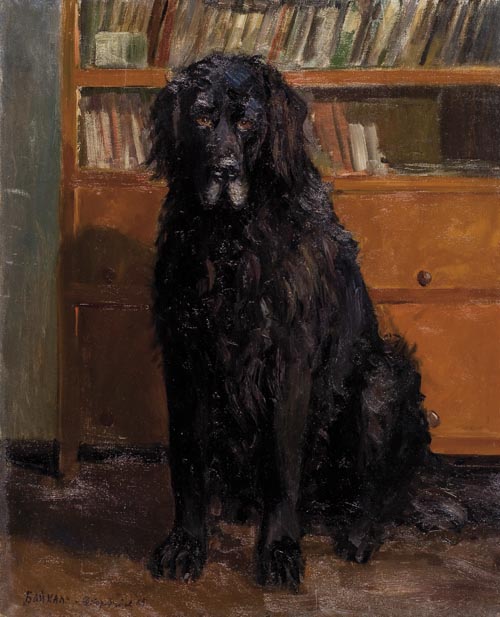 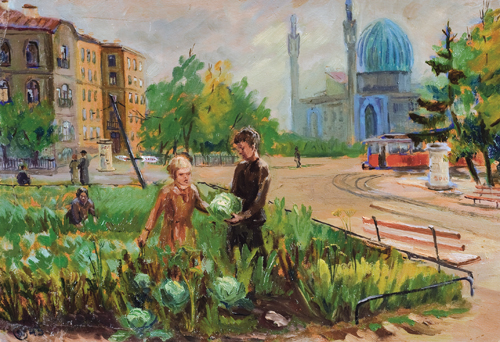 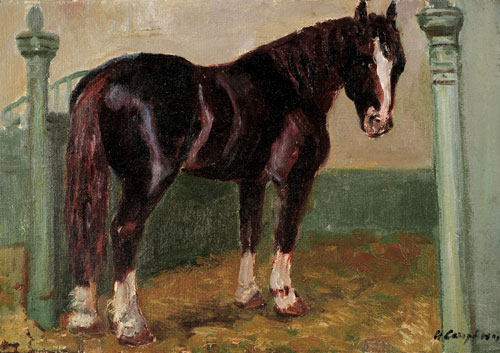 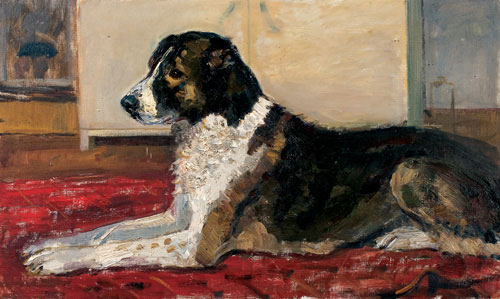 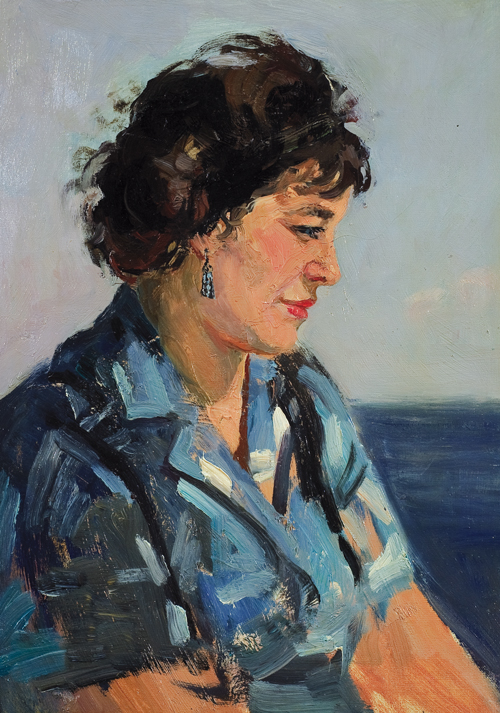 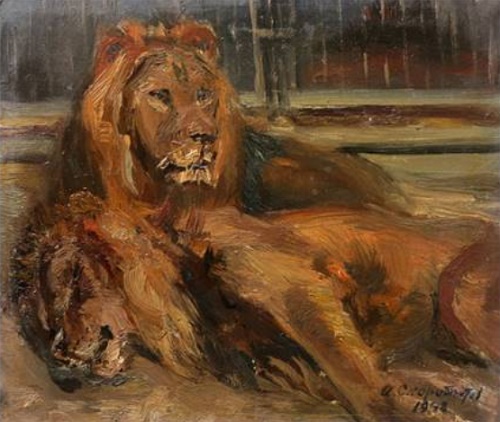 LN Tolstoy and IE Repin at walk. The sketch for the painting. Oil on cardboard 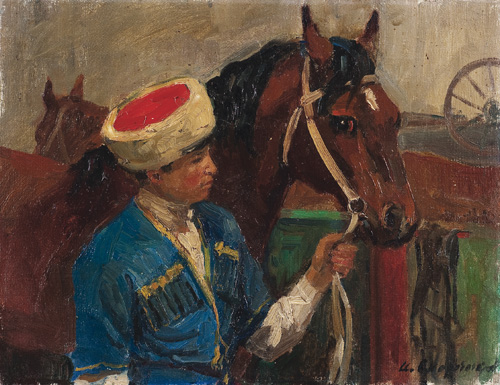 Murat with Kazbek. 1963. Oil on cardboard 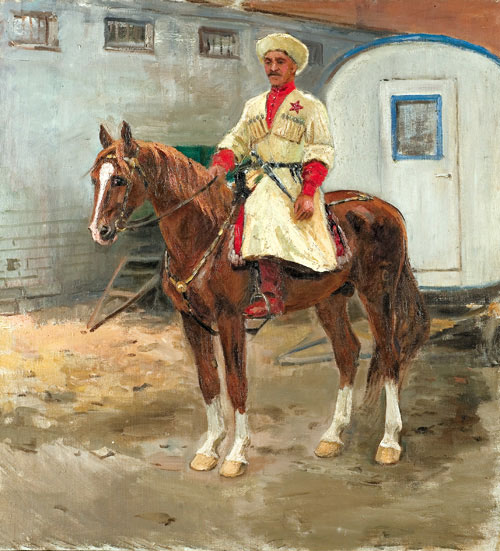 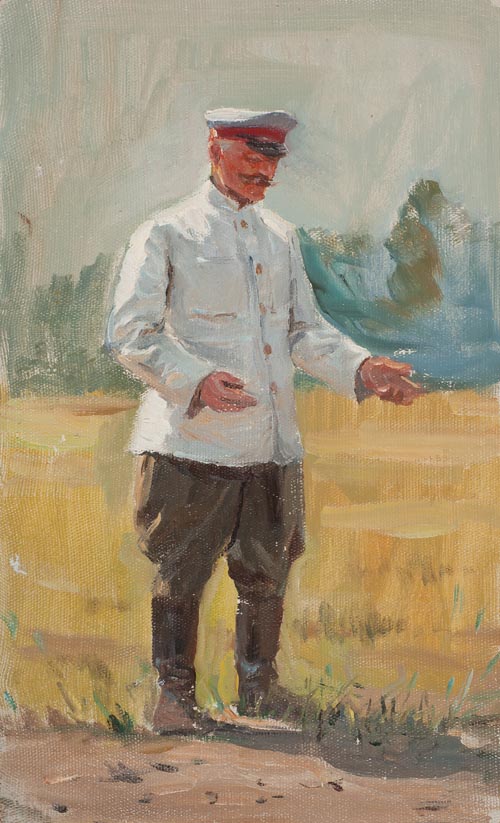 The groom of Budyonny. Oil on cardboard. Study for the painting 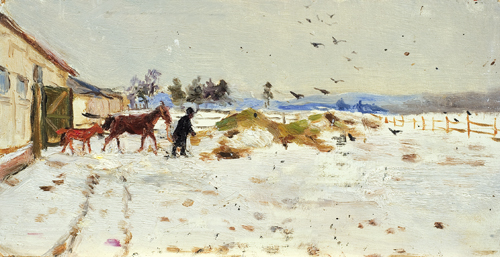