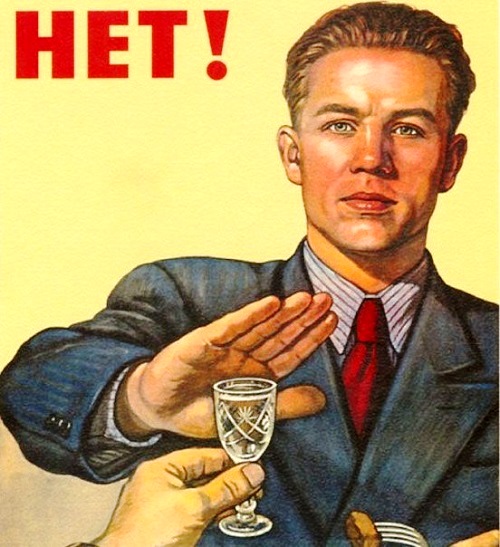 Soviet Anti-Alcohol Poster
The struggle with alcoholism began with the arrival of Soviet power. In December 1917, the Soviet government extended the ban on the sale of vodka. December 19, 1919 the Council of People’s Commissars of the RSFSR adopted a decree signed by Lenin – “On the Prohibition of the manufacture and sale of alcohol, spirits and alcohol-containing substances on territory of the country”, providing stricter measures: at least 5 years of imprisonment with confiscation of property. 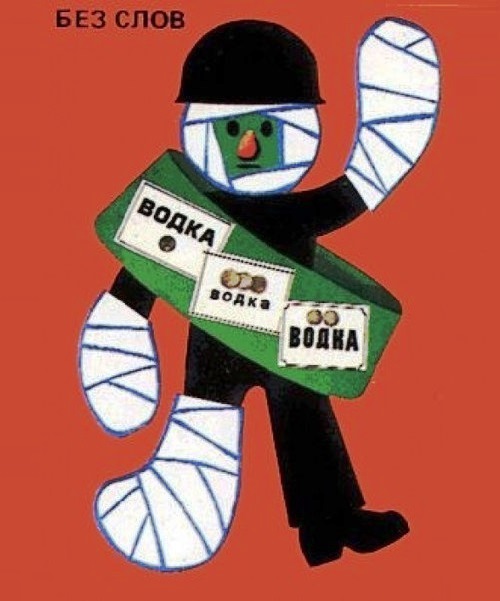 Vodka – cause of injury 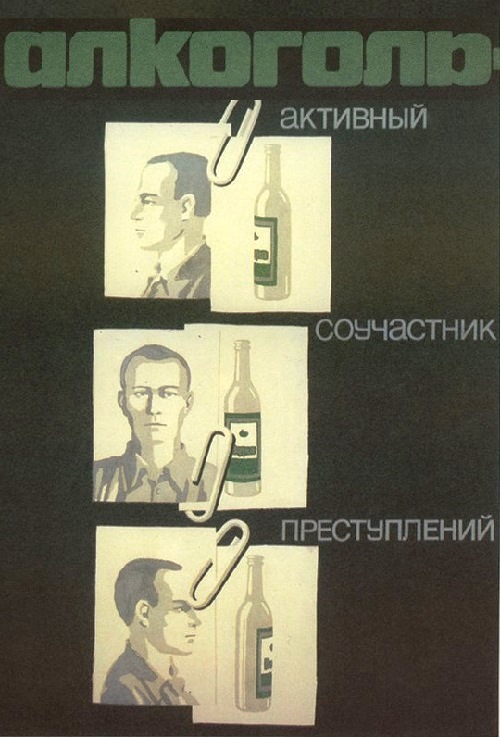 During the action of anti-alcoholic regulations were born to 5.5 million births, 500 thousand a year more than each year after the previous 20-30 years, and were born 8% less weakened. Male life expectancy increased by 2.6 years, and reached a maximum value for all history of Russia, the overall crime rate has decreased. Reduction of mortality compared to the estimated regression line, excluding the campaign is 919.9 thousand men (1985-1992) and 463.6 thousand women (1986-1992) – only 1383.4 thousand people, or 181 ± 16.5 thousand per year. 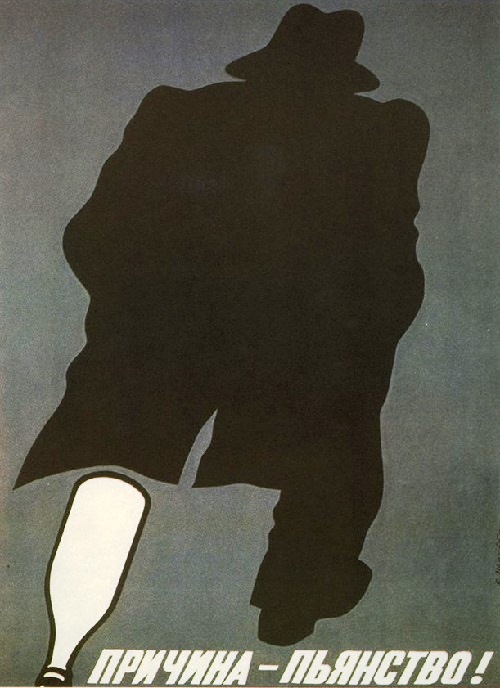 May 16, 1985 began a large-scale anti-alcohol campaign in the USSR. The text of the anti-alcohol program printed all newspapers. The slogan “Sobriety – the norm” was the motto of the anti-alcohol company. Between 1986 and 1990, the life expectancy of the male population of the state increased by 2.5 years and reached nearly 63 years. Also, there has been a turning point in the fight against cardiovascular disease. Crime in a state of intoxication has decreased by several times. Russian society has improved their health. 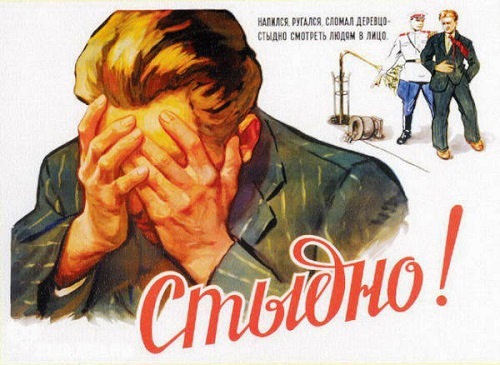 But at the same time, the decision to “sober up” the country was adopted without proper historical and economic study, without regard to consumer psychology. The domestic wine-making and distilling industry was put in a difficult position, which has caused moral damage, and caused widespread popular discontent. Absurd orders led to tragedy: people who have linked their lives with winemaking, were ruined, and died of a heart attack or committed suicide. Increased moonshine poisoning and poor quality substitute.

We must always remember that drinking alcohol leads to disastrous consequences for the individual and for society as a whole. 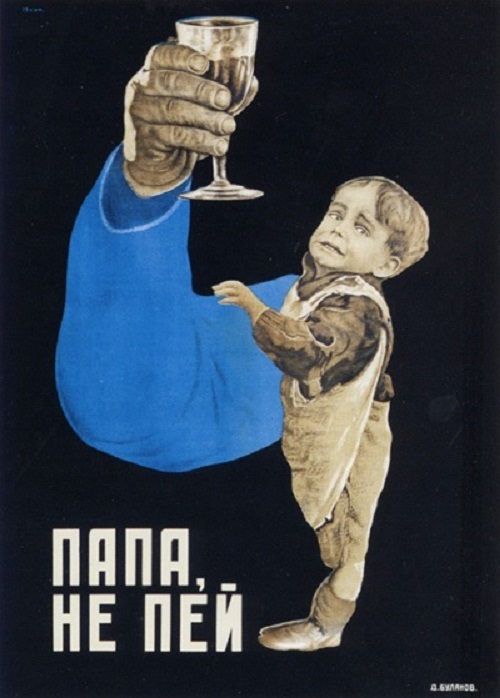 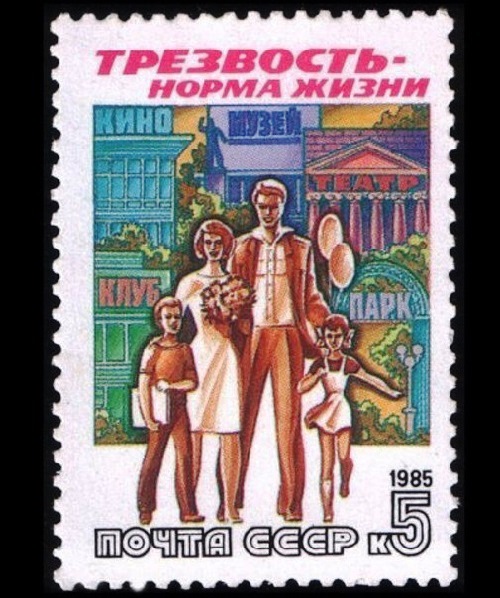 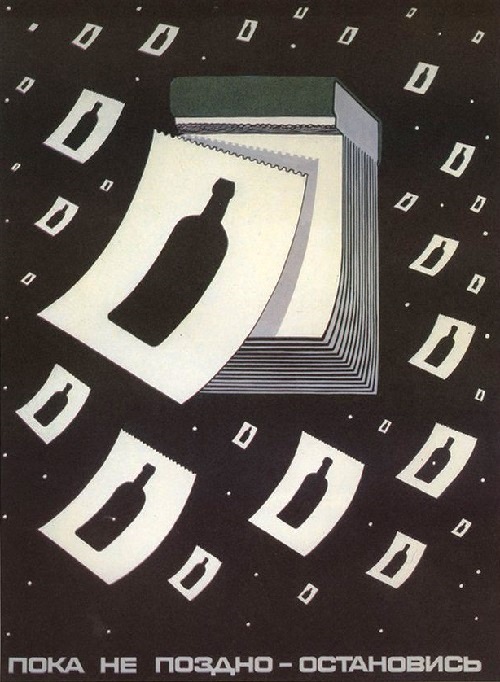 Stop before it is too late 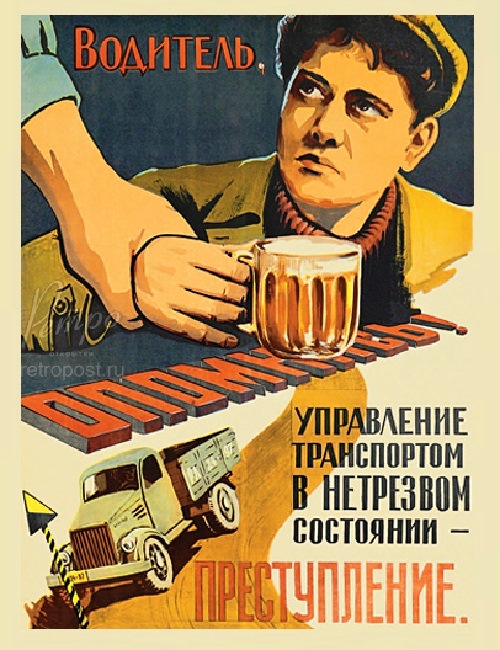 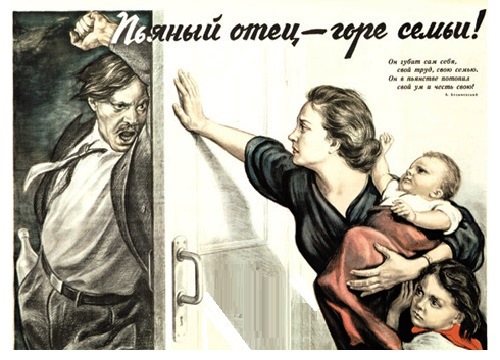 Drunk father – tragedy for the family 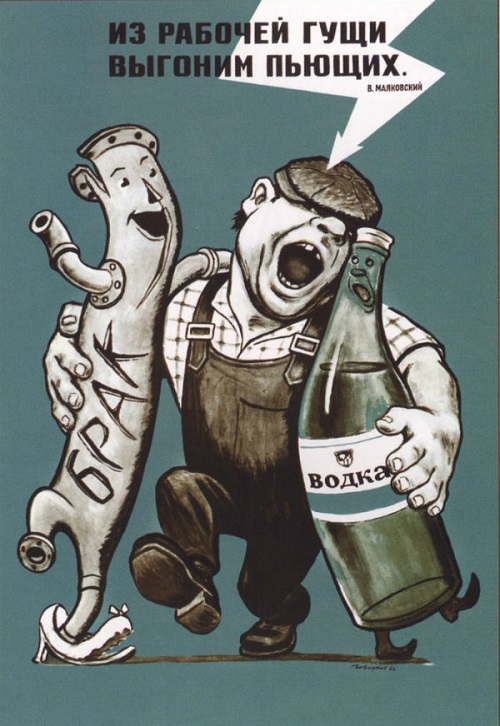 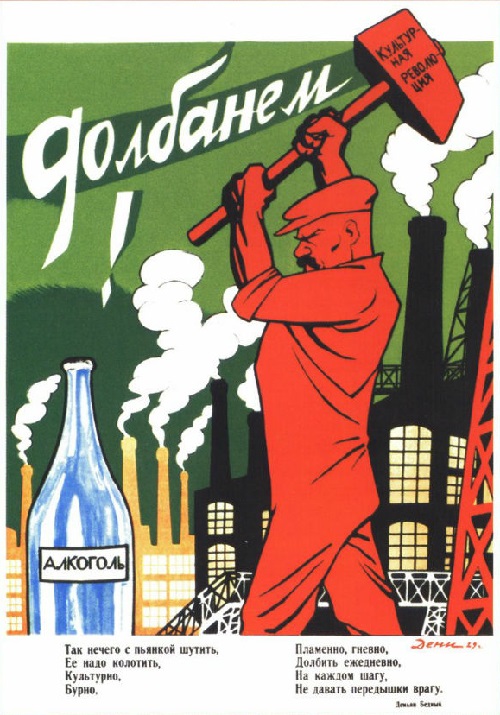 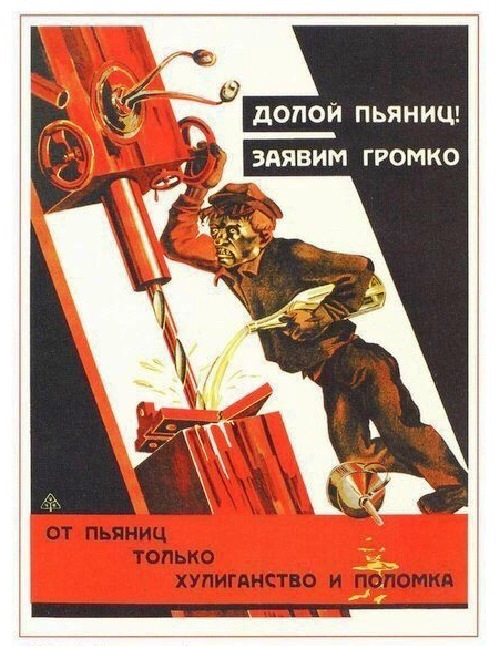 I. Yang, A. Chernomordik. Anti-alcohol poster. Drinking people cause much trouble. 1929 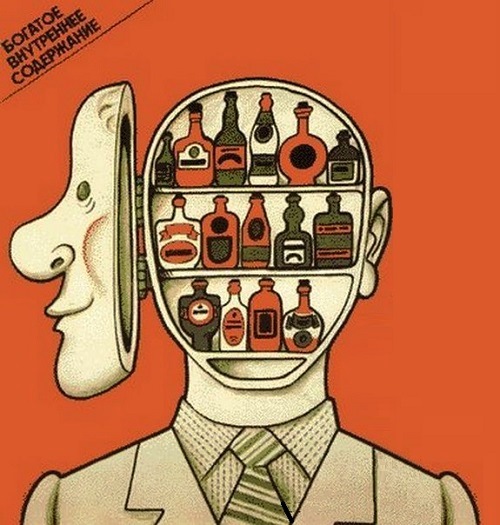 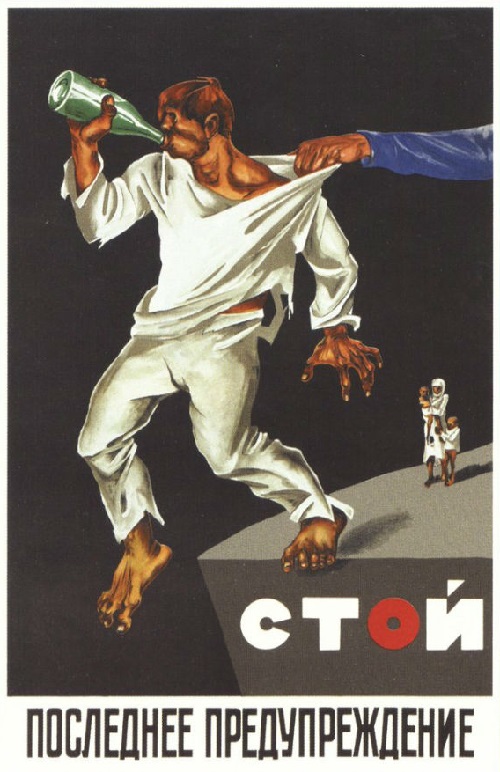 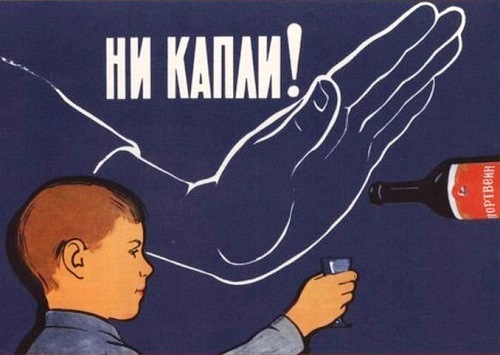 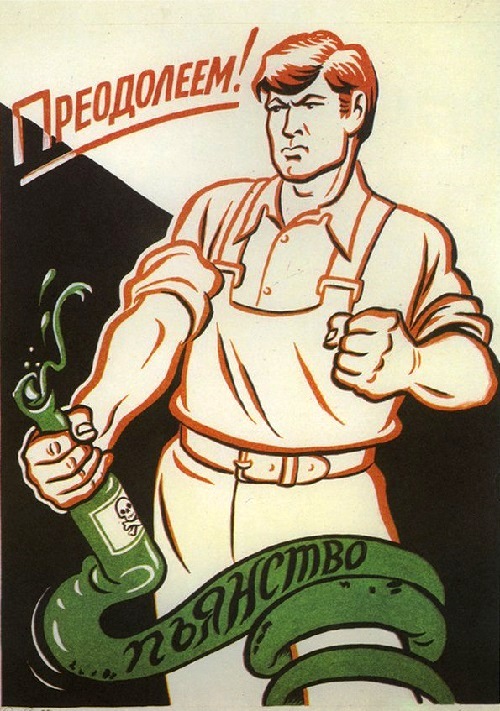