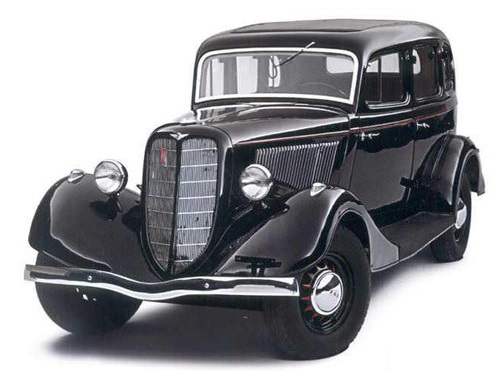 USSR Automotive Industry. March 16, 1936 – in the USSR at the Gorky Automobile Plant was produced the first Soviet passenger car M-1

The Soviet Union journal sometimes published articles about the different types of cars and trucks, produced in the USSR. Articles were accompanied by photographs showing the production of cars at the Soviet factories. The USSR Automotive Industry can be rightfully called a child of the Soviet power. In tsarist Russia there was no automobile, except for attempts to organize the production of passenger cars in the Russian-Baltic Shipyard – attempts that ended in failure: over 6 years this company produced 450 cars …. Thus, the Soviet Union has created a new industry, that already in 1937 produced more than 200 000 vehicles, ahead of the production of trucks in England, France, Germany. 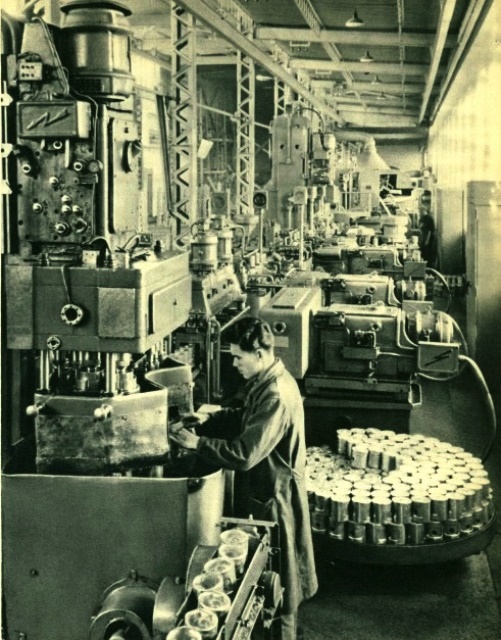 In the same 1937 the Soviet Union road transport in terms of tonnage of carried cargo was ahead of rail transport. The growth of road transport of goods continued at a very rapid pace.

Automobilization of the Soviet country was carried out in an extremely short period of time. In the first years after the Great October Socialist Revolution, the general state of the industry made it impossible to seriously raise the production of automobiles at a scale appropriate to the needs of the national economy. First of all, it lacked the necessary metallurgical base. Nevertheless, a small production of cars yet been launched. The first Soviet cars – a half-ton trucks of brand “AMO-F-15” – were released at “AMO” plant in 1924. 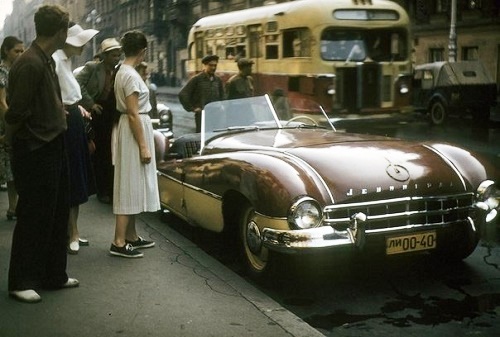 In 1929, Stalin set the task – to organize the mass production of cars in the Soviet Union. It was very difficult, for several years the country has had to create a new branch of industry, to prepare a cadre of professionals, to work out the design of vehicles and their production technology, to establish a subsidiary industry. However, as life has shown, it was the right decision, for the mass production of cars most fully consistent with the socialist character of the booming national economy of the young Soviet state. 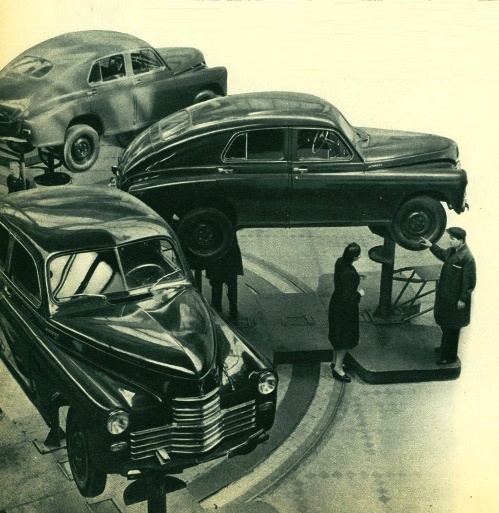 The construction of two giant plants: in Moscow (ZIS) and Gorky (GAS). Automobile factories and related to their businesses work (for the manufacture of bearings, electrical equipment, automotive equipment, springs, tools for drivers and so on.) set up in record time. Thus, GAZ of Molotov was built in 18 months.

In the well-equipped car companies began mass production of Soviet cars, relevant to traffic and climatic conditions of the country, simple and easy to use, reliable, durable, economical.

Car production in the Soviet factories

Car production in the Soviet factories was based on the in-line method. Automatic and semi-automatic machines quickly produce processing of parts. Such machines are often combined in groups to create automatic lines. These lines in the automobile factories are mainly for machining of complex parts – such as the engine block. In one such automated lines at the same time are in operation 228 536 spindles with cutting and measuring tools. The entire installation operates without direct of human and every 2 minutes gives one unit.

A further step towards increasing productivity and facilitating human labor was the establishment of factories, machines, which automate all manufacturing operations for the production of the corresponding parts, ranging from forging or casting and finishing machines. 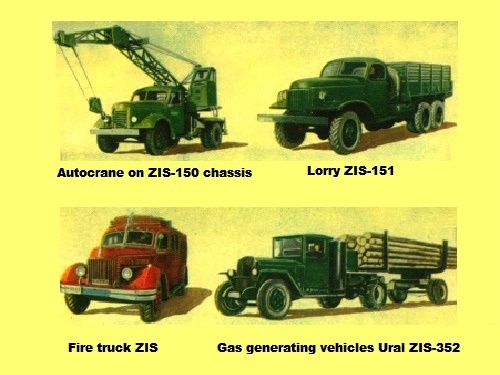 During the Second World War and in the postwar period, the Soviet car industry continued to evolve. Developed automobile factories in the Urals, the Caucasus, in Central Russia, Belarus; was built a number of major car assembly plants in other areas of the country.

First in the world
In the Soviet Union, first in the world’s autostructure practice, appeared a new model of the plant without stopping the production. At that time, as the last car of the old model left the main conveyor, in its initial station has conducted an assembly of a new machine brand. 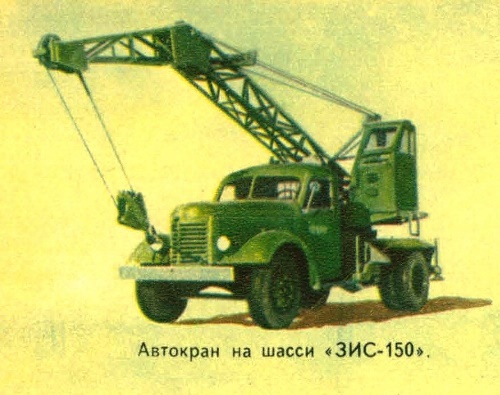 Among the new models of trucks should be noted the six-cylinder “GAZ-51” with a capacity of 70 horsepower and a lifting capacity of 2.5 tons; transport vehicle-road “GAZ-6z”; 4-ton truck “ZIS-150”, three-axle truck “ZIS-151” and others. 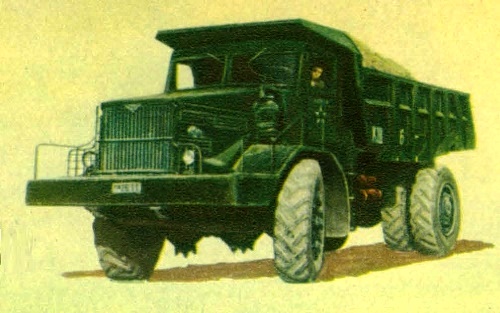 Yaroslavl Automobile released in 1953 heavy 10- and 12-ton vehicles equipped with a diesel engine, which is about 30-35 percent more economical than gasoline. Minsk Automobile Plant has released 5-ton dump trucks, 7-ton trucks and tractors for work with semi-trailers.

The unprecedented scale of the ongoing construction work in the USSR demanded the creation of a completely new, grand machines. Designed dump trucks of different capacity, up to and including 25 tonnes (Minsk factory). The diameter of the wheels of this machine – 165 centimeters. This is more than the total height of the car “Moskvich”. The length of a 25-ton truck “MAZ-525” – 8 meters 30 centimeters, width – 3 meters 21 centimeters. 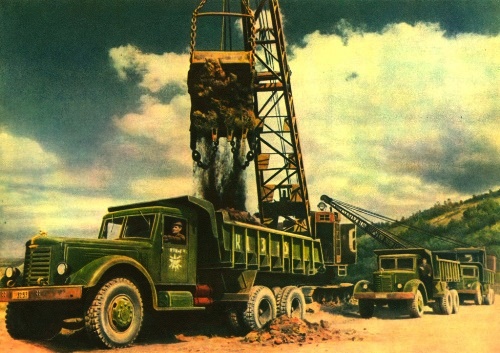 Body of tipper easily withstands impact large land mass ejected from the excavator bucket to a height of several meters. “MAZ-525” in one trip drove the soil as much as take a two-axle flatcars. When unloading the soil, car body overturned by means of powerful hydraulic lifts. Unloading took only 30 seconds. Serviced by a car driver.

The concentrated nature of the socialist industry of the country, the large number of scheduled traffic, the ability to combine in the work on a single plan different modes of transport: rail, water and road – all this created the conditions for the effective use of high-tonnage vehicles.

In the Soviet Union built a lot of power, which in addition gave the country a huge amount of electricity. This made relevant the production of electric car engine and high-capacity battery. In the cities (especially large ones) to replace vehicles with an internal combustion engine, polluting the air had to come economical electric car. 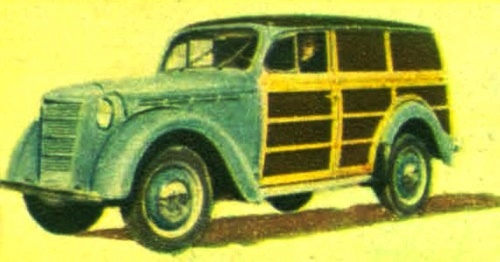 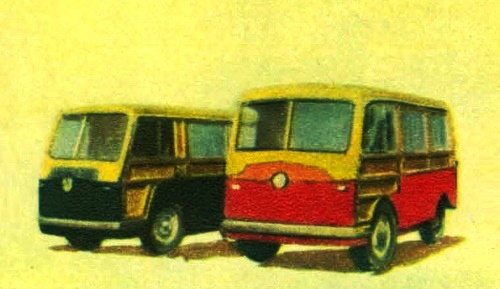 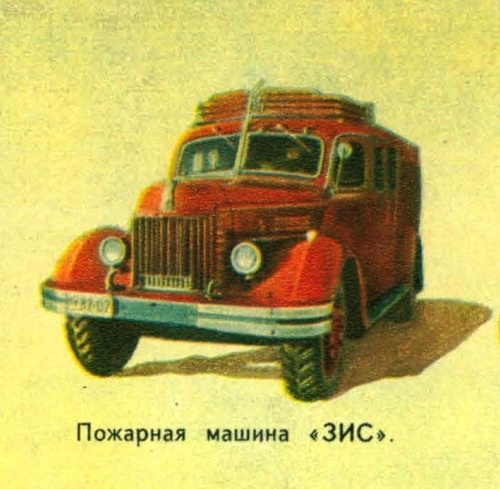 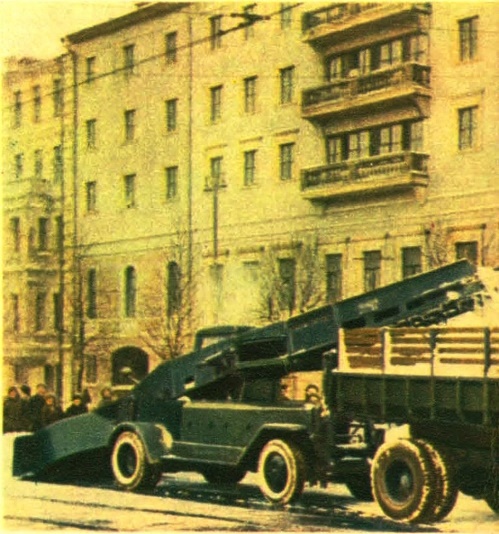 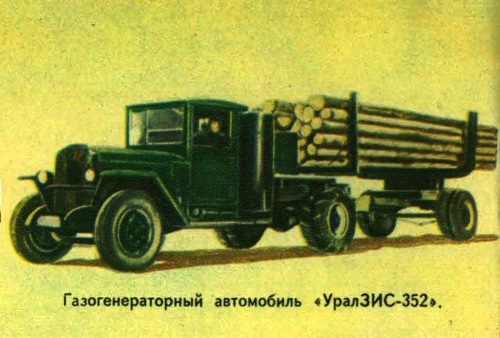 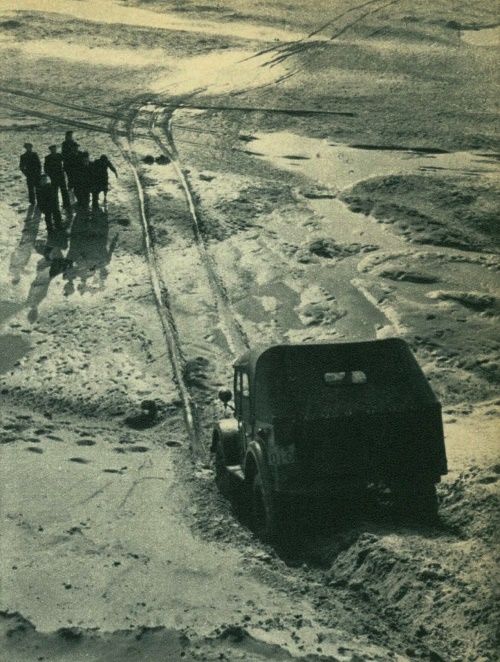 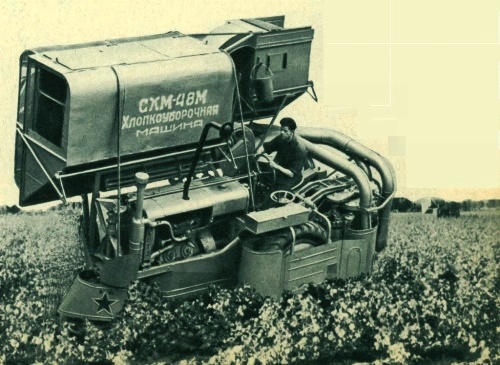 In 1948, the cotton harvesting machine SHM-48 was created, which replaced work of 40 people 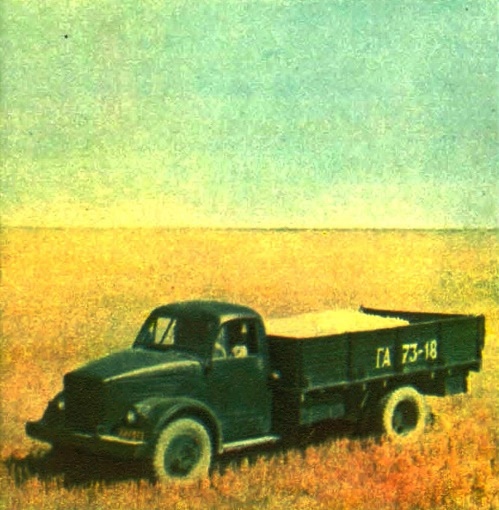 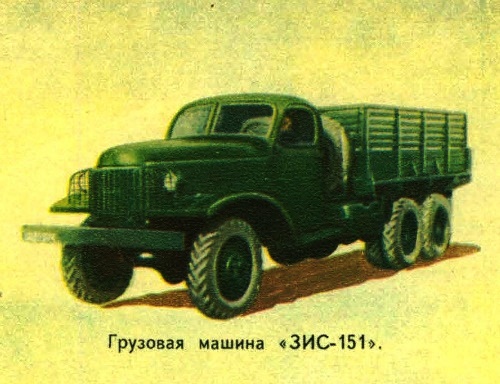 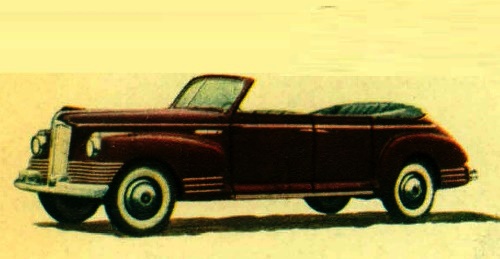 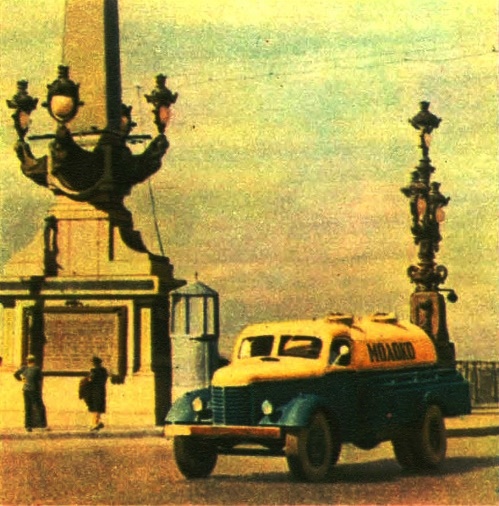 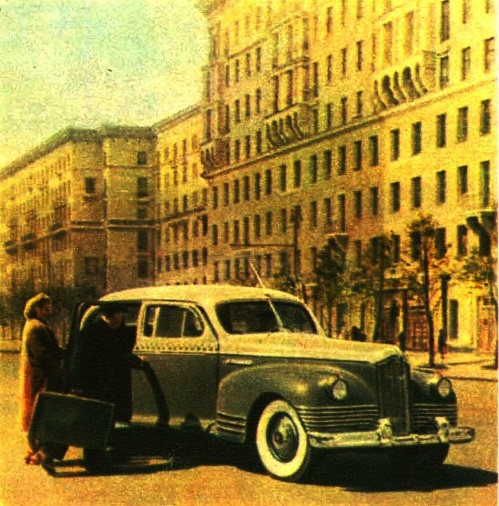 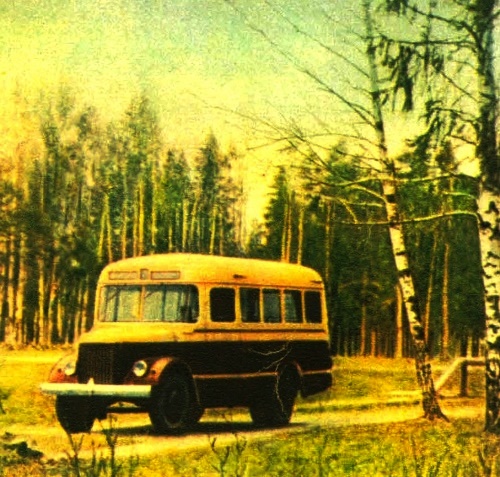 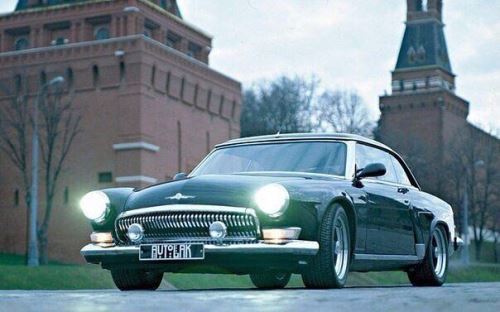 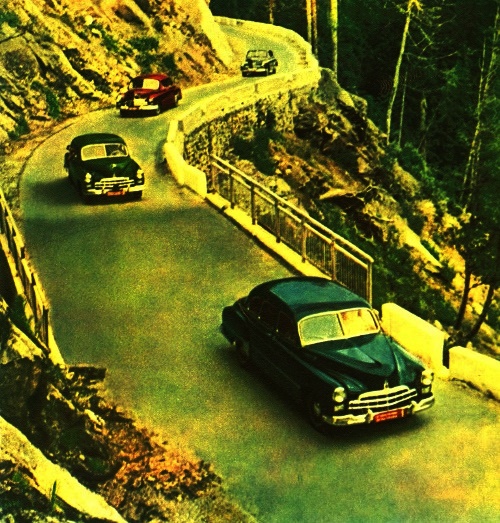 ZIM car on one of the mountain roads of the Caucasus 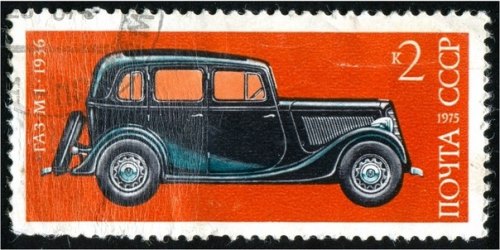 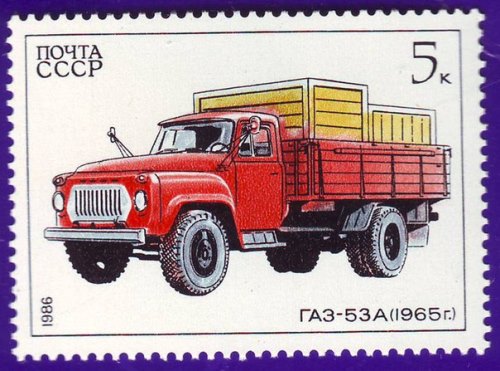 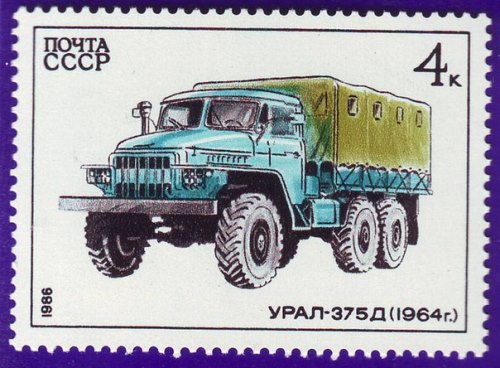 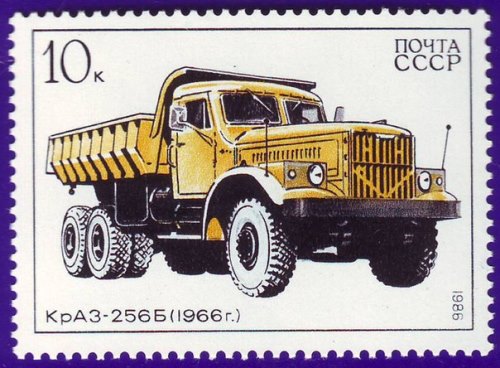 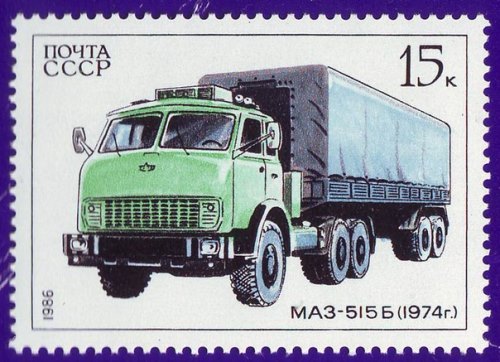 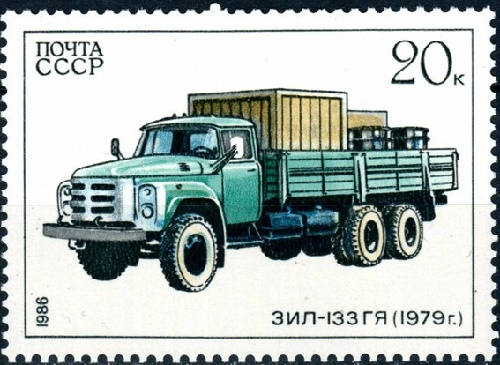