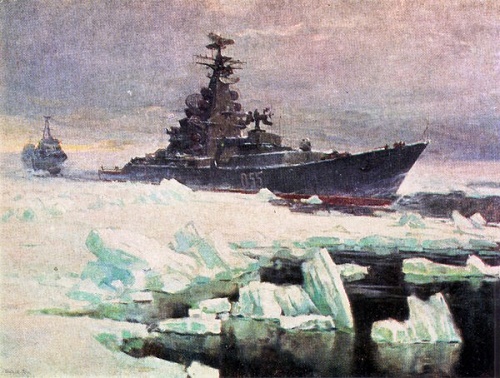 Leonid Baikov (28 July 1919 – 17 June 1994) – Soviet Russian painter, a member of the Leningrad Union of Artists of the RSFSR, and a veteran of Great Patriotic war.
Leonid Petrovich Baikov was born July 28, 1919 in the city of Vyshny Volochyok of Tver province. His father, Peter Ivanovich worked as a carpenter, and mother Elizaveta Baikova (nee Koroleva) was a seamstress and worked in housekeeping. In 1927 the family moved to live in Leningrad. In 1933 he began studying at the Art Studio at the secondary school of Vasileostrovsky district. A year later he took part in city competition of young talents, after which he became the student of Leningrad Secondary Art School at the Russian Academy of Arts. His teachers were Soviet artists Vladimir Gorb and Alexander Debler. 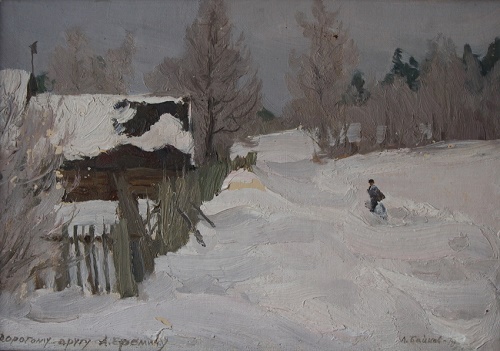 Winter in the village of Kisharino. 1979

In 1939 Baikov entered the painting department of the Leningrad Institute of Painting, Sculpture and Architecture. But in the same year he was drafted into the Red Army. After the service, in 1939 – 1940, he studied at the Pushkin District School of junior aviation specialists of Leningrad. From May 1940 to March 1942 he served in the Fighter Aviation Regiment of the 7th Air Army. Among his awards – the medal “For Service in Battle”, “For the Defense of the Soviet Arctic”, “For Victory over Germany”, and “Order of the Patriotic War, 2nd degree.”

Baikov returned to studies at the Leningrad Institute of Painting, Sculpture and Architecture named after Ilya Repin in 1946. In 1952 he graduated from the studio of Professor Mikhail Avilov with diploma thesis – painting “The veterinarian on the farm.”

The works of Soviet artist Leonid Baikov are in museums and private collections in Russia, France, Japan, Britain and other countries. 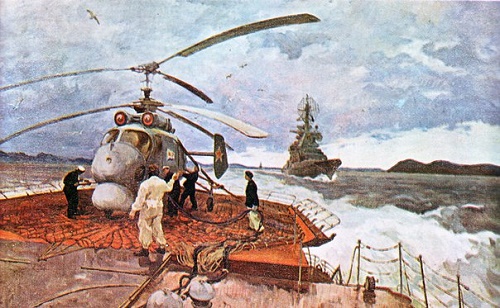 Going to the ocean. Preparation of helicopter for flight 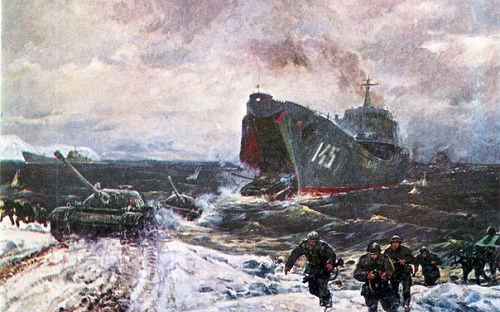 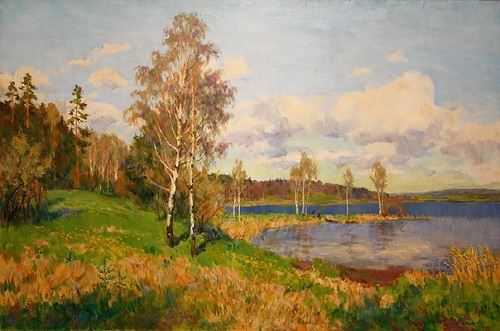 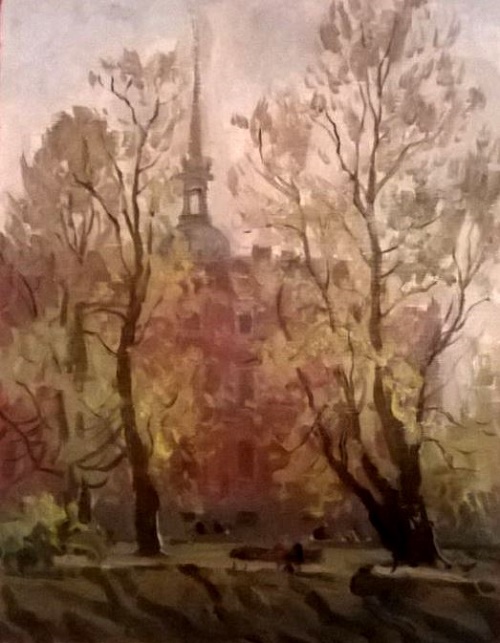 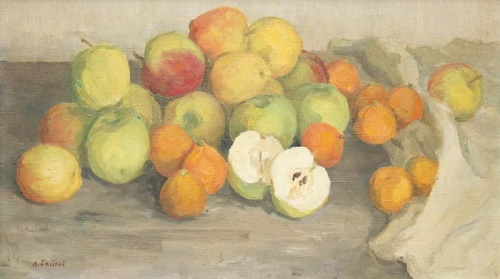