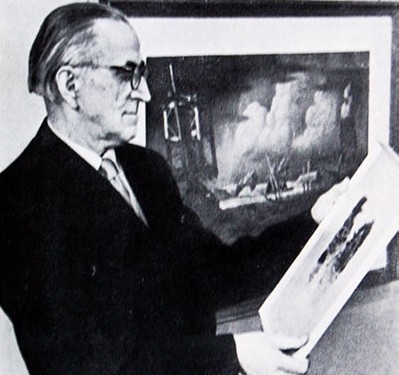 People’s Artist of the USSR Gunther Reindorf (1889-1974) is known as an outstanding master of landscape drawing.

Reindorf was a versatile and enthusiastic man. In his youth he began collecting insects and later became a serious entomologist. Sometimes I didn’t touch a pencil for months. Something similar happened with artistic interests.

He received his special education at the Stieglitz School in St. Petersburg. There Reindorf studied applied graphics, and at the same time took classes in theatrical scenery and etching. Many years later he devoted himself to applied graphics during the First World War he worked as an artist-composer of securities, and after the victory of October he worked in Goznak in Moscow and was one of the creators of the first Soviet emblems and postage stamps. But he was attracted by other types of applied graphics, and much else in art. 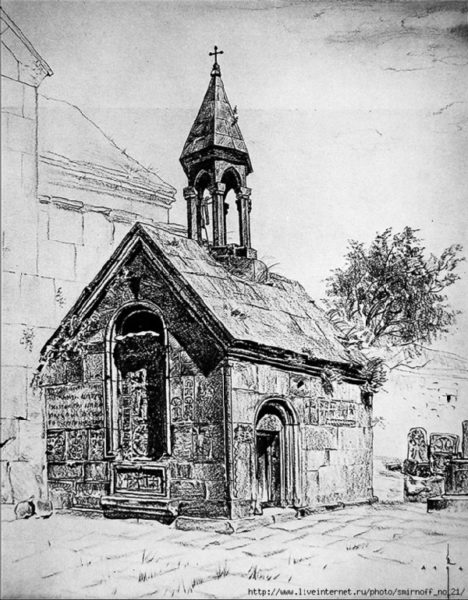 And the landscape drawing?

At first, it was a deeply personal sphere: in nature sketches, the artist found a lyrical counterbalance to the painstaking, and sometimes just tedious, work on securities, patterns, signs. The landscape was his hour of freedom. Only much later, from the end of the forties, Reindorf devoted himself almost entirely to landscape. Yes, it seemed that several “I’s” coexist in one person at once and there is no peace between them. In fact, the master of patterned calligraphy and type, book designer and illustrator, butterfly hunter and entomologist, romantic observer of nature and lyric landscape painter is not only one and the same person, but an unusually whole person. 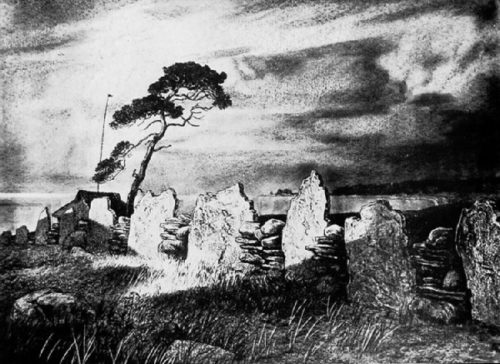 Among Reindorf’s illustrations for “The Tale of Tsar Saltan” there is one where the departing ship catches up with Prince Guidon, who has turned into a fly. Only a real connoisseur could draw a fly (and even a certain type!) In this way. However, we would greatly simplify the matter if we began to note where and how insects appear in his drawings.
Long and concentrated observations of the entomologist enriched understanding of nature, sharpened the vision of Reindorf as a landscape painter, taught everywhere to guess the universal beginnings of life. 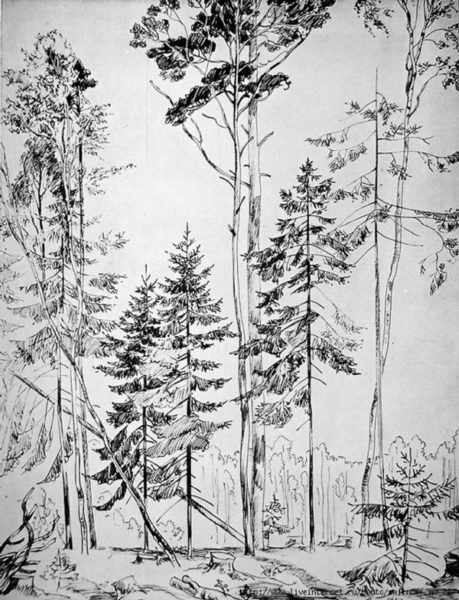 Landscape graphics really crowned all of Reindorf’s work, and in it, directly or indirectly, the spiritual and artistic experience of his entire life was reflected. In these drawings, nature is seen as if from different distances, as if the artist was changing optics.

Close-up drawings usually go far beyond the scope of full-scale study or preparation for future use. These are completed works in their own way, their idea cannot be expressed otherwise. Through any natural littleness, the artist perceives the universal laws and connections of things. 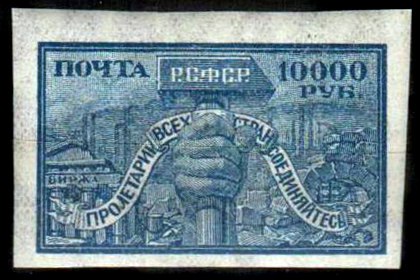 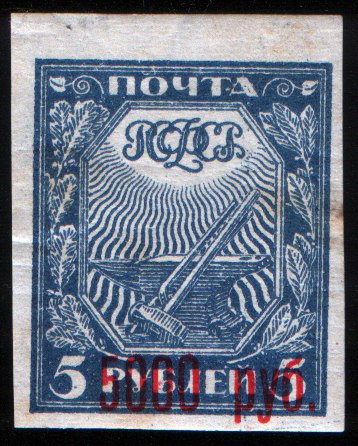 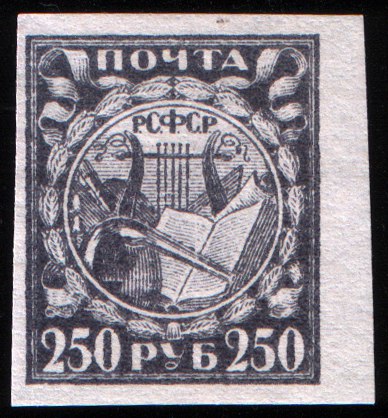 In such drawings, a careful study of nature is combined with philosophical contemplation.

The illusory world on the other side of the picture plane and the real world on this side are correlated and proportional to each other. This effect disappears when we move on to large panoramic sheets, not only in terms of visual coverage, but also in shape. If in the depiction of single objects the researcher and the philosopher prevailed in the artist, and calm lyrical contemplation prevailed in the second group of drawings, then in the large synthetic compositions romantic pathetics triumphed. All of them were composed in the workshop, and only some details are freely borrowed from drawings from nature. Here Reindorf, while remaining true to nature, gives scope to his imagination. 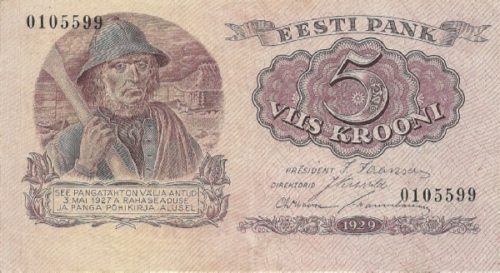 A fisherman with an oar in a typical fisherman’s costume of the first half of the 20th century. 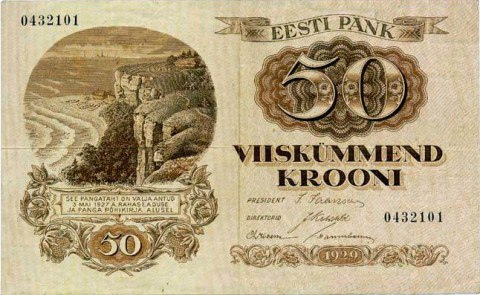 Above, on the right, the coastline in the village of Rannamõisa 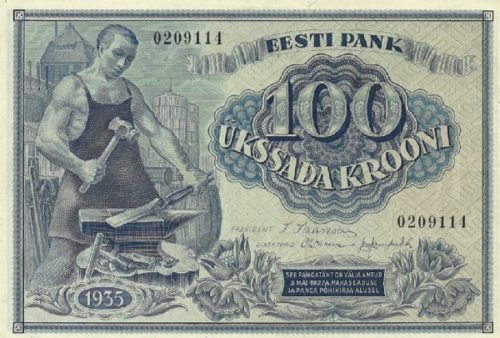 In the foreground is a blacksmith at work. Behind the blacksmith, on the right – a barrel of water, on the left – a tool.

Sibelius’s Finland is a good example.

Having named his drawing after the symphonic poem of the great Finnish composer, the author drew our attention to the relationship between the visual image he created and the musical one. The masses of rocks, clouds, forests and waters, the relationship of tonal planes, like moving sound masses and the relationship of sounds, act as carriers of vivid emotions. These are experiences of special power, an intimate relationship with nature is impossible here.

It is not surprising that the best illustrations, created by Reindorf, are drawings for “Old Estonian Folk Tales” by Fr. R. Kreutzwald. Indeed, in a fairy tale there is always a naive and wise belief in the omnipotence of natural forces, which is so close to the artist’s worldview. And besides, these are Estonian fairy tales. Of course, Reindorf painted not only Estonia, but the Estonian landscape, of course, dominates in his work. The characteristic features of the nature of this small republic, organically merged with the features of the millennial way of life of the people living here, were its main affection. Here he found everything to build his unique poetic world. 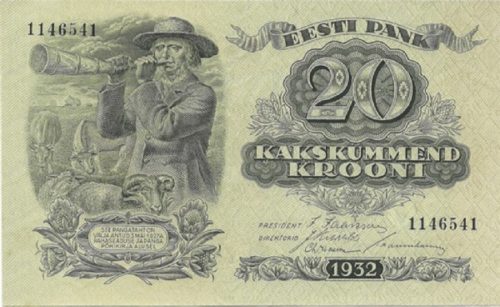 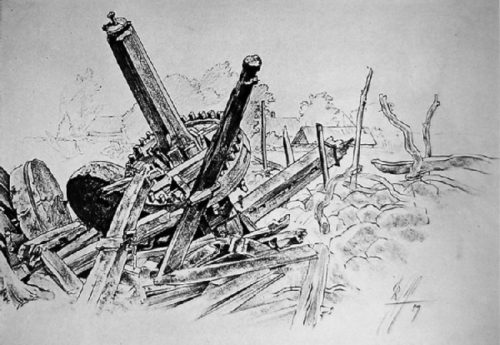 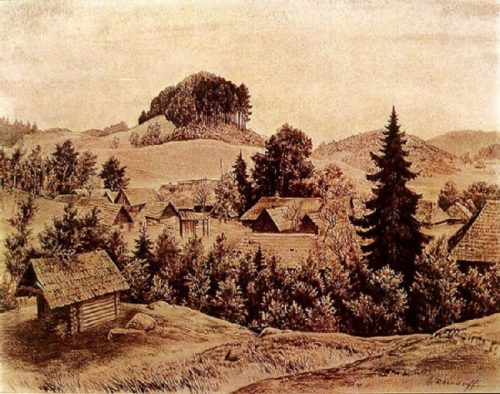 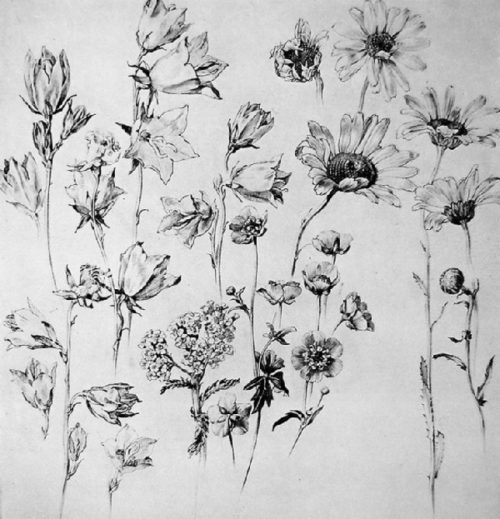