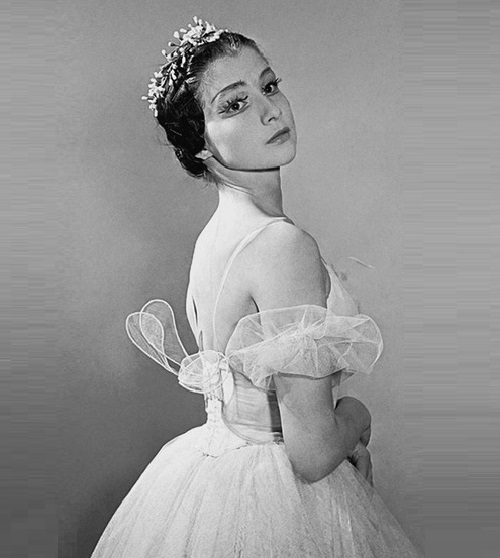 Outstanding Soviet ballerina Ekaterina Maximova was born on February 1, 1939 in Moscow. Her father, Sergei Maksimov was an engineer and her mother Tatyana Maximova – journalist and editor of the publishing house. Grandpa of Ekaterina Maximova – Gustav Shpet was a Russian philosopher, psychologist, art theorist, translator of philosophical and artistic literature. Moreover, among Maksimovs’ relatives were composer Rachmaninoff and pre-revolutionary Minister Guchkov. Later, Ekaterina Maximova told: “Nevertheless, I grew up an ordinary girl. Like everyone in the USSR, I was Little Octobrist, Pioneer, Komsomol member. We did not emigrate to the West, like some of our friends. I could not break away from Russia, mother, friends. I could not imagine life without my native Moscow, Kostroma village Ryzhevka where Volodya and I bought a house.”
END_OF_DOCUMENT_TOKEN_TO_BE_REPLACED

Soviet ballerina Olga Lepeshinskaya
Born into a noble Russian family, Lepeshinskaya performed in private concerts at the Moscow Kremlin from the age of 17.
As a child, Olga could move every second – to any music, and even without it. Her parents joked, that she had learned to dance before she could walk. But nobody took her aspirations seriously. Especially her father, an engineer of bridge constructing, who had worked in the transportation department of the State Planning Commission since its foundation.
For many decades, the Lepeshinsky family were engineers, scientists, professional revolutionaries, and statesmen. However, they never had the career of a ballerina in their plans. But then the family friend – a theater artist and former dancer persuaded Olga’s mother Maria to show their daughter to the knowledgeable teachers. And Maria secretly from her husband took her daughter to the ballet school.
According to Olga Lepeshinskaya, she knew that was a favorite ballerina of Stalin. Nevertheless, she was surprised to see her name among the first laureates of the Stalin Prize, next to the brilliant Ulanova and conductor Faier. Olga explained: “Stalin regarded me as a product of the Soviet era. First, in his view, true Soviet ballerina. I’m always actively engaged in social activities, was within the team – even elected a deputy … Always trying to make amends for my aristocratic origin.”
END_OF_DOCUMENT_TOKEN_TO_BE_REPLACED