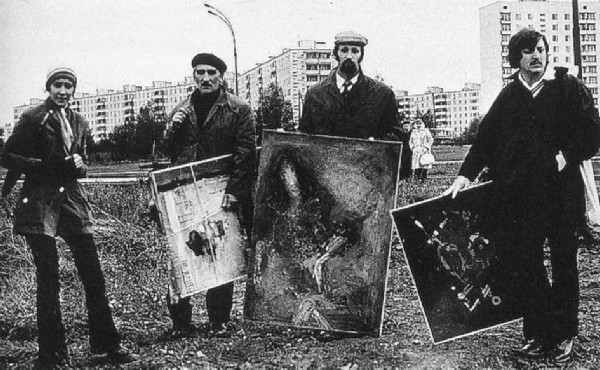 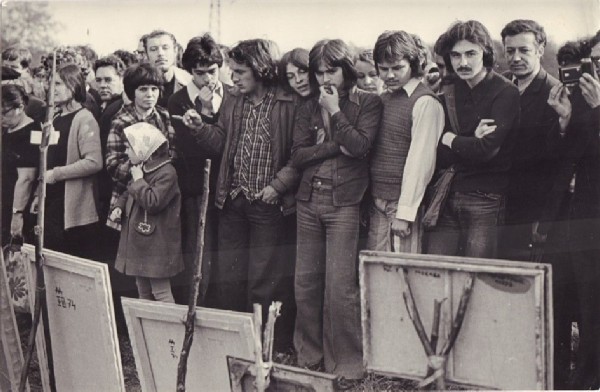 However, there were painters who did not want to join the official art.

Belonging to nonconformists automatically closed the artist’s access to orders and the doors of Soviet exhibition sites, and therefore avant-garde groups had to look for alternative ways to be heard and seen.

In 1974, exactly in the middle of September, the most famous of the actions of representatives of unofficial Soviet art took place. On an empty site near Bitsevsky forest park in suburban Belyaevo, non-conformist artists staged an open-air vernissage. Similar attempts to convey their creativity to the viewer have been made before. So a dozen painters presented their works on January 22, 1967 at the “Friendship” club. The authorities closed the gallery just two hours after opening. 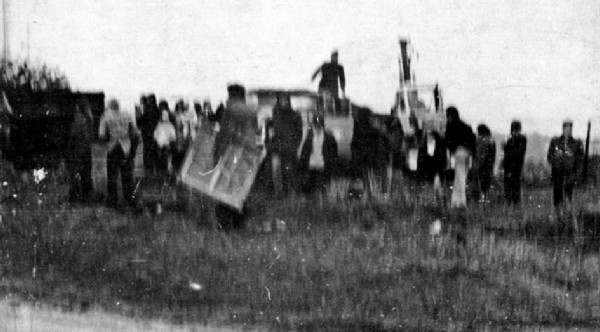 Two dozen non-conformist artists decided to take part in it.

V. Komar and little-known A. Melamid were engaged in the plan of the future show, and A. Glezer and O. Rabin became the organizers. Formally, the approval of the officials did not need to be carried out, but the enthusiasts nevertheless decided to submit an application to the Moscow City Council. The authorities only recommended to refrain from the action, and the artists started preparing it. Diplomats, family members of painters, friends and relatives were invited to the “pleiner”.

Two dozen artists (among them Komar, Zharkikh, Sitnikov, Elskaya, Masterkova, Melamid, Kotlyarov, art critic Leonid Bazhanov and others) came to the vacant lot and installed canvases in the middle of a clean field. The audience immediately arrived – hundreds of people. Alas, the authorities did not abandon the idea of ​​”stopping this outrage.  Oskar Rabin was detained at the exit from the metro station, but had to be released. Half an hour after the opening, the bacchanalia began. 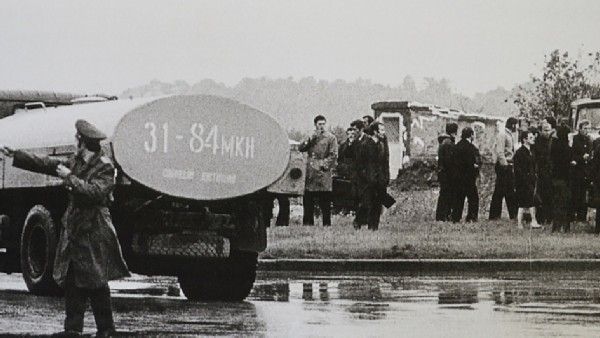 Some people in special suits and heavy equipment were driven to the edge of the park. The authors and the public were told that, they say, the site would be landscaped right now and they were advised to clean up. The workers attacked the painters, pulled the canvases out of the hands of the authors, broke them, tried to burn them, and crushed them with equipment. Those who had gathered were driven from the wasteland by bulldozers. Then a sprinkler appeared and poured icy water over the crowd. It took a few minutes for it to be over. Three dozen artists were arrested. 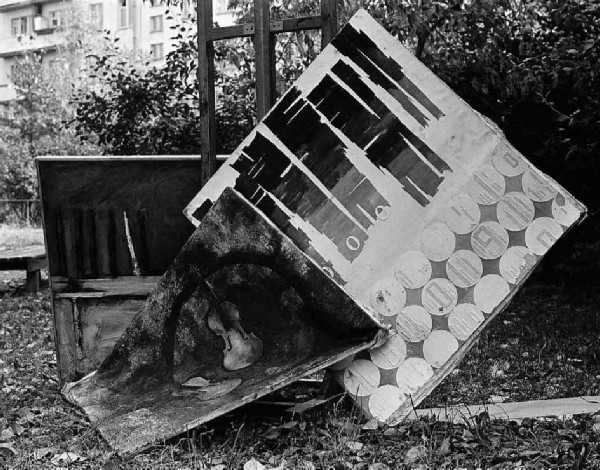 This story, thanks to the journalists invited to the action, received a wide response in the Western press.

Due to her pressure, the authorities nevertheless decided to allow nonconformists to organize an exhibition in Izmailovsky Park two weeks after the Bulldozer Exhibition. Alas, the authorities are vindictive. Many participants of the exhibition in Belyaevo were forced to leave the USSR. Some of them lost their citizenship of the Soviet state. Unappreciated in their homeland, they received recognition in the West, and the “Bulldozer Exhibition” itself became an epoch-making and legendary event in the history of avant-garde painting.