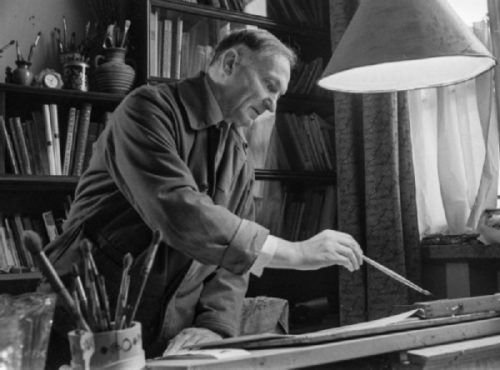 Aminadav Moiseevich Kanevsky is a Soviet satirist, graphic artist, illustrator and cartoonist. Member of the Union of Artists of the USSR, People’s Artist of the RSFSR and the USSR, Academician of the Academy of Arts of the USSR. Studied with Nikolai Kupreyanov, Dmitry Moor, Pavel Pavlinov and Vladimir Favorsky.

The author of the famous image of Murzilka, illustrations for children’s books, including “The Golden Key” by A. N. Tolstoy, “Moidodyr” by K. I. Chukovsky, works by M. Ye. Saltykov-Shchedrin, N.V. Gogol, V.V. Mayakovsky, as well as many cartoons and satirical posters. 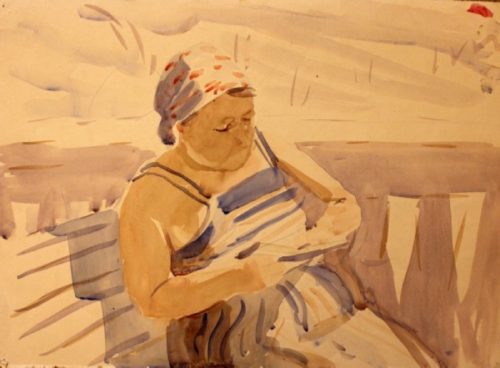 Aminadav Kanevsky was born on March 17, 1898 in Elisavetgrad, Kherson province (now Kropyvnytskyi) into a large family. In 1909, the Kanevsky family moved to Yekaterinoslav (Dnepropetrovsk) for permanent residence.

Since the Kanevsky family lived in poverty and could not afford to educate their son in a gymnasium, Aminadav at the age of twelve entered the service of a local photographer. He later worked as a messenger, factory worker and handicraftsman’s assistant, sawing and painting animals and birds from plywood.

In January 1917, Kanevsky was called up for military service in the tsarist army at the front of the First World War, but in the summer of the same year he returned. In 1919, after the establishment of Soviet power in Ukraine, he entered Gubnarobraz for clerical work, and in 1920 he volunteered for the Red Army. 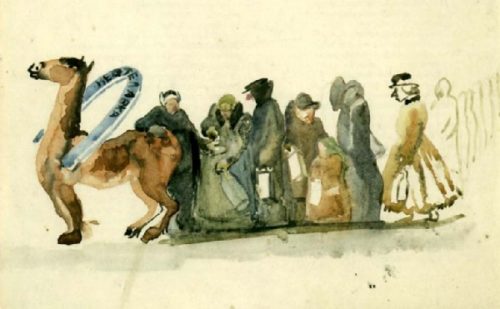 In 1921, from a military unit, he was sent to study at VKHUTEMAS, and in 1924, after graduating from the workers’ faculty, he was admitted to the graphic faculty.

During his studies at VKHUTEMAS, he experienced the strong and beneficial influence of his mentor, Dmitry Moor. Having become interested in Kanevsky’s drawings at a student exhibition and appreciated his talent as a cartoonist, Dmitry Moor recruited him to work in the magazine “Atheist at the Machine”, where the first drawings of the artist appeared in print in 1924. Later, on the advice of Moore, Kanevsky became a member of the Association of Artists of Revolutionary Russia.

In the late twenties, he constantly worked in the magazines “Pioneer” and “Give”, in the newspaper “Komsomolskaya Pravda”, since the mid-30s – in the satirical magazine “Krokodil”.

In 1930, after graduating from VKHUTEMAS, he organized a team of poster artists with a group of fellow students. At the same time he began to illustrate children’s books. The children immediately liked the cheerful mischief of his drawings, so “The Roar Girl” with Kanevsky’s drawings had an unheard of success. In just four years, its total circulation exceeded 1,300,000 copies. 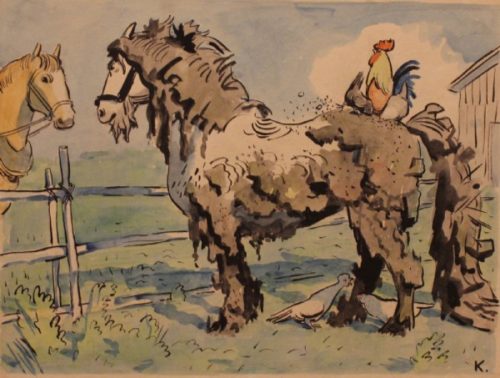 Invented the satirical characters Murzilka (1926) and Tut-Itam (1933). In 1937, at the request of the editorial board of the Murzilka magazine, he created a new image of him – a yellow fluffy character in a red beret, with a scarf and a camera over his shoulder, which is still known today.

During the Great Patriotic War, Kanevsky actively worked in the field of political satire. He drew anti-Hitler posters and numerous cartoons for the magazines Krokodil, Krasnoarmeets and other publications, where he mockingly depicted the unlucky Nazi conquerors who were failing. Many of his drawings of that time were devoted to life in the rear and heroic workdays.

Aminadav Moiseevich died on January 1, 1976, the artist was buried at the Golovinsky cemetery in Moscow. 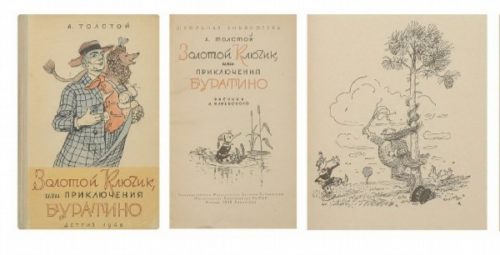 Illustrations for the Golden Key or the Adventures of Pinocchio

In addition to the book and magazine drawings, traditionally representing the rich creative heritage of Aminadav Kanevsky, his easel works of the 1930-1960s, which are almost unknown to the viewer, have been preserved, freely and confidently performed in the watercolor technique.

To date, the work of Aminadav Kanevsky is presented in the State Tretyakov Gallery (more than 100 works), the State Russian Museum, the State Literary Museum, the Pushkin Museum im. A. S. Pushkin and many other museum collections.