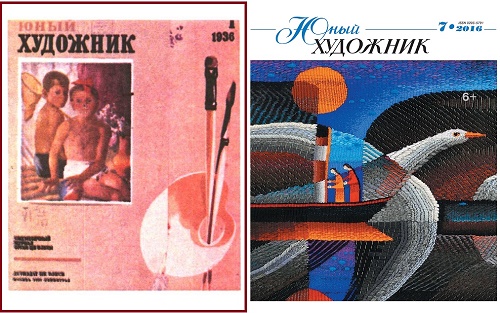 80 years ago, in July 1936, was published the first issue of the Soviet journal Young Artist. While much was done for the first time in the USSR. In the daily lives appeared new concepts and words that have now become legendary – Turksib, Magnitogorsk, Metrostroy, five-year plan, Komsomol, Artek, Stakhanovite, Chelyuskinskaya heroic epic … This time, reflected by the artist’s brush or the chisel of the sculptor, visibly comes alive before your eyes, when you leaf through the yellowed binders of prewar magazines. On their pages – works of Soviet Art masters Vera Mukhina, Boris Ioganson, Sergei Gerasimov, Alexander Deineka. The achievements of socialist fine arts stand on a par with their time. And the creation of the monthly magazine “Young Artist” – also notable step showing the care of a young Soviet state for the spiritual education of youth. 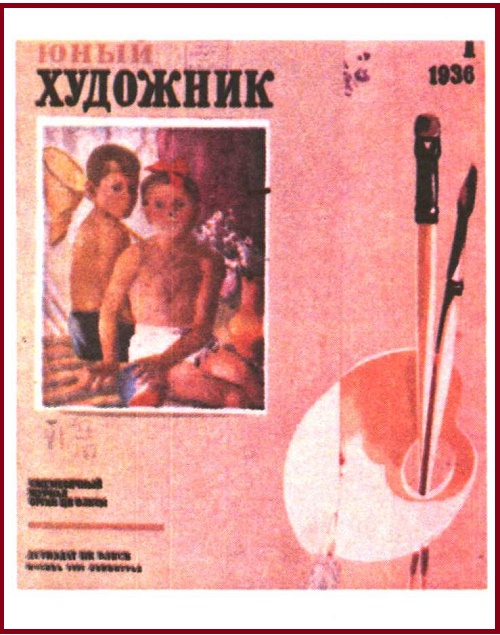 The Great Patriotic War interrupted the publication of the “Young Artist”. But in a short period of existence, it was able to leave a deep impression in the hearts of even the fate of its readers. Some, putting aside a palette and a brush, put on military overcoat, went to the front. And in the soldiers’ knapsacks beside photographs of loved ones was often a magazine article about a favorite artist. 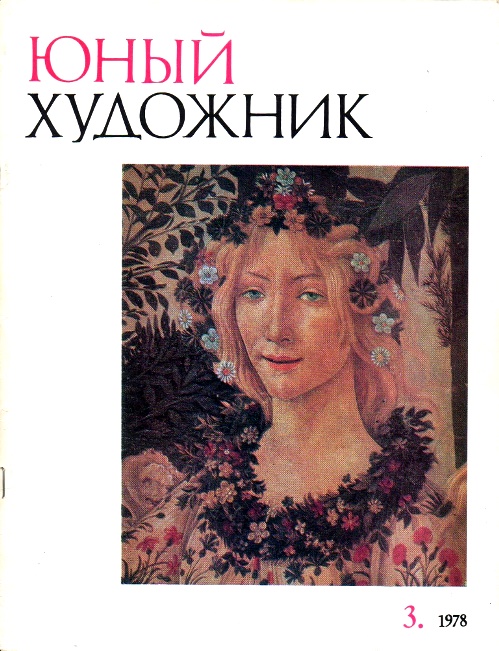 Other of young readers, whose talent was perceptively noted in the magazine, held a large and bright creative way, and today their names are well known: it is a sculptor Mikhail Anikushin, painter Alexei Tkachev, monumental artist Vladimir Zamkov, architect Gleb Makarevich, art historian Vadim Polevoy and many others. And the magazine helped many children to make friends with art, it made their lives spiritually richer, more interesting.

The idea of ​​creating a special magazine for young art lovers belonged to AV Kosarev, then the first secretary of the Central Committee of Komsomol. Talking to the chief editor of the publishing house “Art” LG Polonskaya, he shared his thoughts on this subject and asked to prepare two hundred copies of the trial edition. This idea has found broad interested response from the most venerable artists. All of them expressed their desire to help editors and willingly collaborated with the magazine. Thus, the constant authors became prominent Soviet artists Igor Grabar, Arkady Rilov and even Mikhail Nesterov. The editorial board included renowned Kukryniksy, the best teachers in the field of art education. They advised what the magazine should be, its main focus, and decoration.

Undoubtedly, the main thing was – the orientation of the magazine on realism, uphold the principles of socialist art, familiarizing children to the treasury of world and domestic culture. Each issue contained a story about a Soviet, Russian and world art, as well as an overview of children’s drawings and the most significant exhibitions of materials to help those who tried their hand in art. 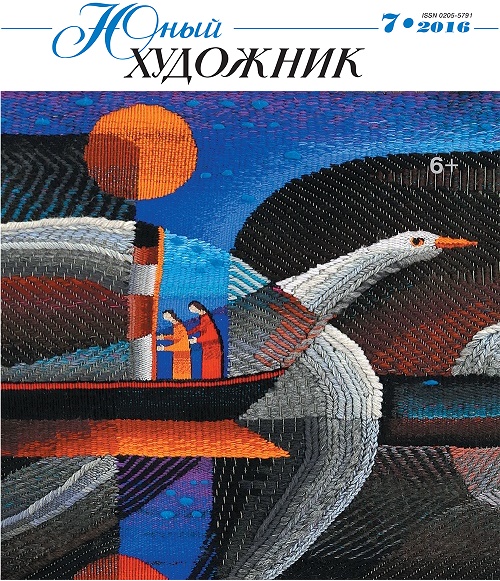 The article is based on the publication of Nikolai Sokolov, Hero of Socialist Labor, People’s Artist of the USSR, Lenin Prize winner, member of the editorial board of the journal “Young artist” In 1936-1941. 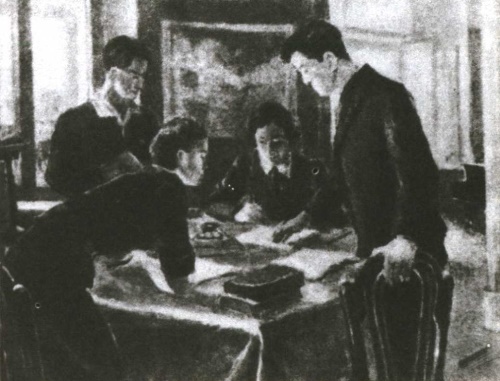 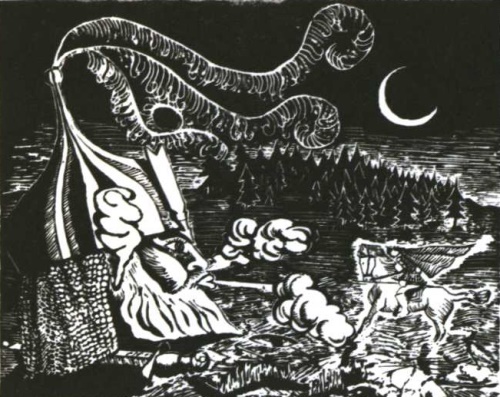 A. Shteiman 11 years old. Illustrations to Pushkin’s Ruslan and Lyudmila. Engraving on linoleum. Young artist 1937, No 9 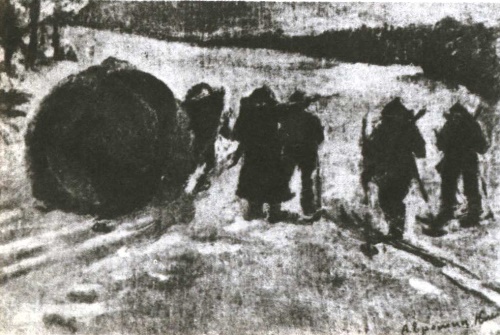 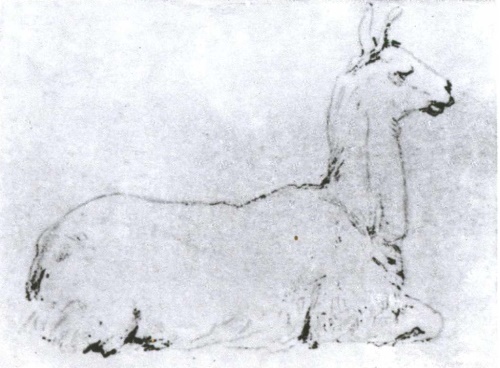 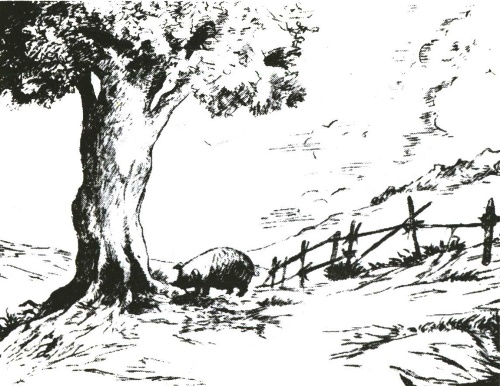 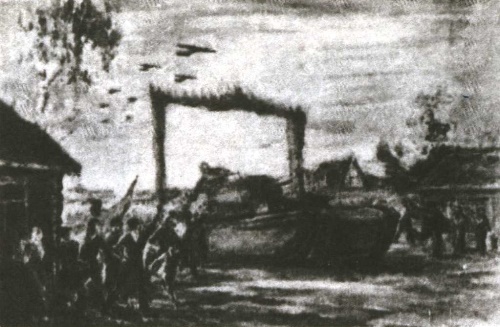 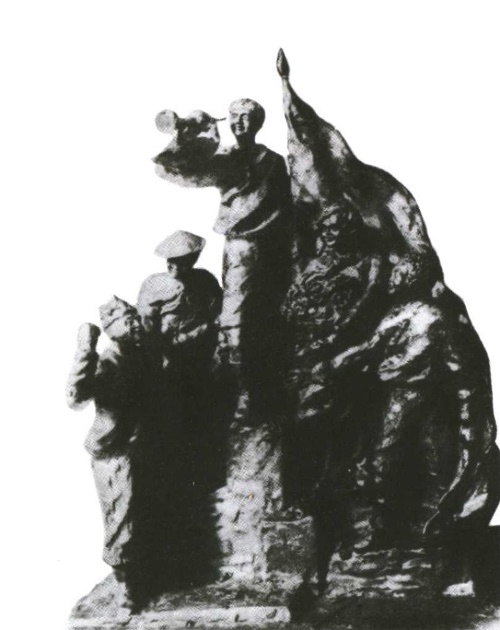 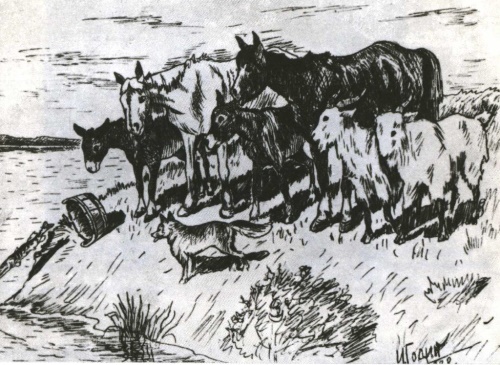 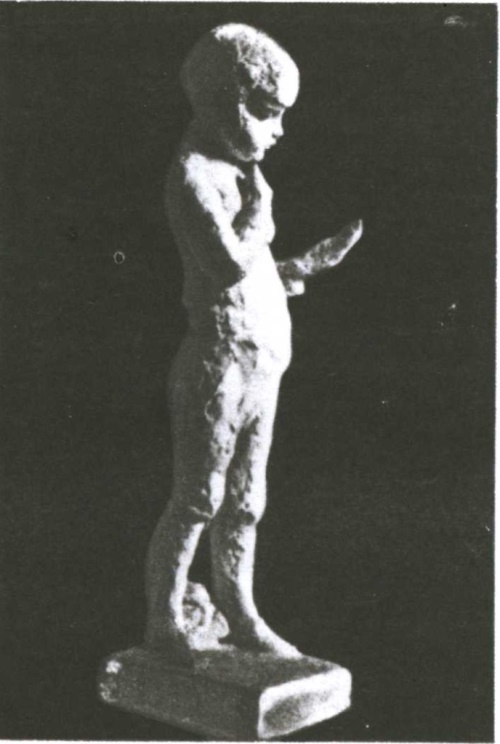 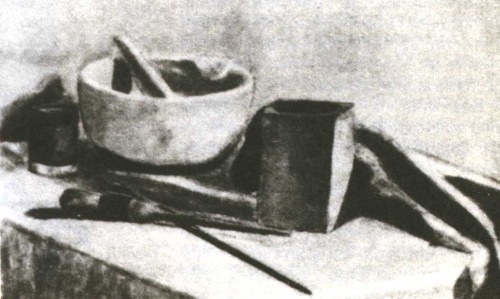 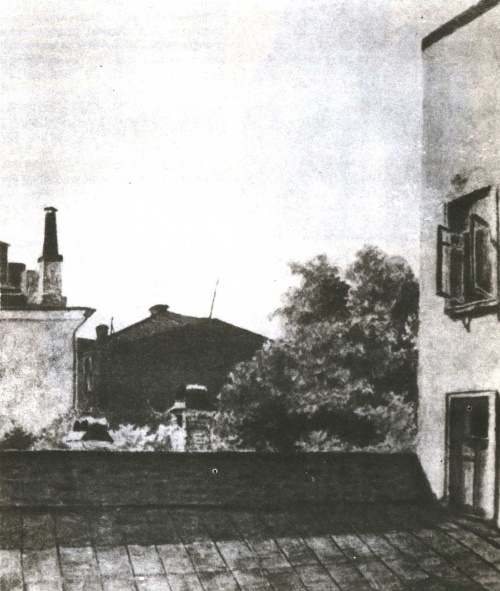 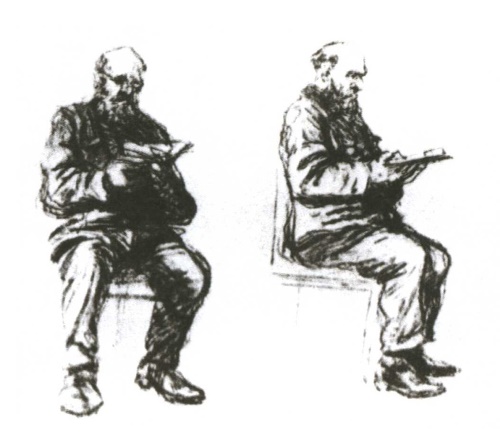 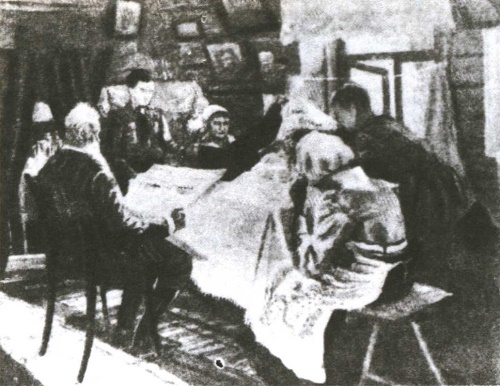 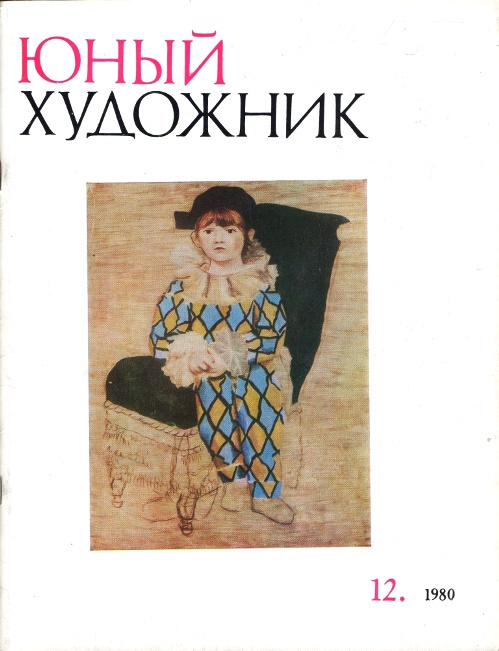 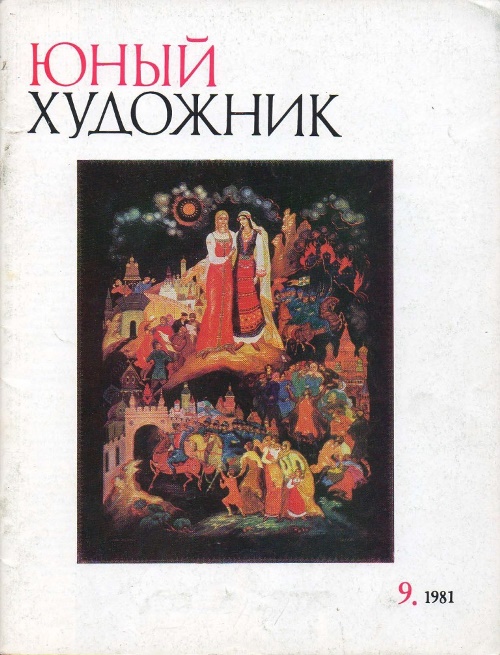 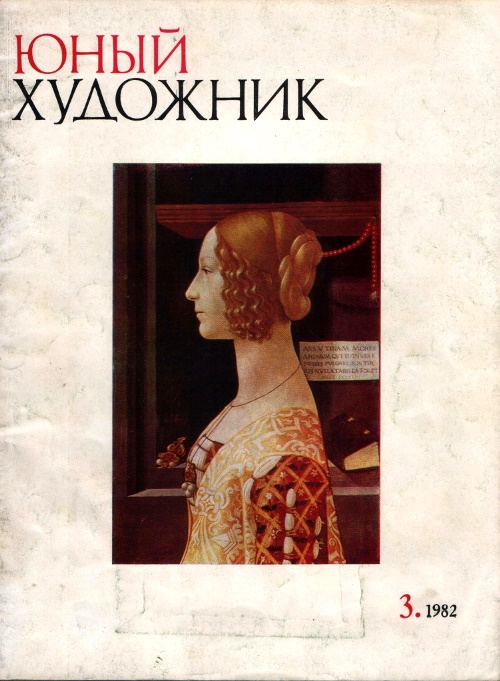 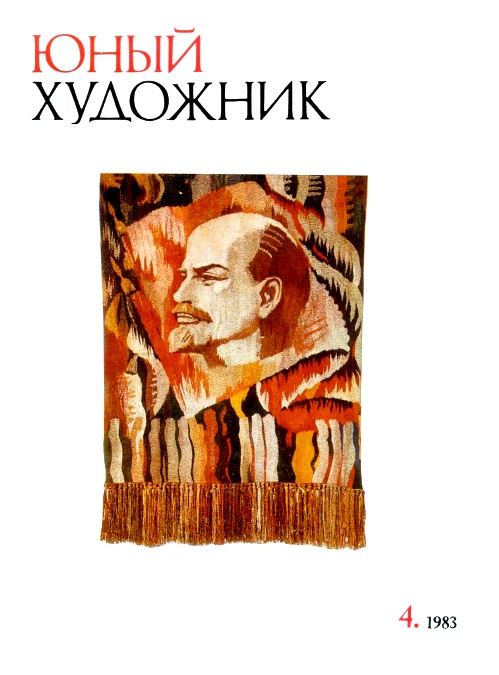 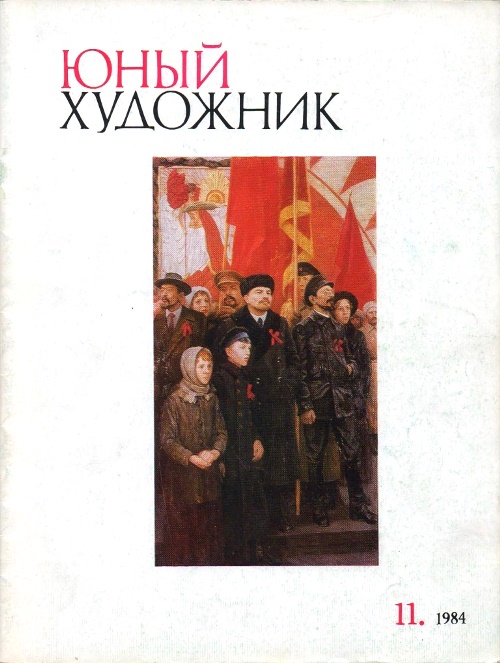