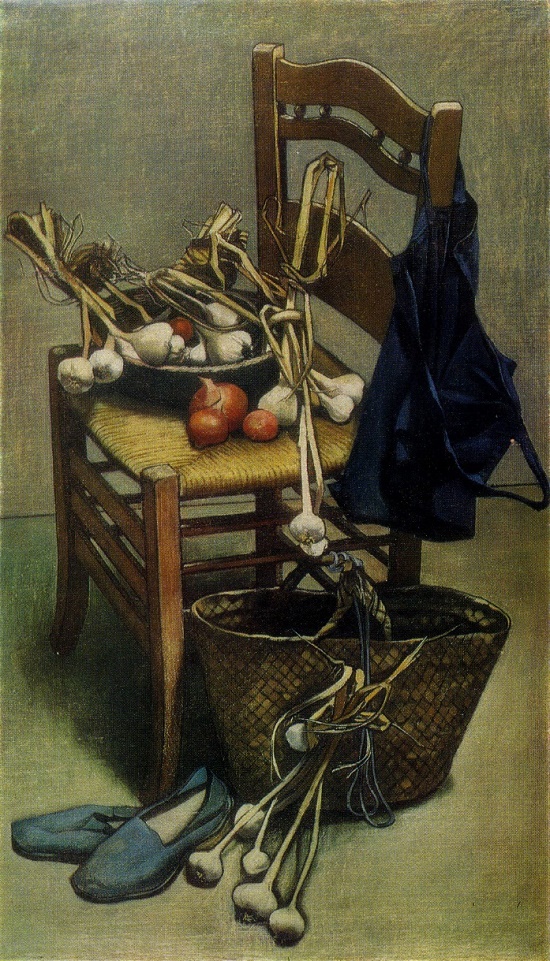 Soviet Armenian artists paintings
Akop Tigranovich Akopyan (1923-2013), Honored Artist of the Armenian SSR, born in Alexandria (Egypt). He studied at the Art Academy in Cairo from 1943 to 1947, and in the art studio of Gran Chaumieu in Paris from 1952 to 1954. In 1952 he moved to Yerevan. Author of thematic paintings, landscapes, still lifes. Gazing closely at nature, Akop Tigranovich Akopyan seeks to reproduce it with an almost illusory accuracy. However, his creative method is far from naturalism. Reality with its particular weight, concreteness becomes its peculiar formula, a certain metaphor that emphasizes the stability of the world, the certainty of feelings. “Still Life With Garlic” (1962) is a typical example of strong-willed, vigorous handwriting of the artist. Lived and worked in Yerevan. 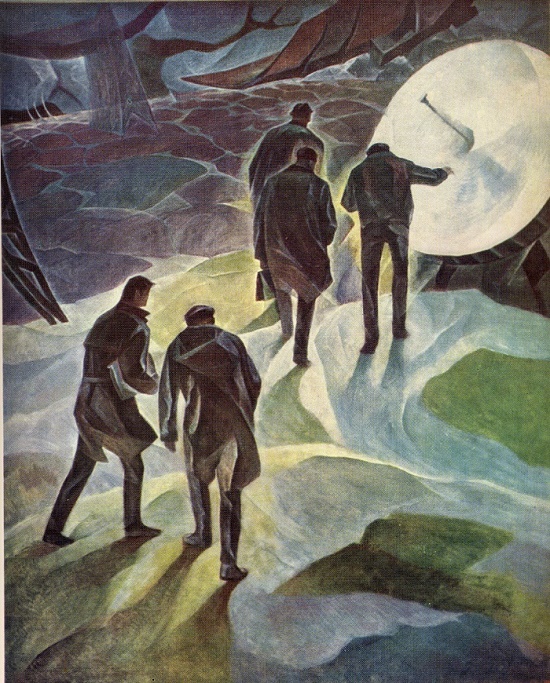 In fact, in the below gallery are paintings of Soviet Armenian artists, from my personal collection, which I have scanned for several years. The source of these images – various illustrated albums and art catalogs of Soviet epoch, as well as magazines and books of the time. Besides, in future I am going to add some more images. 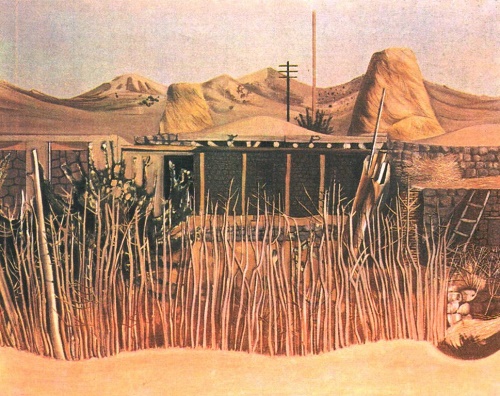 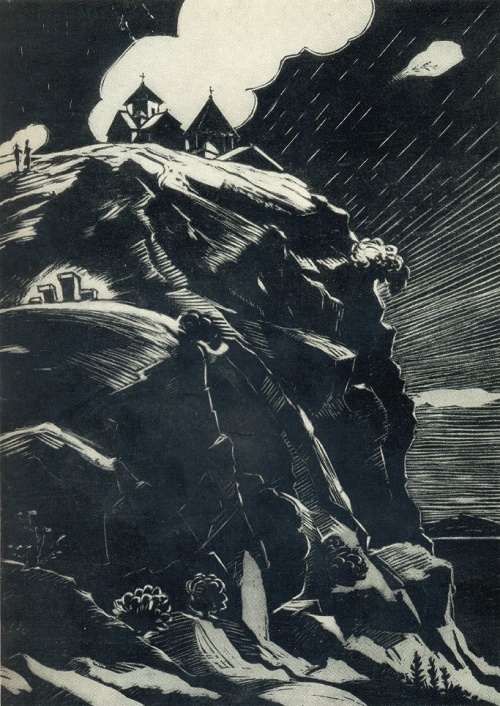 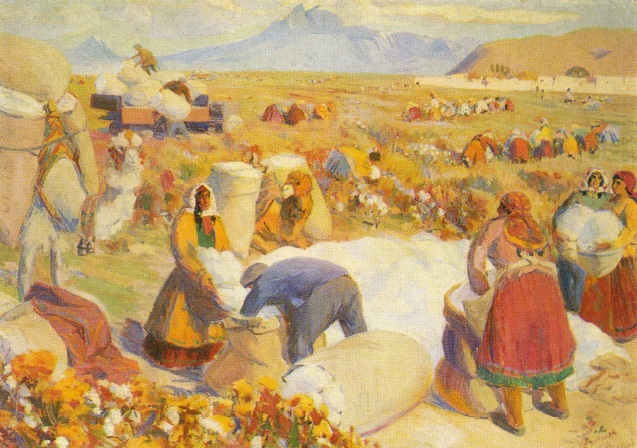 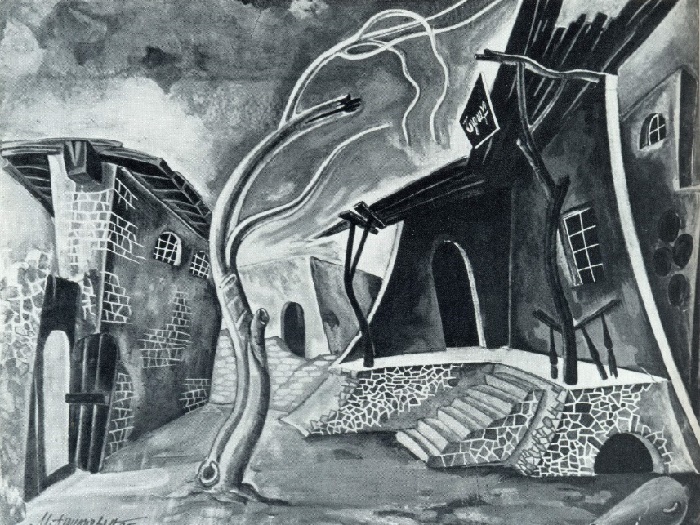 M.A. Arutchyan. A sketch of the scenery for the play by G. Saryan ‘Three Songs’. Watercolor. 1935. The Armenian Theater of H. Sandukyan. Yerevan 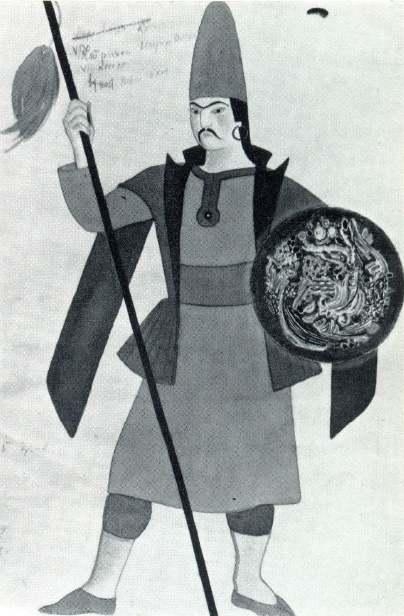 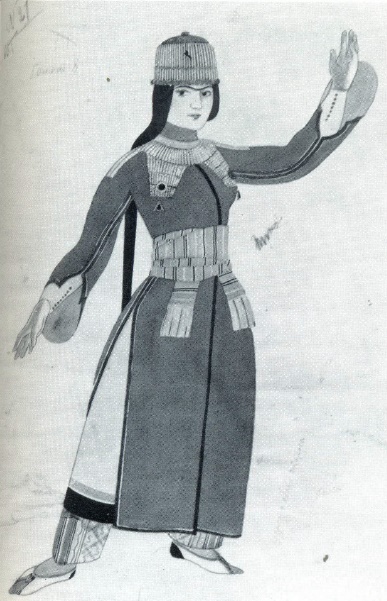 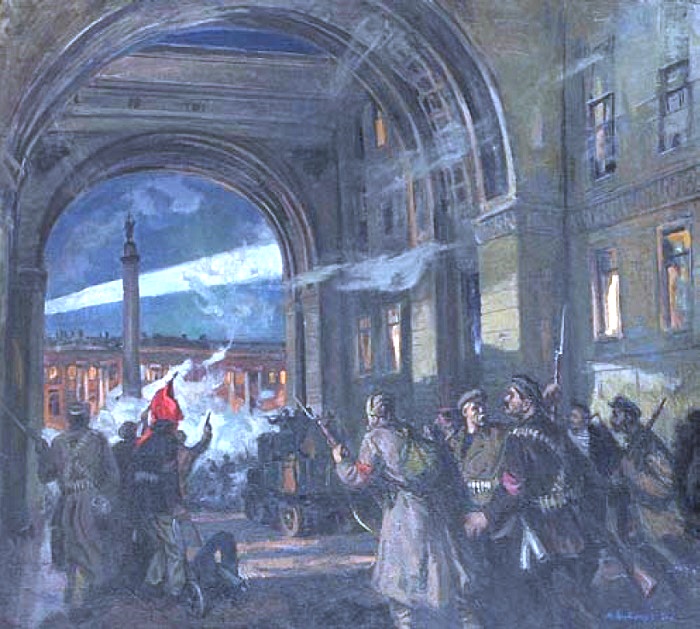 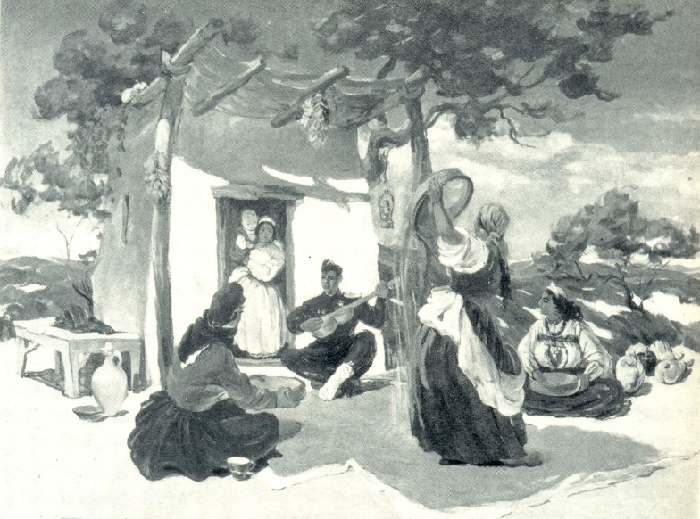 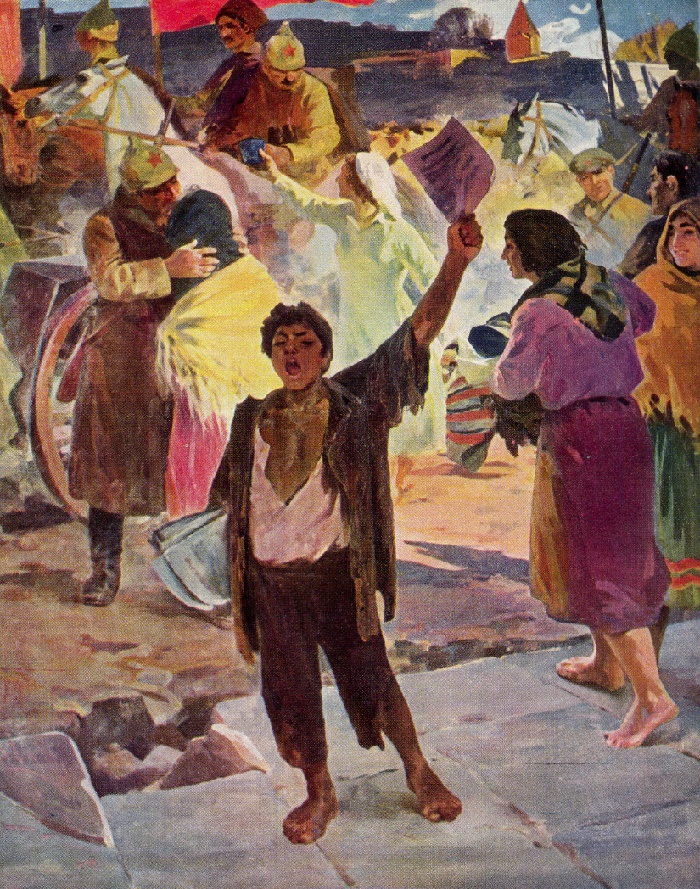 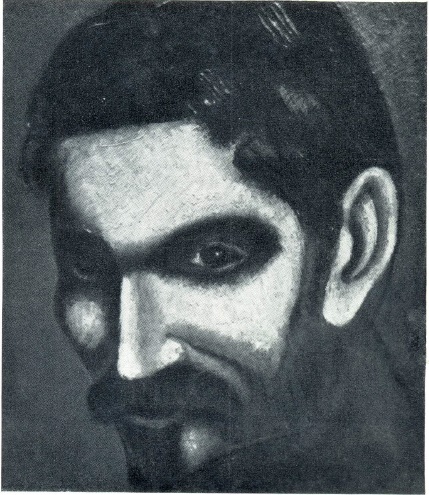 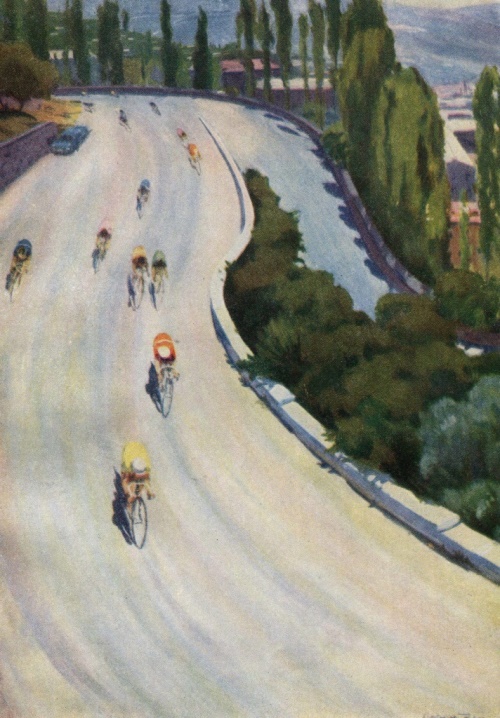 G. Gabuzyan. Cyclists. Diploma works of students of art colleges of the USSR. All-Union Exhibition of 1958 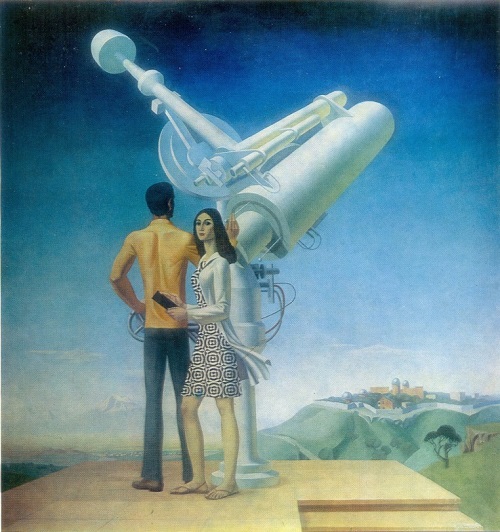 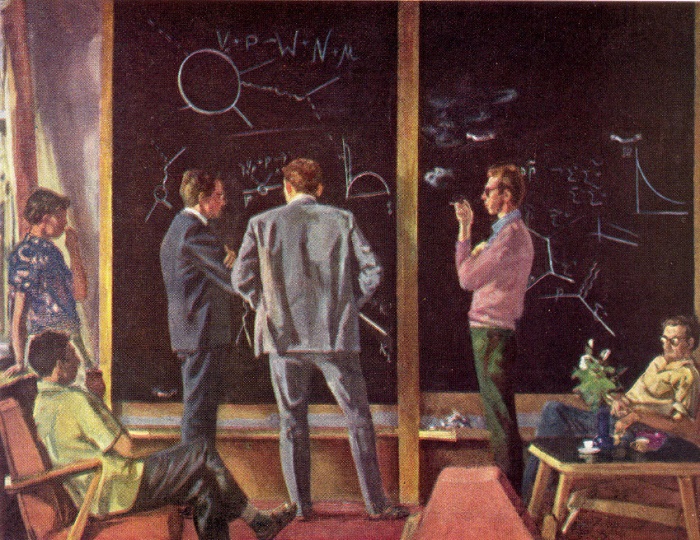 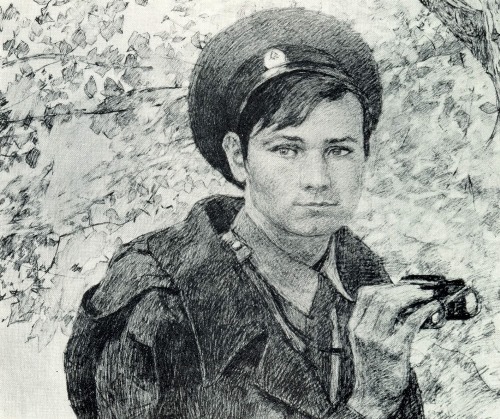 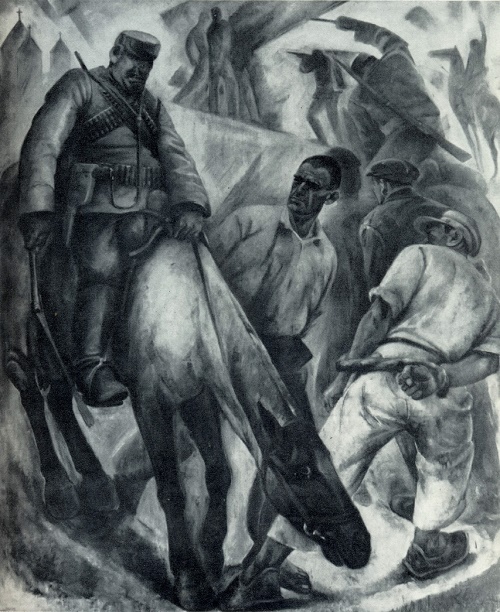 A.P. Kodzhoyan. The execution of the Communists in Tatev. Wax paints. 1930 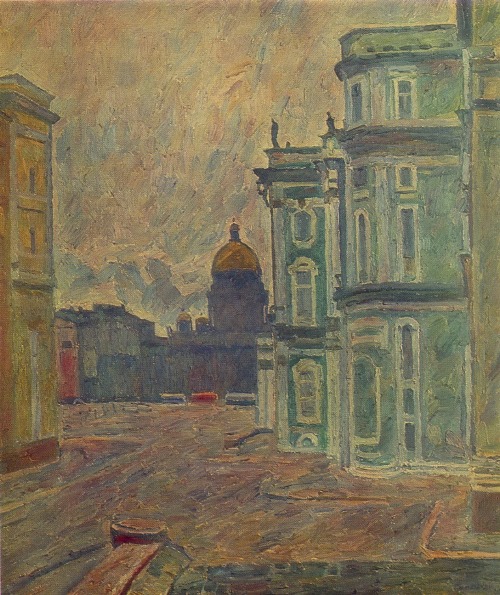 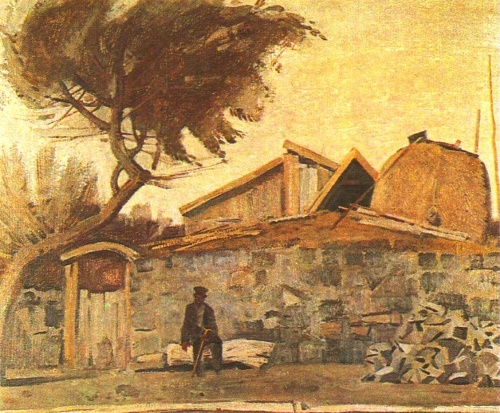 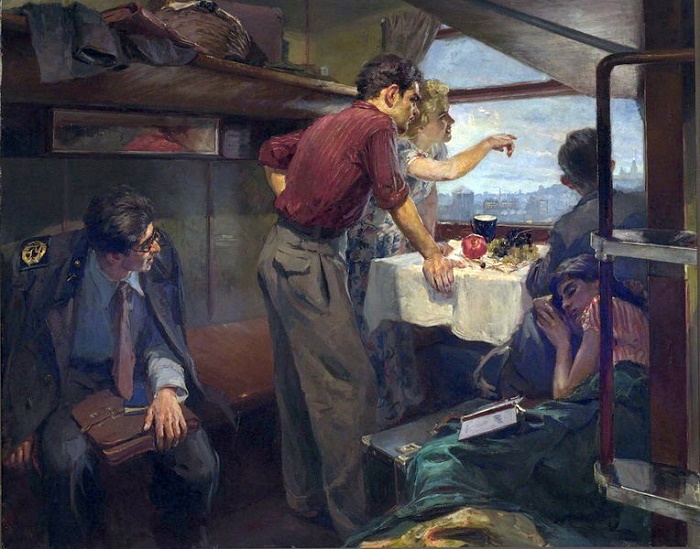 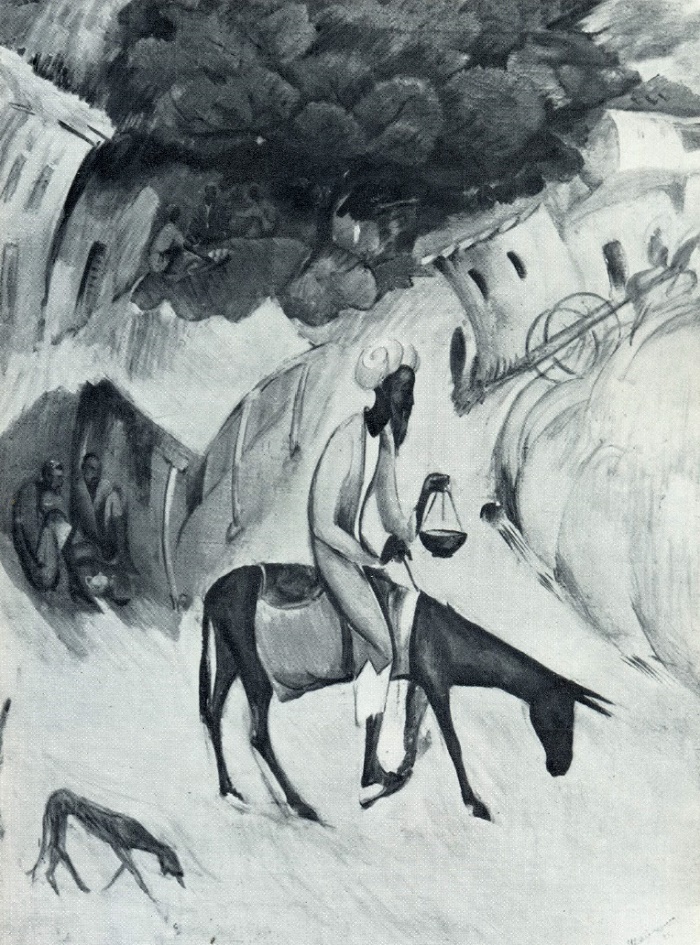 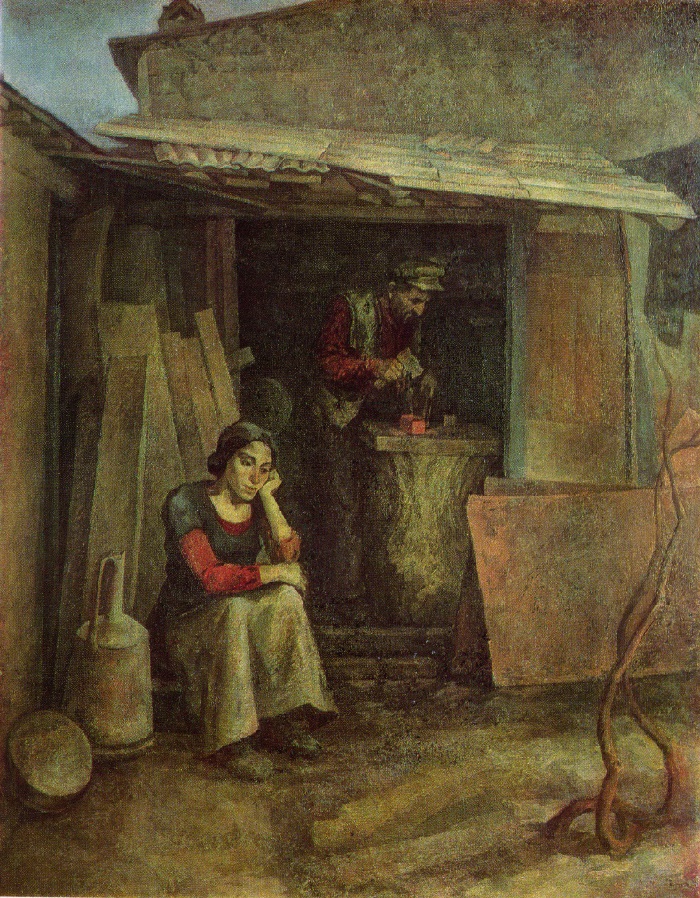 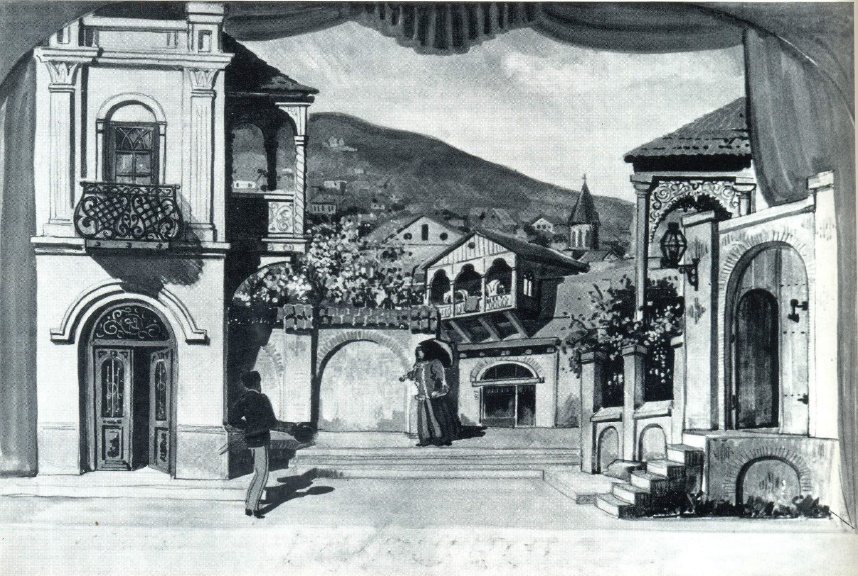