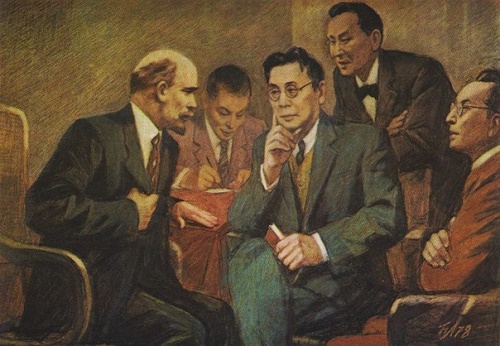 The main theme in the works of Soviet artist Boris Lebedev (1910-1997) – Lenin. People’s Artist of the RSFSR, member of the USSR Union of Artists, Honored and National Artist of Russia, Boris Ivanovich Lebedev was born on August 1, 1910. After graduating from the Saratov art school in 1929, he worked in the newspaper “Pravda of South Kazakhstan”, “Soviet dirizhablist” on the “Diafilm” factory, in the “Komsomolskaya Pravda”. From the “Komsomolskaya Pravda” has come to the Penza regional newspaper. He lived and worked in Penza. At the beginning of the Great Patriotic War, Boris headed the art department. His sharp political caricatures of the Nazi rulers and warriors, full of sarcasm, sharp as a soldier’s bayonet, operated flawlessly. 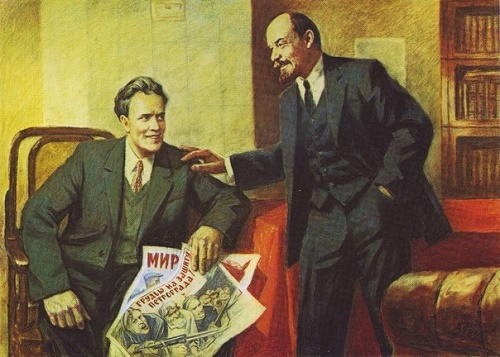 In the war time was released his illustrated albums on antifascist theme “He went to the front,” and the album “Front and rear” – artistic chronicle of a national feat. And after the victory Boris Ivanovich got his second wind. In the local publishing house he illustrated books, created posters, and a series of drawings of our great compatriots.

In 1948, Lebedev has completed a large series of drawings of VG Belinsky for the album under the name “VG Belinsky in life.” In the 1950s, Boris illustrated many books for Goslitizdat, “Young Guard”, Detgiz, and Penza book publishers. Among them – the works of Korolenko, Gorky, F. Gladkov, P. Zamoyski. 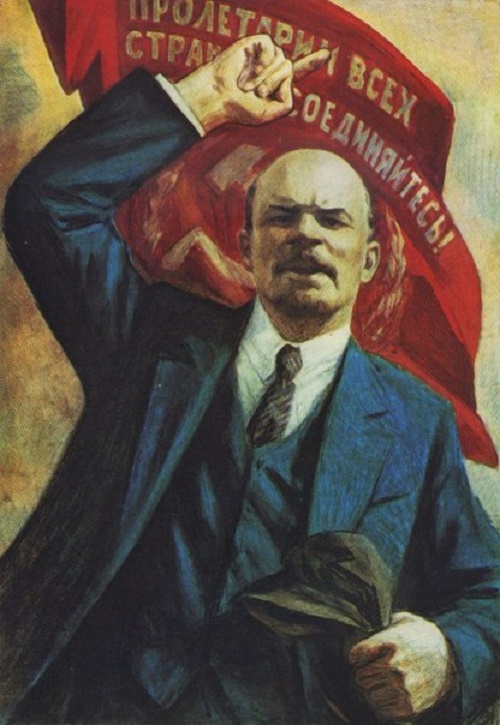 On the background of slogan – Workers of the world, unite!

In 1963, Politizdat published an essay of Gorky “Vladimir Lenin.” For the illustration of the book Boris was awarded a diploma. In 1969, the publishing house “The Kid” has issued a book by A. Kravchenko and E.Kantseva for children “Stories about Nadezhda Krupskaya.” The drawings in this book are made by B.I.Lebedev.

In 1966 in Moscow at the Central Lenin Museum opened the exhibition “The Triumph of Great Ideas of Leninism.” On one of the stands was presented a large reproduction of painting of Lebedev “The First Soviet coat of arms.” The appearance of reproductions of works of Boris Ivanovich in one of the major exhibitions of the Central Lenin Museum and exhibition of illustrations for books of F.M.Gladkov and P.I.Zamoysky in the Central House of Journalists was the recognition of the artist’s achievements.

In addition, his works are represented in museums of Penza – VG Belinsky, MY Lermontov, AN Radishchev, local lore and an art gallery. 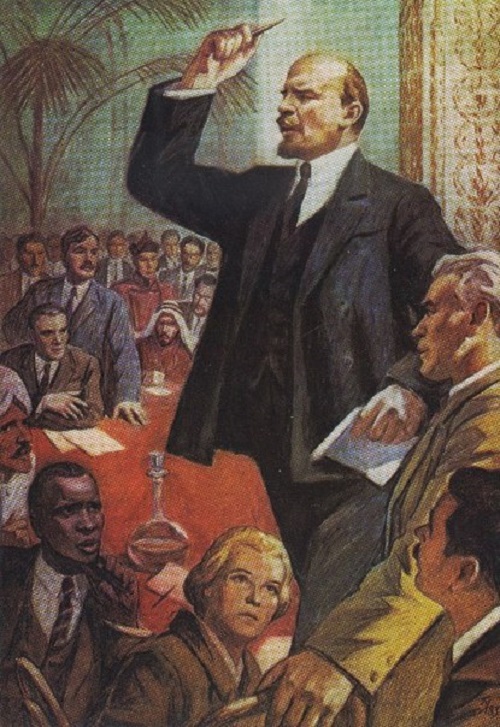 Traditional image of Lenin speaking at the meeting 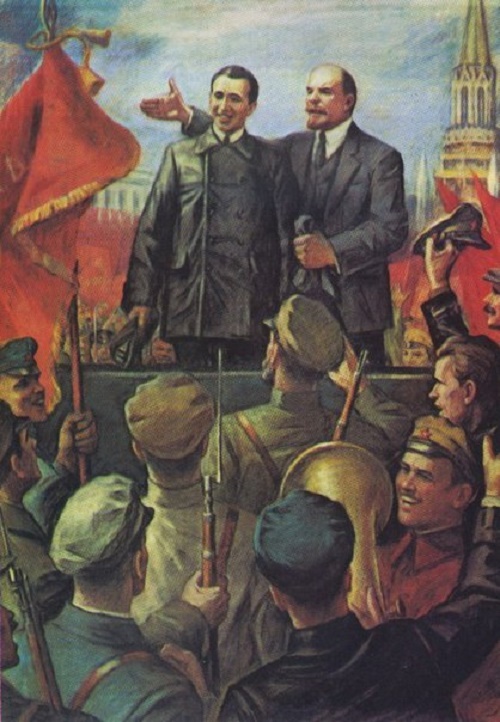 Speaking in front of soldiers Lenin 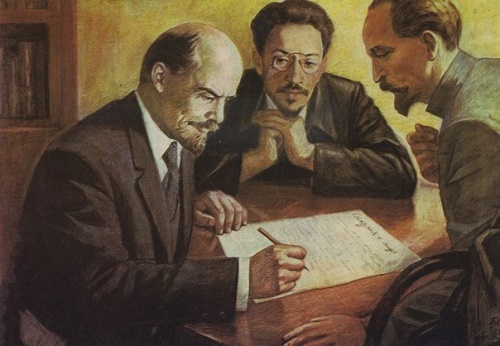 Vladimir Lenin with Sverdlov and Dzerzhinsky 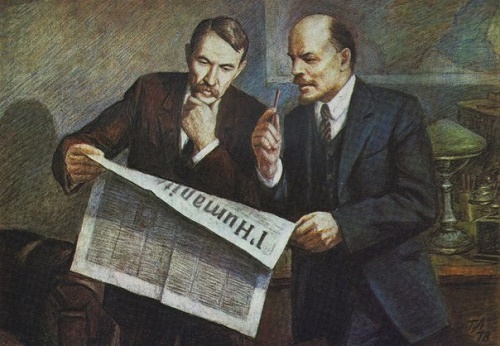 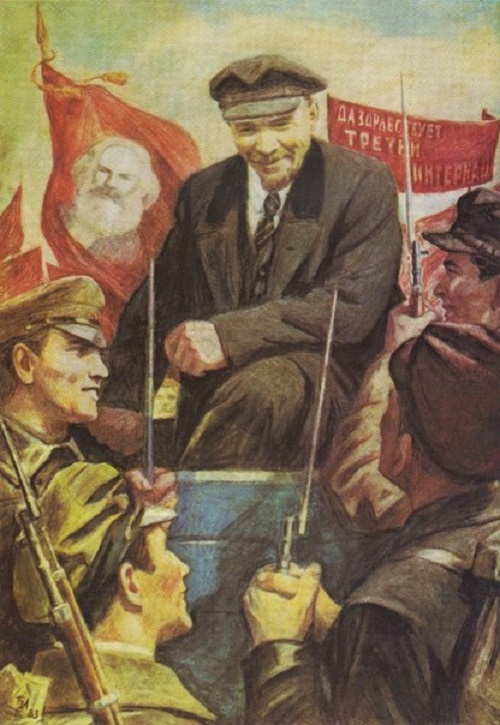 Meeting with soldiers of the Red Army 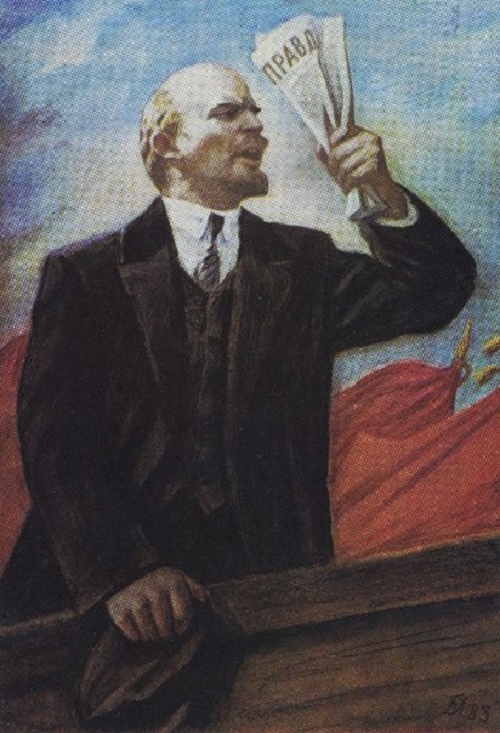 With the newspaper of Communist party of the Soviet Union “Pravda” 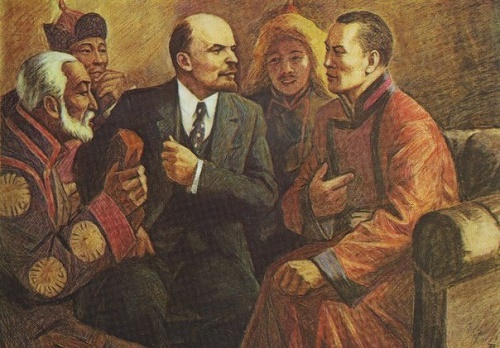 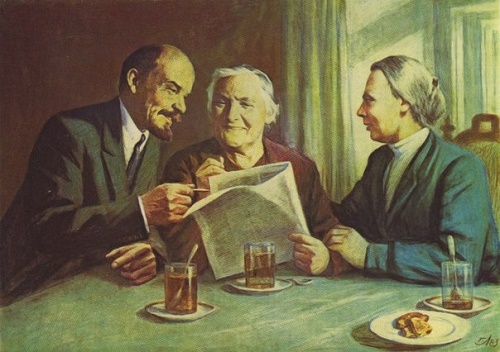 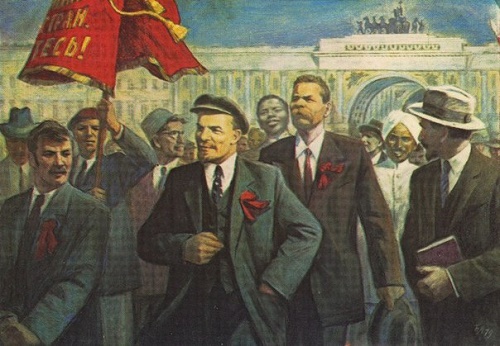 Gorky and Lenin at the parade 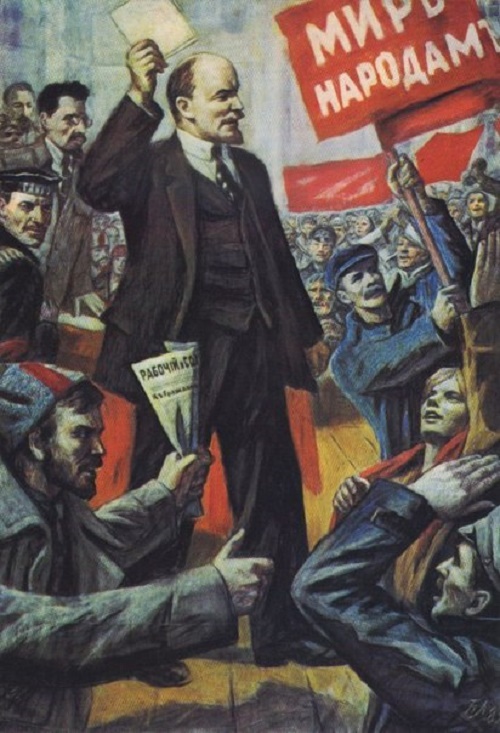 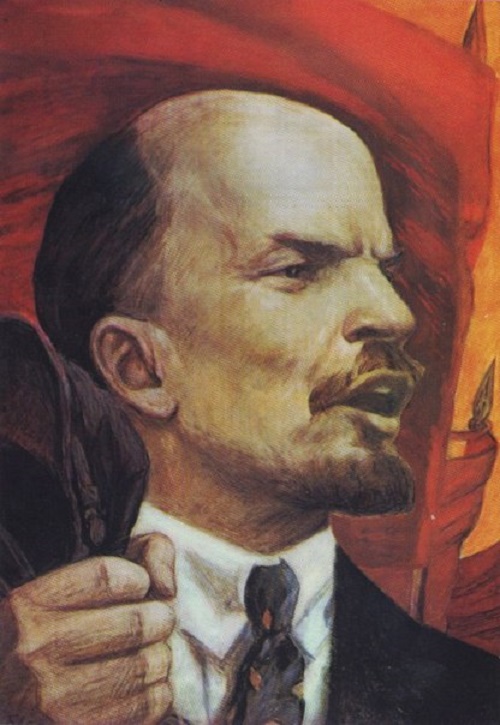 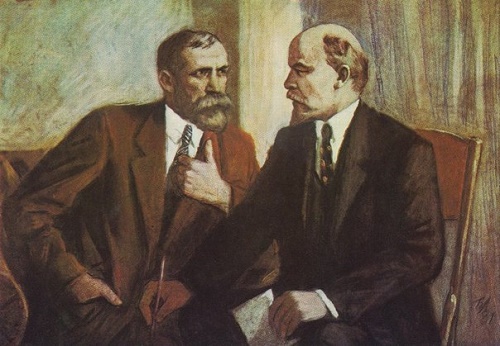 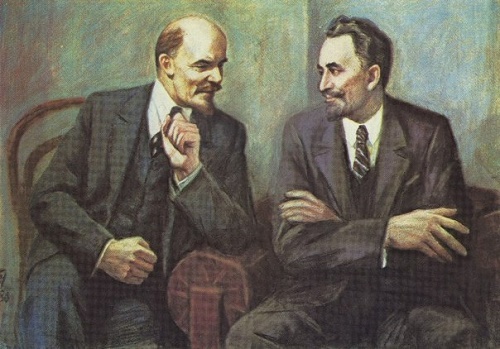 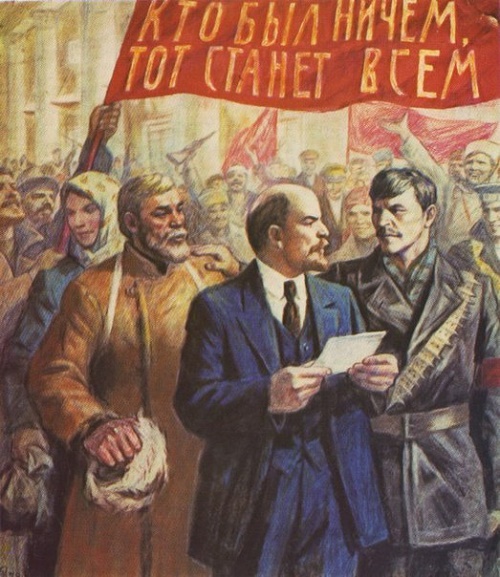 We are nothing, let us be all (The Internationale)