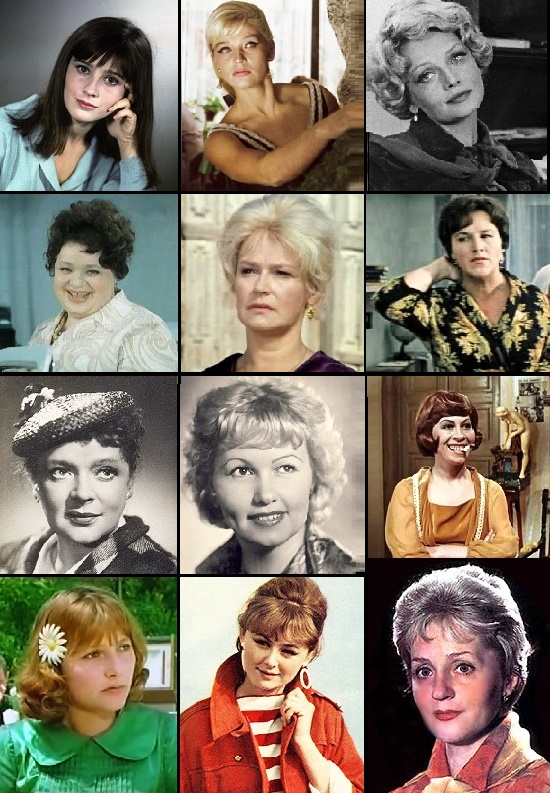 In the life of the great comedian Leonid Gaidai there were only three main women: mother, wife and daughter. However, in the cinematic life, there were more – about a hundred. These are the actresses who played in the films of Leonid Iovich. Unfortunately, today, almost no one remembers most of them, and this is unfair. Without them, without their talented play, there would not be a wonderful director Leonid Gaidai and his kind comedies that millions of people know and love. And although their characters are sometimes naive, awkward, or silly, we admire and enjoy their faultless game. Thanks to the wonderful charisma of these masters of comedy genre, we want to review these masterpieces again and again. Rina Zelenaya, Nina Grebeshkova, Natalia Selezneva, Svetlana Svetlichnaya, Natalya Varley, Nonna Mordyukova and many others – Favorite women of Soviet director Leonid Gaidai.
END_OF_DOCUMENT_TOKEN_TO_BE_REPLACED 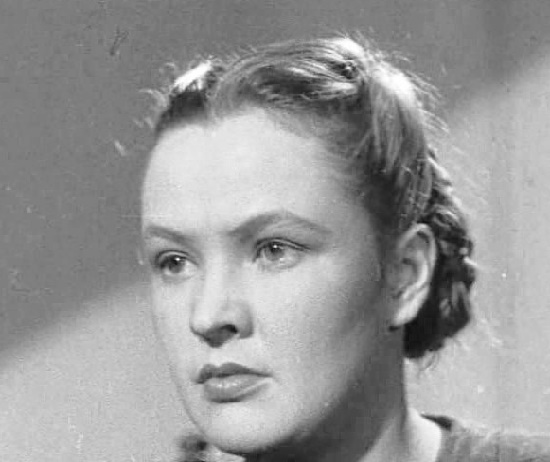 Born on May 21, 1919 in Petrograd, Vera Altaiskaya was a popular Soviet theater and film actress. After finishing secondary school in the second half of the 1930’s, she then moved to Moscow, where she entered the acting school at the Mosfilm studios. Having graduated in 1940, she was admitted to the Theater-Studio of the actor. Altaiskaya began her acting career in 1938, playing an episodic role in the film “The Great Account.” And she performed her first prominent role in G. Alexandrov’s film “The Bright Way” (1940, weaver Klava).
Then there was another notable role – in “Mashen’ka” (1942), where the Altaiskaya played Vera, the girlfriend of the main heroine of the film. After that, the roles followed one after another: Lermontov (1943), “Big Land” (1944), and “It was in Donbass” (1945).
Noteworthy, in her youth Altaiskaya was a very interesting girl with a charming face and a chiseled figure. And soon she married the handsome actor Alexei Konsovsky (he played prince in Cinderella), having given birth to their daughter. However, with age, the former beauty left the actress, which changed her roles as an actress. In particular, she began to play mostly the roles of negative and even evil characters. For example, in the film “Bridegroom from the Other World” directed by Leonid Gaidai. However, these very negative roles of witches brought her real fame. Indeed, the real upsurge in the popularity of Altaiskaya happened in the 1960s, when she became a real talisman of the great storyteller, director Alexander Rou.
END_OF_DOCUMENT_TOKEN_TO_BE_REPLACED 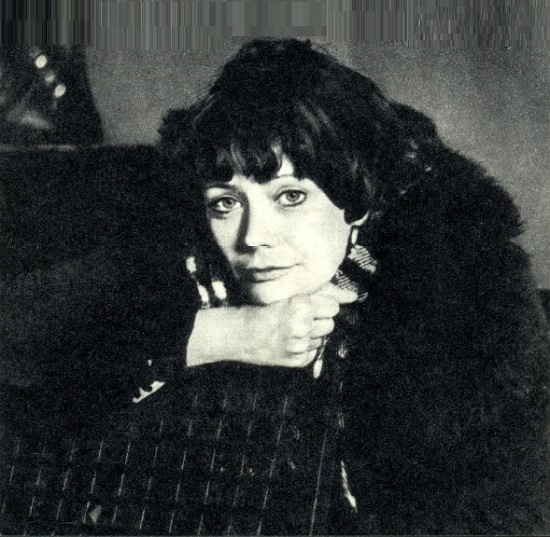 Soviet Russian film actress Natalia Saiko
Born January 12, 1948 Natalia Petrovna Saiko – Soviet and Russian actress of theater and cinema, Honored Artist of the RSFSR (1989). Young Natasha dreamed of becoming a teacher, a circus gymnast, a ballerina, and a doctor. But all has changed after her tourist trip to Leningrad. Having visited one of the performances of the Bolshoi Drama Theater, she made a firm decision to become an actress.
Fortunately, she succeeded in realizing the dream immediately after finishing school. Natalia entered the Theater School of Shchukin in Moscow, and already in her sophomore year she made her debut in cinema. It was the role of Zinka, the daughter of the district militiaman Aniskin, in Ivan Lukinsky’s film The Village Detective (1969). As critics say, with this role Natalia Saiko literally “burst” into the cinematography, so impetuous, resolute was her heroine. In addition, her partners in the film were famous Soviet actors – Tatiana Peltzer and Mikhail Zharov.
END_OF_DOCUMENT_TOKEN_TO_BE_REPLACED 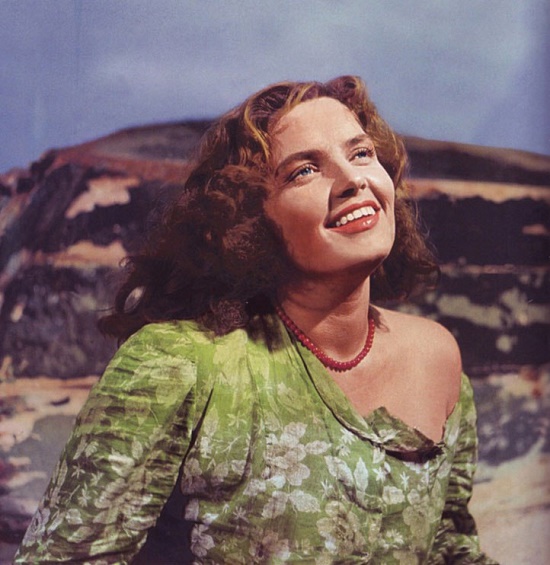 Soviet Latvian actress Dzidra Ritenberga
Born August 29, 1928 in Latvia, Soviet Latvian actress, film director Dzidra Arturovna Ritenberga was the winner of the prize of the Venice Film Festival for the performance of the main role in the film “Malva” directed by Vladimir Braun (1957).
She graduated from the Liepaja evening high school, the studio of the State Drama Theater and the director’s department of the theatrical faculty of the Latvian State Conservatoire (1974).
She was an actress of the Liepaja Drama Theater (1948-1957), the Riga Theater of Russian Drama (1957-1962), and the Moscow Drama Theater of KS Stanislavsky (1962-1975). And later, Director of the Riga Film Studio (1975-1990).
Member of the Union of Cinematographers of Latvian SSR since 1958. Honored Artist of the Latvian SSR (1960).
Was married to the actor Evgeny Urbansky, tragically died on November 5, 1965 on the shooting of the film “Director”. After his death, she gave birth to her daughter Yevgenia.
END_OF_DOCUMENT_TOKEN_TO_BE_REPLACED

One of the most beautiful actresses of the USSR, Soviet Lithuanian actress Eugenia Pleshkite (6 January 1938 – 3 November 2012)

Soviet Lithuanian actress Eugenia Pleshkite
Born in an ordinary peasant family in 1938, Eugenia Pleshkite – was one of the most beautiful women with whom the entire Soviet Union was in love. Today the name of this actress is familiar only to lovers of Soviet cinema and true fans of her talent and beauty. But the one who once saw her on the screen, could not forget this magnificent blonde beauty with a royal look, proud posture, and impeccable aristocratic gestures. Her exquisite Baltic accent and bottomless depth of blue eyes, in which every man in the USSR dreamed to drown.
Since childhood, the girl dreamed of a scene, and fate gave her this chance: in 1956, Eugenia, who sang beautifully and danced, entered the acting department of the State Conservatory of the Lithuanian SSR.
END_OF_DOCUMENT_TOKEN_TO_BE_REPLACED 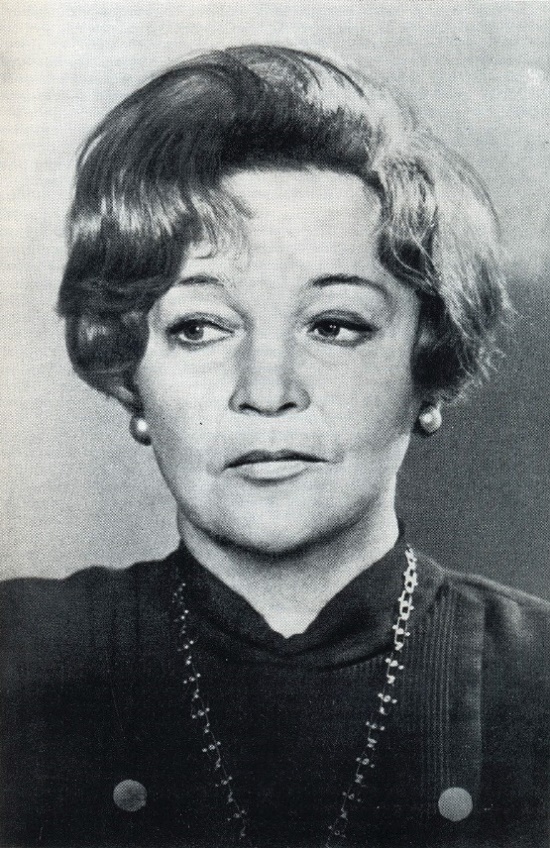 For real actresses there is no age, as if there is no flow of days. They are always dazzling, always young, always full of fire, charm, fervor, life, such a thing, speaking in Gogol’s language, “damn it”, which burns in the blood, excites, beckons hearts.
And all this more than anyone else relates to Soviet actress Vera Petrovna Maretskaya. The beautiful woman of Soviet theater, combined the rare natural data and the almost cybernetic (the age of the scientific and technological revolution) technique, the features of a national character and the internationalism. She started at the Studio School at the Theater named after Evgeny Vakhtangov, having learned the harmonious sharpness of the form, understanding the theater as a hot joy, as a generous, noble storyteller telling the truth. It was always fun to look at Vera Petrovna Maretskaya, because she herself had never been boring, dull, upset and confused.
END_OF_DOCUMENT_TOKEN_TO_BE_REPLACED 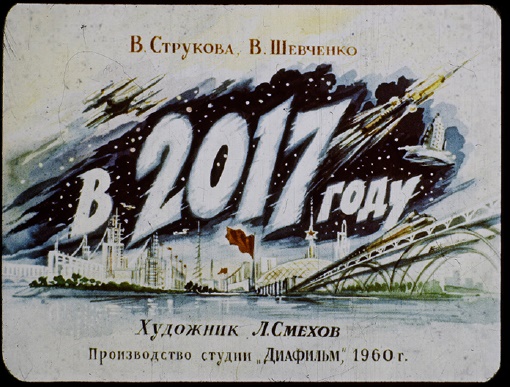 In 2017 – Unique Soviet futuristic filmstrip made in 1960
First of all, it is really interesting what future people dreamed 57 years ago, and in particular, how they saw us in 2017. People dreamed. And thanks to the artist L. Smekhov, authors of the film V. Strukov and V. Shevchenko the studio “Filmstrip” in 1960 released the fantastic slideshow with subtitles “In 2017”. So, we can now check how true were people’s dreams. Its authors tried to explain to Soviet children in an understandable manner what the world will be like in 57 years. Besides, the year of 2017 is not by accident, it is a Centenary of the Great October Revolution which took place in 1917.
According to the fantasy of the creators of the filmstrip, in 2017, robots, video communication, atomic trains and space travel are in full use. The story tells of one of the days of a Soviet schoolchild who goes to an underground city in Antarctica – Uglegrad. Under a thick layer of ice, life is “boiling”, and Soviet workers extract fuel under the rays of the quartz sun.
END_OF_DOCUMENT_TOKEN_TO_BE_REPLACED