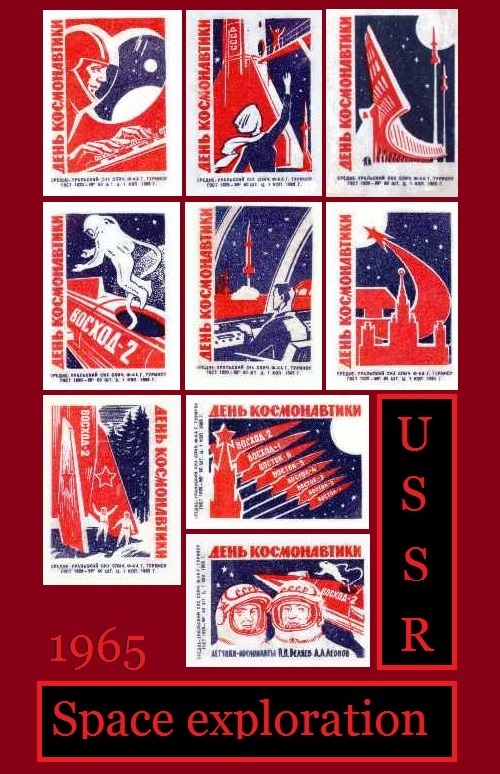 Right 55 years ago, on April 12, 1961 the world has learned the name of the first man in space – Soviet cosmonaut Yuri Gagarin. The USSR printing factories released in large quantities posters, stamps, matchbox labels devoted to the great event. This post features Space exploration Matchbox labels of the time. People began collecting match-box labels as soon as they appeared. There were collections in the Soviet Union which included labels made in 1846. During the past 100 years collecting match-boxes has become a very popular hobby. Thousands of Soviet people collected match-box labels, sold, bought, and exchanged them. The labels show not only the name of the factory and the year of production. They are priceless source of information on history, culture, science, art. On matchbox labels were printed portraits of outstanding people, significant and even historic events in the life of the country, kinds of plants, species of animals, sports, etc. So collecting match-box labels is not just a hobby. Together with philately and numismatics it enriches our minds with interesting and useful information.
END_OF_DOCUMENT_TOKEN_TO_BE_REPLACED

The early USSR period Soviet propaganda porcelain, has become a business card of our country, the same as the jeweler’s art of Faberge, icons, or avant-garde painting. Indeed, nowadays, products from porcelain cost much and sold at the famous auction houses. Meanwhile, vases, plates, cups, dishes and porcelain statuettes were in many Soviet families. But now, the best pieces of the USSR porcelain, and in particular, early Soviet Soviet era, so-called propaganda porcelain is rarity, worth of best museums. In addition, due to the unavailability of items and a sense of historical belonging, and of course, nostalgia for the recent past, such porcelain is now highly collectible.
END_OF_DOCUMENT_TOKEN_TO_BE_REPLACED 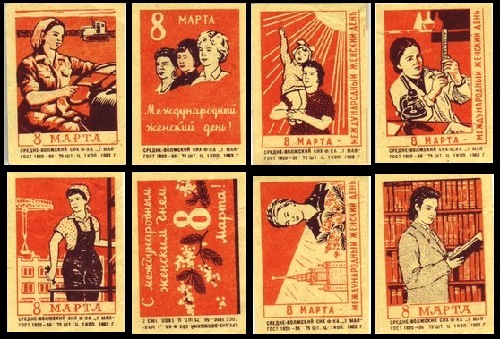 Undoubtedly, collecting matchbox labels, known as Phillumeny, was one of the most favorite hobbies for the Soviet people. In the late 1950’s – early 1960’s in major cities of the USSR appeared Phillumeny sections in the frame of collectors clubs. And, in many cases, philatelists of All-Union Society of philatelists officially supervised phillumenists. Meanwhile, in the Soviet Union, Phillumeny heyday lasted for two decades – 1960-1980.
In particular, it was the Balabanovo match factory, located in Moscow suburbs, which printed labels for the majority of match factories. In addition, they produced special kits for phillumenists – 100 labels in the set, as well as souvenir sets. Besides, the Baltic factory produced the similar kits, but with their own labels. At the end of 1980 the production of sets for collectors stopped. In part, due to the transition of many factories for the production of matches in cardboard rather than in veneer boxes. After 1991, Phillumeny craze began to decline, and most Phillumeny sections ceased to exist.
END_OF_DOCUMENT_TOKEN_TO_BE_REPLACED