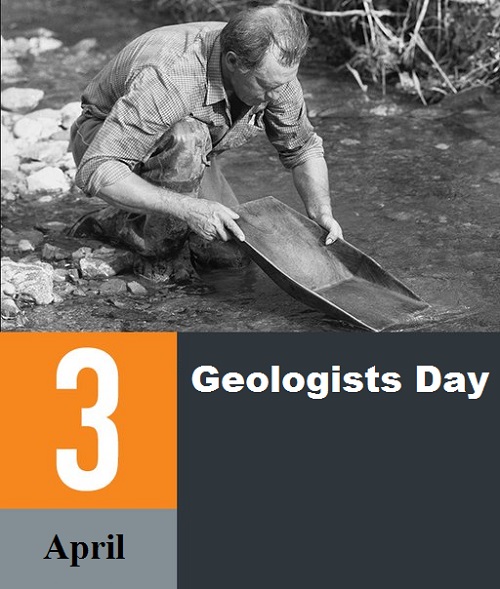 3 April 2016 is a 50-year anniversary of the Soviet professional holiday Geologists Day.
First celebrated in 1966, the Day of Geologist is on the first Sunday in April. It is the professional holiday for the most romantic profession – geologist. It was established by the Decree of the Presidium of the Supreme Soviet of the USSR of 31 March 1966 in commemoration of Soviet geologists work in the creation of the mineral resource base of the country. In fact, the reason for the establishment was the opening of the first fields of the West Siberian oil and gas in 1966. Chosen on the first Sunday in April, because it is the start of most geological expeditions, and in order the geologists could have time for celebrating their professional holiday. Then, they leave for distant sparsely populated areas of the country for the summer, until late fall.
END_OF_DOCUMENT_TOKEN_TO_BE_REPLACED 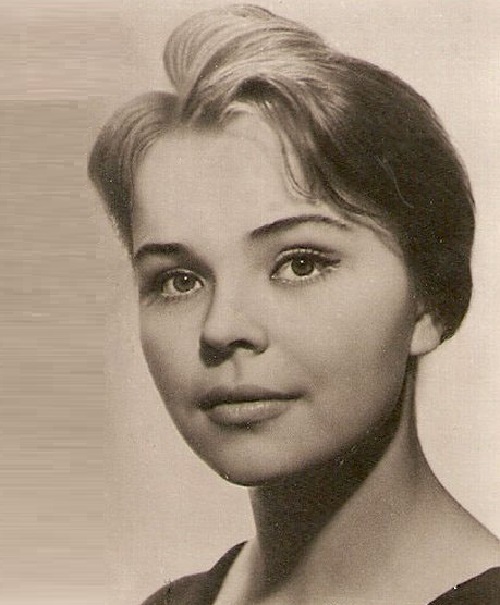 Soviet actress Tamara Syomina was born 25 October 1938 in the town of Lgov of Kursk region, into the family of army officer. Her father was a tank regiment commander who died during the World War II. In 1942 her mother Tamara and her two children were evacuated, and later they moved to Bryansk, where Tamara attended school. In 1946, in the life of Tamara appeared stepfather – Peter Syomin, who became for her a loving father and a true friend. As a gratitude to him, Tamara bears his name. After high school, Tamara decided to go to school for working youth, at the same time working part-time as a librarian and a secretary. Having decided to become an actress, she came to Moscow, and in 1956 became a student of workshop of Pyzhov in the All-Union institute of Cinema.
END_OF_DOCUMENT_TOKEN_TO_BE_REPLACED 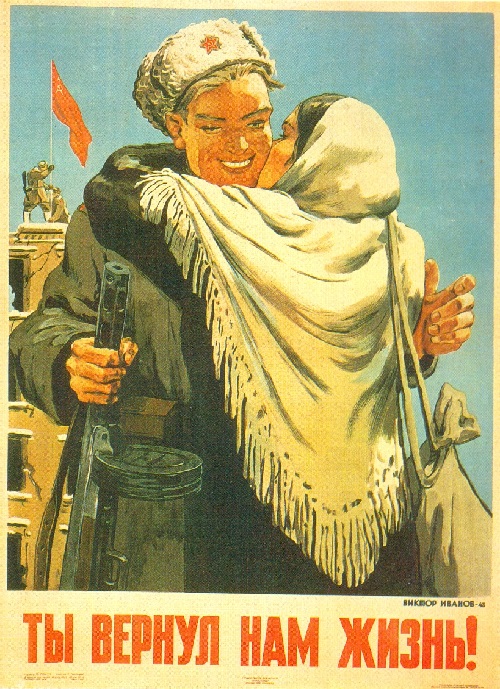 Born 29 October 1909 in Moscow, Soviet poster artist Viktor Ivanov was an honored Artist of the RSFSR (1955) and Corresponding Member of the USSR Academy of Arts (1958). A recognized master of political posters, he worked as a painter and artist of cinema. In 1929 he graduated from the Moscow State Technical College of Fine Arts, where he was trained at the Studio of D. Kardovsky. The same year he entered the Institute of Painting, Sculpture and Architecture of the Russian Academy of Arts in Leningrad, from which he graduated in 1933. While a student, he began working as a poster artist of Izogiz. In 1930 he worked as a film artist at the “Mosfilm”. Since 1934, he became a permanent participant of all-Russian, all-Union and international exhibitions.
END_OF_DOCUMENT_TOKEN_TO_BE_REPLACED 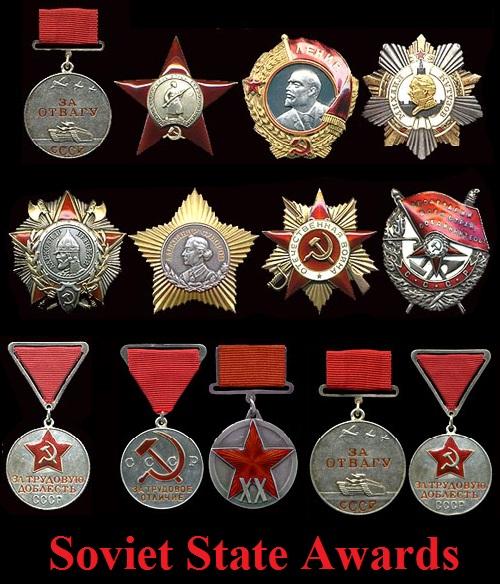 Soviet State Awards
From the very first days of its existence, the young Soviet Republic was in the ring of fire fronts. Soldiers and commanders of the newly established Red Army showed unprecedented courage and heroism of defending the gains of October. September 16, 1918 decree of the All-Russian Central Executive Committee (Central Executive Committee) established the first Soviet award – the Order of the Red Banner. It was given to soldiers and commanders, military units and formations, groups of workers who played a prominent role in the defeat of the interventionists and internal counterrevolution. April 8, 1920 the Central Executive Committee established for rewarding senior officers – the Red Army Honorary revolutionary weapon – saber (cutlass) with gilded hilt and pommel superimposed on it the Order of the Red Banner.
END_OF_DOCUMENT_TOKEN_TO_BE_REPLACED 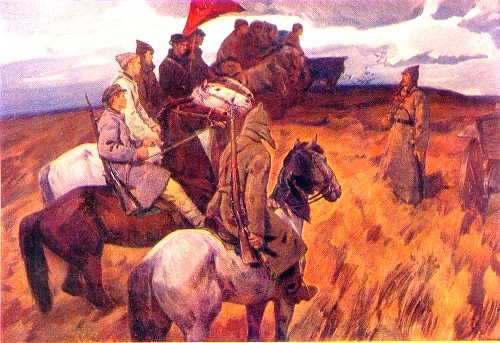 Russian Soviet painter Victor Shatalin (1926 – 2003) was a master of genre painting on the military, revolutionary and patriotic themes. Victor was born in a village of Saratov region. From the age of 13 he studied at the Leningrad Art School at the Academy of Arts of the USSR. In 1941, 15-year-old boy went to the front, and became the “son of regiment” of the 1st Ukrainian Front. After the end of World War II, in 1945, Victor attended the Kiev Art School named after Shevchenko, after which he entered the Kiev Art Institute.
END_OF_DOCUMENT_TOKEN_TO_BE_REPLACED 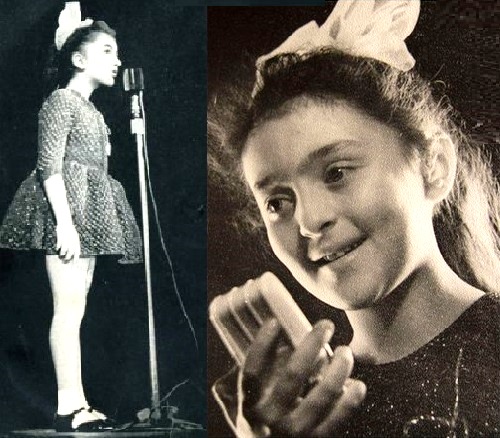 Orange sky of Soviet children. In the 60s of the last century the song “Orange Song” was very popular in then the USSR. This song was first sung by a 7 year-old Georgian singer Irma Sokhadze during her first tour in Moscow. She sang the “Orange Song” in the garden of “Hermitage” in summer of 1965. In a very short time the song became insanely popular. It was sung by everybody. Yet the voice of 7 year-old Irma could not be confused with someone. It was recognized at once – an amazing lyricism and striking for the child professional tone. The song was specially written for Irma by poets Grigory Gorin and Arkady Arkanov in collaboration with composer Konstantin Pevzner.
END_OF_DOCUMENT_TOKEN_TO_BE_REPLACED 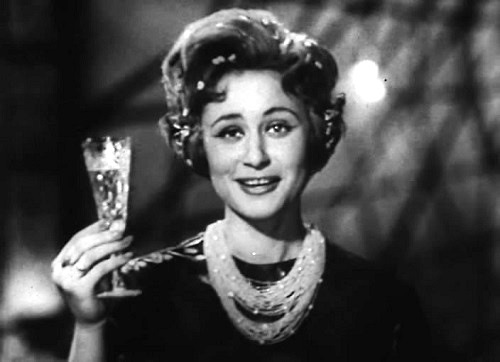 Do not believe those who mistakenly say that there wasn’t fashion in the Soviet Union, and if even it was, then all was copied from the West. Soviet fashion of the Soviet era has always existed since the time of the New Economic Policy of the 1920s. So called Gatsby style with its short hairstyles, cute hats and dresses with low waist blossomed in the 1920-30s. Fashion rapidly developed after the Second World War. Women who a decade earlier had to forget about their feminine essence, put on rough clothes and stand up to the machine, or even go to the front, again wanted to be beautiful. Soviet woman were interested in fashion, always dressed fashionably, sewing herself using fashion magazine or ordered desirable model in the fashion atelier, there were a lot of them in every city of the USSR. Soviet fashion magazines, the choice of which was always offered to the clients of fashion atelier. Fashion magazines were available through the subscriptions, by mail. There was such a postal service – an annual subscription to fashion magazines. The first Fashion House was opened in Moscow, and it got the status of all-Union. In 1953 it first took part in a Prague International Competition of clothes. Almost every major industrial city had its own fashion house. Fashion magazines were published by Leningrad, Moscow, Minsk, Kiev fashion houses. Every fashion house had its own shop selling new models.
END_OF_DOCUMENT_TOKEN_TO_BE_REPLACED